You're going to want to clear your calendars from August 3 - 6 this year because woah, Lollapalooza has summoned a superb crop of headliners for their 26th round. Chicago's hometown hero Chance the Rapper will headline for the first time, while pop music royalty Lorde returns for her second appearance since 2014. Also sharing the Grant Park glory are Arcade fire, The Killers, Muse, DJ Snake and revived punk rockers Blink 182 (fronted by "UFO Researcher of the Year" Tom DeLonge) in the comeback tour we've all been waiting for. Lolla marks Arcade Fire's only festival appearance in the U.S for 2017, despite a summer schedule for the band that's packed full with European festivals like Primavera Sound, Isle of Wight and Roskilde Festival.

Tickets are almost 100% sold out, but you can get Sunday passes here while they last. 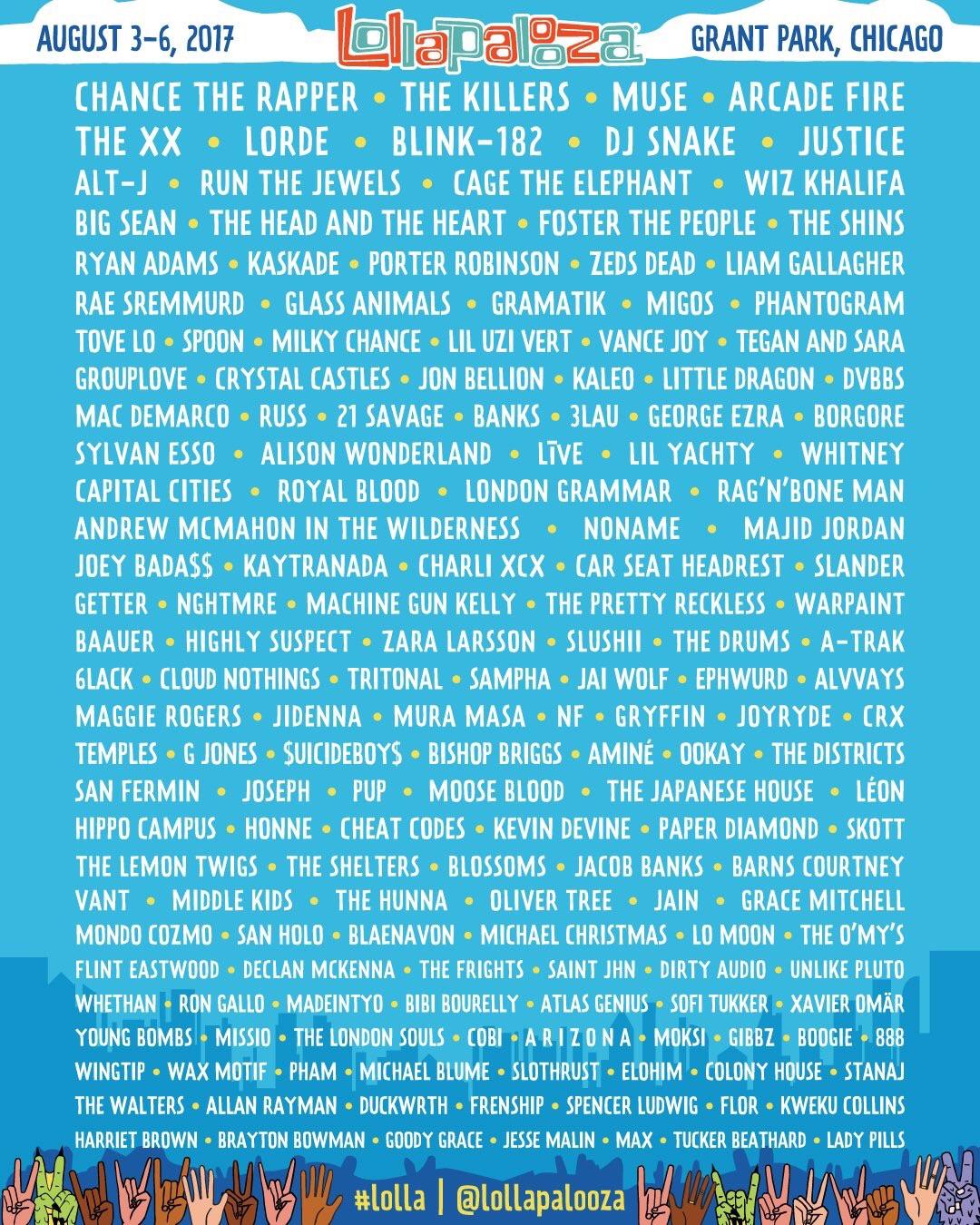