Organizers describe Rising Dawn, the festival's seventh chapter, as a "new quest toward a unified humanity," describing this year's outing on its website as follows:

"As one great cycle comes to a close, a new beginning is birthed. In the fateful moment just before the Ouroboros cosmic serpent chomps down on his own tail, there is a liminal moment, a long and silent pause, an opportunity to spiral into a higher lucid octave of consciousness, rather than mindlessly repeating old stories and patterns. We stand on such a precipice, and looking out upon the horizon, with gratitude for the integration of the learnings from a long and challenging quest fulfilled, we see a familiar sunrise. A new day is upon us. A new story is welling in our hearts...We see this next rite of passage as a new quest toward a unified humanity, and we joyfully say YES, and Thank You!"

Lucidity also offers its now signature Lucid University CourseWeek ahead of the festival, which promises a rare opportunity to learn from experts in an exciting environment. This year's tracks include CommunityWorks, EcologyWorks, and InnovationWorks, and Independent Study.

Check out the full lineup and dates below. 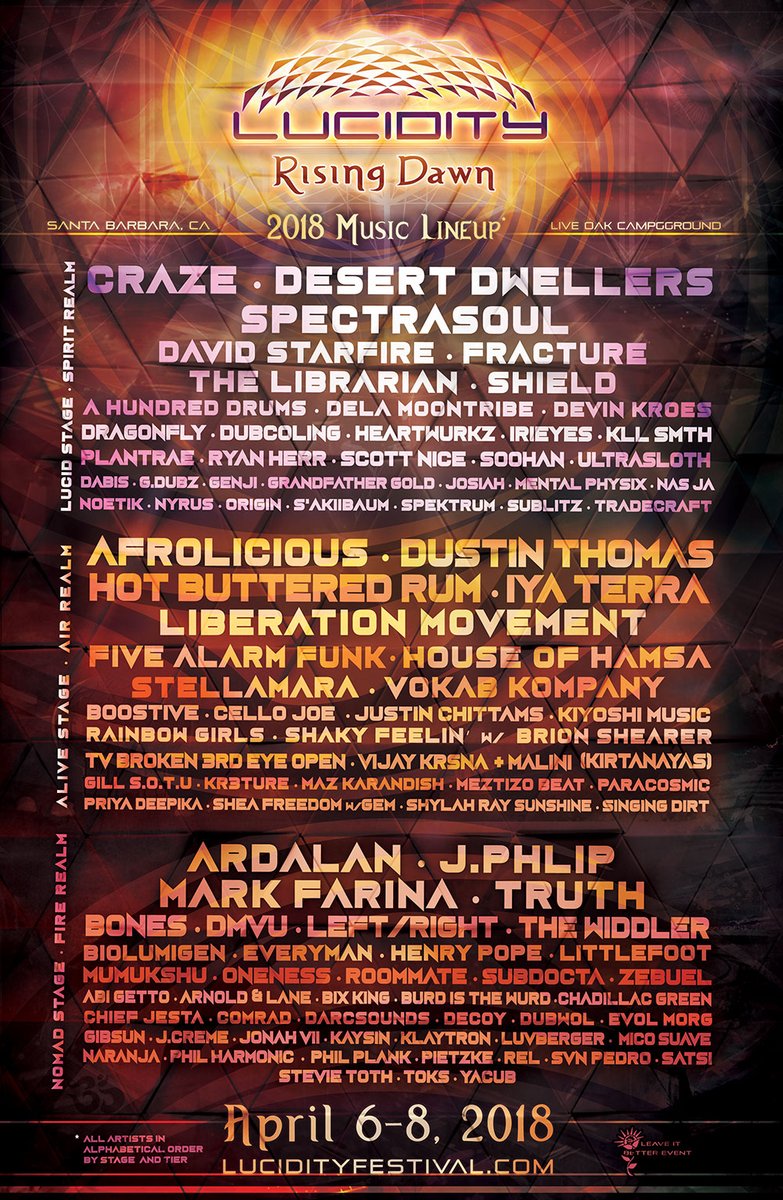