World Cup is upon us! And as dozens of nations root for their home team, everyone’s eyes are fixed on Brazil. If you’re planning on checking out the action in person, look no further than this handy guide to the most important destinations during the FIFA semi-finals: Rio de Janeiro, Sao Paulo, Brasilia, and Belo Horizonte.

There’s really no other city in the world quite like Rio, with its iconic powder-sand beaches and the scattered shanty towers that creep up and down verdant hills. Locals have mastered the art of carefree living, and after one handmade caipirinha, you’ll gladly join the tribe as well.

You have to visit Christ the Redeemer (Cristo Redentor). It would be like going to Paris and avoiding the Eiffel Tower. Soaring above the city atop a natural granite spire, the statue guards one of the most brilliant viewpoints on the planet: the snaking urbanization of Rio betwixt jagged peaks of untouched jungle. Try going early in the morning before the crowds fill up the lookout—tickets for the tram can be purchased online, which is recommended in the busier months in case seats sell out. 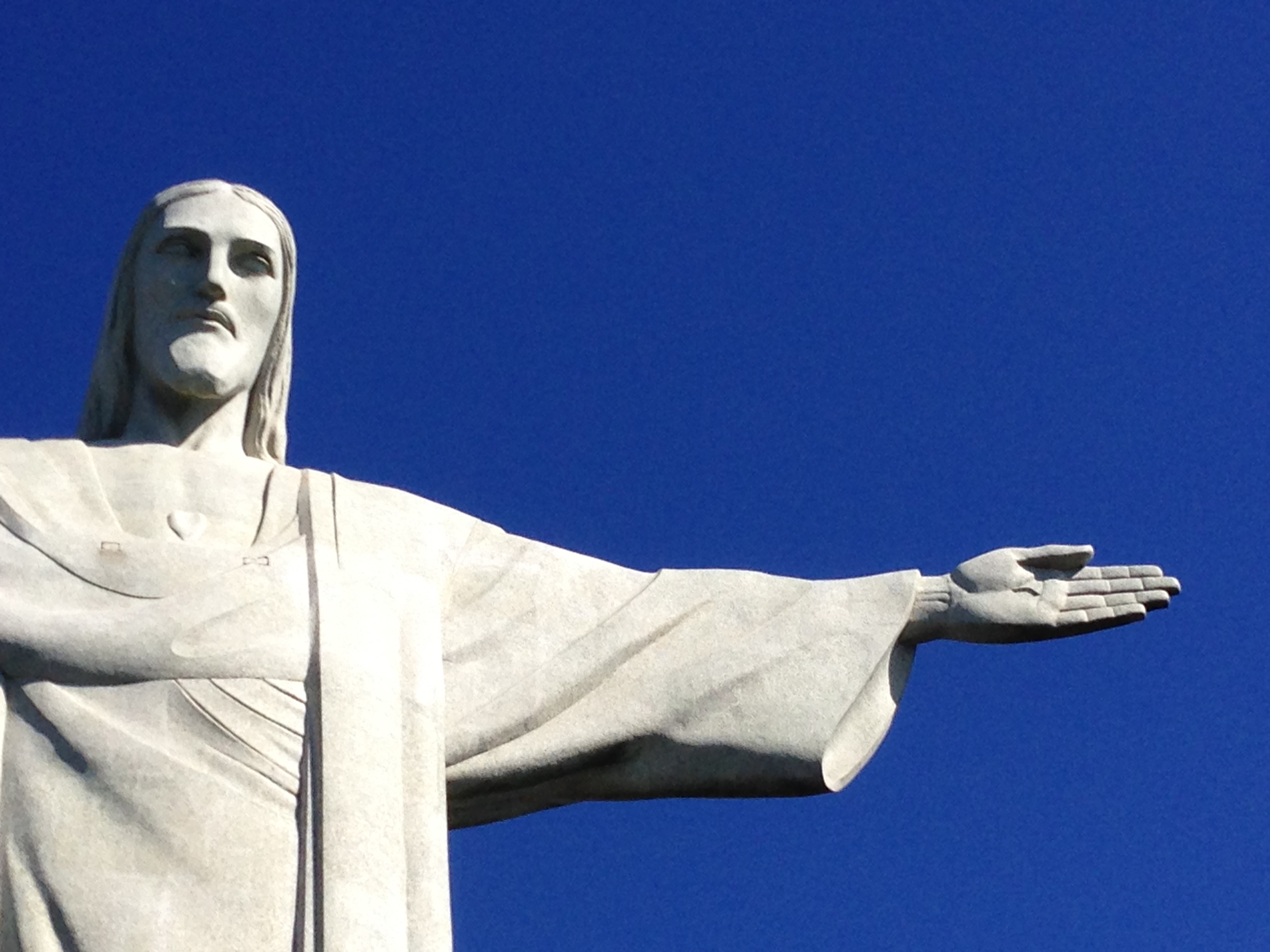 For a secret lookout point known only to locals, try mounting the Two Brothers— the twin peaks at the far end of Ipanema beach. You’ll need a private guide, like the ones from Kensington Tours, to help you find the way, as the trailhead starts in a back alley of a favela. But once you hike through the jungle weeds to the top, you’ll be rewarded with a postcard-worthy panorama that takes in all of the city’s major must-sees.

Live the Carioca lifestyle and opt for an apartment in Ipanema or Copacabana instead of overspending on a hotel. Oasis Collections has found the sweet spot in the rental market by bringing all the services of a hotel to your personal pad. Condos come with daily maid cleaning, a curated guidebook of hot points of interest in the area, and a personal concierge who can book tickets and taxis to anywhere you need.

Although Rio is one of the world’s most fascinating cities, its cuisine scene leaves a bit to be desired. Snacks at Confeitaria Colombo is a must—the veritable cathedral of Art Nouveau brims with stained-glass swankiness befitting a queen. Munch on bite-sized desserts at the original location downtown, or enjoy savory appetizers with a beach view at its satellite spot in Copacabana. 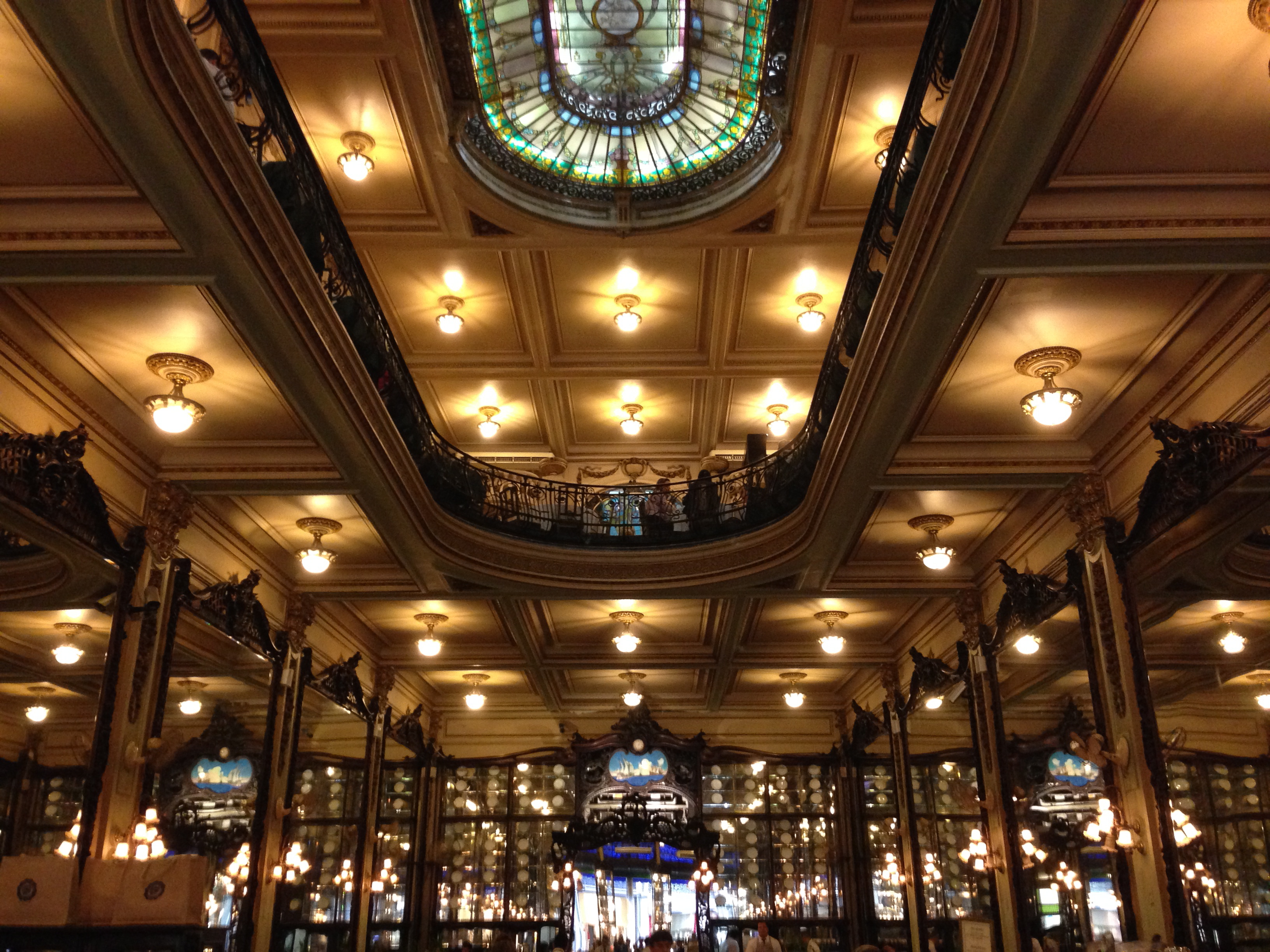 “Sampa,” as the locals call it, competes with New York, Paris, and Tokyo for some of the best food in the world. Surprisingly cosmopolitan in its selection of cuisine, Brazil’s financial capital offers a superlative selection of Italian and Japanese dishes due to its large immigrant population. But the city isn’t just about eating—there are some fun and fascinating districts tucked between the corporate towers.

While Rio’s attractions are more in your face, Sao Paulo’s to-dos are hidden among the unrelenting landscape of infinite skyscrapers, the perfect reward for travelers who prefer a little treasure hunt. Vila Madalena is the city’s bohemian jewel—a neighborhood stuffed to the brim with artist ateliers and cool cafes. Explore the area on a private U-Bike tour and you’ll uncover secreted alleyways covered in government-sanctioned graffiti, like giant canvases for the city’s taggers to decorate. 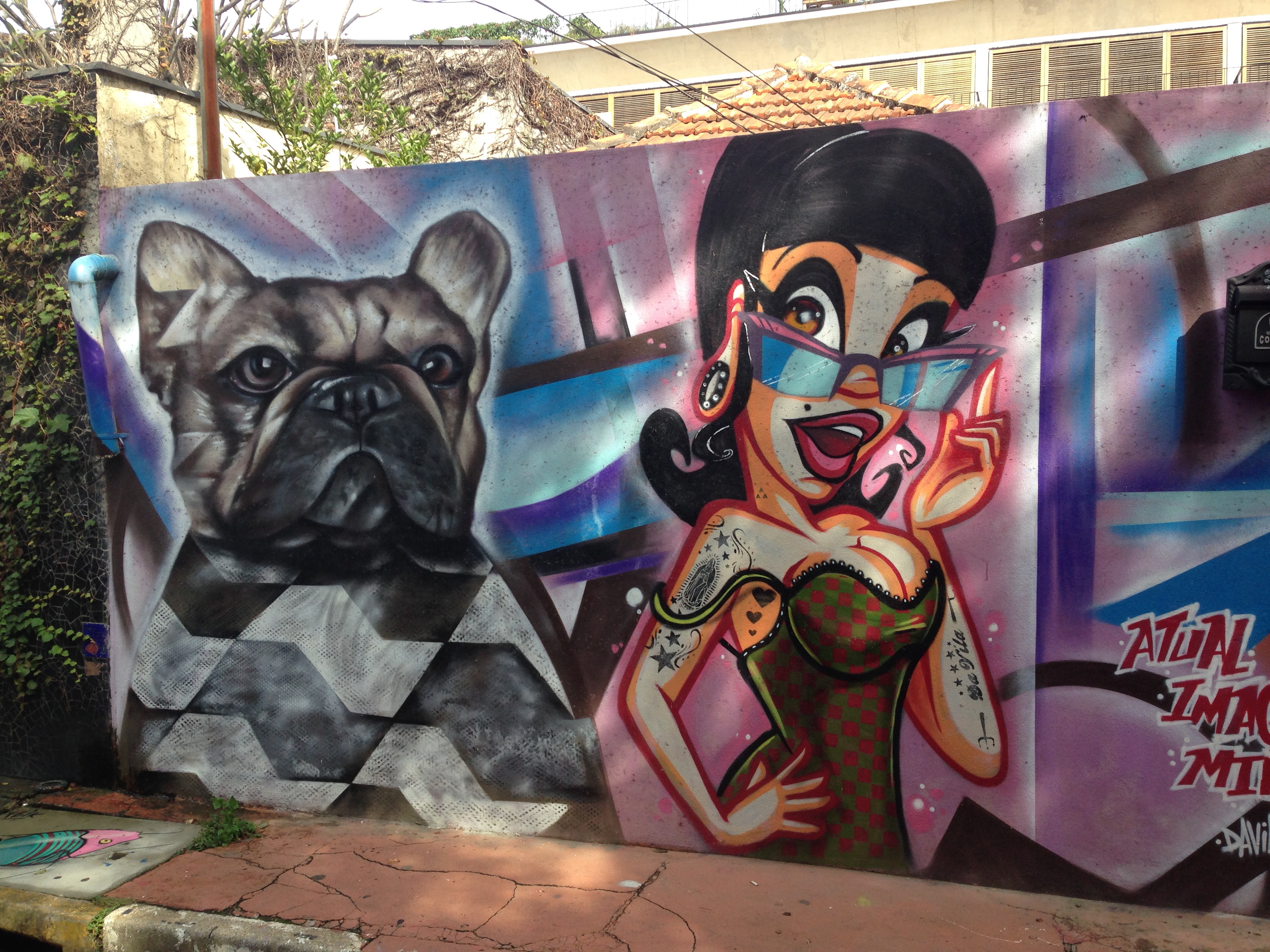 Undoubtedly one of the coolest addresses in town, Unique is precisely that: an architectural anomaly that’s taken modernist design to a new level. The exterior is a spaceship-sailboat hybrid that holds a cache of monochromatic rooms in its hull. Don’t miss the strange underground lap pool (it’s like you’re swimming in an Escher drawing), which contrasts the scarlet-tiled swimming area on the roof.

Try Kinoshita, in the swanky Jardins neighborhood, for one of the most refined kappo dining experiences on the planet. Dishes—from soba to sushi—are prepared in simple fashion using only the finest ingredients. As chef Murakami says, he wants his food to “kiss your belly.” 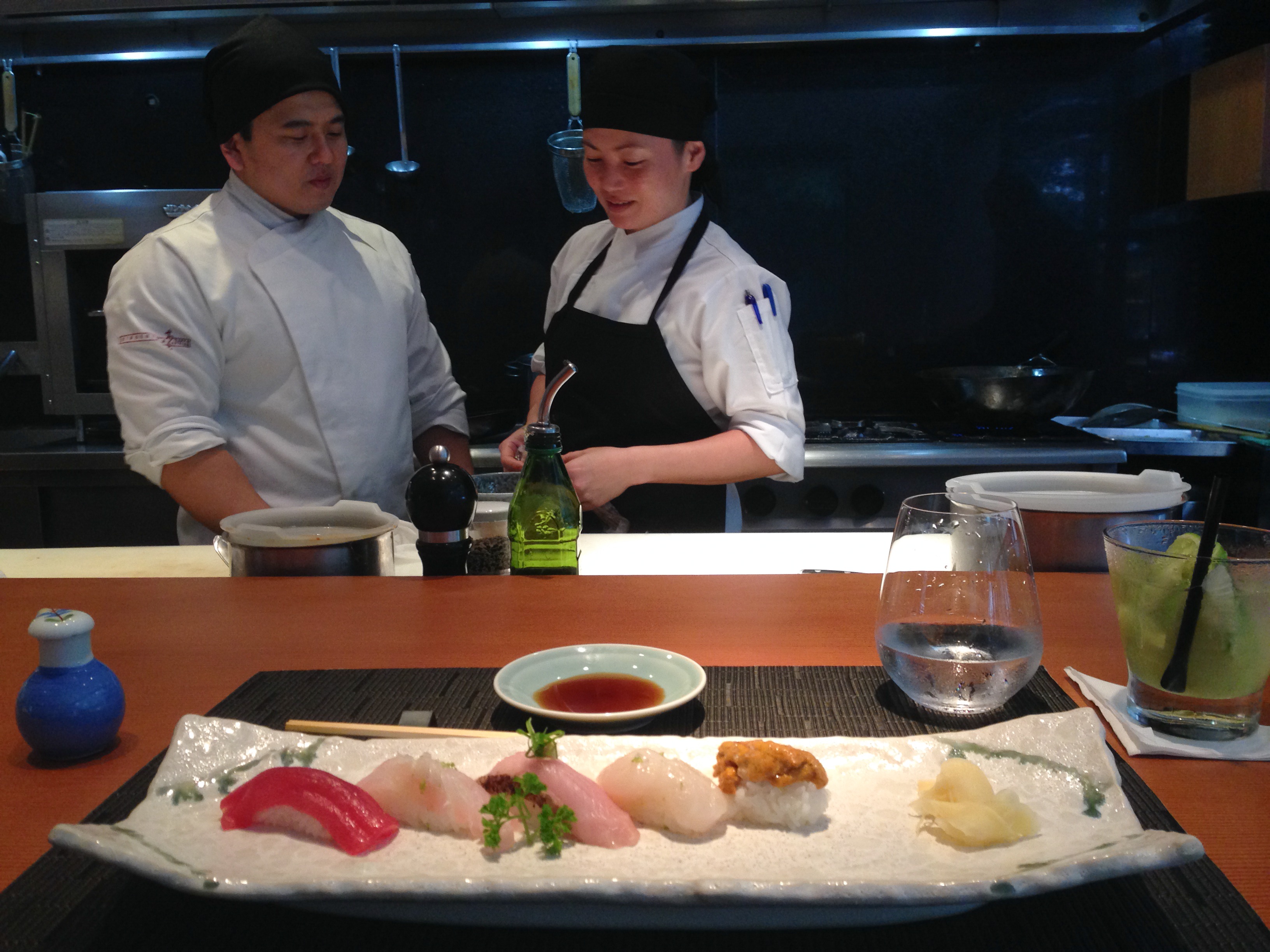 Sao Paulo’s coffee scene is also of note, with dozens of cool cafes sprinkled throughout the city. Coffee Lab takes cupping to the next level, with baristas dressed in technician jumpsuits serving a hand-blended assortment of roasts.

If you’re looking to dine with a view, look no further than Skye, a bar and restaurant with an exquisite outdoor space offering 360-degree views of the entire city. The evenings are particularly magical as you tuck into a delicious Paulista pizza and watch the sun set behind the futuristic skyline. 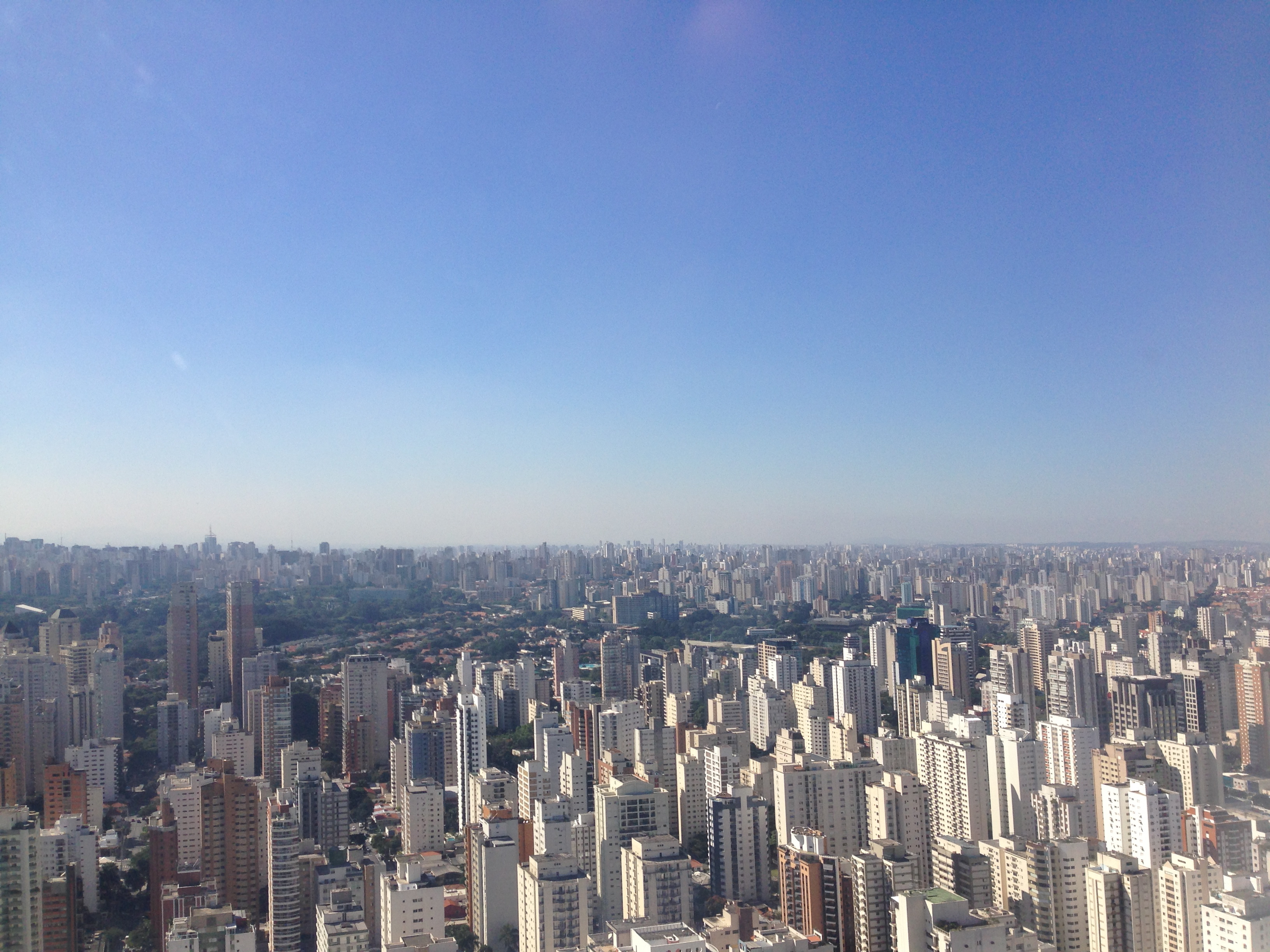 The man-made city of Brasilia is all about Oscar Niemeyer, the famous Brazilian architect and urban planner who designed the nation’s capital from scratch. He filled it with strange iterations of contemporary design in an attempt to show the world that his country was modern and forward thinking.

Trio Gastronomia serves up serious eats in a truly unique environment: There’s but one table in the entire restaurant (with 14 chairs), which means all of the attention is lavished upon you and your food.

The capital of Minas Gerais is a cross between Sao Paulo and Brasilia, with a heady mix of corporate towers and important modernist decor. Check out the neighborhood of Pampulha, delighting the eye with strange architectural iterations like the Church of Saint Francis of Assisi.

The Brazilian spirit cachaça originated in the area, so make sure to test out the tipple here. Try Xapuri for some down-to-earth home cookin’.

Travel expert Brandon Presser is an award-winning writer, photographer, and TV personality. He's penned over 40 guidebooks—most for Lonely Planet—and has appeared on a variety of programs for ABC, CBS, and the Weather Channel. For more, check out www.brandonpresser.com.