More a Way of Life Than a Sporting Event 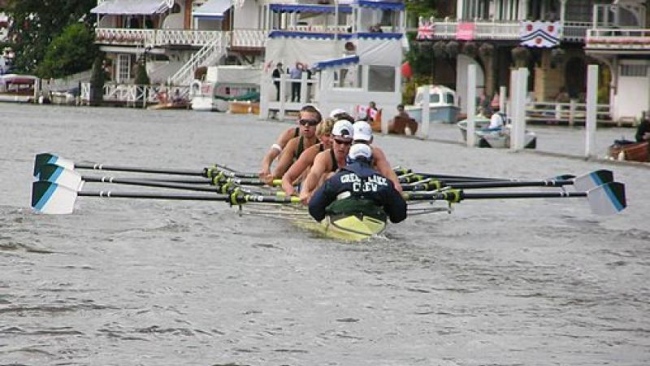 If Thurston Howell, the aristocratic character on the sitcom Gilligan’s Island, ever existed in real life, he would have been a regular at the best-known regatta in the world, a highlight of the British upper crust summer sporting calendar and social season. In college, I spent a spring quarter schooling less than ten miles from Henley-on-Thames and, thus, I had the golden opportunity as a twenty-year-old to experience English nobility at its finest.

Approaching nearly 200 years since this annual event was first held, “the Royal” (as it’s called by insiders) is frequented by English royalty, Olympic rowers, and a hodgepodge of international jetsetters and local country Brits. Fortunately, it’s not quite as stiff as it used to be, but there are definitely a few key rules to know (which, of course, as a college student I completed subverted):

Cheerio, good chap. This is as jolly as ol’ England gets.