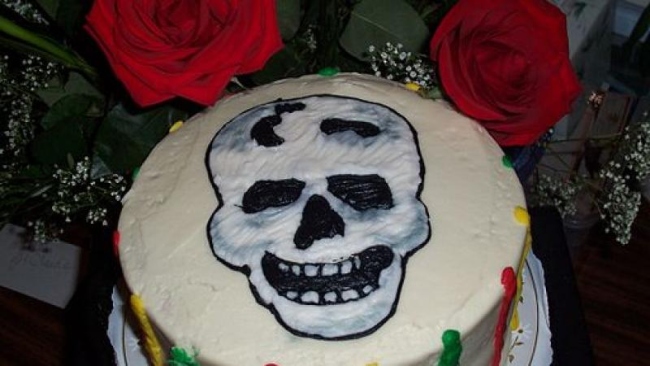 By Rochelle Hartman via Wikimedia Commons

Halloween babies are a spooky lot. At an early age, you learn that everybody dresses up like goons and goblins on your birthday. Life is one big masquerade party. Early in my life, I thought it was pretty fun, but it wasn’t until my forties when a small group of us ventured down to Oaxaca, Mexico for my birthday that I realized what a transcendental celebration it can be.

Why choose Oaxaca to celebrate the Day of the Dead, which officially occurs the two days after Halloween (November 1 and 2)? This southern city offers a wide range of activities from a Best Altar competition to cemetery tours to trips to Xoxocotlan on October 31 and later that same evening, Santa Maria Atzomp. Plus, Oaxaca has wonderful colonial architecture and a celebrated culinary reputation especially for their savory chocolate specialty, mole.

The origins of this festival come from All Saints’ Day (also known as All Hallow’s Eve), but it’s also said to come from a Celtic tradition that October 31 marked the end of summer, a time when the spirits of those who died tried to come back and take over the living body of someone else. The craziness of Halloween celebrations can be traced to the idea that ghoulish costumes and noisy processions might scare these spirits away. When the Spanish came to Mexico, they discovered a local tribal tradition based upon the premise that the recently dead hadn’t yet departed. At the end of harvest season in late August, a festival called Miccailhuitolntli (Little Feast of the Dead) would celebrate the young who had died followed by Hueymiccaihuitl (Great Feast of the Dead) that would help provide a pleasant journey – with feasts and flowers – for those moving on.