My First Festival: Albert Hammond, Jr. of The Strokes

Albert Hammond Jr. may be a seasoned veteran when it comes to performing at music festivals around the globe, but he didn’t have much experience with festivals growing up. The guitarist says his first exposure to the festival scene was in 2001 when The Strokes played England’s Reading and Leeds Festival . “At first I didn’t understand how festivals worked,” he declares. “I was in shock at the size of the crowd. I wondered how all these people could like all these different bands.”

While his appearance at Reading and Leeds Festival gave him the chance to meet Weezer and former Oasis guitarist Noel Gallagher, Hammond’s first few years playing large festivals outside the U.S. allowed him to rub shoulders with a wide variety of musicians he admired. One backstage memory that stands out for Hammond was meeting Aerosmith in Argentina. “[Frontman] Steven [Tyler] comes walking down the hall with [guitarist] Joe Perry and he says, ‘Hello Mr. Hammond!’ My band was laughing at me because these guys are musicians we grew up with in our teens. It’s just funny that they’re calling out my name. I didn’t even know he knew my name.”

The guitarist adds the backstage scene at small festivals can be just as much fun as hanging out at the big ones. The guitarist remembers getting cozy with Arcade Fire and Arctic Monkeys at a no-frills backstage area during his appearance at Festival de Nîmes in 2007. “That backstage [scene] was hilarious, we were all just sitting there,” he recalls. “I was being very anti-social that night because I was in a bad place, but it was a lot of fun. I still became friends with them somehow.” 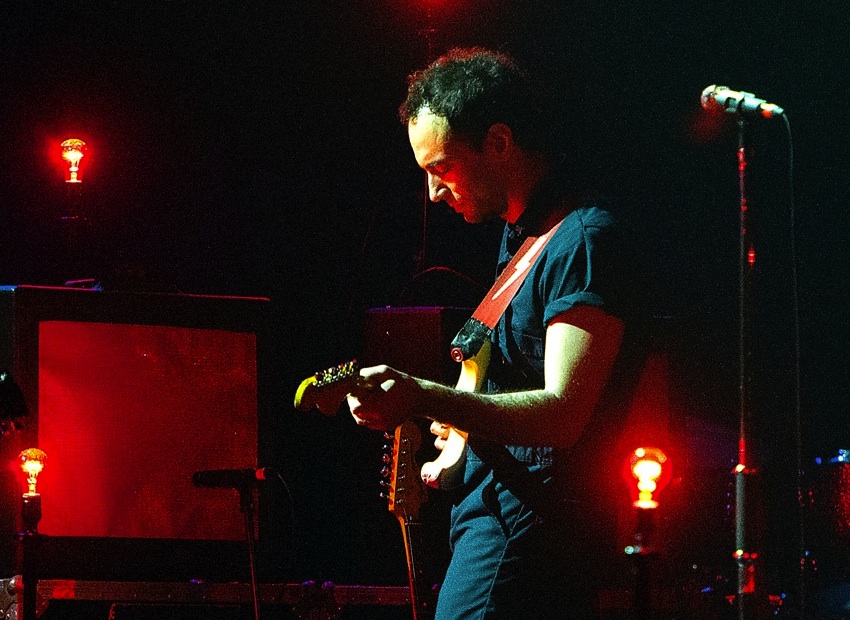 With the summer festival calendar winding down, Hammond has just a few more events to hit: Loufest, Landmark Music Festival, and Austin City Limits . The guitarist has fond memories about the first time The Strokes performed at ACL in 2010, although he regrets not being able to see the Eagles because they were playing at the same time on the opposite side of the festival grounds. “The Eagles were on the other main stage, so it was us and the Eagles [that night],” he explains. “I’m not the biggest Eagles fan, but I still would have liked to have seen a few songs. I kept on looking to see if I could see them.”

Hammond will pull double-duty at ACL this year: he’ll perform his solo material on the HomeAway stage at 3 pm on Friday, October 2, and with The Strokes for their headlining set at Samsung Galaxy stage at 8:30 pm on Sunday, October 4. Because he will spend more time there this year, the guitarist is hoping to gain a different perspective of the festival. “Usually when The Strokes play, it’s at night, and you can’t really see what’s happening [on the festival grounds],” he notes. “I’m looking forward to performing during the day because it’s always a different vibe.”