My Perfect Day in Taipei 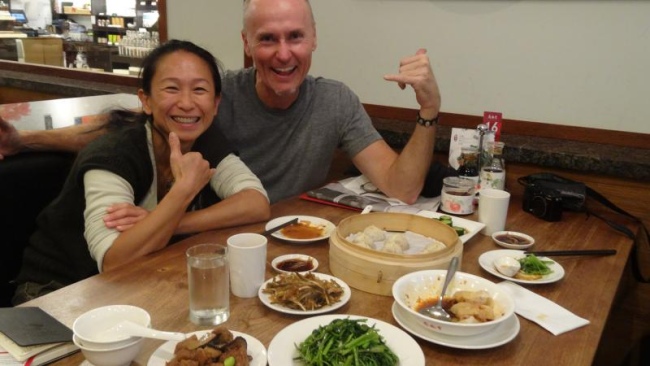 Enjoying my favorite Chinese-inspired lunch of all-time with Patricia

Starting out your day saying it’s going to be the perfect day is like telling your romantic partner in the bedroom, you’ll never experience anything like this again. Expectations are the doormat for disappointment. I came to Taipei with a weary body and diminished expectations. I’d been on the road five weeks and the Pingxi Sky Lantern Festival was the last stop on my Asian festival tour. But, I was fortunate enough to create a day that will rival some of my best days in Paris, New York or Bali. First off, my concierge at the Shangri-La Far Eastern Plaza recommended I take a run up Chongde Street not far from my hotel. For the athletically-inclined, I highly recommend this windy mountain road with a cemetery on both sides for a couple of miles. There aren’t many cultures in the world that would give the best views in their city to those six feet under ground. Tiny temple shacks with wafting incense added to the pleasure of my start of the morning running ritual. 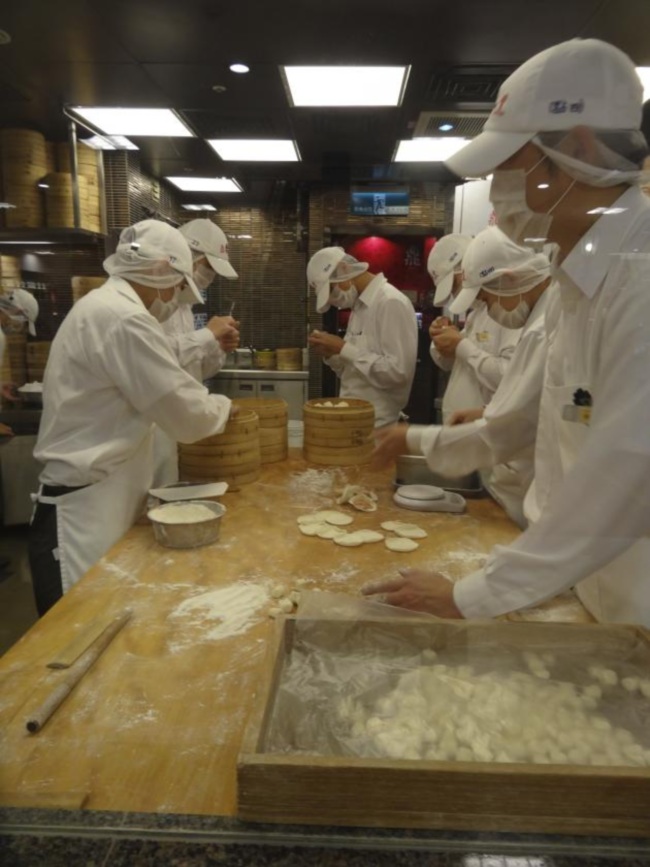 The chefs can be seen from the mall as they create their masterpiece of Xiao Long Bao, the soup dumpling

Then, my next improbable stop was the basement of a SOGO department store in suburban Taipei made even more unbelievable by the fact that this diner-like restaurant has been awarded a Michelin star. Okay, was this a cruel joke? No, I trusted my friend of a friend, Patricia Yu, who’d just relocated back to her homeland. She told me that Anthony Bourdain had said on television that the delicacy here at this restaurant (Ding Tai Fung), Xiao Long Bao, was one of the favorite dishes he’d have had. Given that I wasn’t all impressed with the food in Hong Kong, I went into this dining experience with more than one grain of salt. 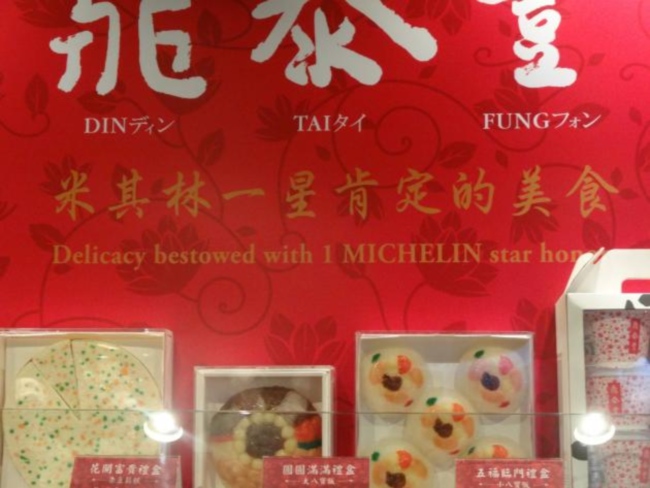 How many diners do you know that get a Michelin star?

Post-meal, all I can say is Anthony Bourdain is absolutely right. The soup dumpling melts in your mouth and every single other dish we tasted was superior to even the best dish I had in Hong Kong or Harbin, my other Chinese cuisine locations on this trip. Better yet, this suburban location was just a five-minute walk from the MRT subway that was very close to one of the most popular hot springs areas on the island, Beitou. So, having satisfied my taste buds, it was now time to reward my aching muscles. 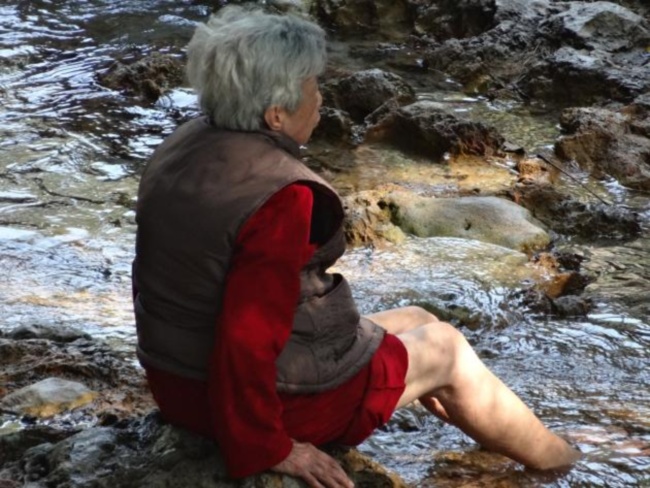 This was one of the first people I came upon after I left the subway station; I knew I was in hot springs territory

The Ketagalan plains aborigines called this place “Patauw,” or the home of witches. There was a pungent smell of sulphur and thick fumes coming from the boiling earth. Partly due to the Japanese occupation between 1895 and 1945, Beitou turned into a hot springs resort area as I know from first-hand experience that the Nipponese love their hot waters. And, the Taiwanese were smart enough to put a subway stop close enough so that you can walk to the waters. Yippee, this is my kind of country! 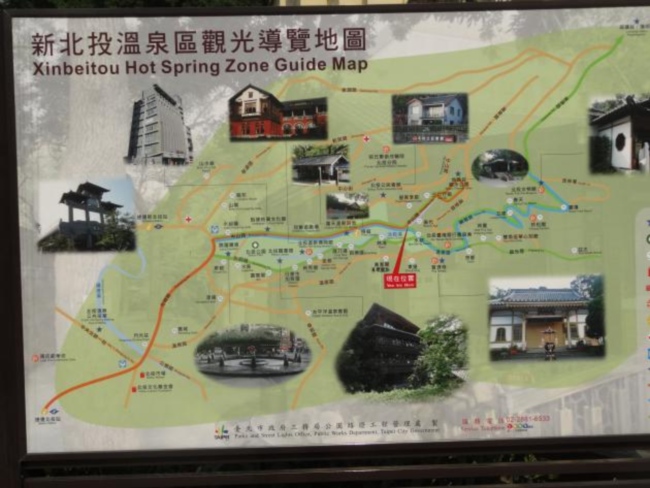 If that last photo wasn’t an indicator, this sign outlining all the various hot springs resort let me know I was approaching heaven

On my ramble through mecca, I came upon a beautiful eco-friendly public library, the Beitou Hot Springs Museum (how many hot springs museums are you aware of?), a trickling creek full of sulphur and barefooted people, and Thermal Valley, which boasts a kind of mineral water only found here and in Akita, Japan. The translucent-green waters have led to this area being called Jade Springs Valley as well and there are more than two-dozen hot springs resorts. After a 20-25 minute walk (chose not to use the shuttle although did the 5-minute ride on the way back), I ended up at the Spring City Resort that overlooked the valley. 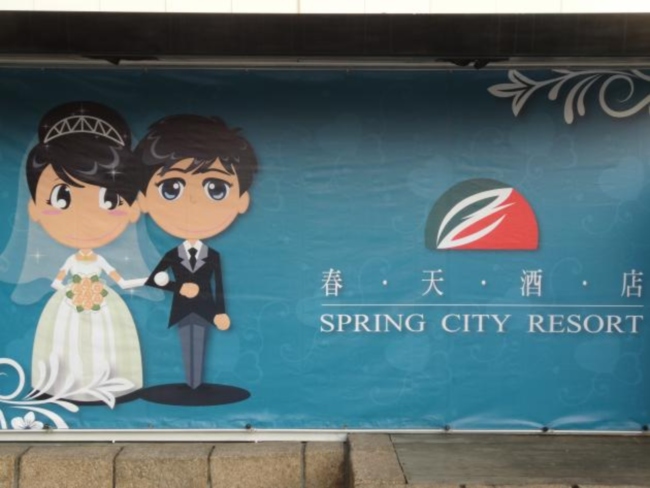 My hot springs playground is also popular for weddings

It cost me just under $30 to explore this amusement park for hot springs junkies. I expected to stay an hour. I stayed for three. There’s a family pool, an outdoor springs pool, a water jet bath, a rejuvenating bath, a Cleopatra bath, a marble bath, an octagonal calm pool, an air bubble bath, a sleeping bath, and an ultrasonic bath. For those of you who are skeptical that these are just different marketing names for the same bath, let me assure that each of these water wonderlands had a very specific and ecstasy-producing effect. I could have spent a whole day at Spring City and next time will spend the night as hotel guests get to use all this Disneyland for adults for free. 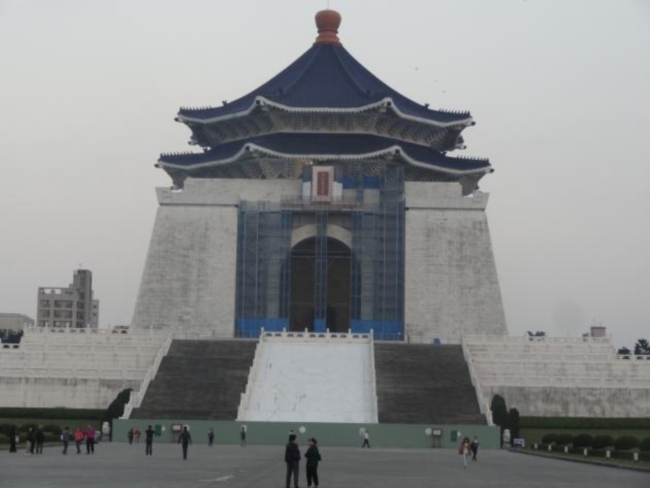 So, I’ve had a spectacular run, an award-winning meal, an afternoon of sybaritic pleasure, and next – by means of the most reliable friend in Taiwan, the MRT – I was in Liberty Square really intrigued by this country that is called the Republic of China and better known as Taiwan. Now, my head needed feeding as I was intrigued by just how this country was politically or culturally separate from Mainland China. And, Liberty Square gives you a sense of the grandeur and aspiration of this little island country. Finally, my perfect day ended with a nearby stop to the soul-stirring Longshan Temple and Huaxi Street Night Market (which I wrote about here). 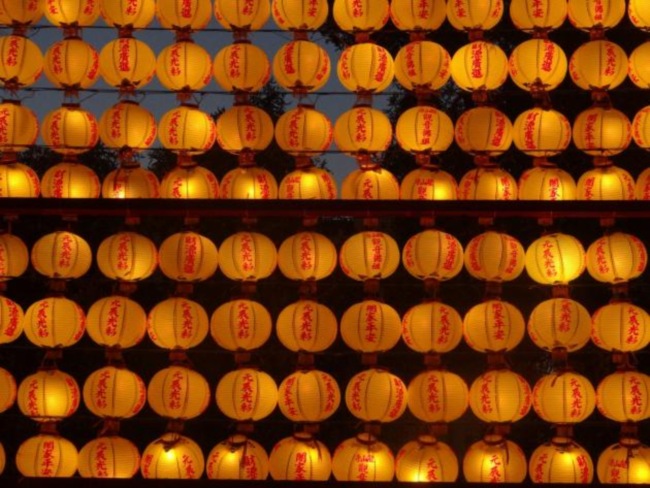 The lanterns that surround every side of the Longshan Temple

Taiwan and Taipei, I had no idea I might enjoy my first date with you as much as I have. I’m coming back for a second date some time soon, although I’ll keep in mind that Disappointment = Expectations – Reality equation that so often trips up travelers, lovers, and stock analysts.