Northern Nights Music Festival has been a staple in the California alternative festival scene for six straight years, and for good reason. The lineups place a premium on featuring producers and DJs who range from the emerging to the internationally known, and there is a marked emphasis on fostering unknown acts to help them build a following. Add in the gorgeously lush setting amidst the majestic redwoods of NorCal, the swimming holes and bubbling waters of the South Fork Eel River as well as some distinctly laid-back Californian and bohemian vibes, and you’ve got an event that stands out from the rest.

Northern Nights' Phase 1 lineup recently dropped, and it's already got tickets selling quick. It's got bona fide headliners (Emancipator? Check. Thomas Jack? Check. Grammy winners Brasstracks? Uh huh. Justin Martin? Yep!), emerging favorites like Walker & Royce, and even names who are awesome but might not have gotten down to yet, like Screech Owl and Naughty Princess. With such a strong Phase 1 in the books, we can't wait to see what names drop next. 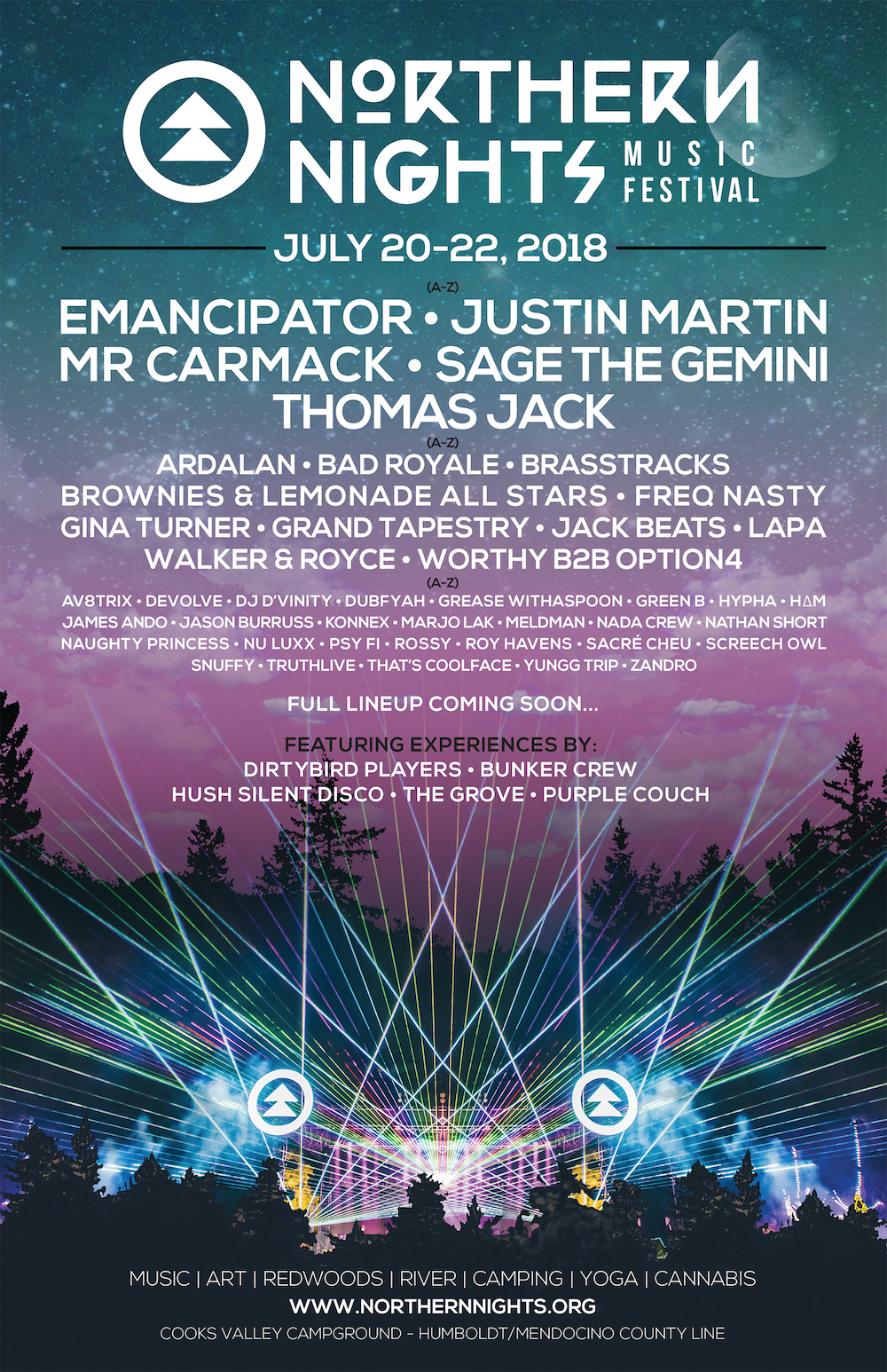 This is the festival's first year teaming up with Starr Hill Presents (Red Light Management) and The Emerald Cup (cannabis cup) so that the fest's vision can be more fully realized than ever before. Northern Nights considers itself a pioneer within the festival circuit for honoring its home region's (known as the Emerald Triangle) thriving cannabis industry, and boasts a dedicated 215 Zone where vibes are (legally) high and the stigma around marijuana is nonexistent.

Beyond the music, yoga classes are offered daily, in addition to wellness workshops. There is also a heavy emphasis on artistic expression, with artists invited to create by drawing inspiration from the natural surroundings and various art galleries exhibiting alternative and locally inspired art. If that’s not enough non-musical entertainment, there’s also stand up comedy for all festival-goers to enjoy. And don't forget to set aside a moment or two to chill out in the Hammock Lounge.