Concert promoter Nick Farkas of Gillett Entertainment Group began this Montreal festival in 2006, in an effort to capitalize on the growing indie rock scene there. Shrewd enough to know that people wouldn’t completely take a chance on a first-year festival of the size he’d scoped out, he positioned a handful of underground and emerging bands alongside bigger names.

Fast forward to 2018, and Osheaga Music and Arts Festival still mixes superstars with up-and-coming artists, but the focus has widened to include more genres such as hip-hop, R&B, dance music, and pop – much to the delight of its thousands of festival-goers.

Today, the festival released one of the most diverse and sprawling lineups seen so far, infusing the usual 2018 festival season headliners with more surprising additions. Take a look below and grab your passport. Looks like a trip across the border is in order this summer. 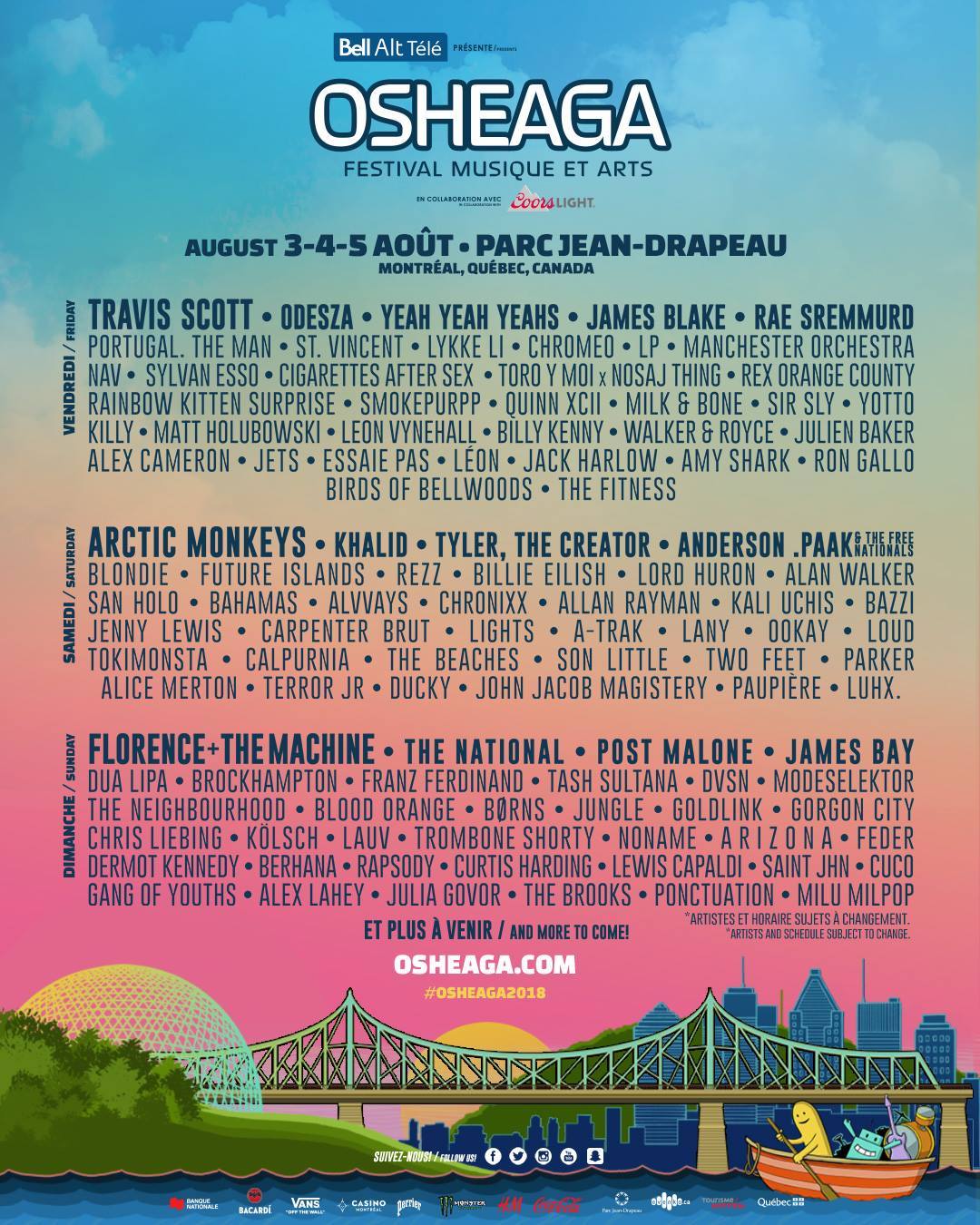