Over The Rainbow: Gay Wonderland 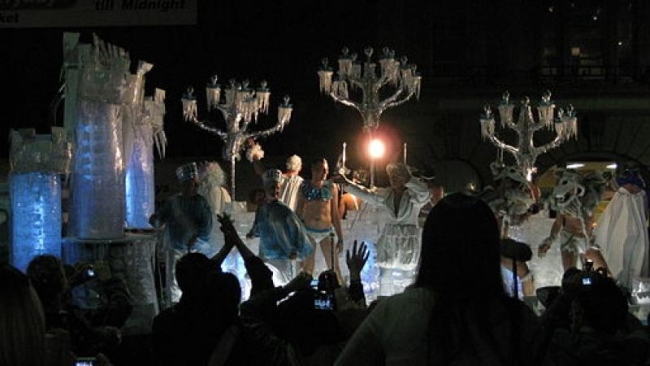 Sydney, Australia has long been called Oz, but in the middle of their summer (our Northern Hemisphere winter) occurs the kind of festival you won’t see in Kansas. In my humble opinion, Sydney Mardi Gras has grown into the most well-respected gay, lesbian, bisexual, and transgender (LGBT) annual event in the world. There’s the most bodacious and rowdy parade in the Western World, the Bondi Beach Drag Races, a Harbour Party, a Film Festival, a Fair Day, and a series of academic and cultural discussions that make this celebration perfect for the hedonist or the egghead, whether you’re straight or not-so-straight.

My personal experience was making the trek with a few San Francisco friends in 2009 at a time when I was struggling professionally and personally. To be honest, I almost cancelled last minute as it felt like such a long way to go for the kind of fabulousness that exists in my backyard. But, I’m thrilled I went as I think the fact that so many people travel from so far to go “down under” means there’s no jadedness nor apathy which something you see showing up in New York, Los Angeles and San Francisco amongst the gay locals.

Additionally, this isn’t just a weekend event (by the way, it’s big festivities aren’t during the normal time you see Mardi Gras and Carnival elsewhere; it’a always the first Saturday in March). Yes, there are endless parties, a massive parade and fair, but I’d highly recommend you spend some time on the festival’s website as it’s one of the better festival sites on the planet and gives you a sense of not just the bigger events, but also some of the lesser-known opportunities that are especially suitable to the introverts in the crowd.