Pageant of the Masters: A little Hometown Pride 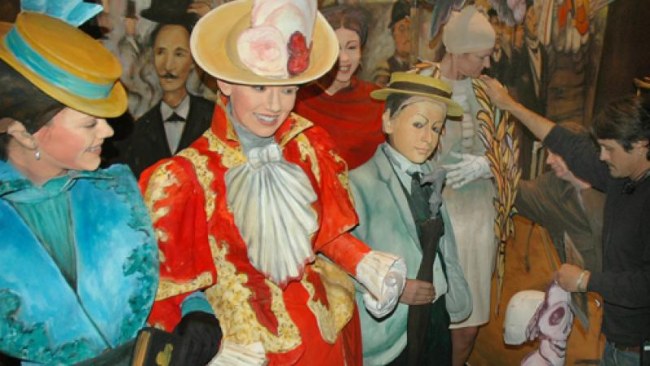 I was born in Orange County, California and grew up in Long Beach. But, I spent quite a bit of time with friends in Laguna Beach that was the one artsy, liberal enclave behind the white bread “Orange Curtain.” Laguna is quintessentially an old-school California beach town. Svelte and tall blondies playing volleyball and basketball within a stone’s throw of the ocean. Dolphins cavorting just 30 feet offshore. A cute downtown full of healthy diners and mostly cliché art galleries.

Laguna Beach was always the art colony of this stretch of California, a place where malcontents and rebels gathered to make art of all kinds. Over the years, Laguna got to be pretty pricey as a place to live, but the most famous remnant from that period (the 1930s) still exists: the Pageant of the Masters. It all started when a local artist persuaded her friends to dress up and pose in a makeshift picture frame.

The Pageant is held for eight weeks each summer and consists of 90 minute “living pictures” accompanied by a narrator, an orchestra and period songs. Nearly 1,000 people of all ages respond to the casting call to fill 100-200 roles in the living tableaux and more than a quarter-million people come to the Pageant each year. The illusionist event is held in an open-air amphitheater with people posing as a daVinci, Wyeth, or Van Gogh painting. I wish they’d spice it up with a few more Warhols or other modernist work, but I have to remind myself this is conservative Orange County, a place I know oh so well.