The Colorful History of Carnival and Mardi Gras

One of the most popular misconceptions about the Mardi Gras holiday in New Orleans is just that – that it's a single holiday on one big (Fat) Tuesday. In fact, that hallowed day is but the culmination of an entire Carnival season, which begins on January 6 (Twelfth Night) and lasts until Lent.

From mid-January until Mardi Gras day (February 17), parades pick up, processions trickle out and the city begins a slow boil to the over-the-top party that is Fat Tuesday. The question many have is "Why?" Why does the exclamation point of Mardi Gras require the meandering run-on sentence of Carnival celebrations? That answer goes back in time, and potentially a long, long way, depending on from whom you get your history, anthropology and comparative religion. 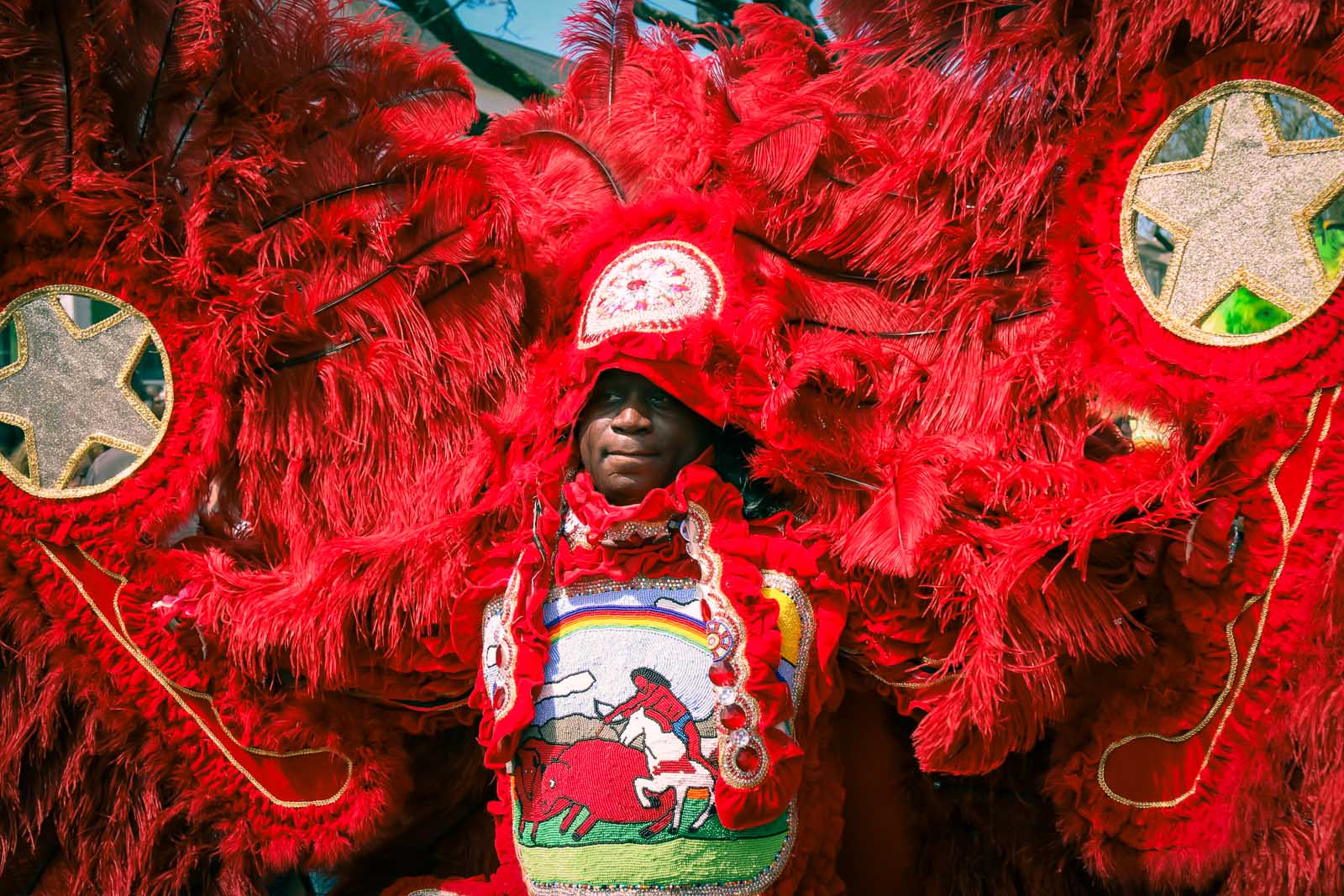 Disclaimer: We're about to sail into some very theoretical waters here. A lot of the origin stories of Carnival are speculative, but they're nevertheless fascinating.

In a nutshell, Carnival has always been about having a bit of indulgence prior to a lean period – namely, Lent. There are some interesting folk linguistic theories that state that the word "carnival'"stems from "carne vale," or "farewell to the flesh," and that this is both a literal send off of the consumption of meat, and an allusion to the transcendent, spiritual rewards of Lenten fasting.

Unfortunately, a lot of the academic world seems to dispense with this line of thought. Still, even if these particular linguistic origins don't pan out, the conceptual grounding seems on the nose. if you're going to make people give up something for a few weeks, it seems to nice to grant them a period of partying and a flattening of social hierarchy.

That's what Carnival allows, after all: a time for peasants to safely mock kings, casual imbibers to drink themselves into oblivion, men to dress as women and vice versa. In short, it's a loosening of restrictions right before restriction sets in. The concept existed prior to Christianity, but this doesn't mean that there's a direct thread from Saturnalia to Fat Tuesday.

Then again, in medieval England, Twelfth Night was marked by the crowning of "the Lord of Misrule," and Shakespeare's Twelfth Night has a plot centered around cross dressing and poking fun at nobility. So the anarchic, social-mixing bent of the season does have deep historical roots.

Creoles and the Rise of Krewes 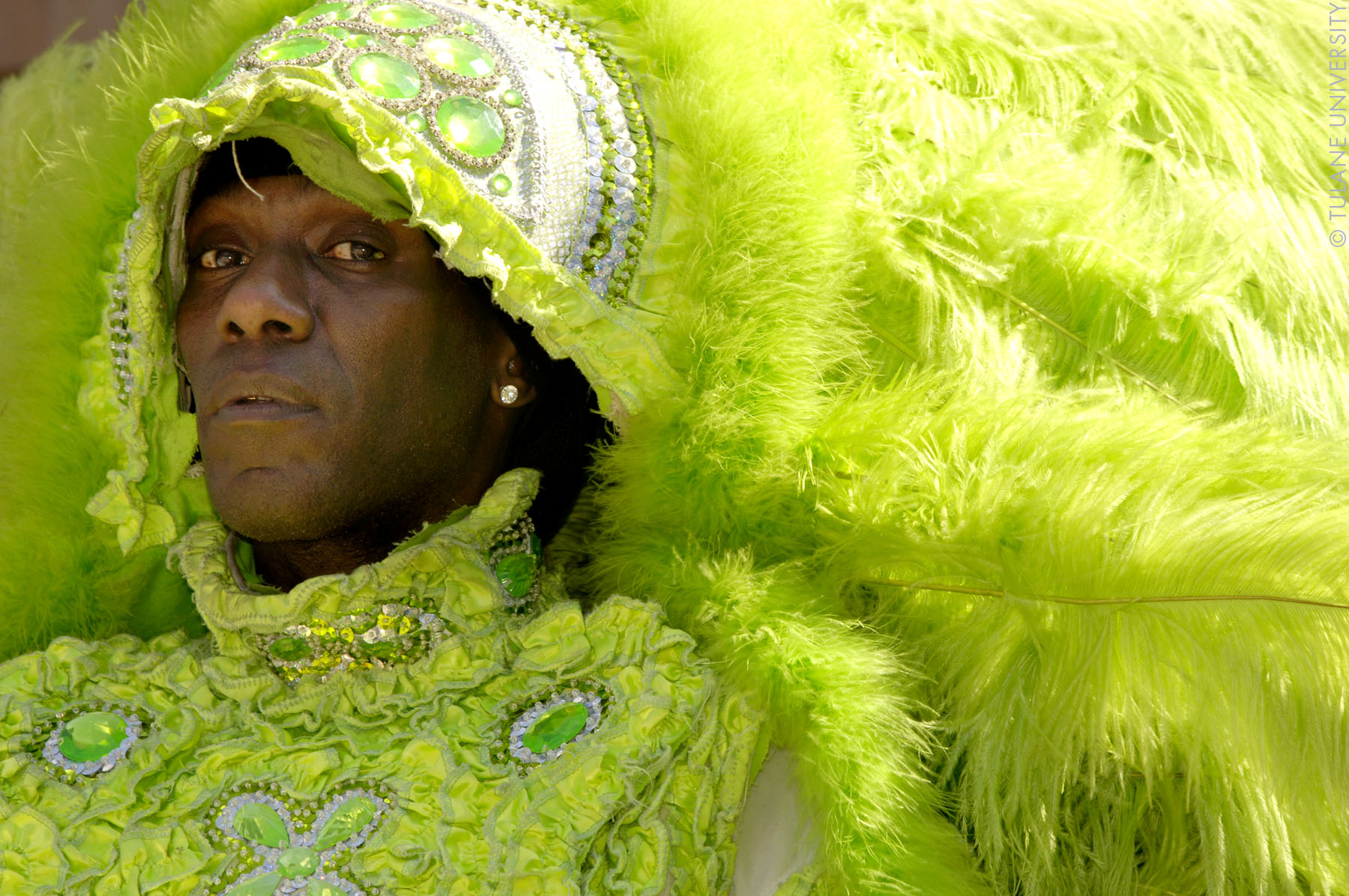 With all of this said, Carnival and Mardi Gras are not only an inversion of social order. In a lot of ways, it cements it – once Ash Wednesday rolls around, we're all in church (or are supposed to be) and quite literally on our knees.

New Orleans is a French-Creole city ("Creole," in this context, specifically refers to the French-Spanish hybrid ethnicity forged here in the 18th century). The Creoles imported their European Carnival to Louisiana, and accounts of Mardi Gras balls date back to the mid-1700s. The complicated racial politics of the time were reflected in said balls, where white men were allowed dalliances with mixed-race women.

By 1803, the city of New Orleans had indelibly changed. The Louisiana Purchase ushered in a new wave of immigrants: Americans, settling in a now American city. Mardi Gras and Carnival, two elements of the Old World cherished by an Old World population, faded from public view, mirroring the new political reality of a city where New World Americans would come to dominate civic live.

Ironically, Americans were not only responsible for pushing back the Creole Carnival – they were also responsible for changing Mardi Gras to its modern form. In 1856 six American businessmen formed the Mistick Krewe of Comus. "Krewes" are now ubiquitous in New Orleans. They are the city's official (and unofficial) parading societies, originally grounded in secret organizations composed of the New Orleans elite. 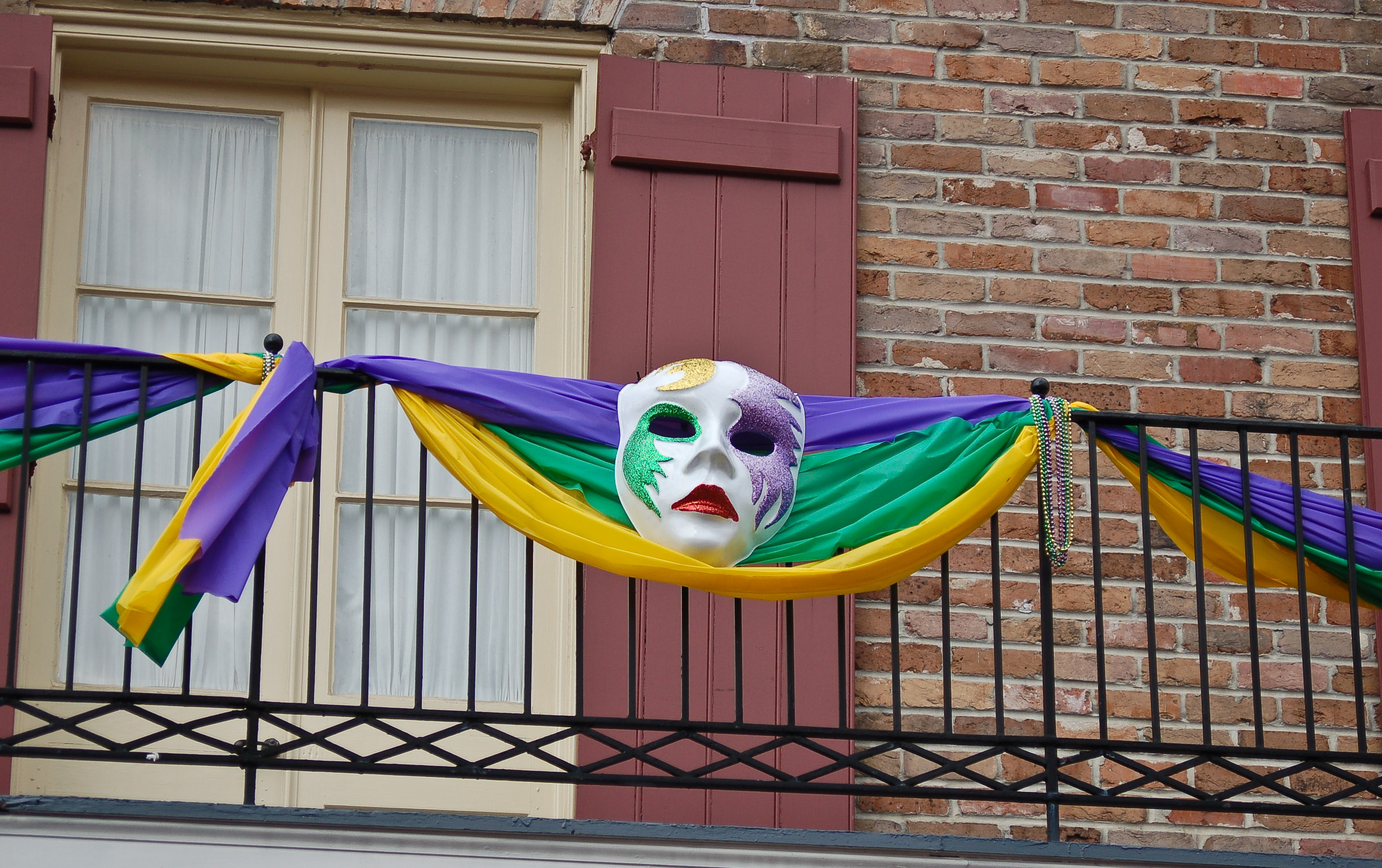 Krewes, then and now, still largely dominate the holiday, and for all we wrote about Mardi Gras flipping the social order, the presence and actions of the city's old line krewes drip with monarchical pageantry. Krewe members ride enormous floats and are masked from bystanders, while they toss "throws" – traditionally beads, but more elaborate trinkets are always available – to a grasping crowd.

If the krewes rectify social order, their parades are, in turn, the least anarchic events of Carnival and are embraced by families. Yes, contrary to what you may think, Carnival is largely a family friendly affair, marked by "Mardi Gras" ladder seats (a box fixed atop a step ladder) for children that are set up for better bead catching.

In the weeks leading up to Mardi Gras, krewes "roll" in their floats down St. Charles Avenue, flanked by cheering kids for miles at a stretch (incidentally, never, ever flash your breasts for beads during Carnival. It's the neon sign that proclaims, "I'm a clueless out of towner." Seriously, don't do it). 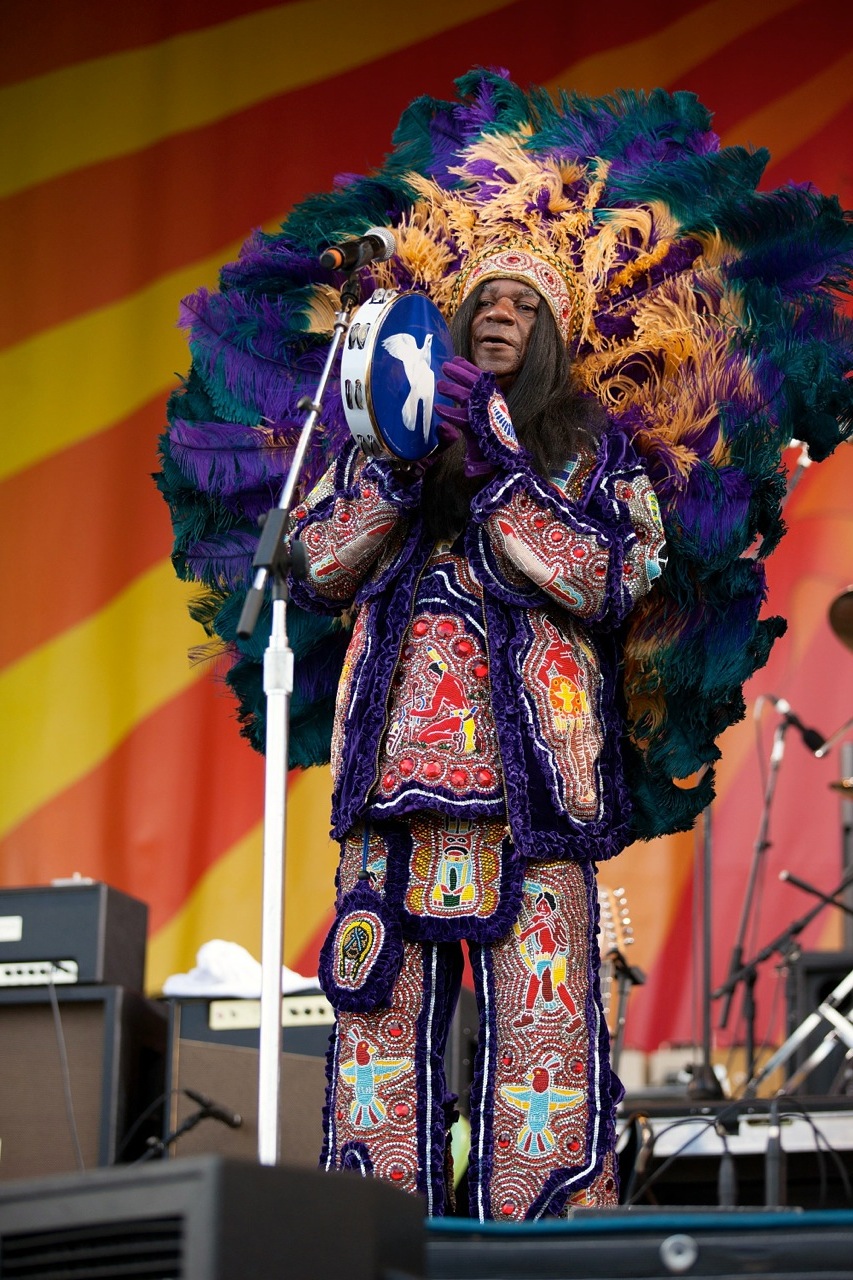 We've primarily addressed the European Carnival traditions of New Orleans, but as in all things New Orleans, these practices have melded with deep strains of Afro-Caribbean culture. Slaves and free people of color alike married Carnival to their own cultural legacy, which has yielded some of the most iconic elements of Mardi Gras.

The HBO show Treme helped popularize the Mardi Gras Indians and their elaborate, bead-and-feather suits. The "Indians" are actually African Americans, who claim they dress as stylized Native Americans as a tribute to those tribes that sheltered escaped slaves. Individual suits, which can weigh over 100 pounds, are judged for looks and general swagger against rival Indian tribes.

The Mardi Gras Indians are but one component of the New Orleans "backstreet," a catch-all term that encompasses many layers of African American New Orleans culture. Another backstreet icon are the Skull and Bones, a group of men who dress as fearsome skeletons. Their skulls are up earliest on Mardi Gras day and are a reminder that even in the midst of celebration and indulgence, all beings are mortal.

Not all of black Carnival season is based in the backstreet. African Americans lay claim to several float-and-throw parading krewes; the most famous is Zulu, whose members don blackface as a means of mocking the practice, and toss hand decorated coconuts to the crowd.

While the old line krewes of Mardi Gras – Comus, Rex and Hermes – retain their pomp and pageantry, newer krewes have subverted the old aristocracy. Super krewes like Endymion boast enormous floats and a royal court assembled of celebrities (past grand marshals include Carrie Underwood, Marisa Tomei and Kevin Costner).

In contrast, at the neighborhood level, local walking krewes also emerged in the late 20th century and eschewed glitz for clever handmade costumes and floats, and an often satirical point of view. Officially, Carnival parades begins with the incredibly lewd Krewe de Vieux parade, which holds absolutely no cows sacred. Other neighborhood krewes have begun chipping away at the massive, formal balls of old line krewes with their own off the wall parties; the Krewe du Lune Space Ball, for example, mixes the spirit of Carnival with DJs spinning hip hop, EDM and live bounce music performances.

So there you have it: A convoluted and colorful history of one of the biggest parties in the world, currently escalating day by day in the gloriously wild city of New Orleans.