At Pitchfork 2017, Activism and Music Shared the Main Stage

Given the intense political climate of our country right now – and the explosion of activism that's accompanied it – it's no surprise that those activism vibes have bled onto festival grounds this season. At Pitchfork Music Festival in Chicago's Union Park this past weekend, those vibes echoed just as loud as the artfully curated tunes. 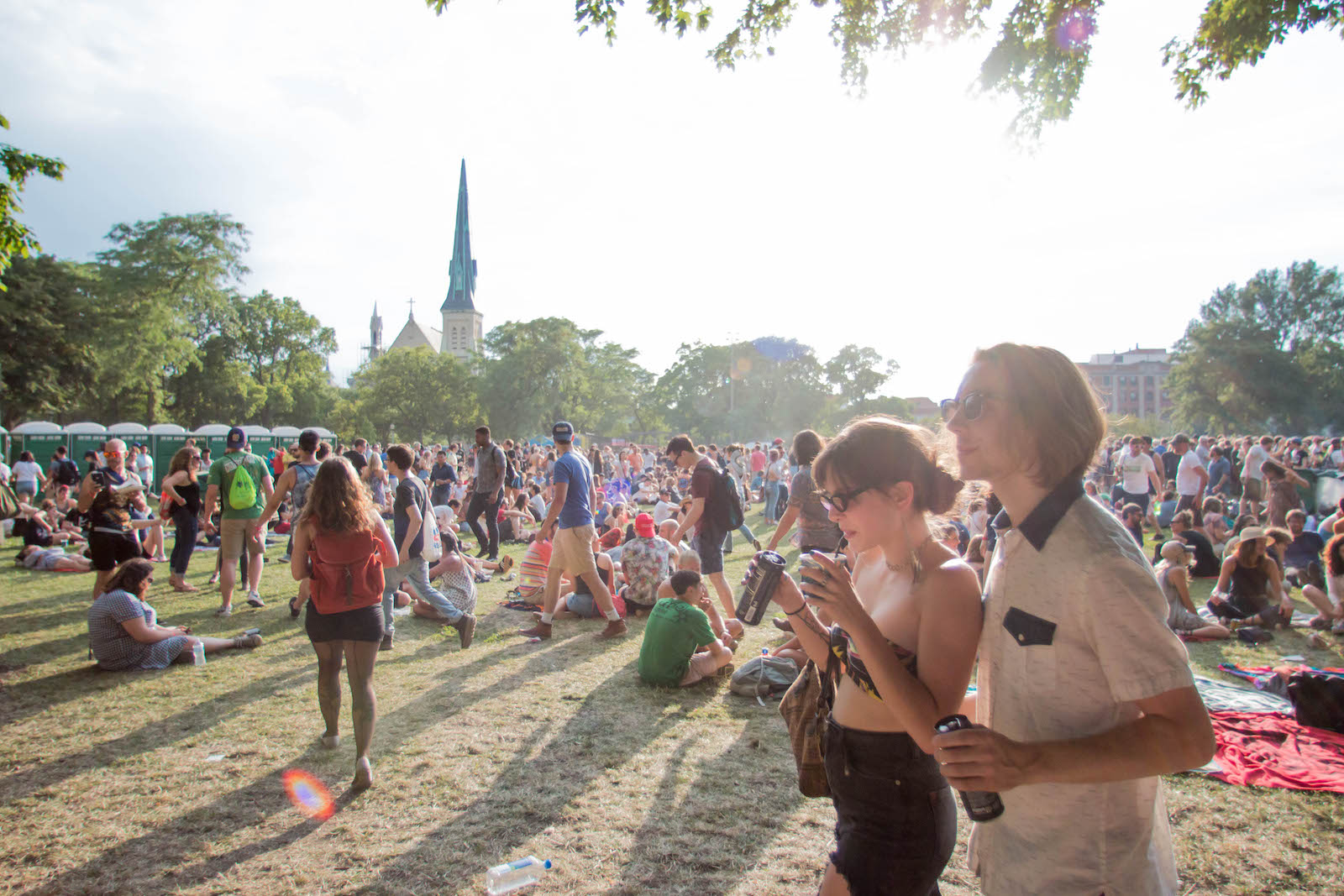 Whether it was attendees wearing orange in protest of gun violence, politically charged punk Jeff Rosenstock dismantling a Donald Trump piñata on stage, or simply enjoying the not-oft-seen female-driven lineup, Pitchfork Music Festival's progressive atmosphere was one of the most powerful and impactful we've experienced so far this festival season. 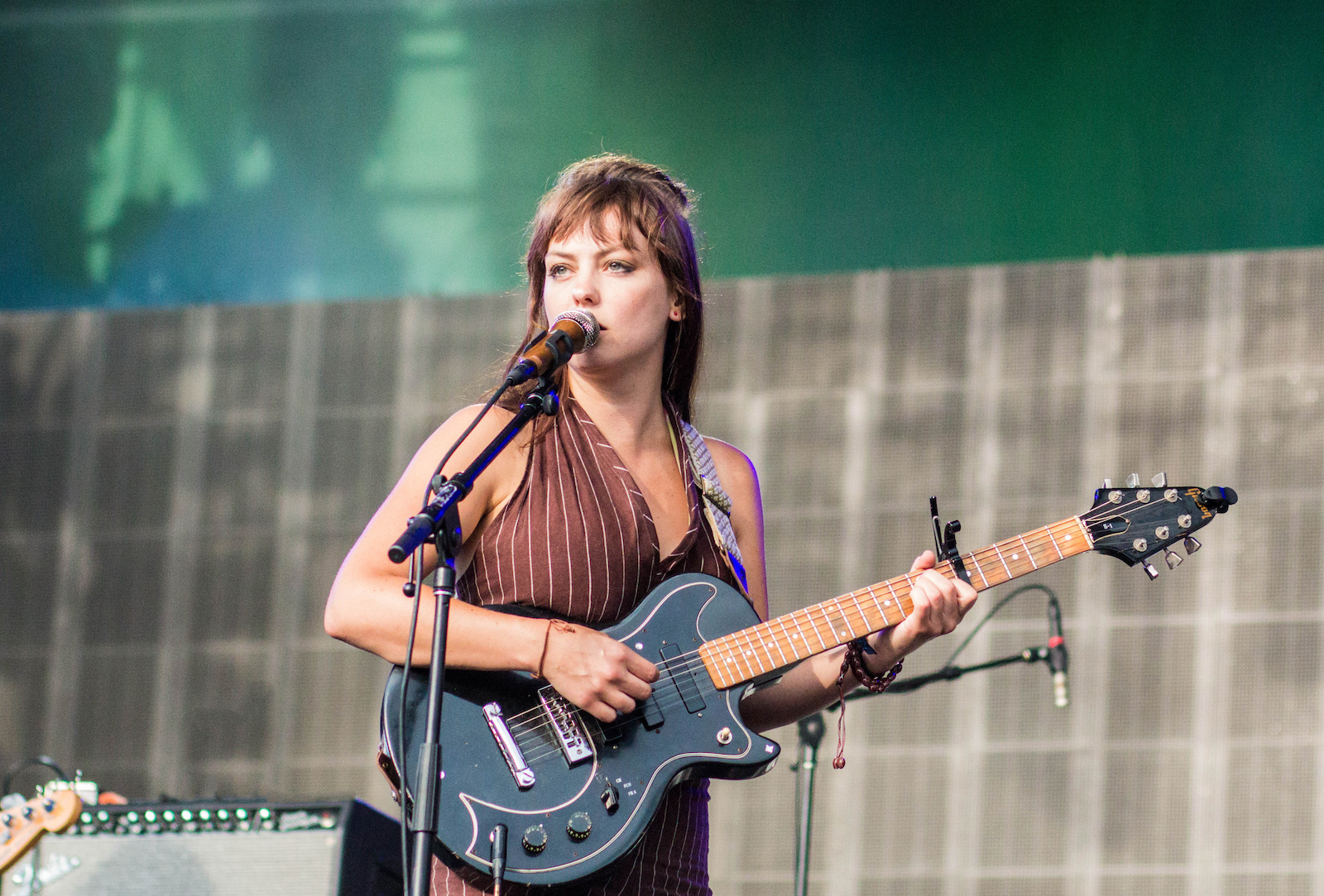 Angel Olsen, one of the many performers on Pitchfork's female-heavy lineup this year. Photo by: Landry Edwards

Pitchfork Music Festival, born from the venerable online publication of the same name, is renowned for its passionate championship of all kinds of music. Though most people associate Pitchfork with indie music, its content spans mainstream territory and underground scenes alike, as well as just about every genre in between. However, in the promotion leading up to the event, the publication made a point to emphasize the fest as a platform for social commentary and activism through art. 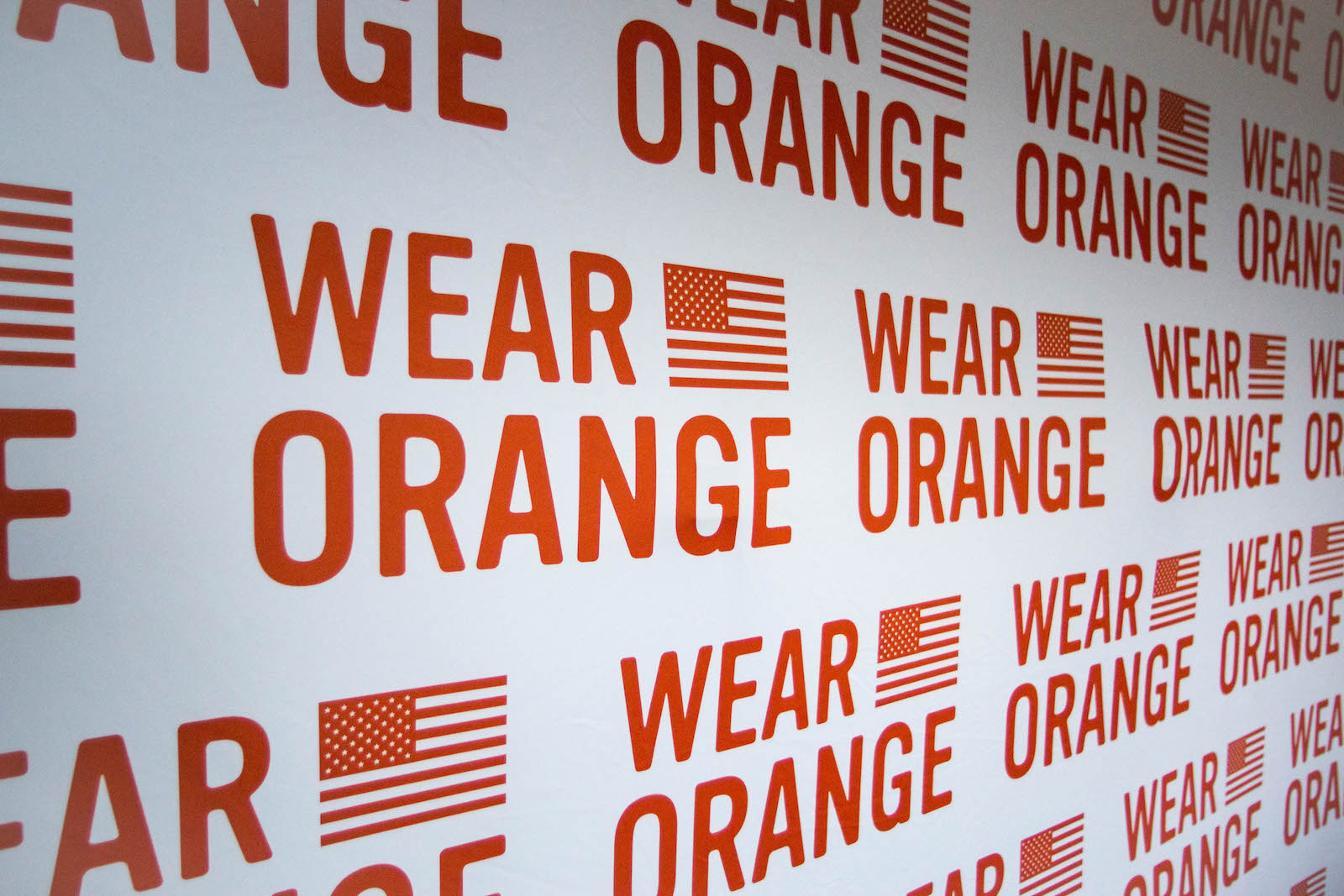 Another collaboration the fest had was with Everytown, an organization that raises awareness about Chicago’s gun violence. Their Beats>Bullets Wear Orange initiative urged festival-goers to wear orange to shed light on the struggles Chicago communities face, and unite those in attendance. 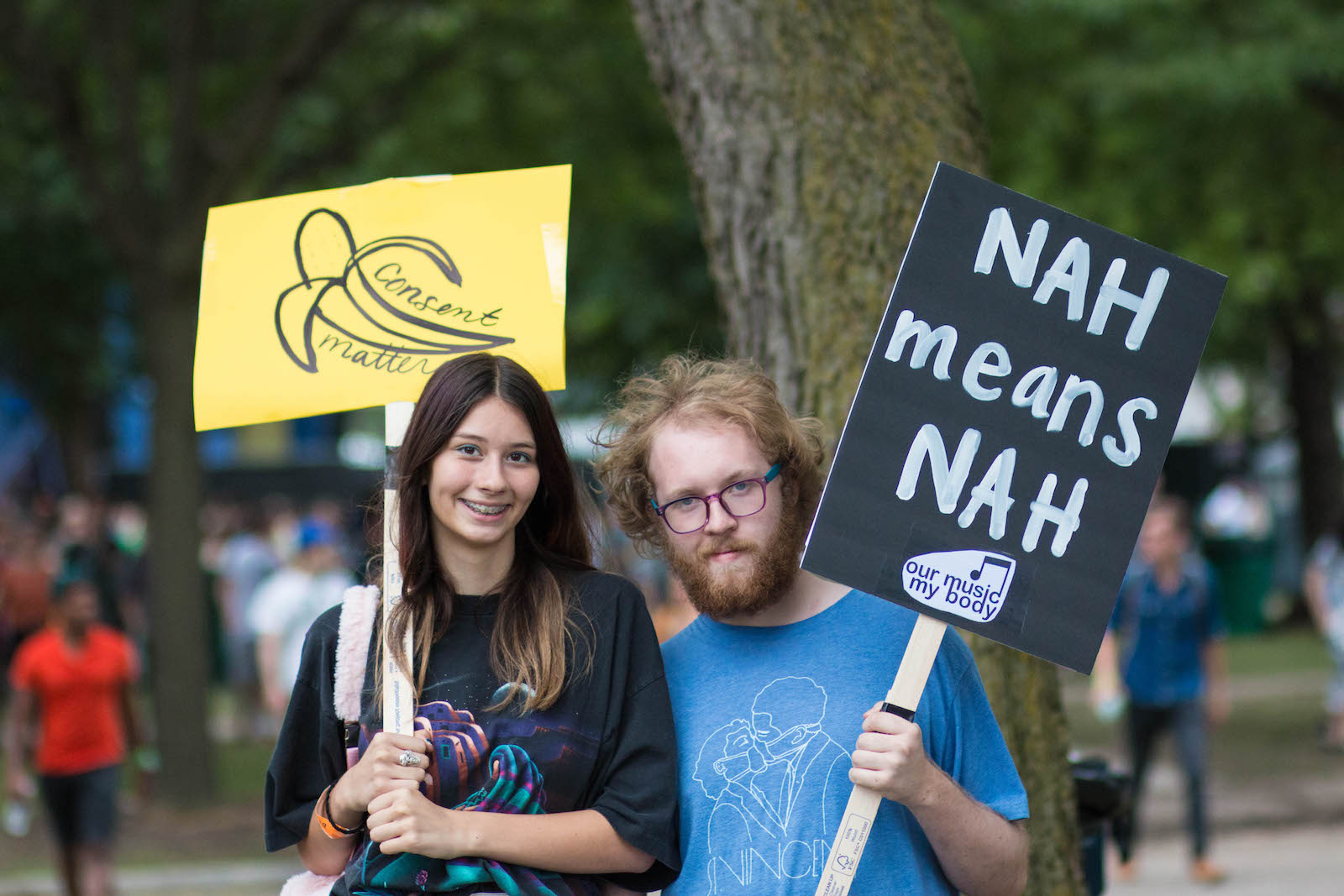 As the closing headliner for the fest, Solange and her art collective Saint Heron were active on and off the festival grounds the entirety of the weekend. In addition to her on-site art installation, Solange’s other collaborations supported black and female artists by hosting films at Black Cinema House, poetry readings at Soho House, and more. 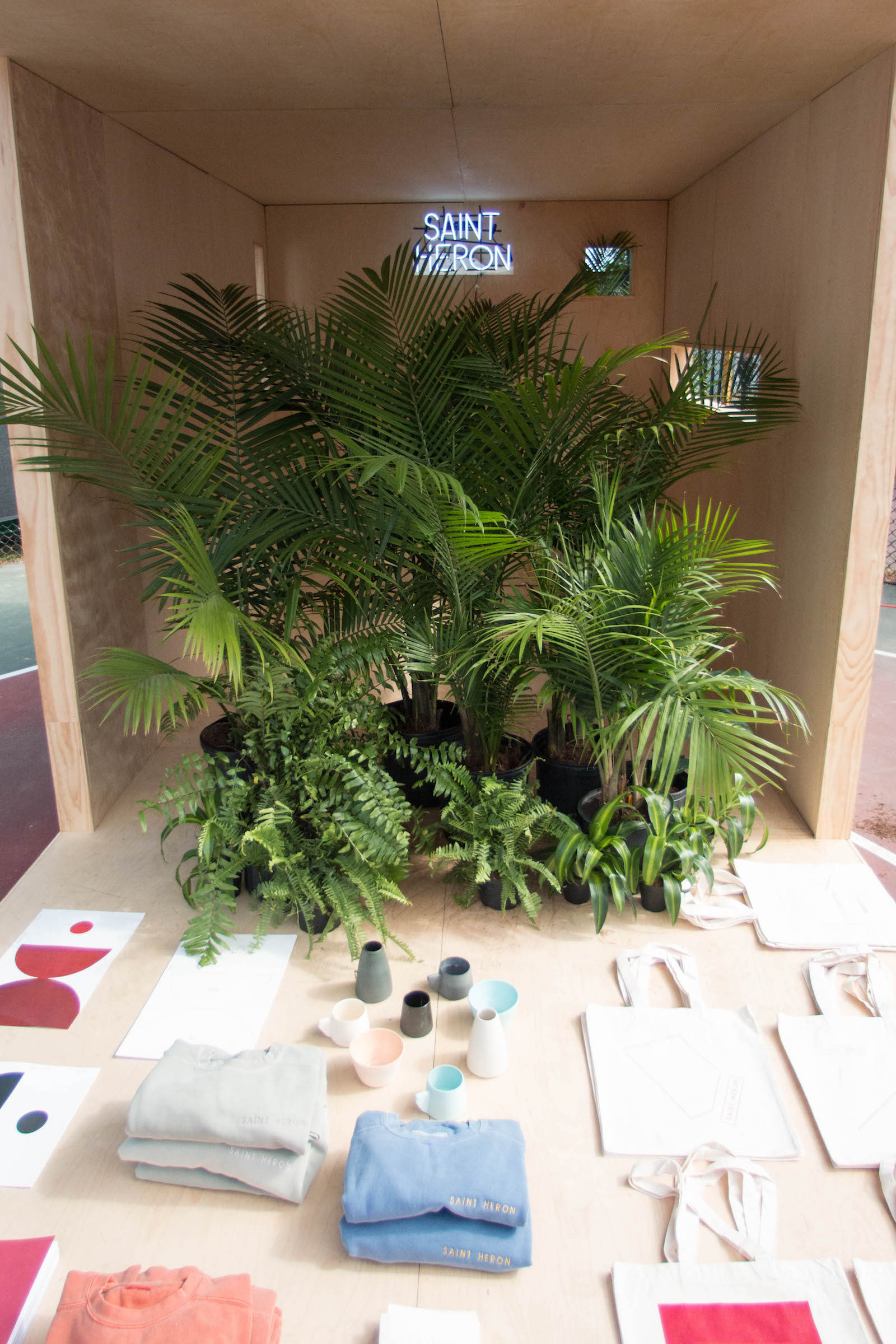 The festival’s lineup included many artists on the anti-Trump musical compilation, “Our First 100 Days,” such as Angel Olsen, Mitski, and Cherry Glazerr, all of whom contributed to the 100 songs dedicated to the anti-Trump movement. Many other politically active artists such as Vince Staples, A Tribe Called Quest (who closed out their headlining set with uber political song "We The People"), and Priests played vigorous sets that united those in attendance. 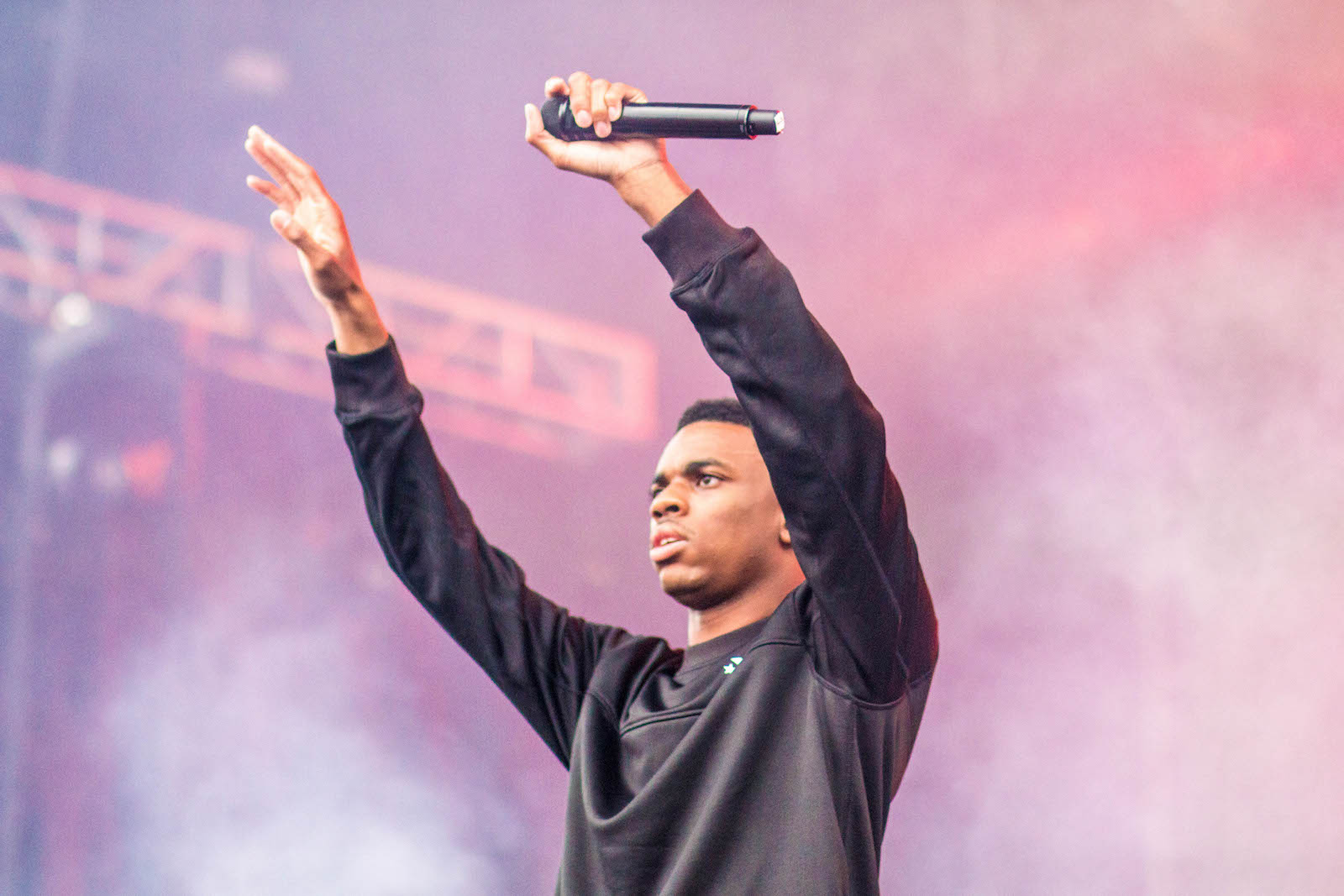 Festivals in the transformational scene have long led with a focus on activism and awareness. Mainstream music festivals have overall been a little slower to adapt. With plenty of festivals taking hiatuses and cancelling altogether these days, organizers must evolve to stay afloat. Pitchfork proves that a new age of mainstream music festivals may be upon us, thanks in part to the country's supercharged political climate and the rise of grassroots movements for change. As other festivals struggle to stay relevant, financially stable and memorable, it’s safe to say Pitchfork Festival will be around to provide many more fest experiences where art, activism and community all share the main stage.