PollerWiesen: The Event That Launched Open-Air Partying In Germany

In west Germany back in the early nineties, Patrick Peiki helped start a movement from which the ripples are still felt today. His event, PollerWiesen – which is still running – helped to establish daytime, open-air parties as a cultural phenomenon in Germany. Before the party was conceived, it was almost unheard of to experience electronic music outside of darkened club environment, and on a Sunday? Never. PollerWiesen began as an illegal party, and now exists as a legit festival-style event, with the support of Cologne’s authorities, and it is the subject of a recent documentary titled ‘PollerWiesen: The Story of a Party ’. Fest300’s European Editor Marcus Barnes spoke to Patrick Peiki (or “Peiki” to his friends and comrades) about the seminal event.

The Party That Started It All 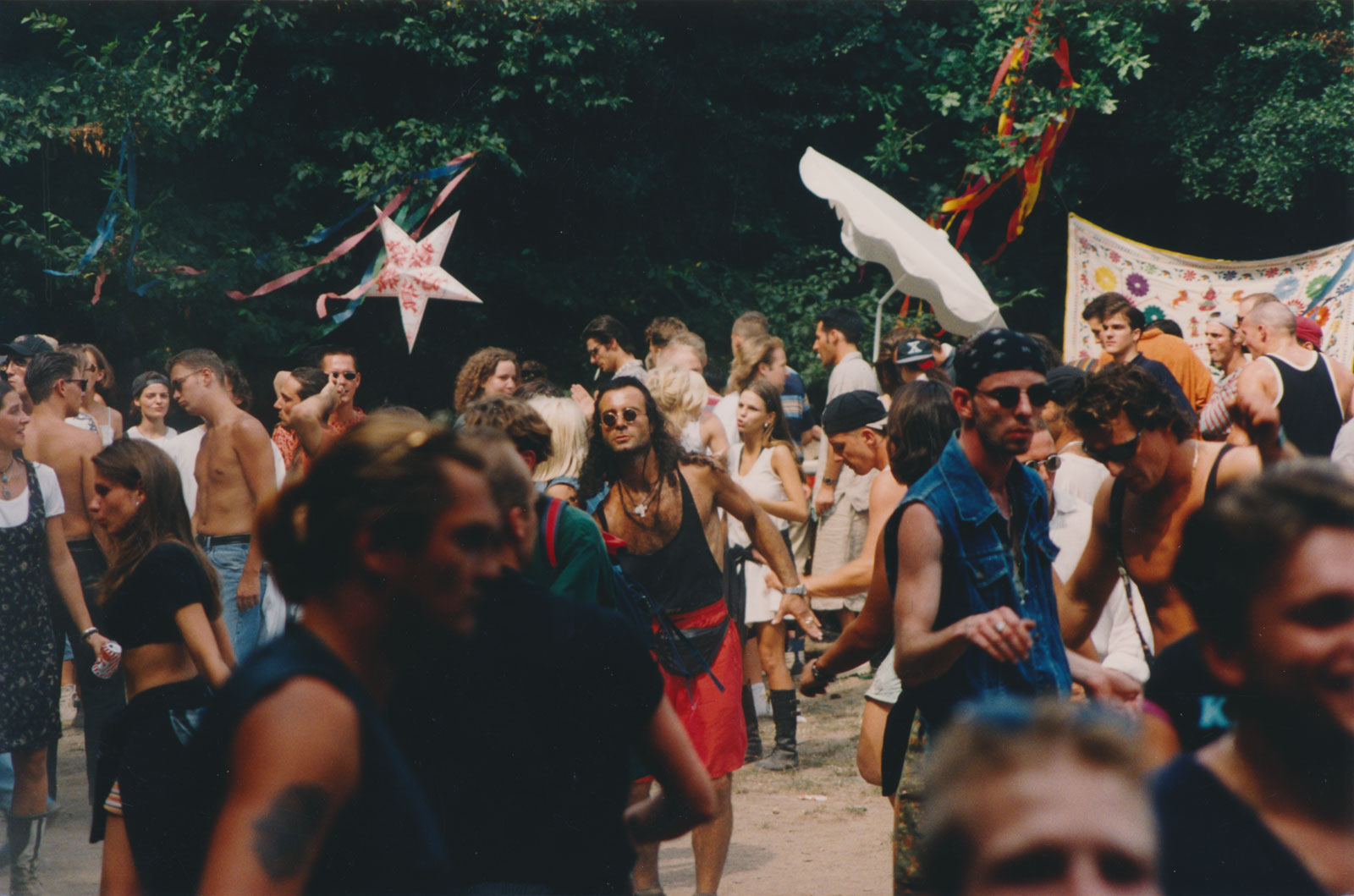 “I couldn’t see myself selling computers and being a 9-5 person, I wanted to do my own thing and educate people about electronic music,” Peiki tells Fest300, speaking about his beginnings as a party promoter in his hometown, Cologne – a city located in the west of Germany not far from the border with Belgium. Cologne is the fourth largest city in Germany, with just over 1million inhabitants. In the late eighties, it was overcome with the spread of electronic music and rave culture, which came in from America and took hold of Europe. Peiki had an interest in the electronic, computerised elements of music from the very early eighties, before house and techno existed. In 1988, when the acid house wave hit Cologne, he heard D-Mob’s ‘We Call It Acieed’ and, like so many of us, his world was changed forever.

From selling computers, to putting on parties in the basement of the building where he worked, Peiki transitioned from the normality of an office job into the shackle-free world of clubs and music. He was inspired to take a new direction with his music events, after visiting India at the beginning of the nineties. “At a certain point Goa came onto the radar here, and people in Cologne were playing ‘Goa music’. I wondered what is was and wanted to go to where it came from, so I travelled to India,” he says. Even in those early days, it seems as though there was never any question that he would follow his heart. At each step of the way, during Pollerwiesen’s formative years, Peiki’s can-do attitude was part of the catalyst behind its progression. There was no cunning plan, no overthinking or desire to cash in. He, and his comrades, were simply driven by the need to explore their passion for music and to build a community.

While visiting Goa at the turn of the nineties, Peiki experienced outdoor raving for the very first time. This marked another important turning point in his life. If D-Mob’s classic track was the moment his world changed, then the Goa trip flipped his entire universe on its head. “I saw people partying in the daytime with utter freedom and happiness,” he explains, before describing how he was blown away by the ingenuity of the Goan people who put on such events with relatively little infrastructure and inspired to do the same back home, where such things would probably be a lot easier. “I started to observe how these parties were put on; a generator, makeshift bars using tables, refrigerators, drinks and that’s it. I thought it would be easy to do it back in Cologne.” Once he got back home, Peiki got straight into the task of replicating what he’d seen in Goa, but with techno music. 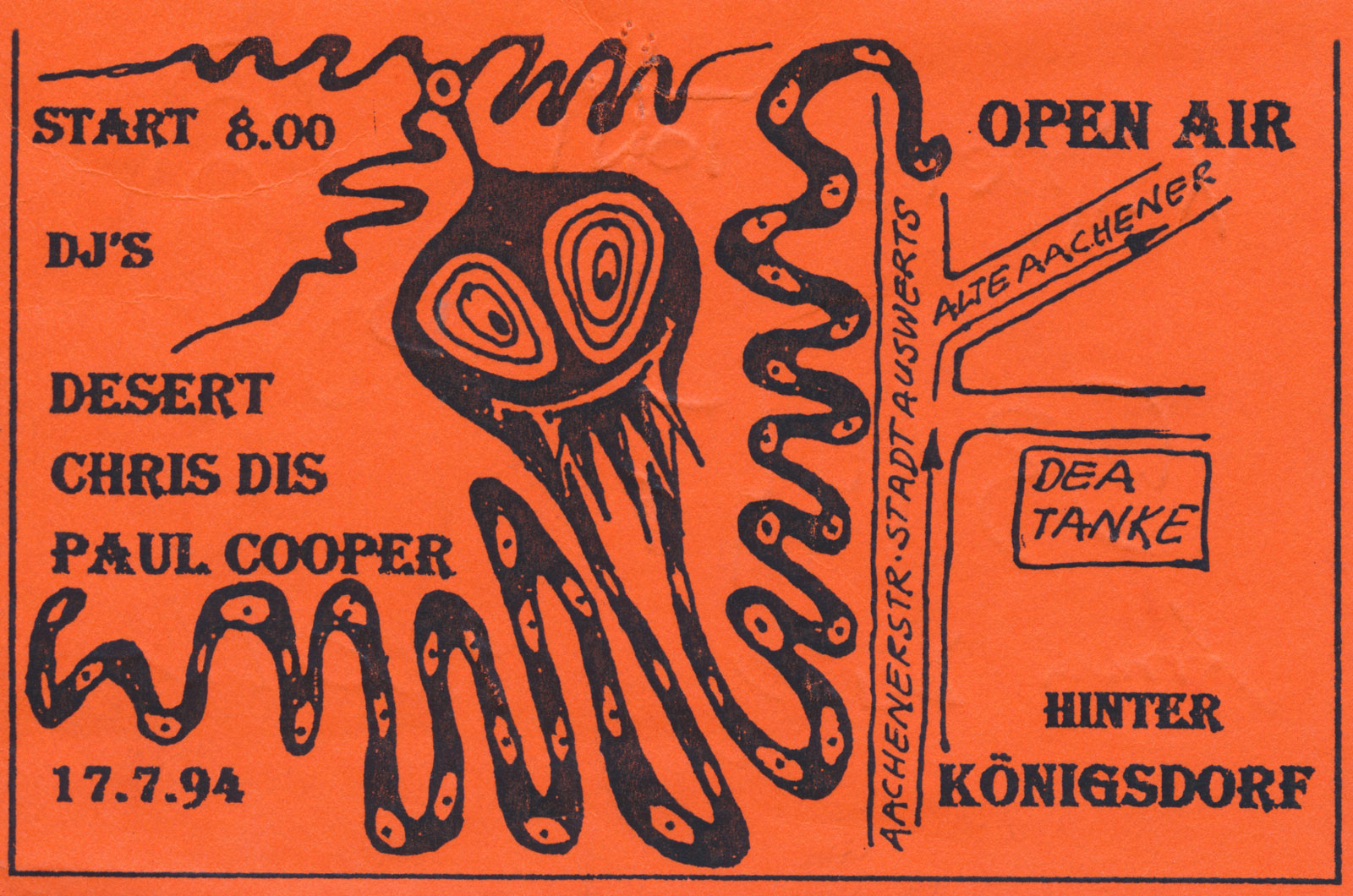 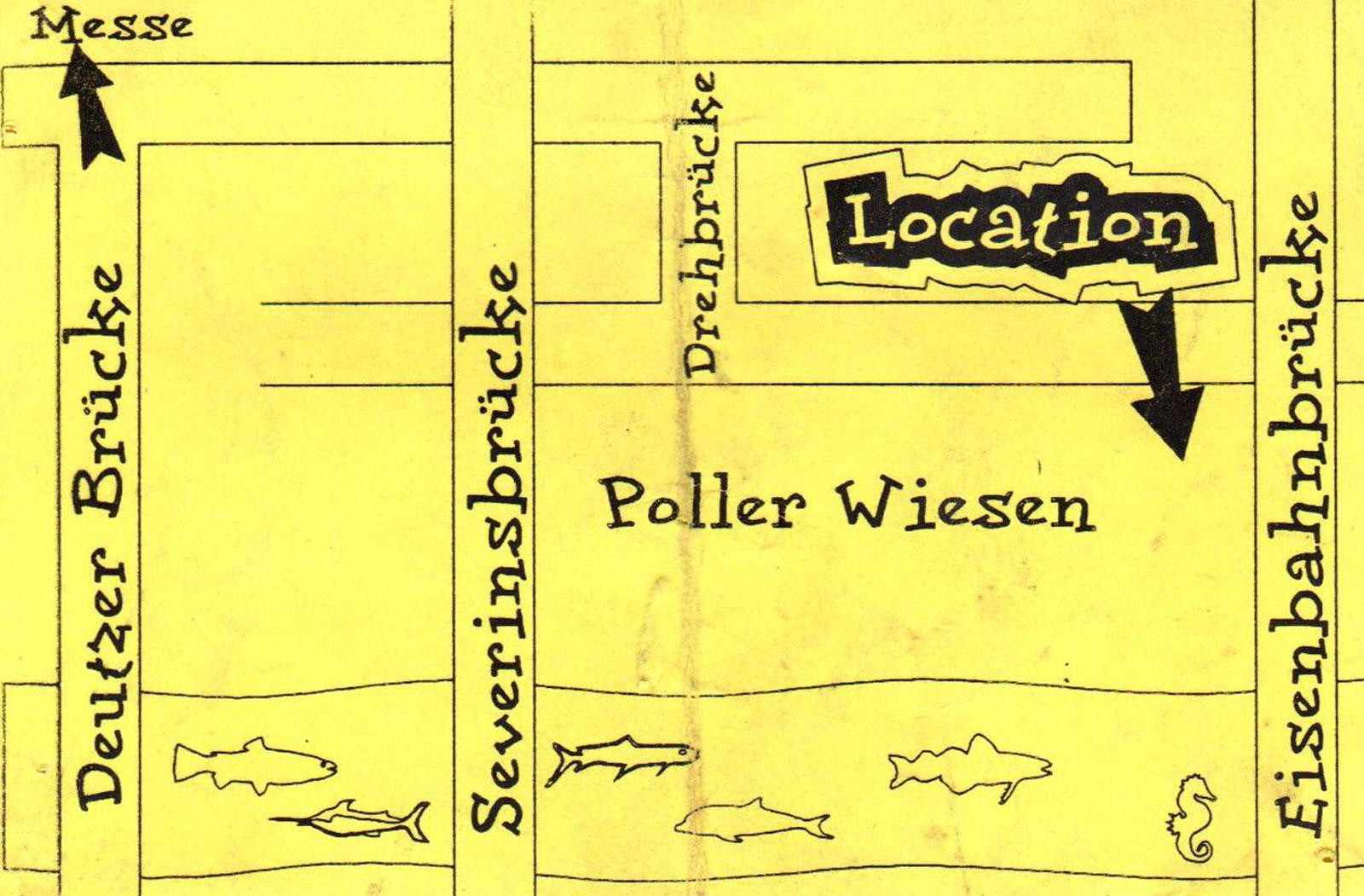 “We printed up 200 flyers and went to hand them out at every club that played the music we loved on a Saturday night,” says Peiki. Originally called the Octopus parties, PollerWiesen’s beginnings were modest to begin with. Together with his partner at the time, Nadezdha Georgieva, they used the little money they had to start a free party, in the open-air. Originally taking place at Grillplatz in Königsdorf, a BBQ area, the party attracted friends and party people from the rave scene in Cologne. It was a pioneering feat, an outdoor party held on a Sunday. “Sunday was the most boring day of the week. I couldn’t stand Sundays so I thought we should do something on Sundays, and so we did open-air parties,” he states.

The attraction was obvious and soon they were putting on events on a regular basis. A few location changes occurred throughout their early days and, at one point, PollerWiesen became nomadic, operating on a ‘need-to-know’ basis to avoid being shut down by the police. When they finally settled on a riverside location that offered amazing views of the Cologne skyline, PollerWiesen had truly arrived. They remained a free, illegal event for quite some time, with much of the money that they took coming from donations rather than a fixed entry price.

“I felt like there were a lot of people who were in this solar system, where we all orbit the sun – which is music. We created record labels, fashion, record shops, live acts, artists and we had no connection with EMI, Sony, no majors, no money, no one controlled us, we were totally free and we had such a power with this freedom. It really motivated me to do something and fulfil my purpose on this planet,” he says, proudly. 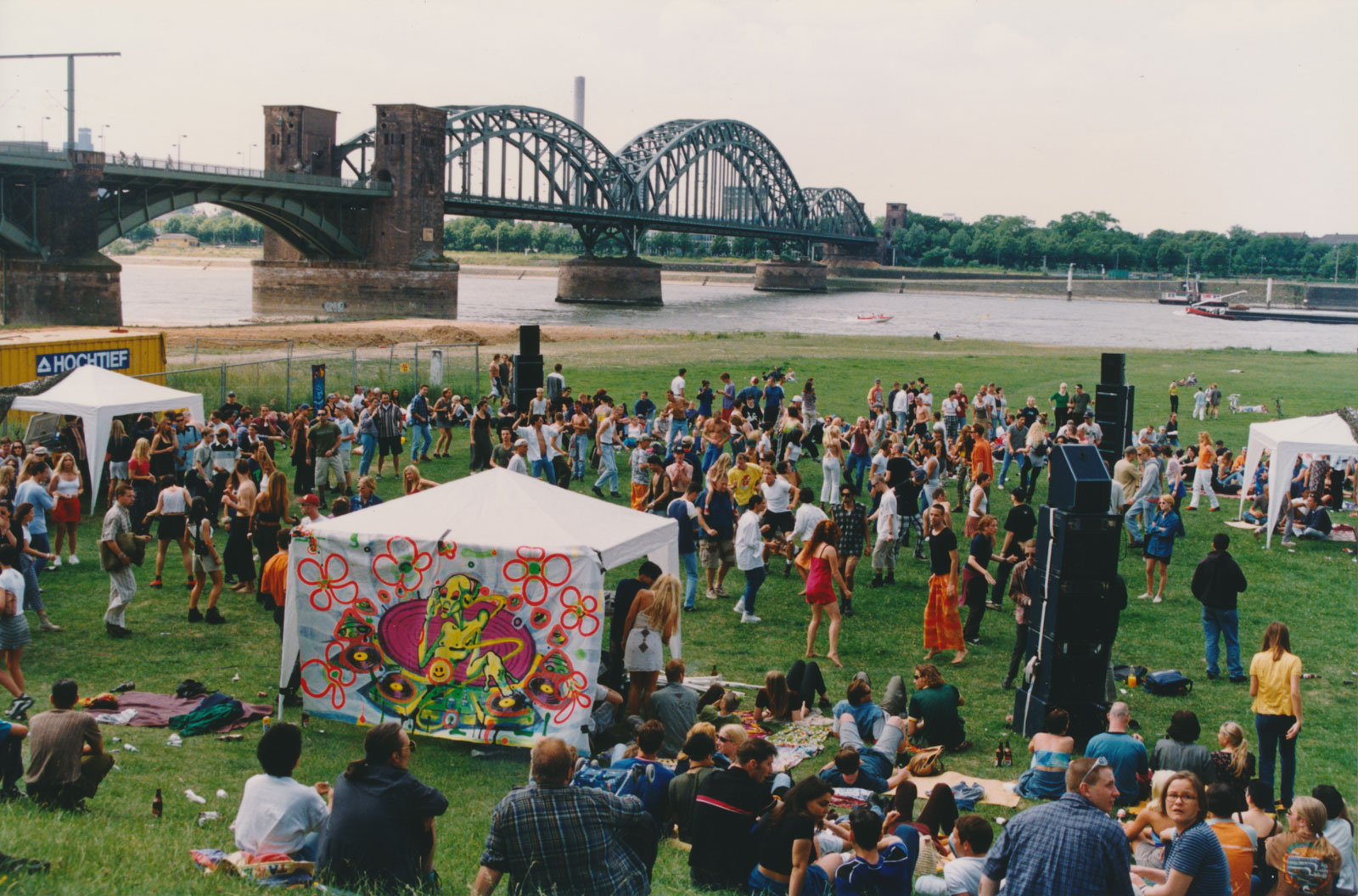 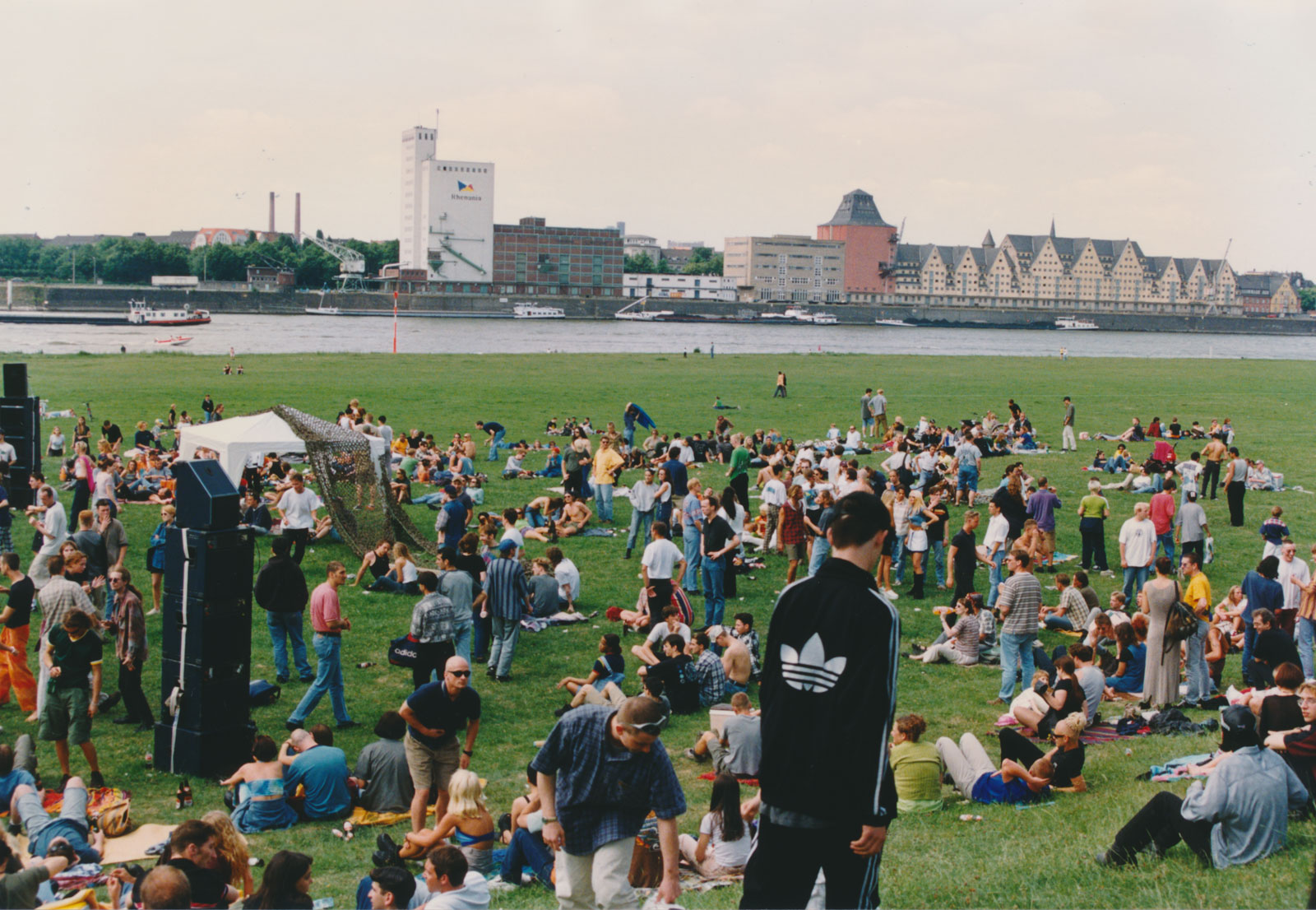 PollerWiesen sparked a movement in Cologne and across Germany, a movement centred on daytime parties, presenting electronic music in an environment that had previously been completely alien to its consumers, but one which made perfect sense. Everyone could see each other as the sun beat down on them, drawing big smiles and encouraging a friendly, sociable atmosphere. People could look into each others’ eyes, flirt, exchange positive energy, communicate on a more subtle level and lap up all the great vibes that open-air partying provides. It was fresh, new and exciting.

The movement grew, the parties became more and more popular and all the while Peiki remained at the centre of it all. He instilled a strong ethos in the event, making sure that, even though it was illegal, everyone who came got involved and was mindful of their surroundings; from the first arrivals, who would be encouraged to help unload equipment, to the last people standing, who Peiki would enlist to tidy up the site of the party so as not to leave a mess behind and get them in trouble. His technique was to turn the music off, jump on the mic and make a speech, and ask everyone to pitch in with tidying the site, while handing out bin bags... the premise was that, if everyone tidied up quickly and thoroughly, they could have a little bit more music to see the night out. It was a ploy that worked time and again. 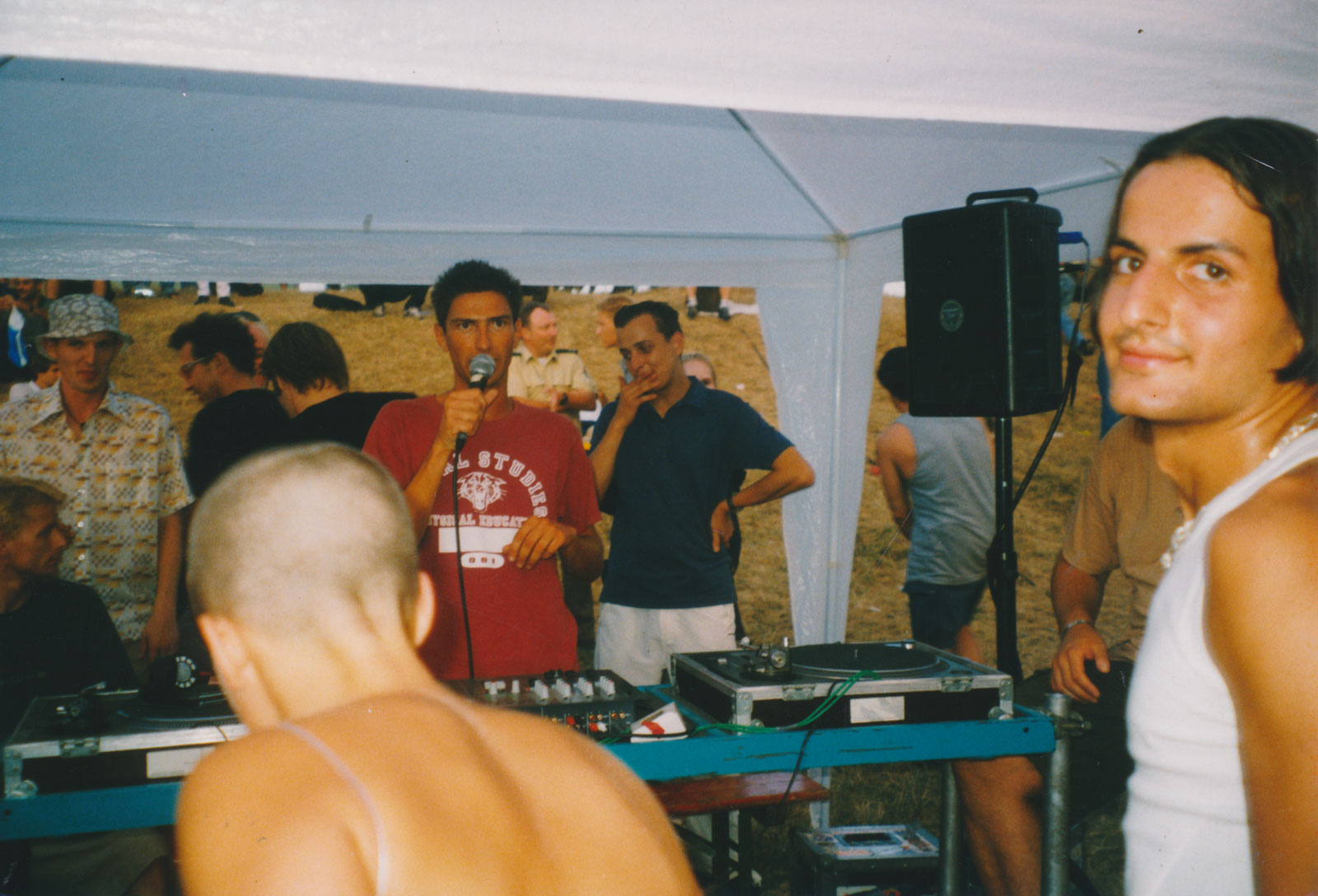 Fast-forward to the present day and PollerWiesen is still rocking, over 20 years since it first began. Now established as a legitimate one-day festival, with an entry fee and all the features one might expect from a traditional, large-scale music event, it has inspired countless events across Germany. Whether the organisers are aware or not, many open-air events in Germany owe their existence to PollerWiesen. And Peiki is keen to expand PollerWiesen’s scope in regard to that, though the growth, he hopes, will remain steady, economically sound and natural. “We try to present techno to people in as cheap a way as possible,” says Peiki. “We’re developing a location in Dortmund with four stages and 12,000 people. We’re trying to create something which is bigger and longer, which I hope will happen in the next five years.”

The community that PollerWiesen helped to create remains strong, with people who attended the original events still turning up today. Meanwhile, daytime parties are now a staple of German clubbing with seminal events like Love Parade also helping to build the foundations of the current movement back when they started in the early nineties. As time moves on, of course things change, illegal parties don’t last forever and sadly, the original spirit that made rave culture so captivating is, in places, being eroded by big business. 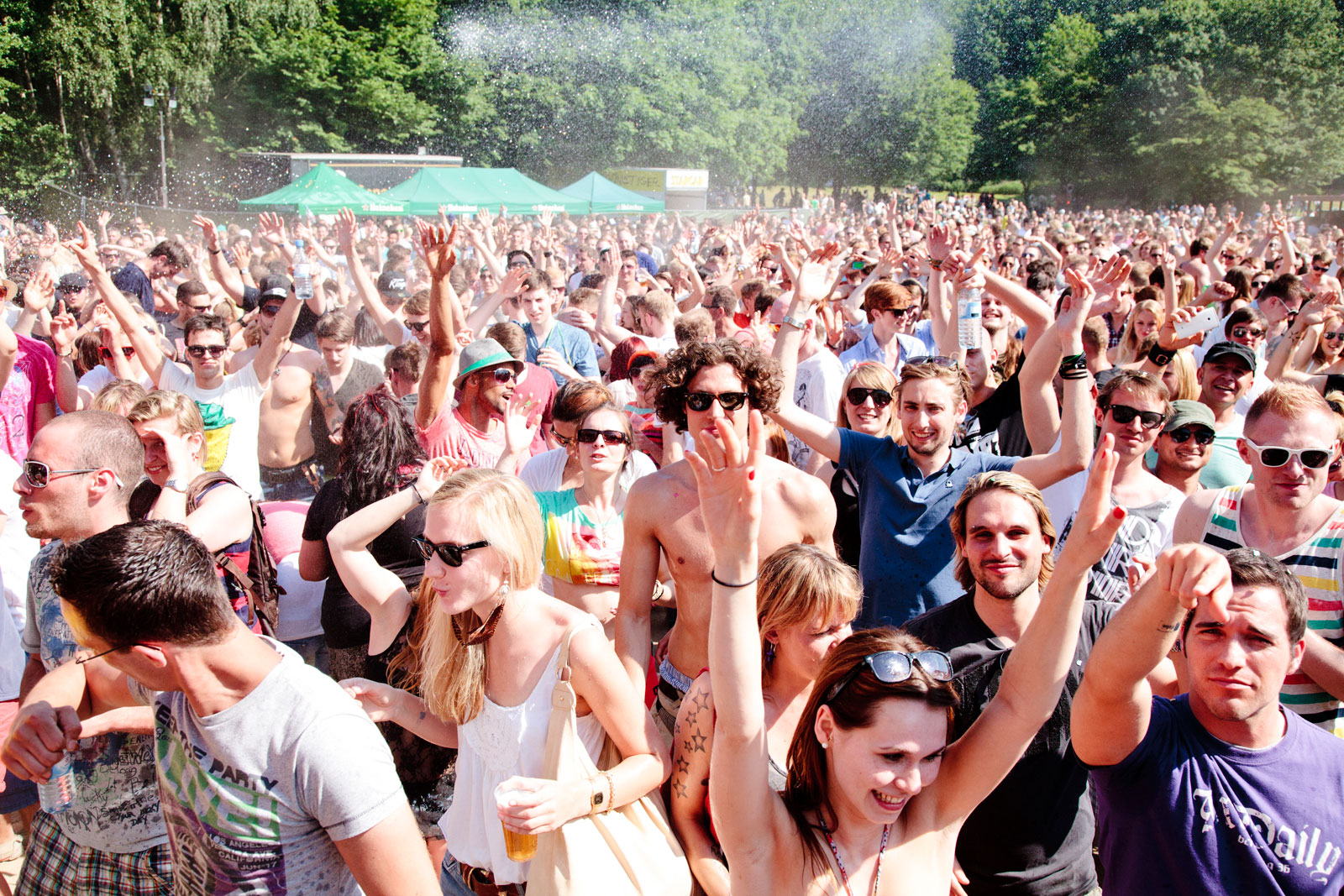 Peiki notes that the move of larger entities into the world of raves and festivals can have a detrimental effect on the scene he was involved in creating. “At one point when the majors realised how much turnover there was in the worldwide scene, they tried to get involved and the intention behind why these events were being put on changed. It went from love to money. The sense of humanity and free spirit disappeared and it started to become driven by money and ego, aims that are not in harmony with the starting point of this music,” he states, passionately.

Adding, “There are a lot of promoters worldwide who have the intention of spreading love and you can feel it when they go to their festivals. My wish is that those people whose spirit was there at the beginning, and those younger promoters who also have the best intentions, should keep on doing what they’re doing with no exit strategy and this is how we can spread love across the planet through electronic music.”

In light of his own party, it’s clear that, even though it has become a commercial enterprise, the original spirit remains. From the performers, to the security, the team behind it and those who keep the love instilled in the dance floor, PollerWiesen set the standard and maintains it at the highest level. Pioneering a new way of partying that is now an intrinsic part of German club culture, Peiki and his family are national treasures and their event remains one of the most credible and respected in their country, if not the whole of Europe. People stay loyal to the event, festies and artists alike, and it maintains an atmosphere that is very difficult to find at some of the bigger, more commercial entities.

Peiki's now runs a ticketing company, ticket i/O as well as managing a team who keep the spirit of PollerWiesen well and truly alive in their hometown of Cologne, operating in the commercial domain with their compassion and integrity intact.

Watch the documentary below...