If there’s one thing that upsets me at a festival it's all of the trash that litters the property. We go to festivals to hang out with friends, make new ones and immerse ourselves in our favorite music; not wade through piles of trash. I think it’s time that we (the festival community) put a new motto into place and get serious about how to make this years festivals better than any other.

Before I go any further I think we should take a minute and try to get to the root of the trash epidemic that plagues festivals everywhere.

The biggest culprit in the festival trash game is the plastic water bottle. This single-use environmental nightmare makes up over half of the trash at any festival, be it in venues themselves or campgrounds. While water bottles represent a source of income for the festival, they're also an expense due to the effort it takes to collect them and (ideally, hopefully) transport them to area recycling centers. 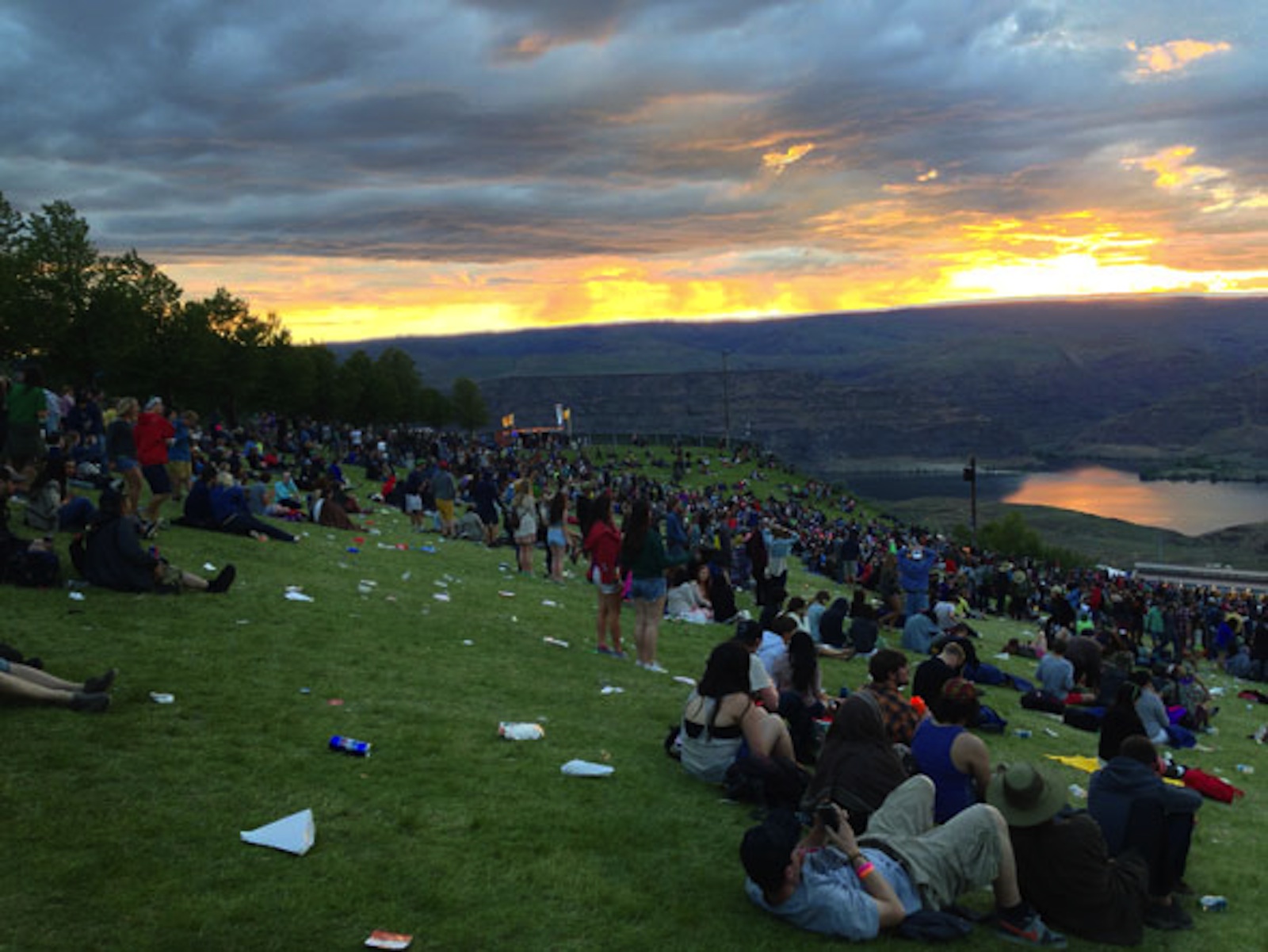 I propose a festival standard that prohibits festival-goers from bringing cases of plastic water bottles to festivals, but allows refillable five-gallon jugs of water. This one change alone would have an immediate and widespread impact on the amount of potential trash entering and exiting festivals.

While limiting the trash is a step in the right direction, we (the festival people) also need to step up and deal with the reality that trash happens during a festival. Everyone has heard the term "Leave No Trace ," which encourages everybody to pick up after themselves outdoors, leaving landscapes free of human impact. This works well for small gatherings or camping excursions, but applying it to massive gatherings of people is not realistic – it’s impossible to get everyone to do anything all at once.

When you have 10,000 people in one place, you could have 95 percent of them practice Leave No Trace, but that still means that 500 people will be leaving their trash everywhere. If each of them drops five pieces of trash throughout the day, it leaves 2,500 pieces of trash littering the venue that everyone else has to deal with. That’s a lot of trash for a 10,000-person festival. Imagine how fast it adds up for a 100,000-person festival!

The first thing you can do to make festivals cleaner is to educate those around you about our responsibility as festival-goers to pick up after ourselves.

While it would be great to try and educate that 5% of the crowd that's leaving its trash everywhere, I think it’s more realistic to come up with a plan that the other 95% of us can easily implement. I propose that we, the festival community, put in a new motto called Leave No Trace +1. The idea behind it is simple: Pick up after yourself just like you always do, then, as the day goes on, make a conscious effort to pick up after one person who is not doing their part. Your simple act of picking up five or 10 pieces of trash throughout the day will automatically cancel out one festival attendee who is not doing their part. 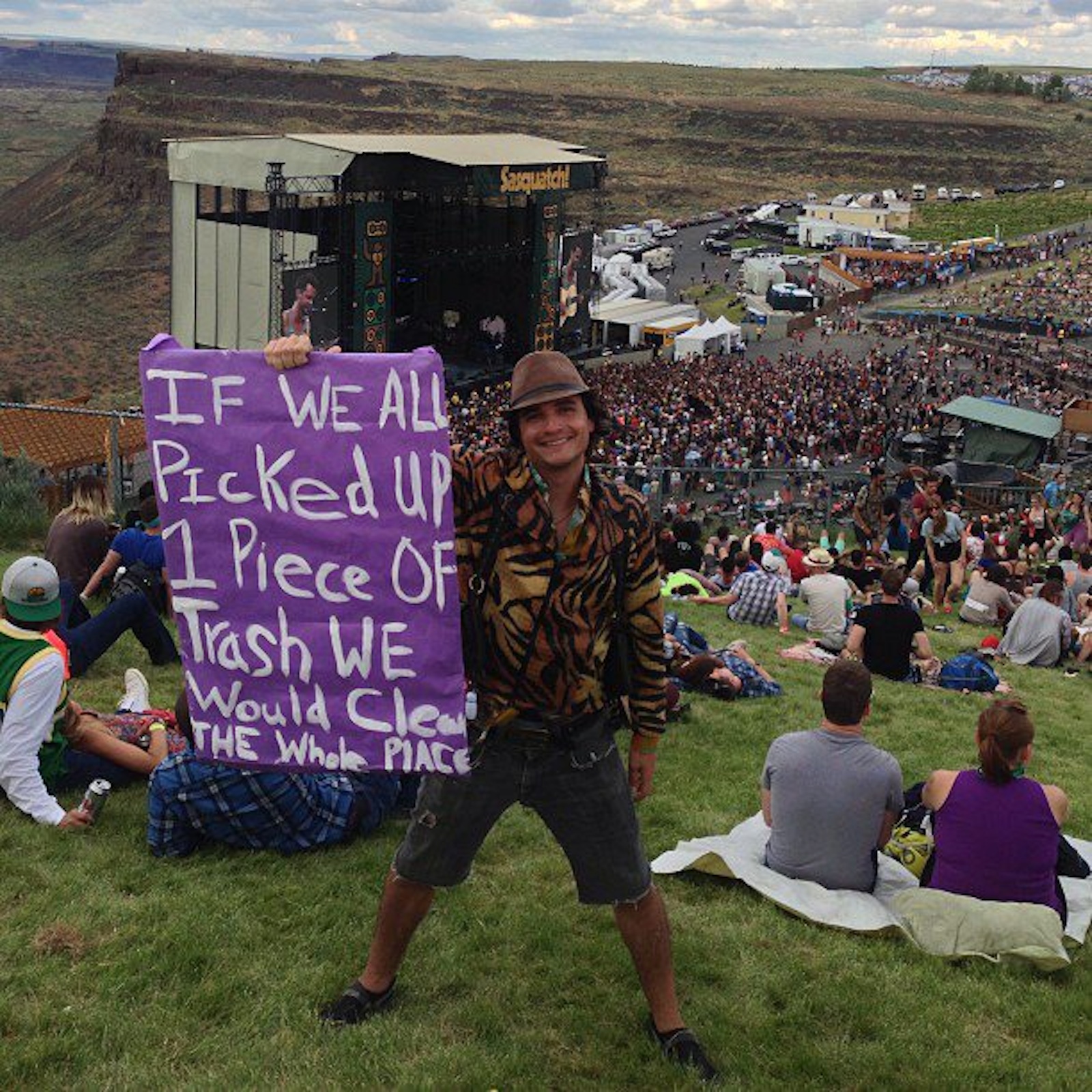 Picking up 5 or 10 pieces of trash in a day doesn’t seem like much, but this theory will work when applied to the festival community as a whole. Each piece of trash you pick up will make the venue a bit cleaner for your personal friends and the ones you haven’t met yet. With Leave No Trace +1, we only need 50 percent of the crowd to participate to have a completely spotless venue, which will encourage the people who are leaving their trash on the ground to reconsider their actions.

Leave No Trace +1 sounds good on paper, but it’s up to the festival community to spread the word and put it into play. Thankfully, our entire community is connected through social media. If you believe that we can make a difference, then share this post with your festival family. Together we can fix the biggest thorn in our community’s side, and be proud of the fact that we all recognized a problem and worked together to fix it – for everyone’s benefit.

Tucker Gumber is the creator of the awesome FestEvo app and is known in the fest scene as The Festival Guy – follow him on Twitter!