One look at this stunning video of Rouketopolemos above, by Scott Carthy, and Easter egg hunts and bunny rabbits start to seem pretty lame in comparison.

Imagine, if you will, a wind scrubbed, sun-washed village facing a deep azure sea, on a Greek island called Chios, which smells of olives and lemons. In the distance are two hills, spaced roughly 400 meters apart, topped by our respective churches: Angios Marcos and Panaghia Ereithiani.

This supremely peaceful setting is the daytime reality of Vrontados, Greece, in early spring, and the only indication that something is about to shatter this serenity is cloaks of wire mesh drawn over homes—DIY armor against the inevitable onslaught. 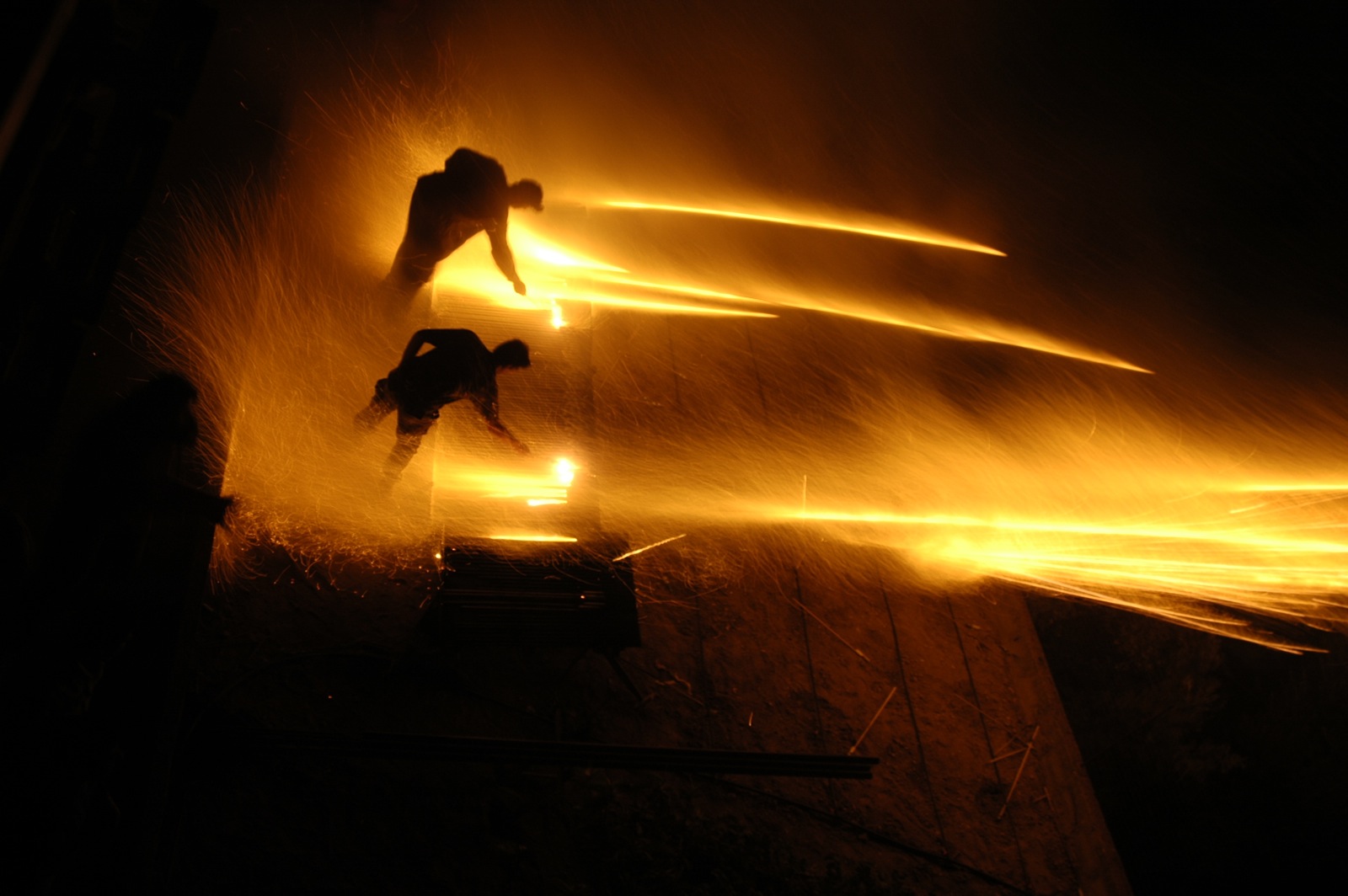 As the sun sets over the Aegean, the congregants of the two churches gather their artillery: wooden sticks capped with gunpowder fired from grooved "cannons." By the way, apparently this war was originally fought with actual cannons until the Ottoman Empire banned that practice around 1889 (the Ottoman Empire was an occupying force in Greece for three centuries). At 8 pm, the barrage begins. Groups of men begin lighting off entire stacks of rockets, which zing across the space between the two churches and more often than not end up hitting cars, sidewalks and buildings that don't utilize the wire mesh armor. They leave trails of fire and smoke across the sky, creating a mesmerizing celestial vision meant to evoke a bygone era of war and the glory of Christ's ascension to heaven.

During the battle, Fireworks could land anywhere at any moment – even on you. That's why most spectators, particularly those from overseas, tend to huddle and watch the show from a safe and secure indoor location; minor injuries are a reality of Rouketopolemos.

"The Police don't allow it. They chase us because it's illegal," says one participant in the video above. "Yes the rocket is dangerous...but it does not need fear, it needs respect." 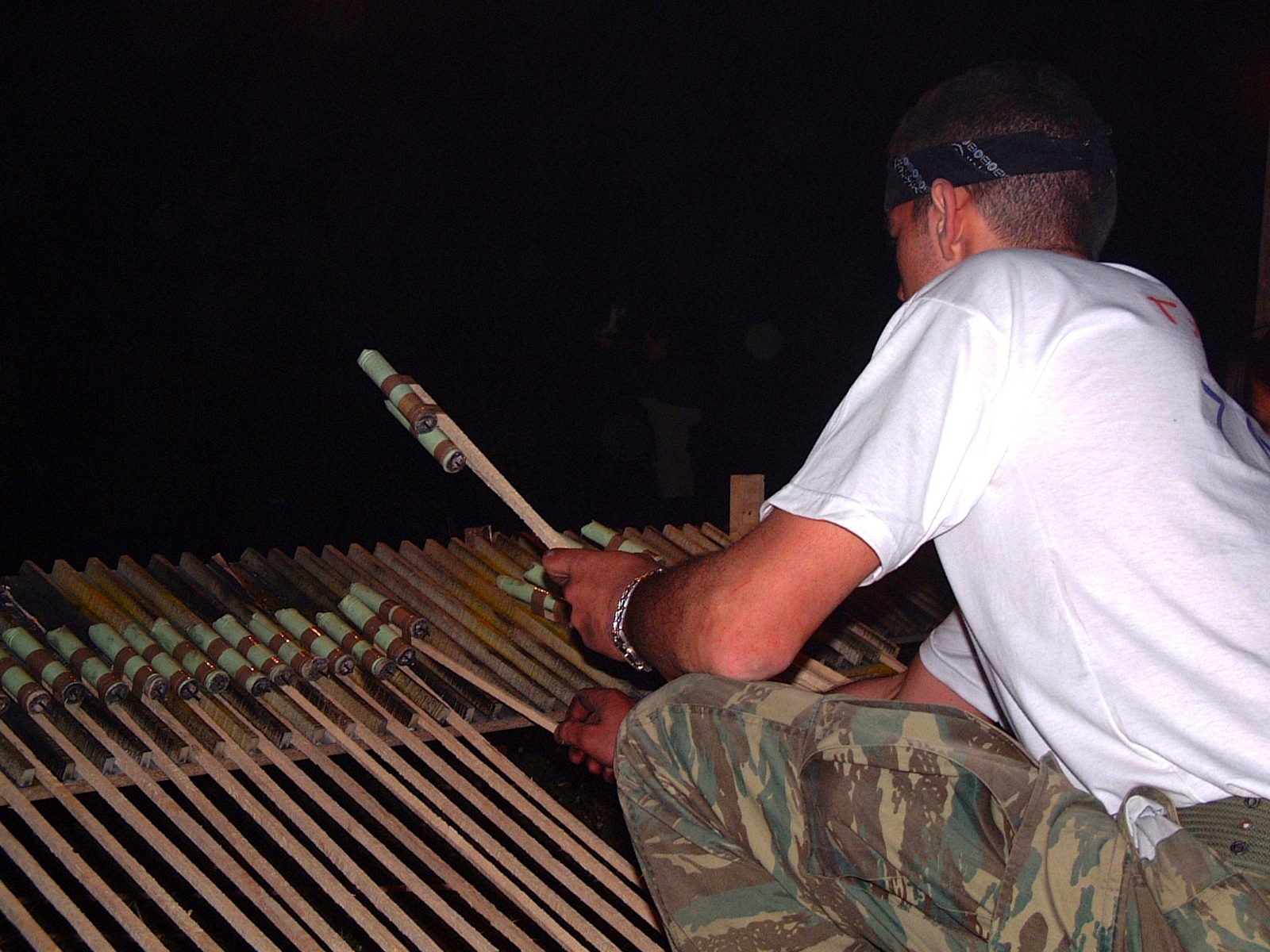 Forty years ago, there were 5,000 rockets. Now there are 100,000. Despite Rouketopolemos's increasing riskiness, one participant says: "I don't believe to stop it. It's the ascension of Christ."

The barrage goes on until around 12:30am, and is technically supposed to end when a rival church's bell is hit by a rocket. As both parishes always end up claiming victory, no church ever really comes out on top, and in the process, a casus belli is established for next year's war.

Perhaps most amusingly: while all of this rocket madness is going on, and literally thousands of fireworks are being shot into the ether, congregants go to church. Evening Mass is an important element of Rouketopolemos and is attended by many citizens of Vrontados.

Now that's how you celebrate Easter.