Memorial Day weekend is always a busy one for North America's festival scene. Each May, festivals like Movement, Lightning in a Bottle, Boston Calling, Summer Camp Music Festival, BottleRock Napa and Sasquatch!  kick off summer festival season, and it's quite the challenge to pick just one to attend. Now, with the lineup Sasquatch! has just unleashed for their May 25-27 fest, the choice will be even tougher.

The alternative rock-heavy fest scooped Bon Iver, The National, Modest Mouse, and David Byrne to headline, amongst hip-hop and more rock from Ray LaMontagne,  Tyler, the Creator, Anderson.Paak, Explosions in the Sky, Grizzly Bear, TV on the Radio, Thundercat, Spoon, Vince Staples, Big Thief, Japandroids, Neko Case, Slowdive, Wolf Parade, tUnE-yArDs and dozens more. Since 2002, the festival has made its home at The Gorge, developing quite a personality along the way. More than 20,000 fans journey to the Gorge year after year for the fest's good vibes, good humor, camping and one of the world's most gorgeous festival backdrops. 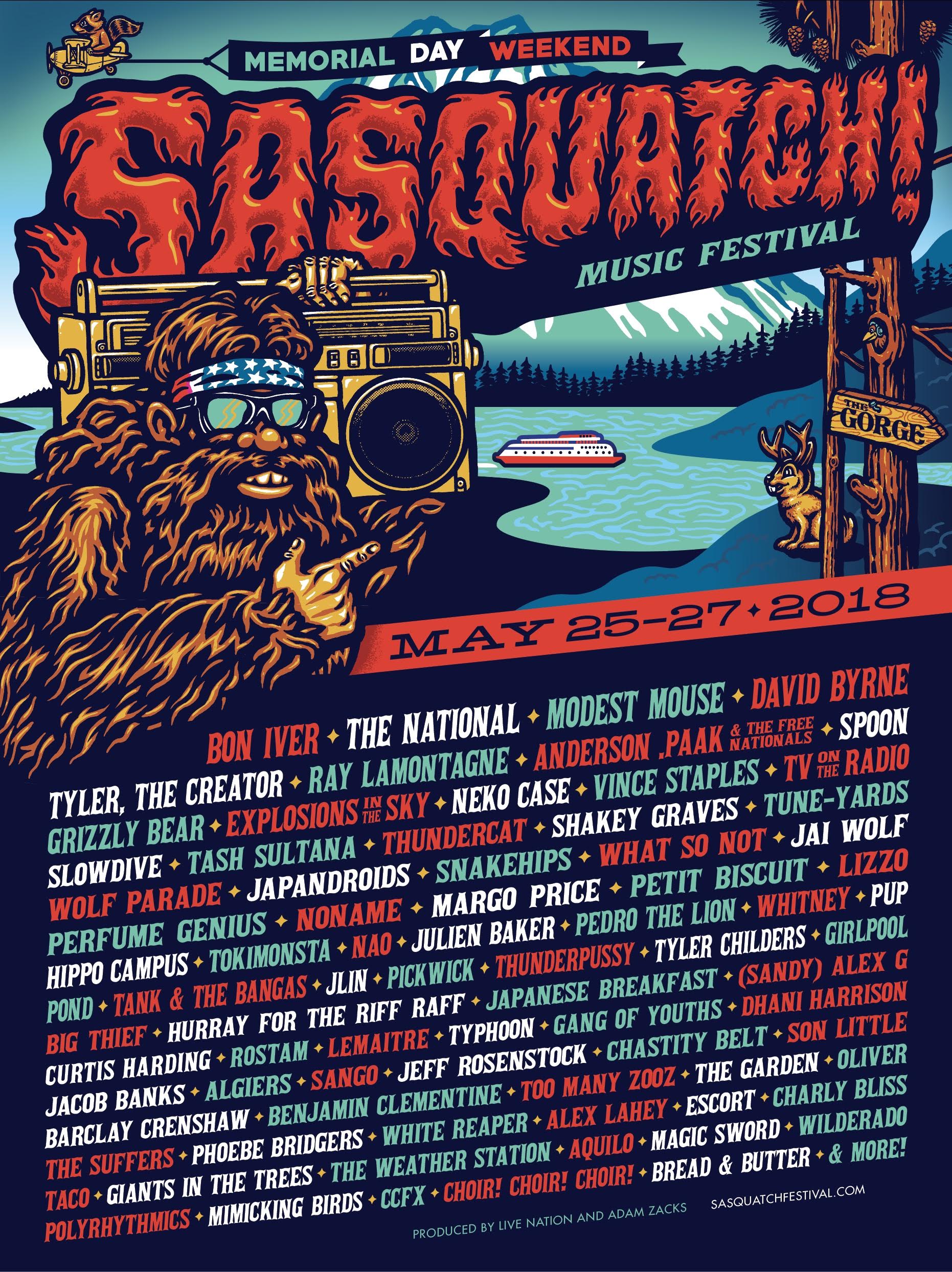