This land, full of villages surrounded by lush green countryside, cypress trees and winding roads, is harmonic most of the year. It’s so beautiful they named a color after it. But, twice yearly, it is overcome with emotions and expectations, dramas and disappointments, and neighborhood rivalries that make the Montague’s and Capulet’s spat in Romeo & Juliet look like child’s play. Siena’s seventeen neighborhoods, or “contradas,” compete for bragging rights for the balance of the year and there’s a suspense in the air that makes the partisan flavor of the event palpable even to the neophyte outsider. 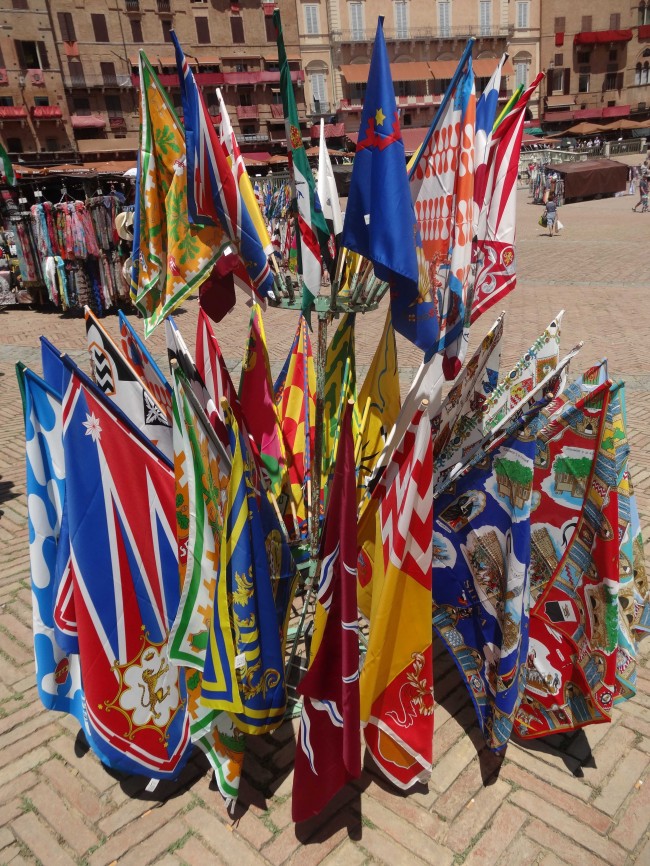 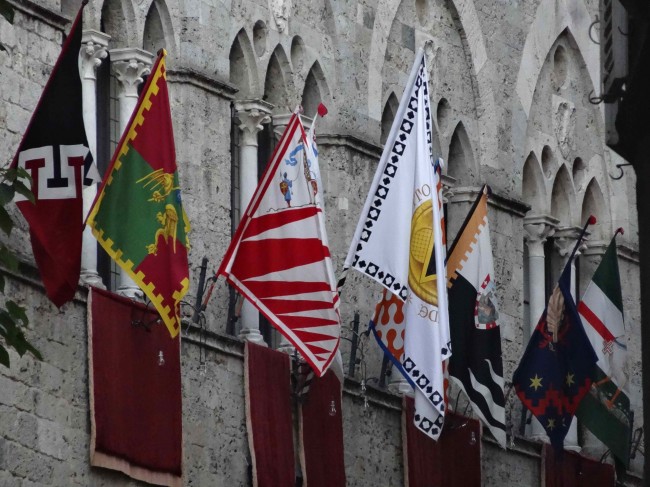 7 contrada’s flags on display at the palace 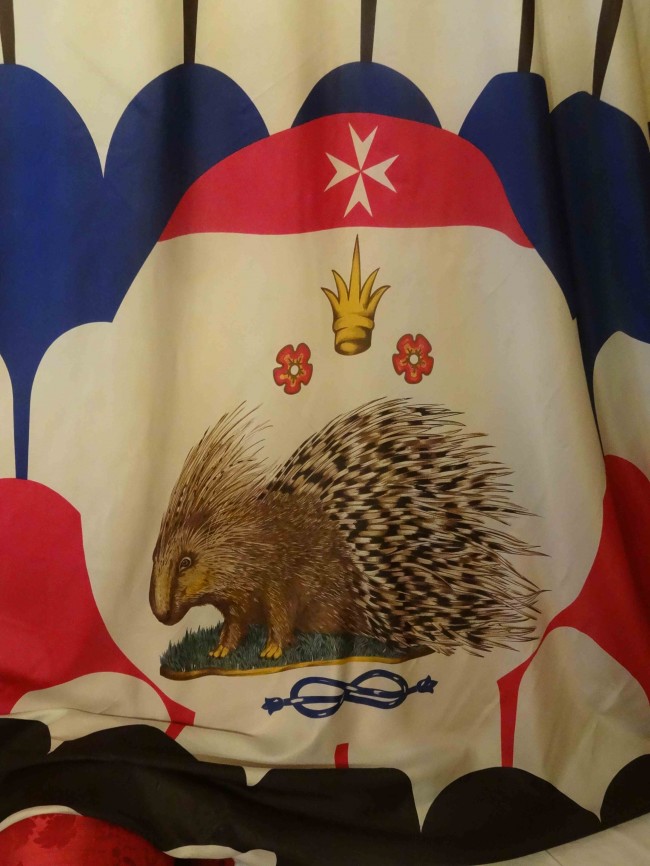 Each contrada has a rival (“contrada adversaria”) district and this can lead to some aggressive jockeying between the riders, including some serious “horse play,” as well as during the days before Il Palio when bands of merry chanters rumble through rival neighborhoods led by their horse. 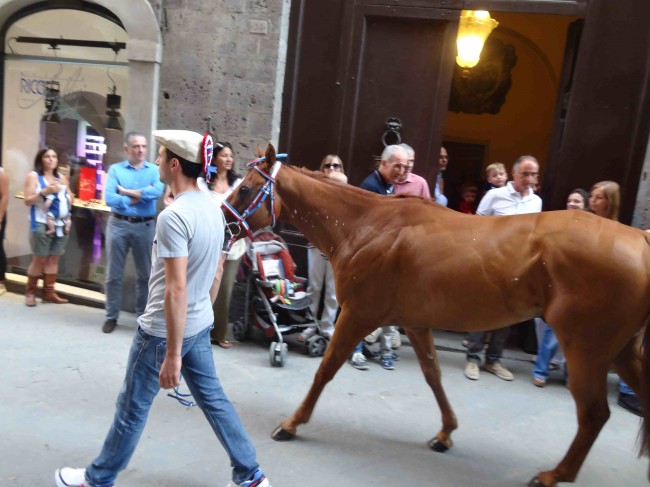 There’s a fairytale gothic grandeur to this medieval city with its magnificent duomo, colorful costumes and banners, and quaint, narrow alleys full of gelateria and leather stores. This isn’t the kind of festival meant for a one-night stand. There’s much to see in this World Heritage city and it’s best to witness the build-up to the big event since the actual race is only 90 seconds long. I savored my two and a half days of foreplay before the crescendo evening of July 2. 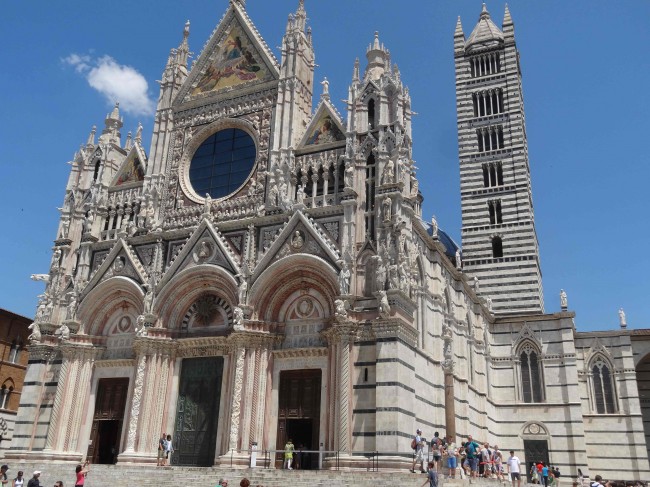 It all starts three days beforehand when the chosen contradas – only ten of the seventeen compete in each Palio – select the ten best available horses which starts a series of morning and evening trial runs. This is one of the best times to rent a balcony spot facing the action. I was able to score a last minute spot overlooking the races for just 25 Euros when the price on the big night is ten to twenty times that cost. The night before the race, each contrada holds a festive street dinner and there’s an anticipation fueled by lots of local chianti. Even the kids of the neighborhoods compete in outsinging each other with their anthems. 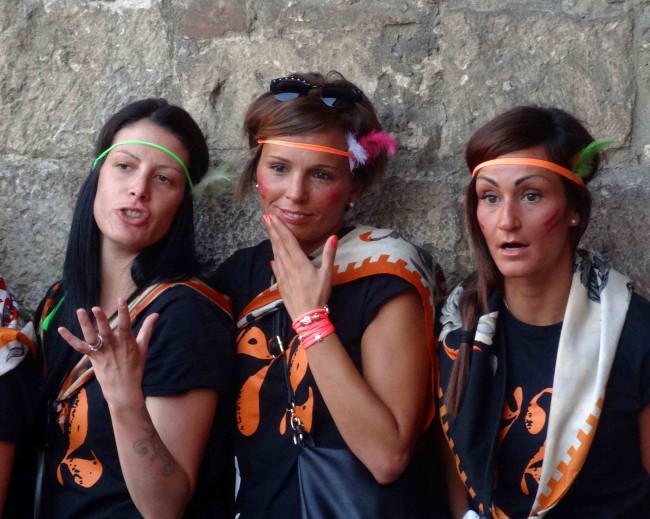 I’ll give a further sense of the historic Piazza del Campo and the racecourse in my next post. But, suffice to say, Il Palio may be a horserace, but it’s really a study in humanity and our intense sense of loyalty to family, our neighbors, and our traditions.