The ABCs of Electric Forest

Even if Electric Forest didn’t have such a stacked music lineup, it could survive on the pulse of its electrifying art installations alone. The creative geniuses behind each and every piece are the ones to thank for elevating the vibe of Sherwood Forest; each piece, ranging from psychedelic paintings to ambitious, three-dimensional sculpture work, is more wild and 'grammable than the last. After all, who couldn’t use a little taste of the extraordinary?

Before it was called Electric Forest, the festival was known as the Rothbury Festival, and it focused heavily on the eclectic jam band genre. Nowadays, Electric Forest has amped up the bass and evolved into an electronic music festival; it was even nominated for Festival of the Year at the Electronic Music Awards in 2017. However, that doesn’t mean it has abandoned its jam band roots. The lineup is still packed with the improvisational magic that makes the jam band genre so special, with The String Cheese Incident slated to crush it once again during both weekends in 2018.

Camp at Electric Forest and you’ll fully understand the magic of this beloved festival. Who wouldn’t want to be enveloped in its loving, good vibes around the clock for four days straight, surrounded by your Forest Family? Electric Forest makes the camping experience easy by including a camping spot and complimentary parking in your camp for carpools of two or more people, in the price of your General Admission (GA) Camping Wristband. Interested in a camping without vehicles? GA Tent Only Camping is a great option for those arriving on a shuttle, via bicycle, or being dropped off. No special pass or add-on is required. There’s also camping for those who want to arrive early, and those interested in Group Camping.

Location is crucial to any festival experience, and the lively Double JJ Resort offers nothing but pure bliss every season. Electric Forest has been held at the vibrant country ranch since 2011, welcoming tens of thousands of rabid fans each year to indulge in the breathtakingly beautiful scenery. Its infectious charm and positive vibes are unlike any other destination resort in the Midwest.

Electric Forest takes special care of its family members who are veterans or currently in the armed forces. From its website, “Launched in 2013, the creation of Electric Forces was inspired by the stories of Pat and Tim, two young wounded veterans who attended Electric Forest and were deeply moved by the community they found there. As Pat explained, ‘My friends took me to Electric Forest in 2012 when I was still lost. It changed my life. Everyone at that festival became my family within a few days and I can honestly say I think it saved my life.’...Electric Forces activations have included shared storytelling, group camping, site-build volunteer opportunities, and more.” It also offers roles in Electric Forest’s production, and mentorship opportunities.

Life is hard in general, but it’s much more tolerable when you’re surrounded by the people you love. At Electric Forest, the ever-growing Forest Fam is bound together by love, not DNA. Initially a reference to the group of people who work around-the-clock to create Electric Forest, the festival then flung its arms wide open and welcomed anyone who wanted to be part of the family. With over 40,000 people attending every year and new faces joining in record numbers, this is one family that will never feel too big.

Maybe it’s the lights and lasers at night, or the sun gleaming through the trees during the day. Maybe it’s the good vibes bringing a little more color to all our cheeks. There’s just something about a weekend in Sherwood Forest that bestows a special glow upon everything and everyone there.

Her Forest is the festival’s immersive zone for all who identify as women. Its goal is empowerment, support, comfort and solidarity for the tribe — and we’re not just talking about a workshop here and there. Now in its third year, Her Forest offers an end-to-end experience including a dedicated camp, a five-hour curated event, panel discussions, meetups, women's circles, and closing circles for the festival at large. “We’re all sisters,” co-producer Kiki Federico emphasizes all weekend at Her Forest – an important reminder that identifying as a woman welcomes you into a beautiful, supportive community of sisterhood, at Electric Forest and in the real world.

The feeling of something magical is always in the air at Electric Forest. That doesn’t mean you should keep a safe distance, standing idly by; Electric Forest is designed to please the senses. Whether it’s a towering art installation, the technicolor trees, or a new friend from another corner of the world, get in close and greet everything with a warm embrace. Sherwood Forest is yours for the taking.

Of Electric Forest’s many magical stages, the Jubilee Stage is like its own world. Designed and built by Team ATOMIC, Jubilee is a relatively new structure that made its debut in 2015, resembling a giant circus tent that saw the likes of Charles Bradley & His Extraordinaires, Break Science, and Galactic, who performed alongside soul star Macy Gray. Beyond its kaleidoscopic lighting and eccentric, theatrical design, the Forest Family loves the fact that it provides shelter from downpours and the oppressive sun.

Electric Forest’s lovable eccentricity is its lifeblood. From the whimsical Sherwood Forest to the colorful cast of characters roaming around, nothing is quite what it seems; in fact, it sometimes feels like another planet entirely. Its playful energy and oddball personality fuses with the liveliness of the Forest Family to create one otherworldly experience.

Sometimes towering trees can resemble the set of a horror movie, but like magic, Electric Forest flips the switch and turns it into a marvelous spectacle at night. “Flip the switch” doesn’t do it justice, though, because the festival boasts some of the most dedicated and unique light artists in the business. From talented hoopers to mind-blowing projection mappings on the trees, Electric Forest’s various light shows will melt your face off.

Heavy rain has caused mud to develop in spots at @Electric_Forest. Give yourself extra time to move around the grounds. pic.twitter.com/luX4PGWG8p

Last year, festivities were briefly halted by a four-inch downpour that snarled traffic heading into the fest and created pits of mud all over the festival’s grounds. While most embraced the goop in the anything-goes spirit of the fest, many were caught off guard. You never know when a summer storm might hit, so come as prepared as you can for rain. No one likes to feel soggy for an entire festival weekend.

When we talk about festival production, we’re definitely referring to all those face-melting lasers, light shows, stage design, and high-definition sound. But we’re also referring to all the detail put into the rest of the festival. Roving performers to draw you into the forest’s spirit; hidden speakeasies; altars and shrines; the Giving Tree and fairy hideaways; a world-renowned women’s safe space; stage takeovers to suit any musical taste; art installations on the grounds and in the trees; Forest Forever Sherwood Weddings that ooze with love; Luminaria to remember loved ones; saloons and tea lounges; vendors hawking food and festie clothing and crafts...the folks behind Electric Forest have thought of everything to make your weekend absolutely pop.

It’s all about love here, but you won’t feel it with a closed mind or heart. Like life, you get out what you put into the Electric Forest experience, so don’t be shy, and welcome to the Forest Family.

Get hyped for all the performances that await you while you pack, while you’re working, in your car on your way there, or even while at your campsite with Electric Forest’s lit Soundcloud, Weekly Mixes, and Spotify playlists. 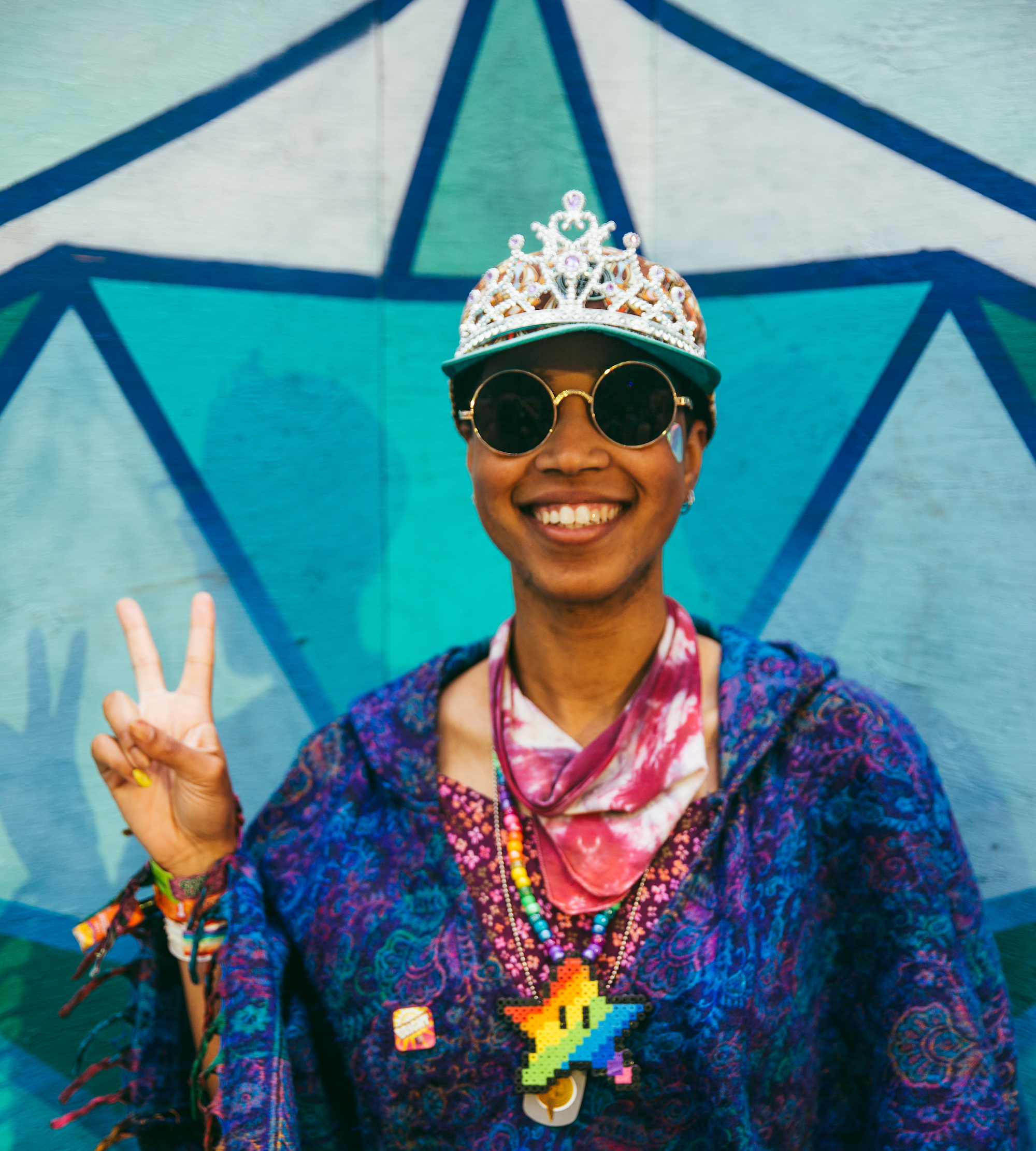 Remember that if you have any questions at all – and even your friends don’t know the answer – you can probably find your answers in Electric Forest’s extensive FAQ section.

This year marks the debut of the Book of Fantastical Feats & World Records, which acts as an avenue for creative Forest Family to submit original record setting aspirations. It's basically a zany but endearing way to bring the Forest Family together for a record-setting experience. This year, the festival will partner with The String Cheese Incident for an aspiration submitted by Odai, who wants to set the official forest record for the most people dressed as superheroes at one time. We can’t wait to see what records will be attempted and broken in the years to come.

Electric Forest’s sustainability and greening program is called Electricology, and it extends to the farthest reaches of the festival grounds. You’re not only urged to put all waste in its right place (i.e., in the appropriate waste/recycle/compost bins), participate in group cleanups, and also earn EcoPoints by bringing your trash and recycling to Ecozones, or participating Electricology’s many contests detailed on this page. There’s so much you can win!

They may stand still and occasionally sway in the breeze, but like the Forest Family itself, the mighty white pines of Sherwood Forest are living, breathing characters. Reaching sky-high towards the stars, the trees are every bit as dynamic as the art installations and music performances. They wear the warm, glowing lights and the cool, darkened shadows like armor, protecting the Forest Family from the outside world while keeping the positive energy flowing.

Across two jam-packed weekends, Electric Forest is known for its incredibly diverse lineups, featuring both superstars and up-and-coming acts. The latter is composed of genre-bending artists who may not have universal recognition, but are beloved by the Forest Family all the same. Their unrivaled energy and experimental sounds keep the festival grounds pulsing non-stop, and we wouldn’t have it any other way. Look to the small print, say “Who the hell is that?”, and prepare to be blown away.

Electric Forest’s home is your home.

Weekend One vs Weekend Two

Up until 2017, Electric Forest was a one-weekend experience. You may have wondered, "Should I go the first or second weekend?" If who’s playing is a key factor, take a look at the lineups, which differ each weekend. The crowds vary as well. The first weekend draws the most people including the veteran attendees who are the most eager to return to their woodland home. Like most two-weekend festivals, Weekend One gets the first look at everything—all the big art installations, performances, secrets, and surprises. But for the more subdued festival-goer, Weekend Two may suit you better, with its smaller crowd and more intimate experience.

Astronaut Frank Borman once said, “Exploration is really the essence of the human spirit.” Life doesn't seem so stagnant once you set foot on the festival grounds, because there’s something beautiful to discover in every nook and cranny of Electric Forest. Throughout the festival are numerous secrets waiting to be discovered, such as the Poetry Brothel, a speakeasy and much more. Don’t let the fear of the unknown decide your path; go wherever the forest takes you with great excitement. 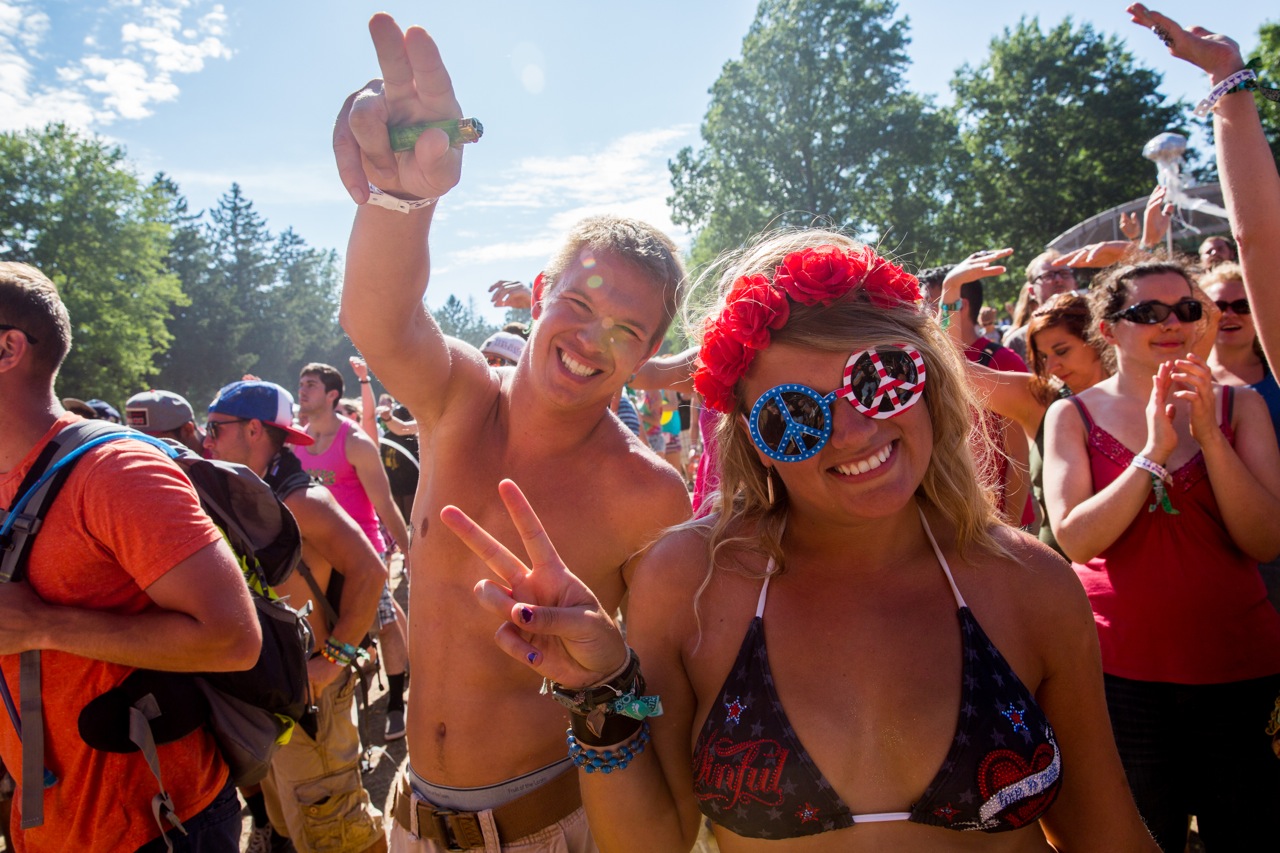 Not taking everything so seriously is sometimes to most healthy way to approach life. The Forest Family knows this better than anyone, and they have the youthful energy to prove it. Why be stuck in the past when you can live in the present, jamming with friends old and new, soaking in your natural surroundings and basking in the warm glow of a psychedelic light show? Such ethereal beauty is uncommon in the real world, and you should do everything in your power to enjoy it fully.

Remember to rest up and recover. You have a long weekend ahead of you! Luckily there are plenty of Hammock Zones and chill-out spots peppered throughout Sherwood Forest for you and your crew to catch some Zzzz’s whenever you need to refuel.