The Art of Giving: Talking with Patrick Shearn of Poetic Kinetics

This article was originally published on July 17, 2014.

It used to be that music festivals simply invited bands to come play in a field somewhere. There might be some food vendors, maybe a couple stalls with people selling crafts and t-shirts and posters. People showed up, they danced, they enjoyed. These days, festival organizers spend millions of dollars to make their events the stuff of legends, bringing in large-scale art installations that add to the atmosphere and energy of the festival.

Recalling my own experience with Helix Poeticus, the Coachella Snail, I remembered feeling that there was a sort of immersive, mystic attraction that this installation brought to the festival experience. I wanted to learn more about it, so I caught up with Patrick Shearn, the President and Co-Founder of Poetic Kinetics, a small community of artists in Los Angeles who happen to be responsible for some of the most famous pieces of festival art. 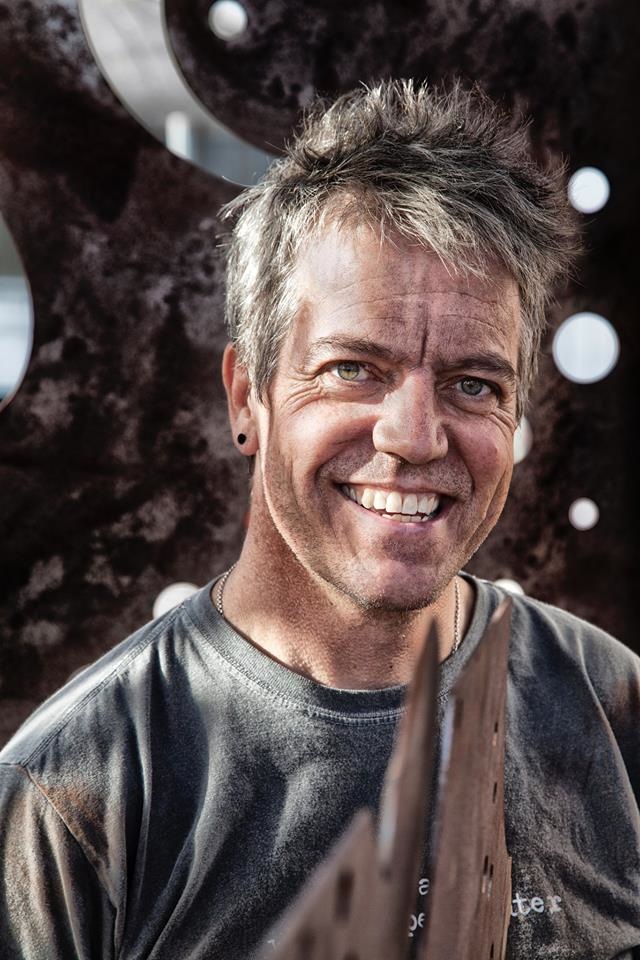 I visited Poetic Kinetics for a few days in April to assist with the construction of Escape Velocity – also known as the Coachella Astronaut. While there, Patrick graciously made himself available to speak with me about the culture of Poetic Kinetics, how he got his start, and his plans for the future of the organization that creates much of the magic behind mega-festivals like Coachella, Electric Daisy Carnival, and Burning Man.

A Culture of Giving 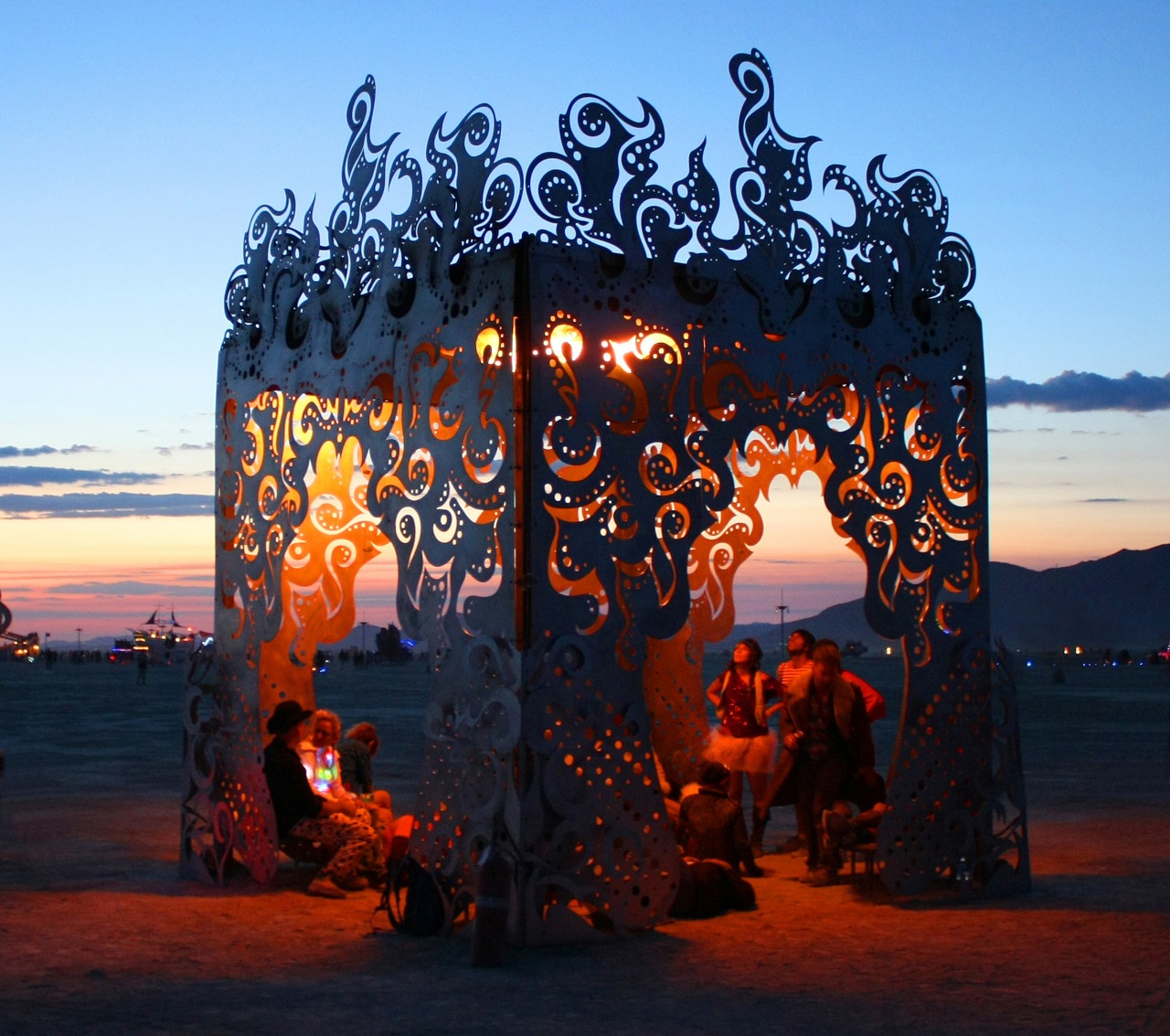 At Poetic Kinetics, the people make all the difference. I asked Patrick to talk about the people and culture, and he referred to his team as "a sort of spin-off of both the film community and the Burning Man community." Being based out of Los Angeles, Patrick suggested that it’s the hybridization of these cultures that makes for the perfect combination of creativity and can-do spirit. To Patrick, "It's particularly fortuitous because we have the brain trust and the work ethic of Hollywood, which is sort of one of the more refined creative machines on the planet. They're really efficient and they really understand how things can happen and you don't say no in that environment. It's really like, how can we make it happen."

The Burning Man community, on the other hand, comes from a place of experimental "unrestrained creative freedom, devoid of corporate attachments and commercialization and name tags and plaques and price tags." The spirited Burning Man culture engenders a belief in "art for the sake of giving, art for the sake of art, and it’s presented to everyone that goes to see it as purely a gift and not something that is so monetized or career based." With his team of capable souls and upbeat hearts, the Poetic Kinetics have poured love into a space that has affectionately come to be called “Abundant Sugar.” As a result, the team has "the track record of getting it done, doing things right, thinking outside the box, and going beyond even [their] own expectations." Patrick says, "It’s been very successful, both from a business model [view], but also from a sense of camaraderie and life experience and adventure."

Where it All Started 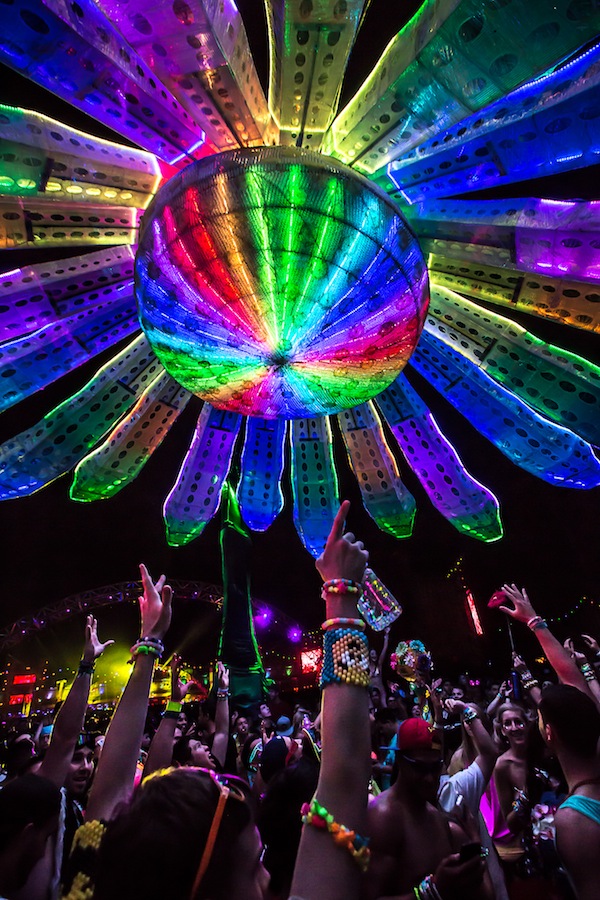 I was very curious about how Poetic Kinetics started out, so I asked Patrick to go back – way back before Escape Velocity, before Helix Poeticus, and the enormous The Warrior and The Girl puppets at the 2008 Olympics – to tell me how it all began. I half expected a talk about a film, or art school, or perhaps another company that he worked at, but his answer was none of these. Instead, Patrick spoke of his upbringing to give us insight to his formative years living in a family of artists. "The way I was raised, art was something that just happened. It was more a thing like eating or breathing or something in that vein, rather than something to attain. It was much more process based rather than results based." He then told me a story about how his friends would visit and they would make art together. "Some of the art would make it onto the refrigerator, and some of the art would go in the trash can, and it was never precious. It was never: I am what I create. I never felt judged based on my creative capability or expression." For the Shearn family, art is simply a way of life.

There’s something pure about that idea. Something extraordinarily beautiful.

When it comes to getting motivated, Patrick suggested that anyone who is an aspiring artist "Just get up and do it and make everything a creative decision. [For instance,] how you spread the mayonnaise on the bread could trip off some creative thought about some other application of some other material on some other surface." Creative juices are flowing in each of us, but to tap into them, the key seems to be a readiness to look at things differently.

Patrick hinted finding that willingness to "play with things [or] turn things upside down" can open up the doors to new possibilities so we can "imagine combinations of things that are completely unexpected."

The Ideal Home for the Coachella Astronaut 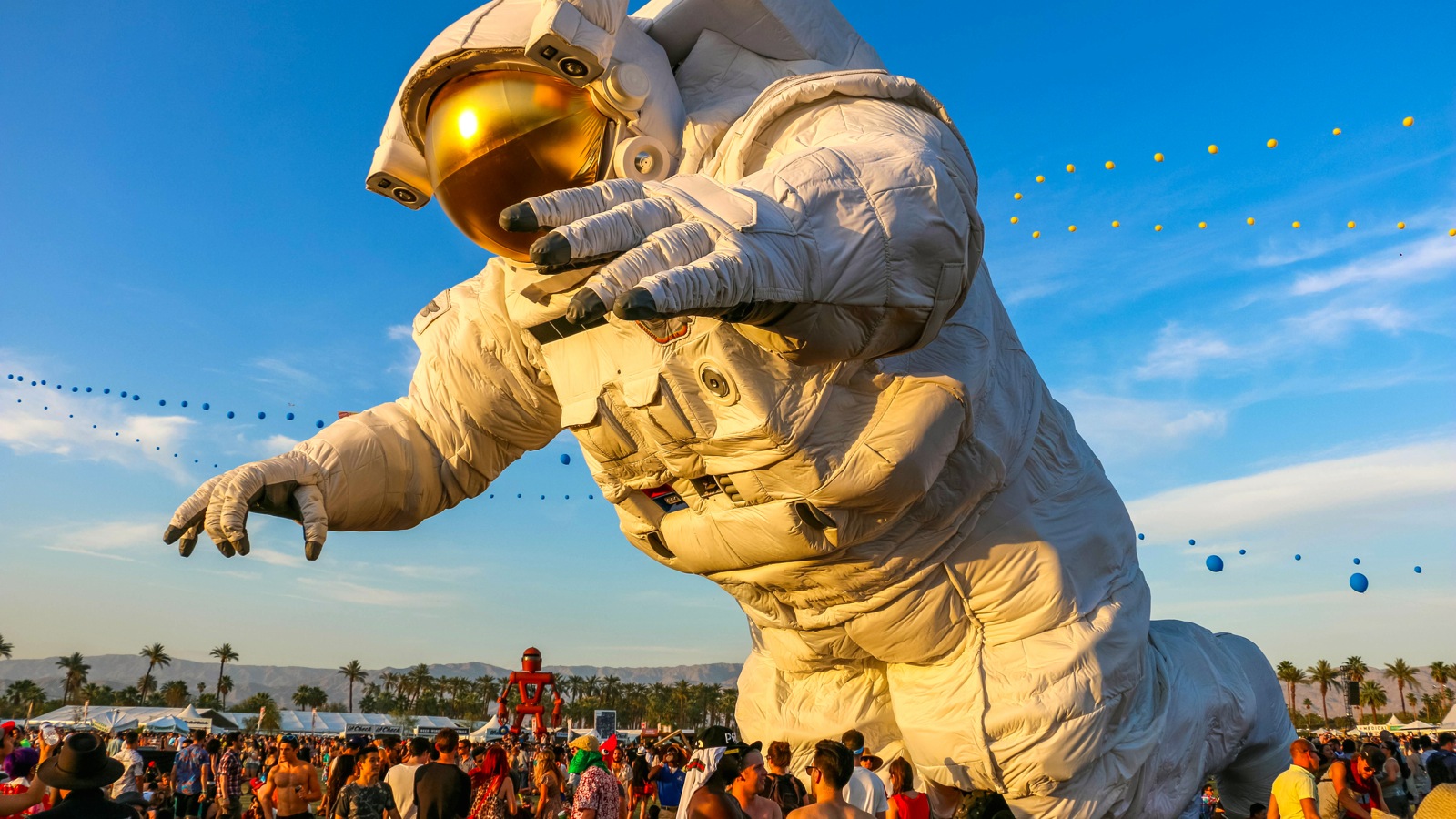 Now that Coachella has passed, I asked Patrick what would come of our beloved astronaut, Escape Velocity.

"The astronaut, in no small measure, was inspired by the realization that there is a real lack of government funding for space exploration. It was a huge part of what was going on when I was growing up. I think in no small measure it is a huge part of why this country grew the way it did, became a dominant force in the world the way it did, and inspired a lot of technical advances and a lot of really great innovation.

It's really kind of sad that it's fallen prey to lack of scientific interest on the part of many government people, and lack of funding as a valuable thing for a country to pursue. There's corporate space research, and that's interesting and cool, on possibly a resurgence of that. But I really would like to inspire the kids to consider science as more than a pain in the ass in school, but actually you can see that there's maybe a place to go with it that is crazy and creative and big and beautiful… To that end, we're looking at trying to find a home in a science or space museum that can continue to educate kids and inspire kids the way we were hoping to at Coachella."

Festival creations at Poetic Kinetics are developed with one purpose in mind – to spark wonder. Like our national space programs of the past, this quality was once a hallmark of American culture. Indeed, most would probably agree the decline of educational wonder is an unfortunate sadness. As an instrumental part of the continuation of that legacy, Poetic Kinetics aims for higher goals than simply building colossal art. For Patrick and the Poetic Kinetics team, art is a gift to the future that ignites a collective dream of restoring the sciences to their former glory.

I, for one, will be first in line at whichever science or space museum where Escape Velocity makes its home.

What’s Next for Poetic Kinetics? 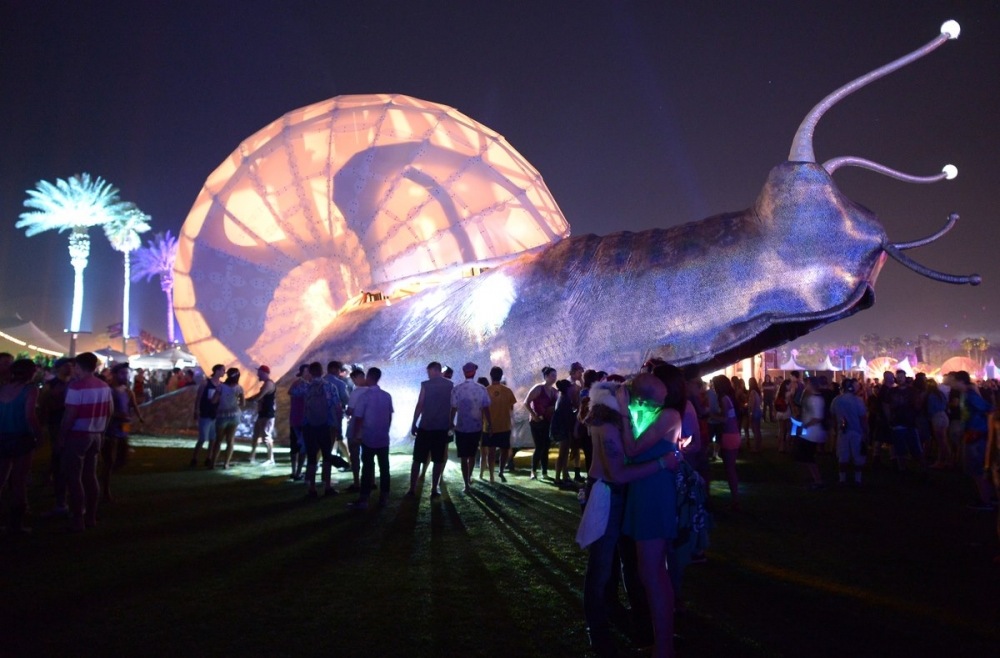 I asked Patrick to talk about any upcoming projects that we could look forward to seeing. He said "that’s usually a problem. Everyone wants to have… the biggest surprise… so they can manage the publicity around it." He couldn’t say much, but what he did say piqued my interest. Patrick grinned and his eyes lit up. His elation was palpable.

"We are currently in an exploration phase of something that is pretty exciting. It’s bigger than the astronaut, and if it goes and if it works, I would guess that half the people on the planet would see it. Something like that, some kind of crazy number like that. I’m just guessing." Out of respect for his work and appreciation of his time, I didn’t want to pry much more, but I think he noticed I shifted in my chair to the edge of my seat.

"It’s incredibly technically daunting, and we’ll have to see. It’s taking all my time right now. I’m consumed by this."

What could it be?! The imagination dances with the possibilities.

Read the full transcript of the interview with Patrick Shearn here.

Graham Berry is a marketing freelancer, writer and fanatical audiophile focused on sharing his love of live events and magic of music festivals.