Junkanoo Parade Is an All-Night Rager Celebrating Life and Freedom

One of the most colorful festivals in the world, Nassau, Bahamas' Junkanoo Parade is a wild, all-night street party and parade celebrating life, heritage, and freedom. The West Africans who were brought to the Bahamas in the 17th century were enslaved under British law and were given a three-day holiday during Christmastime, which the slaves used to reassert their humanity, during a time and in a place where they were considered animals, day in and day out. 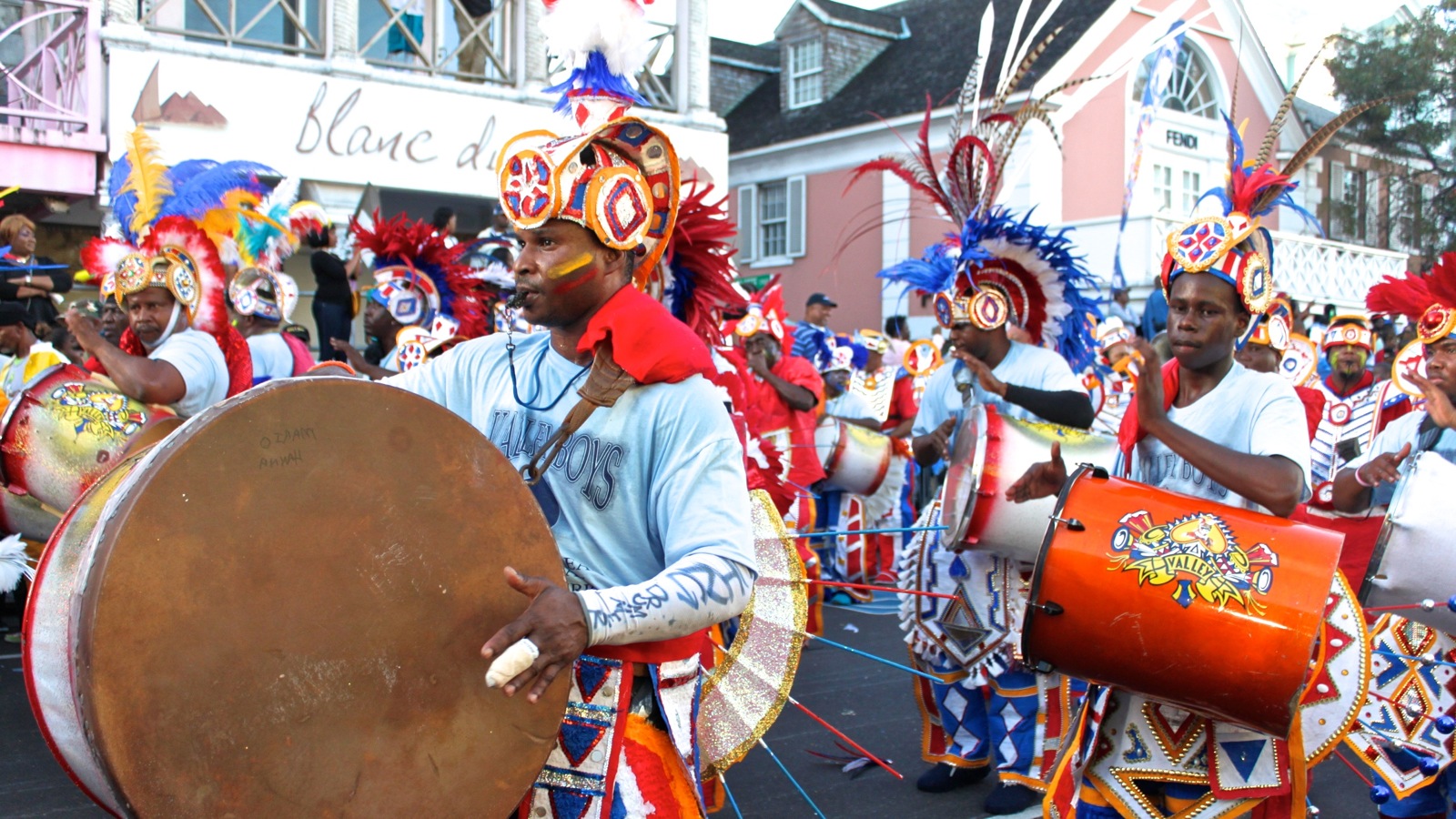 In memory of their former lives in their homeland, they recreated their rituals in Africa during these three days, which eventually evolved into what is known as Junkanoo today. Now, it is the major cultural event in the Bahamas, when the nation's main street is transformed into a sea of sight and sound that amazes, astounds and enthralls from the wee hours of the morning well into the heat of the day. In fact, it is so elaborate and raucous that it is considered to rival even Rio Carnival and New Orleans' Mardi Gras. 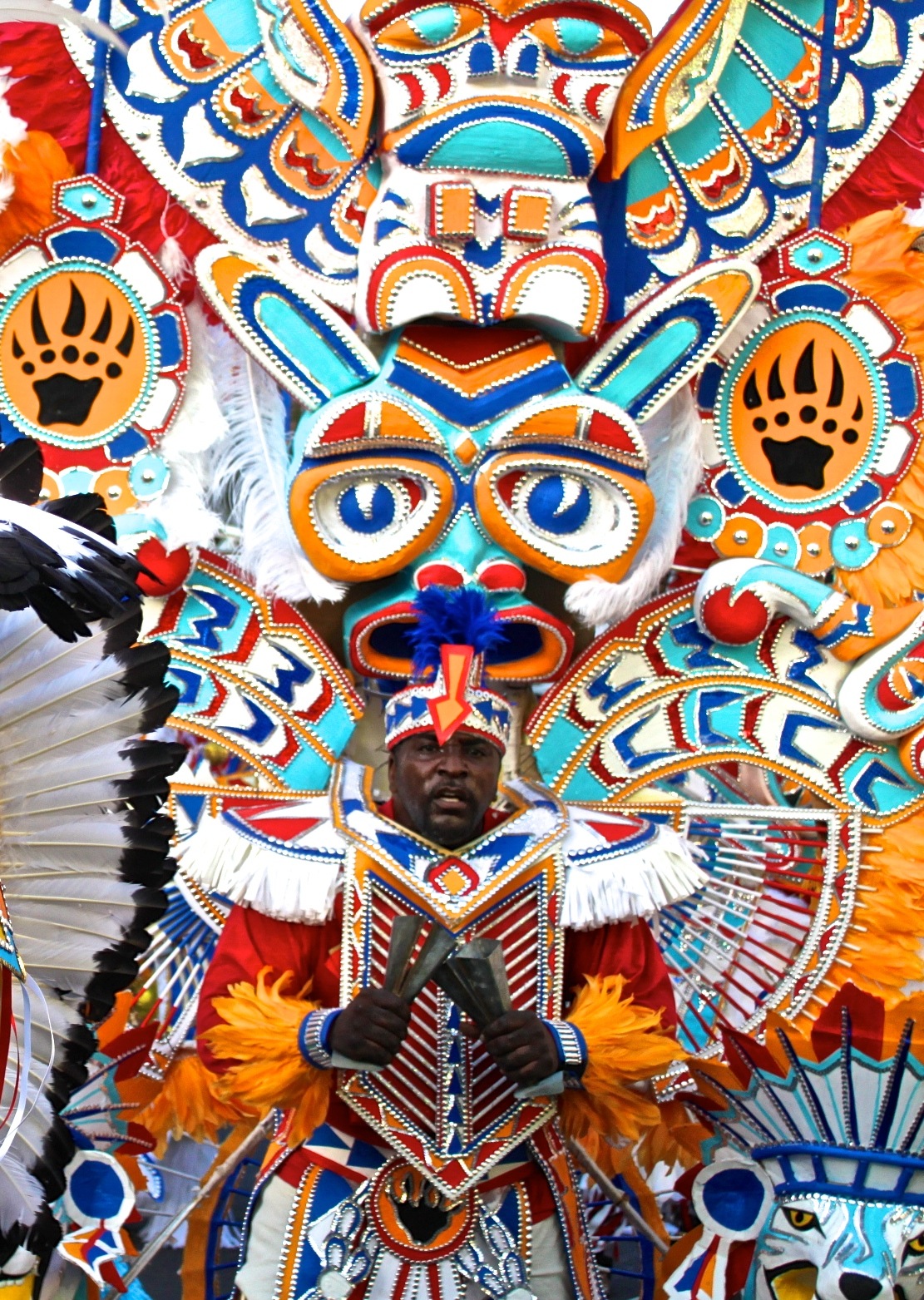 The music and dancing is a spectacle to behold but the costumes are the true stars, and hold perhaps the most cultural significance. As explained (and shown) in the video above participants must have on a mask, must have bells or rattles, and a goatskin drum. Legend has it that the slaves decorated themselves using whatever scrap materials were available; feathers, shells and leaves, and even newspaper were easy to obtain and sewn onto their clothes with flour paste used to paint their faces. Newspaper was especially meaningful because slaves were prohibited from reading or learning. As time went on the methods evolved with the custom of crafting costumes out of colorful crepe paper and cardboard becoming a fine art form. Costumes may be as tall as 15 feet and adorned with a myriad of glittering beads, feathers and rhinestones. 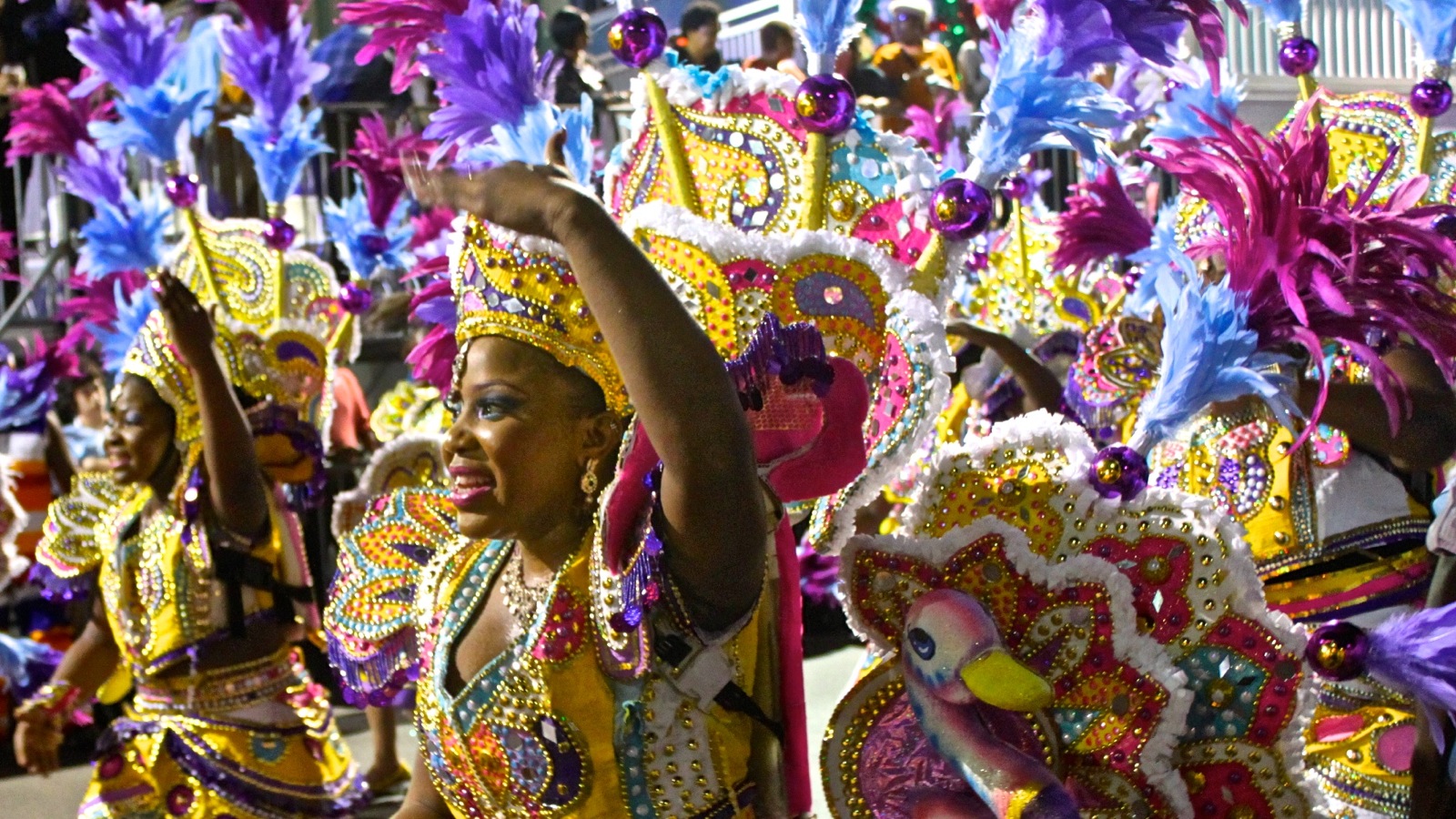 The ostentatious display in the pride of an entire people reaffirms the powers of tradition and cultural heritage, which can endure in even the most harsh and oppressive environments. It's enough to give anyone who beholds Junkanoo a rush of hope. When you go, don't be afraid to  jump in, enjoy the beat, feel the energy, visit the beach and have some fun.