The Best Countries in the World for Festivals 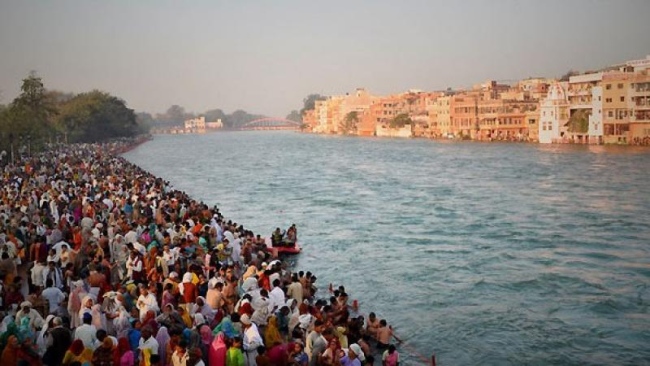 By Edson Walker via Creative Commons

In the summer of 2012, as I started telling people about my intent to create a travel blog and website dedicated to the world’s best festivals, one friend asked me the following question as we watched the Olympics in London, “So, which countries would win the gold, bronze, and silver when it comes to festivals?”

Upon doing some research, it was pretty clear that India wins the gold. While the country has just three national holidays, the collection of Hindu. Muslim, and Christian festivals celebrated (typically based upon the lunar calendar) is staggering: from the largest celebration of humanity (70 million) people each 12 years at the Kumbh Mela festival (with smaller versions every three years); to Diwali, the Festival of Lights, that feels like New Year’s; to the Festival of Colors, Holi. India is a country that’s built on celebrating the gods, or, at the Pushkar Camel Fair, camels. But, fair warning, if you’re going to India to celebrate a festival, just know you will be surrounded by humanity. It’s not for those who are claustrophobic or squeamish.

I have to tell you that we almost had a tie when it came to first place. When I listed what I thought were the world’s 50 most famous or influential festivals of the world, Spain came within an eyelash of matching India. Spanish fiestas are just like the country: exuberant, colorful, chaotic, and fun-filled. And, while there are numerous religious festivals in Spain, this country deserves the crown for the most diverse festivals: from El Colacho (a baby-jumping festival); to Fiesta de Santa Maria de Ribarteme (festival for those who’ve had a near-death experience); to La Tomatina (tomato throwing festival); to Las Fallas (festival in which beautiful art pieces are set on fire that predates Burning Man in the US); to Fiesta de San Fermin (Running of the Bulls).

The bronze goes to a dark horse. If I’d given you a multiple choice test and said that the third best country in the world for festivals was one of the following five countries, which would you choose: Italy, Brazil, United States, Indonesia, or Japan? I wouldn’t have guessed Japan, but this country has some of the world’s oldest festivals (Takayama Matsuri 500 years; Sanja Matsuri 1,300 years), some of the most visually-stunning (Hanami – cherry blossoms; Wakakusa Yamayaki – fireworks and fields on fire), and some of the weirdest ones (Hounen Matsuri – harvest festival with big penises; Hadaka Matsuri – the naked festival). Just like Mela in Sanskrit means a fair or festival, Matsuri has the same meaning in Japanese and the idea of public gatherings is deeply-entwined in Japanese sociological customs just like public baths were and still are a part of the culture.

What’s common with festival-centric countries? Just like the Balinese, a culture where village festivals predominate, they see success in life based on collective rather than individual achievement, countries that have flourishing festivals tend to have a strong sense of internal connection. Whether it’s due to history, religion or densely-populated communities, festival-centric countries place a premium on connection beyond the family unit. It truly does take a village to create a vibrant festival.