Why Bonnaroo Has the Best Vibe of Any Mainstream Music Festival

What I most look for in a festival is an exceptional vibe – that elusive quality that leads to a really good time. A great vibe facilitates effortless self expression and dynamic interpersonal connections. If the vibe is on point, you just feel good. Last year I attended the boutique house music festival Desert Hearts and wrote about how they constructed their impeccable vibe. For an independent crew, curating an epic vibe for a festival of 3,000 was quite an accomplishment. But how about for tens of thousands of attendees? Bonnaroo Music and Arts Festival is renowned for a high vibe, so I headed to Manchester Tennessee to check it out.

A truly terrific party vibe must feel both safe and loose. In order to have a good time you must feel free of physical danger, ridicule or other intrusive factors. At the same time, if things feel too tame you might as well be at Disneyland watching the action unfold behind a thick panel of safety glass. The looseness is where that late night magic is born. A loose vibe lets you dance on the table, spill out of a doorway and embark on endless shenanigans. Like a somewhat sloppier but definitely less pretentious cousin of Coachella, Bonnaroo has a live-and-let-live looseness that allows a lot of freedom. There would never be a backstage crawfish bowl at Coachella. But there I was bumping into my neighbors while my grubby fingers clutched and twisted slimy crawfish tails into my mouth.

Boonaroo boasts its own Bonnaroovian Code . Like Burning Man’s 10 Principles, the code gives attendees pride in their contributions to the farm's vibe. Attendees are encouraged not to be that guy/gal and instead to radiate positivity. In the past I’ve spoken about how partying with principles helps to create community even if a Utopian ideal is unattainable. By striving for a certain way of being during a temporary, immersive environment we are able to experience a togetherness and pull each other up towards a higher standard. Intention goes a long way with anything, but it is particularly felt in environments of personal experimentation and expression.

There are assholes everywhere, and it would be unfair and inaccurate to say that people behave better in one place versus another. However, there is such a thing as Southern Hospitality, and a cultural tradition that encourages graciousness certainly contributes to a good vibe. Bonnaroo is very much a Southern festival. In some ways it is the Southern festival. There was an out-pouring of manners and warmth that encouraged me to interact more with everyone I met.

Superfly, the producers of Bonnaroo, are wise in their programming. A great example of this is the "Sunday slowdown." Each year a Sunday headliner is chosen to provide a gentle comedown from the exuberant weekend. I lay on a blanket with some friends as the languid noodling of Dead and Company gently caressed resting Bonnaroovians all over the Farm. Another example of great programming was the inclusion of Kalliope, a Burning Man theme camp that includes the mutant vehicle Big Red. I had a wonderful time dancing in the Big Red parade on Sunday.

The Quirky Magic of the Farm

The landscape of the festival was enchanting. Though warm and muggy, the festival grounds had a special magic. I also loved the disorienting stage names: WHAT STAGE, WHICH STAGE, THIS TENT, THAT TENT, THE OTHER TENT. So wait, where's Tame Impala playing? This Tent? No, The Other Tent. That Tent? Wait... what? In the words of comedian and bluegrass musician Ed Helms, “I love the Bonnaroo nomenclature, it's so fucking confusing!” 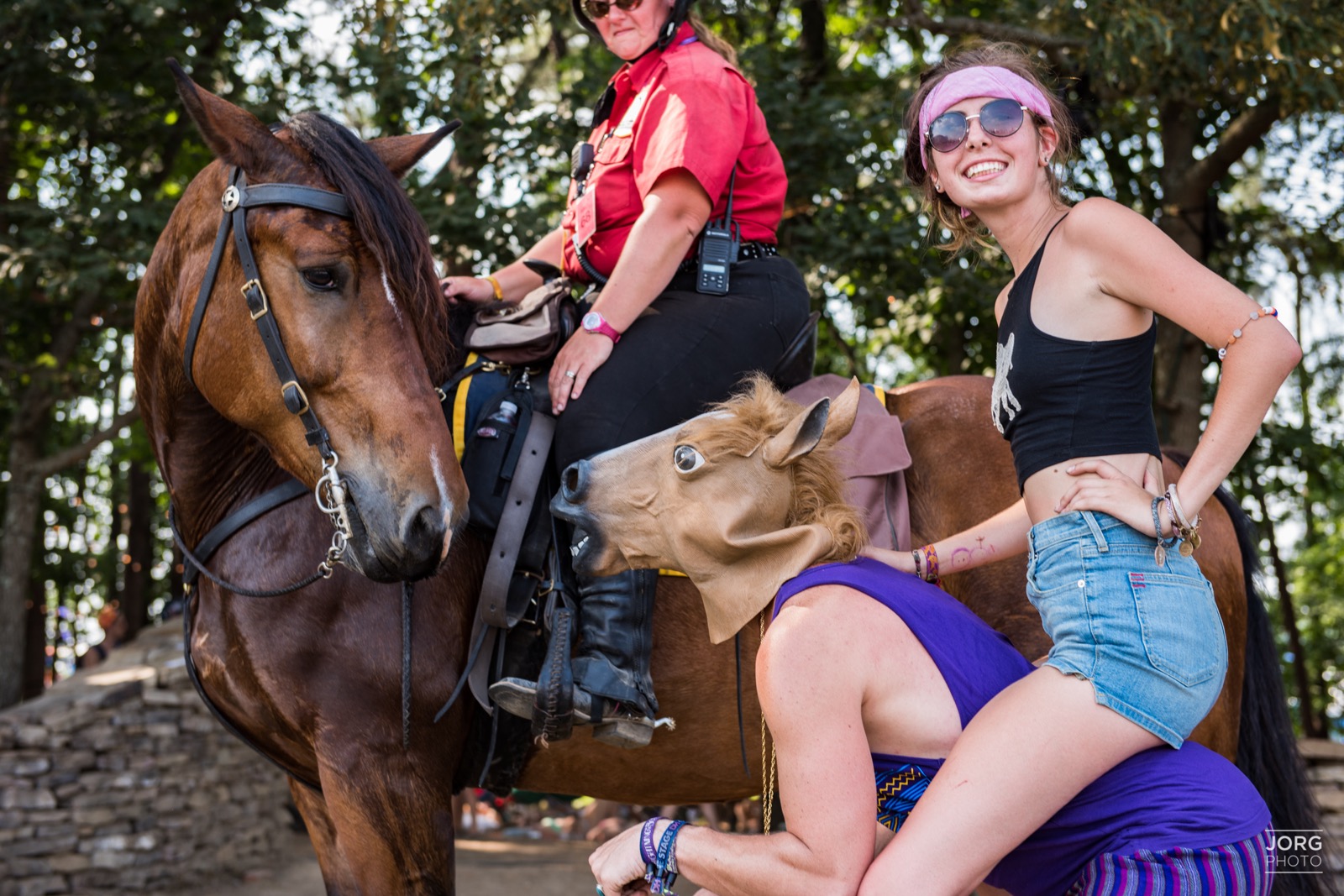 There's an "only at Bonnaroo" quality to the festival's vibe. During his Sunday afternoon set in the comedy tent, Workaholics star Adam DeVine told a hilarious story about watching someone accidentally knock over another festival-goer with a golf cart, shrug and simply say, “Bonnaroo, amirite?” To which the victim rose and before running off into the crowd proudly declared, “Bonnarooo liiiiife!” You had to be there, I know, but the story illustrates an incredible live-and-let-live attitude on the farm.

Bonnaroo is a commercial operation, and after a controlling stake was sold to LiveNation last year there have been rumblings that things have changed on the farm. However it’s the community of Bonnaroovians that stays true 'Roo year round and that makes the event such a magical destination, and one that will continue to be a jewel in the crown of the world’s best festivals for many years to come.