The Do LaB: A Mainline Between the Mainstream & the Underground

It was Monday evening as the sun began to set on the first day of strike after Lightning In a Bottle 2013. The Do LaB , the event production company behind the enigmatic Southern California festival was wrapping up their first year at an untried venue in the sun-beaten Temecula valley.

The rumors about a flurry of undercover drug arrests had finally bubbled to the surface. There was an undercurrent of shock and sadness as the scope of a brutal, coordinated sting by the Riverside County Special Investigations Bureau came to light. I watched as two of the three Flemming brothers — founding members of The Do LaB — scratched their heads in disbelief while standing atop a box truck piled high with stage gear.

With at least 60 arrests (The Lightning in a Jail Cell Facebook group claims hundreds), the Draconian police presence had not just harshed the vibe, it put the entire festival trajectory into question. Would Lightning In a Bottle have to find a new venue just one year after losing its home in Orange County? Could the fest regain the trust of a hurt community? Was this the death of LIB altogether?

“Last year,” one of the brothers said, “we couldn’t even get the Orange County Sheriff to put a guy in handcuffs that we caught with wallets and passports he had stolen.” 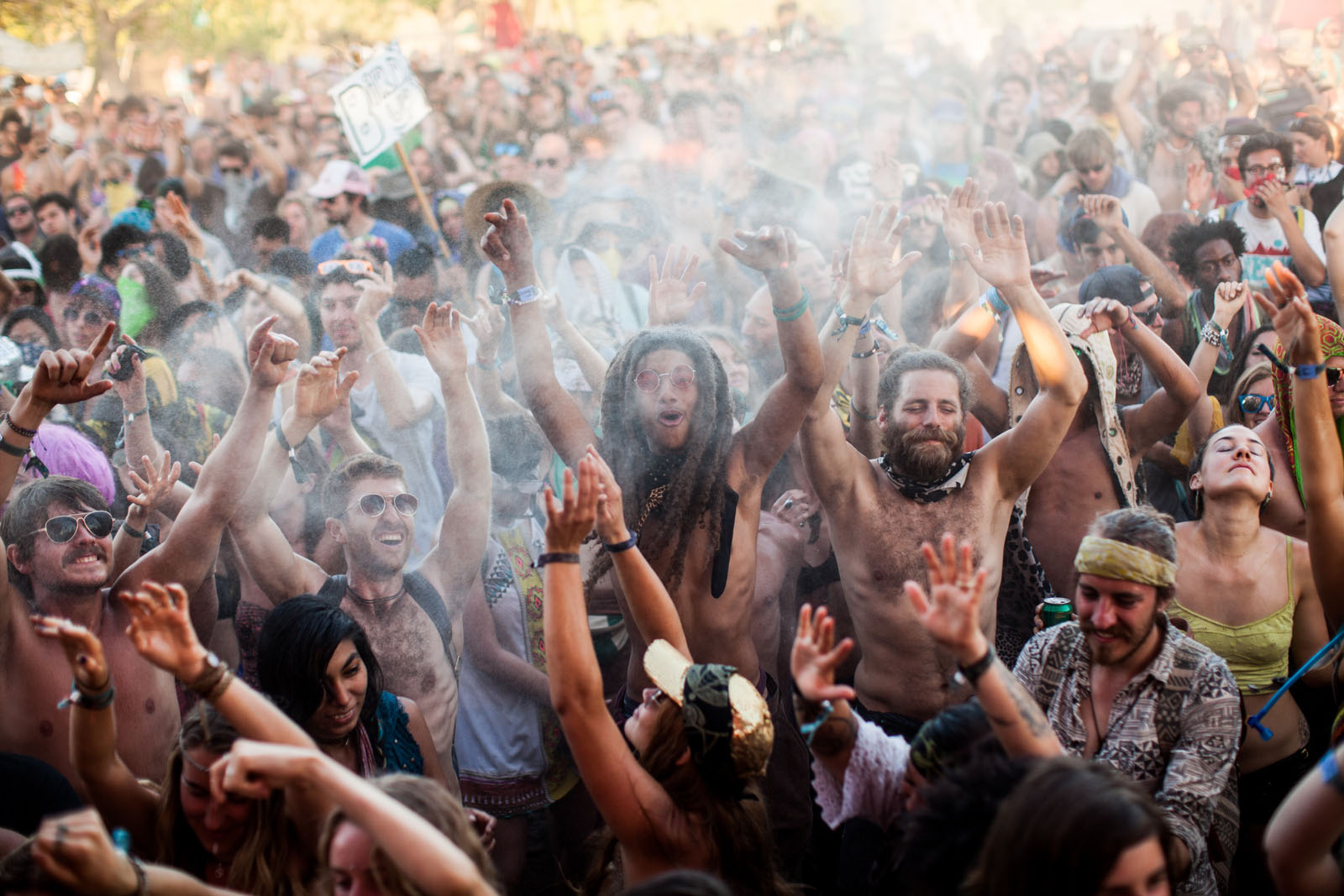 After the PR nightmare, LIB posted an apology on Facebook: “It is extremely difficult to find a location to hold an event such as LIB, and we had the very best intentions in selecting this location. We commit, as we have all these years, to listening to you and to work together to continue to create an inspiring environment for us to gather.” There was no choice but to find LIB a new home – and they did.

In 2014, the resilient Do LaB crew came back with something to prove, and the organization did it with style, despite a grueling production cycle on a new property with plenty of physical and financial challenges. Though it was clearly a year for learning, growing and hard, physical work, LIB's music selection was choice (Random Rab’s sunrise set was a highlight), the live art was phenomenal and the many performance actors and interactive environments went all out for laughs and smiles.

From its roots in early 2000s Downtown Los Angeles to its collaborations at Burning Man to its ever-growing presence at that behemoth called Coachella, The Do LaB now – after all these years of sweat – has the momentum, relationships, business acumen and esprit de corps necessary to flourish in the face of hardship. Through those relationships, the collective has built an incredible, imaginative platform for converting mainstream festival-goers into alternative, counter-culture aficionados. That's where The Do LaB's crown jewel, Lightning In a Bottle, comes back into play. 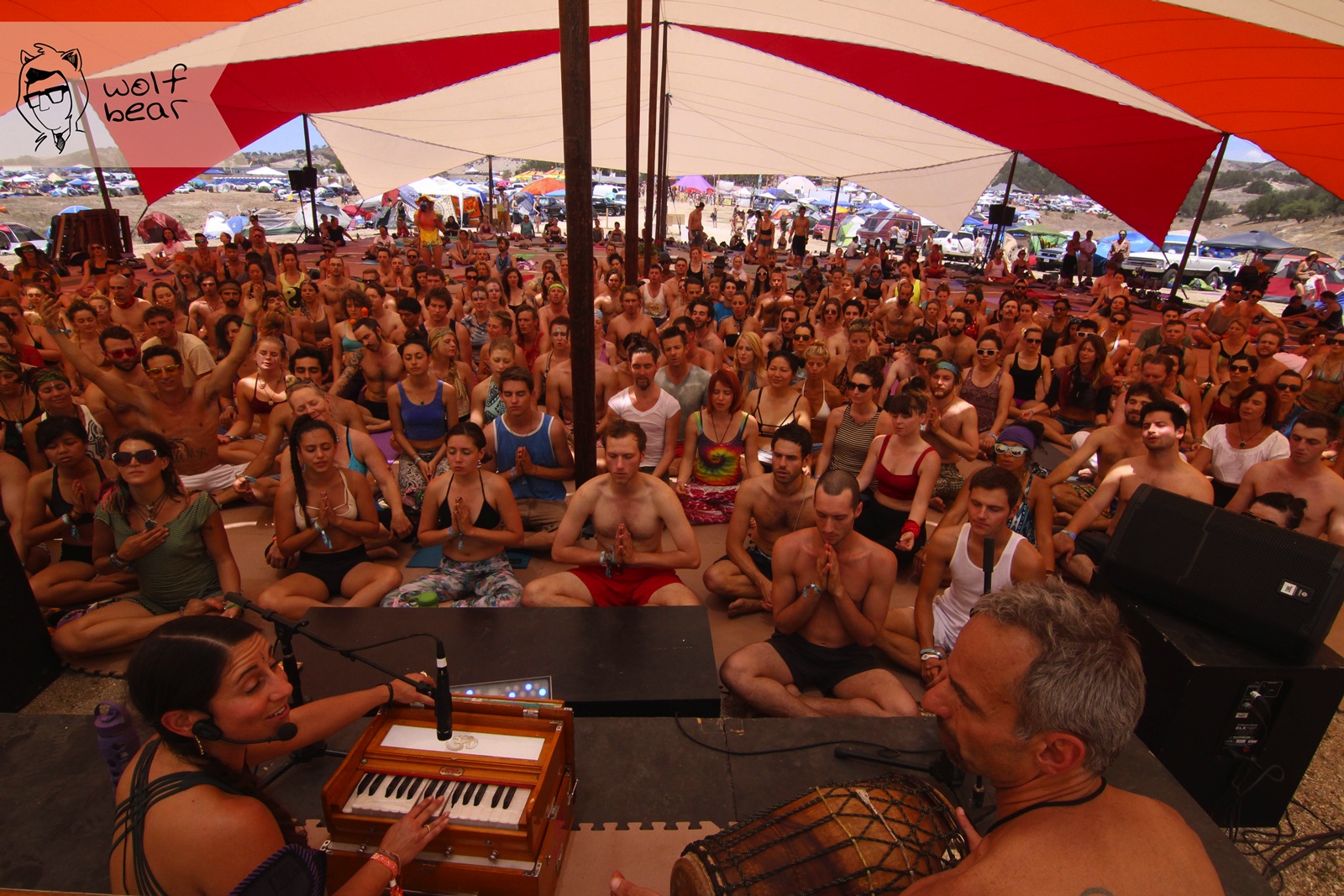 Balancing between mainstream fest culture and the underground scene, Lightning In a Bottle is the next step for many festival-goers to experience an ever-more intimate fest environment, where camping is an opportunity to really meet your neighbors, where art is made before your eyes, where you can climb and dance and do yoga at 3 am, where you can catch major bass acts like Rusko and Bassnectar, or discover an up-and-coming act that could change your life.

In 2015, we'll experience an important chapter in The Do LaB and Lightning In a Bottle's 15-year history. With a swelling reputation for its Coachella party, a second year at a new home bordering a drought-stricken Lake San Antonio, and a transformational festival scene that's doubling or tripling in size each year (with help from LIB!), there's no arguing that what happens at Lightning In a Bottle ripples throughout the community.

How Does The Do LaB Do It? 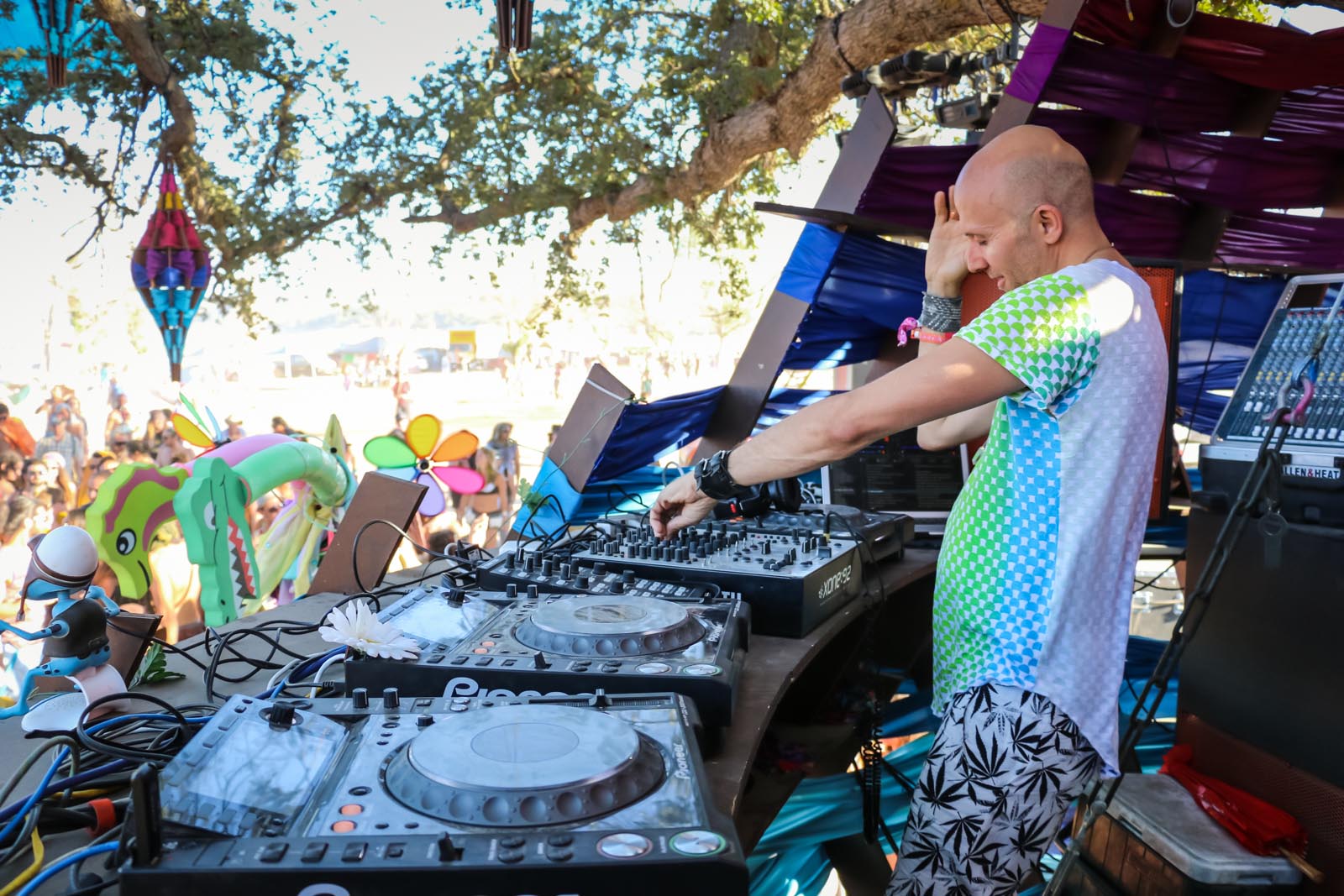 The Woogie Stage in 2014. Photo by Art Gimbel

If I may, for a moment, venture into the category of "Things Many Know But Few People Talk About," The Do LaB is a tight-knit bunch. Other words you could use to describe it are preferential, insular, or cautious. Consider the Board for the Do Art Foundation, for example, which is 60% Flemming. Though there are disadvantages to such an internal culture, it seems to work for them. In keeping a small, year-round staff (alongside dedicated volunteers), the company and its PR agency are able to expertly manage the brand. When ballooning during production cycles, the crew is able to maintain a nimble, dynamic and competitive marketplace through which talent and dedication can shine.

It is a strategy that allows the producers to take bigger risks, save some surprises, and go after bigger fish while operating in bigger financial pools and connecting major puzzle pieces in the meta-narrative around the transformational scene.

On to the magic of LIB – because of its crowd size, the fest is one of those rare chances for a huge swath of family to gather and feel included without the ticket scarcity in events like Burning Man. Interactive, environmental stages and art are one particularly potent portal to experience making performance art out of your everyday life. This is a core tenant of counter-culture: the sheer act of creating something outside of the norm, to challenge yours and others' beliefs about how the world is or should be. The Do LaB connects world-class thinkers, creators and performers on (and off) the schedule whose main purpose is to take festival-goers on a journey towards something different. 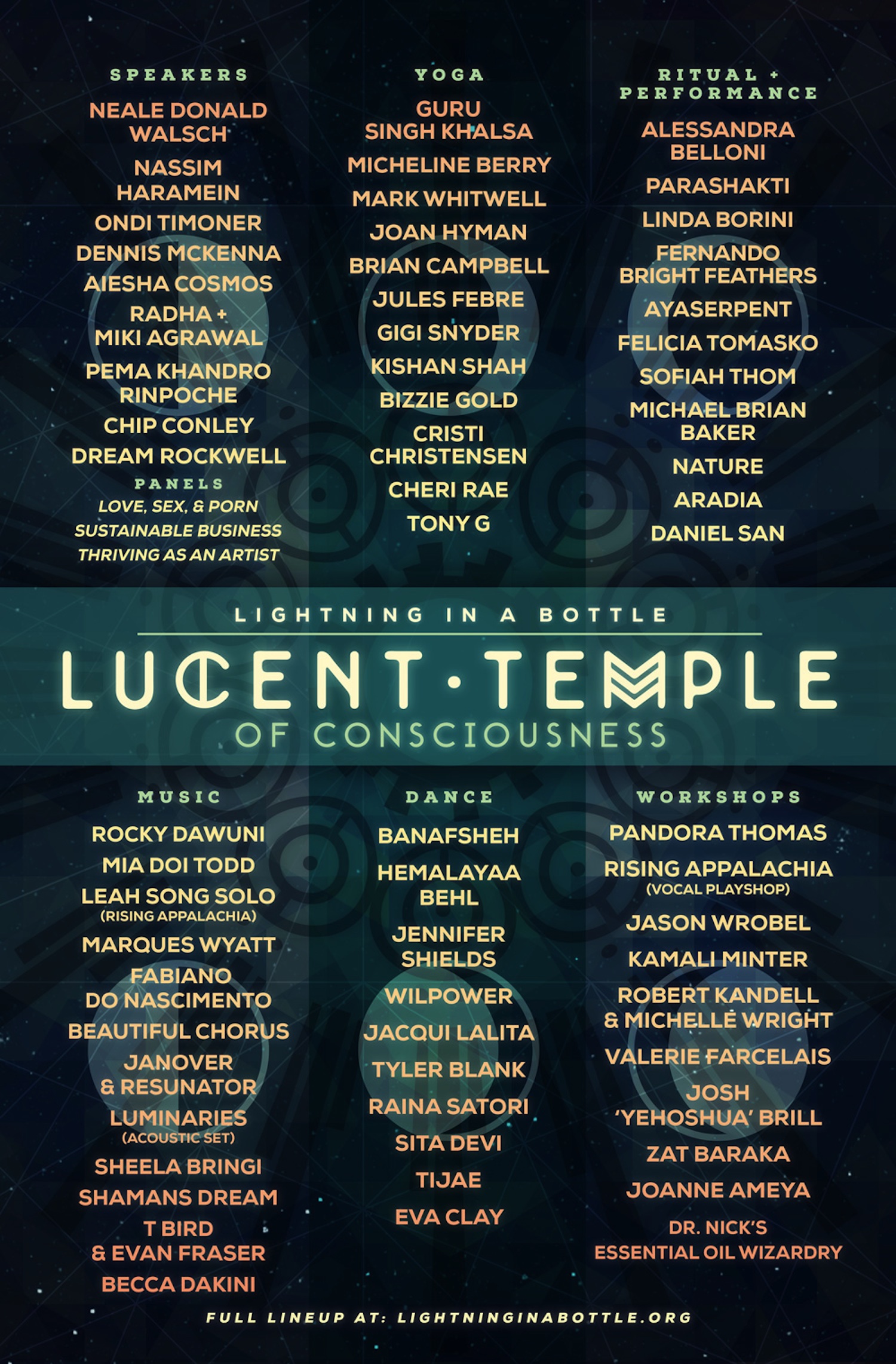 The Lucent Temple of Consciousness 2015 lineup

From the Lucent Temple of Consciousness to The Village, which are expanding to offer more ancestral knowledge, food and cooking to the yoga and tea spaces, the thing that keeps Lightning In a Bottle fresh is a wide variety of skill sets, experience levels and belief systems infused into the programming. For those who like to dance all night, there’s The Woogie Stage, also known as the House of House, the Godfather of Funk, the Holy Grail of Four on the Floor… and home to the weekend’s biggest gathering of attendees.

And there’s Amori’s Casino & Burlesque , where you can’t help but cry out, “If this is wrong, I don’t want to be right.” It's where the condoms are free, love reigns supreme and the women are smarter than your bad pick-up lines (they’re fundraising right now on Indiegogo). Attendees can also expect bigger things from LIB crafter extraordinaire, Shrine. His co-creators are keeping their lips sealed about his plans, but I’m told it will be epic. The installation artist is famous for his use of repurposed materials to create space that surprises and delights, transforming trash into treasure.

Make a point to wander over to whatever the hell the tricksters and troublemakers are getting up to at The Grand Artique, Frontierville, The Jive Joint , and any of Imagine Nation’s whimsical offerings. Do not miss your chance to groove to cutting-edge performances from the likes of Flume, SBTRKT, Odesza, Tycho, RL Grime, and way more.

Can They Do It Again? 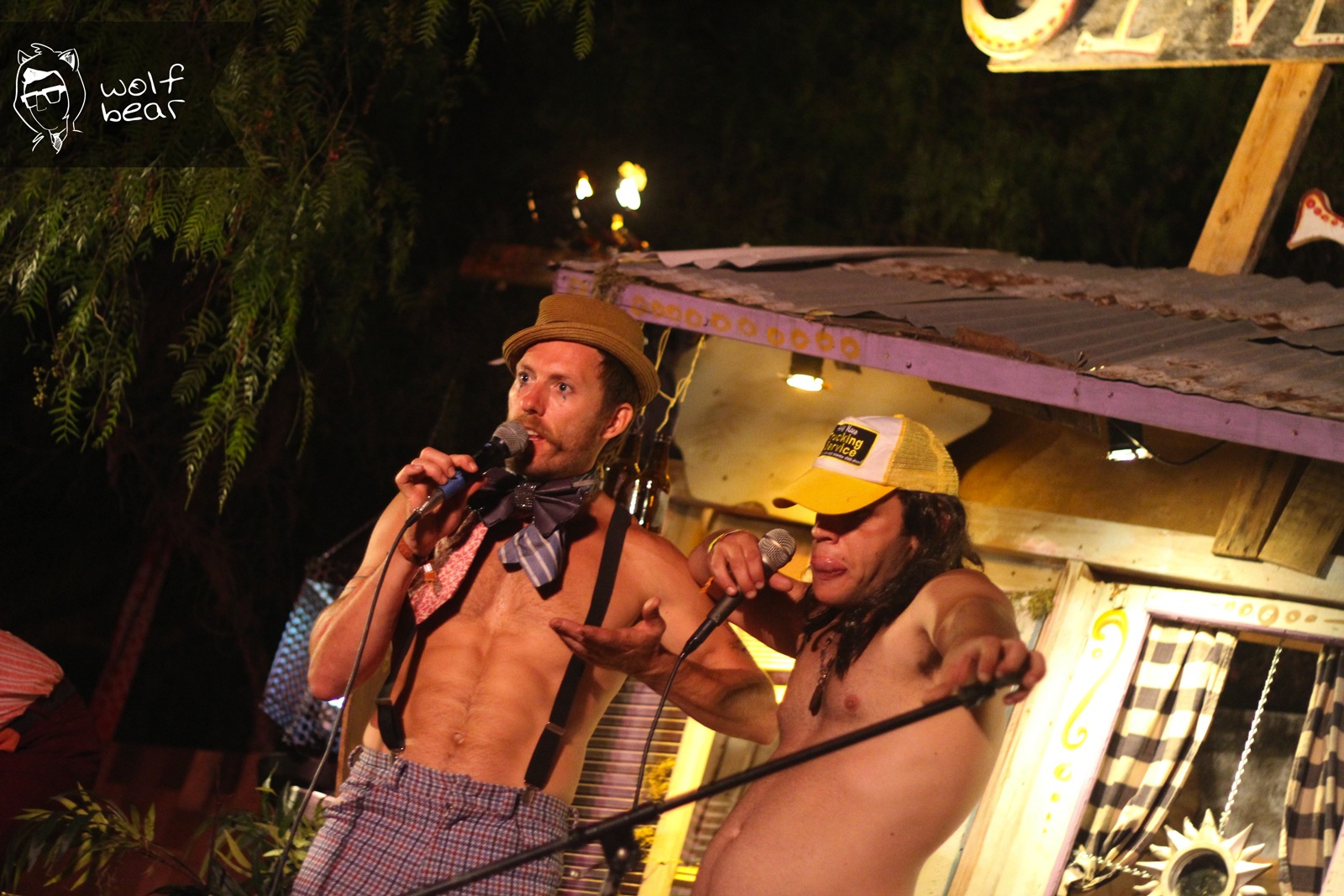 Lightning In a Bottle 2015 finds The Do LaB staring in the mirror, feeling the pulse of everything its crew has built up to this point. Its finally settling into a venue. It had its biggest year yet at Coachella. There's another strong line-up set to perform. Seems like the perfect storm, no? Will it succeed in educating and inspiring a huge swath of new fest-going folks to wake up and try something different in their lives? Come May 21, we'll know for sure.

So, as you prepare for that very special date, I offer a toast to Lightning In a Bottle 2015:

A toast to your wild side, strange and unfettered by expectation or necessity. May you nurture your inner animal and your outer human.

A toast to your dichotomy, a daily contradiction filled with meditation and debauchery. To a nightly insurrection of synchronicity and magic!

May your mindset be malleable, your dance moves infallible. To jokes that are laughable, to looking your most and least photographable!

I wish you safe journeys as you try on new ideas, new clothes, and new identities. Though Transformation is quite a tall order, may you be transformed just by having made the effort, even in the smallest of ways. Woogie down.