Imagine taking nearly every single person in the state of California and putting them in a space equivalent to one-sixth the size of San Francisco. That’s what happens on the most auspicious bathing day (this year it was February 10) when more than 30 million people cram into around 5,000 acres. Nowhere else on the planet does an entire population long for liberation with such intensity and in such claustrophobic conditions. 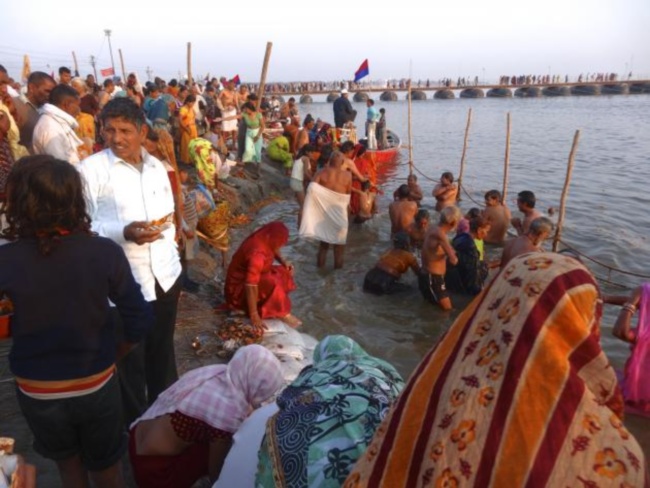 While bathing is usually quite a personal experience, at Kumbh Mela it’s a social experience

Part of the excitement comes from the Hindu belief that on this unique day when the stars and planets have aligned that one can not only wash away this lifetime’s sins, but you can do so for 88 previous generations as well. In an earlier blog, I outlined why this particular day holds such significance to the Hindu religion. It is at the confluence of two sacred rivers, a place that forms a triangular curvature known as the Sangam, that these pilgrims all bathe together. While there are eight most auspicious bathing days, it is Mauni Amavasya Snan, the Main Bathing Day, that attracts the greatest number of people, although people bathe throughout the 55-day festival as the rivers are the primary means of cleaning oneself. 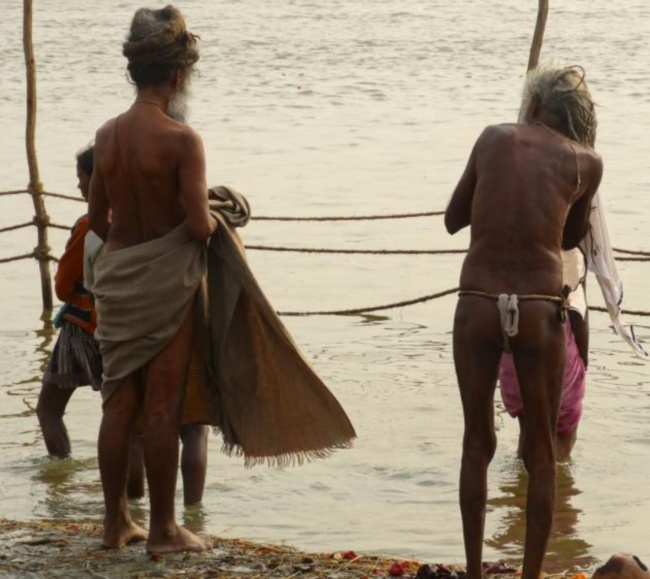 There are certain times of the day – mid-afternoon, for example – when the river is a little quieter for a bath but in the morning and late day, it’s packed

This mass bathing is the hallmark Kumbh Mela experience and, at least this year, it started at 4 in the morning with the Naga sect of “crazy naked men” being the first ones to prance into the water. “Prance” is too delicate of a word as at that early time of the morning, it’s a complete zoo of people so the Nagas knock people down as they rush for aqua glory. 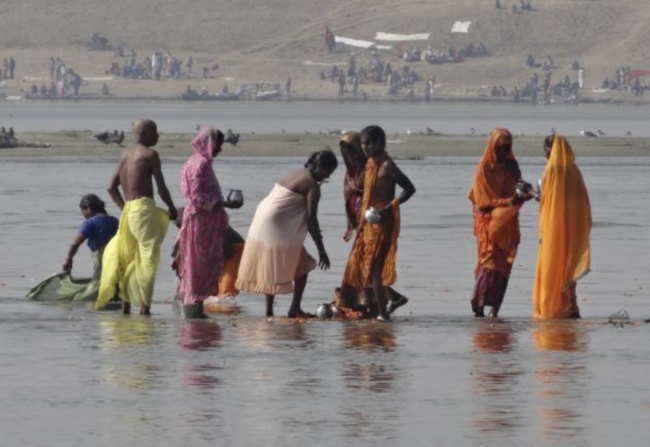 For me, I put my feet in the slightly rancid Ganges early that morning but didn’t go any higher than that as I had a serious thigh wound that was requiring that I take the antiobiotic, Cipro. (I didn’t want my quest for immortality that morning to lead to my own mortality.) 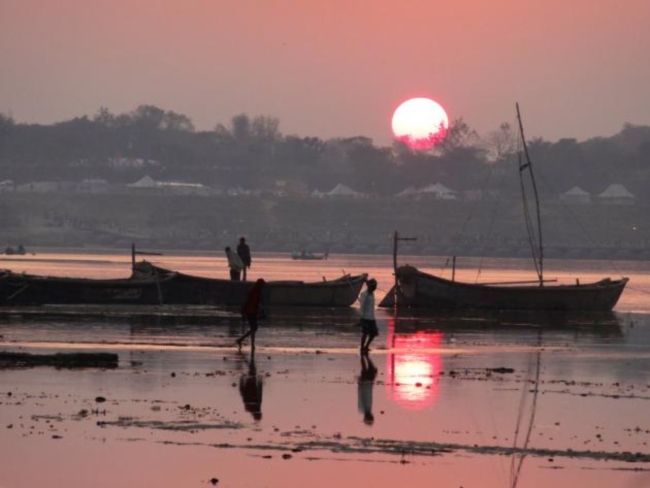 My traveling compatriots Nitin and Acharya Sri chose to miss the early morning festivities, as many people do because it really is nuts. So, if you’re going to make the trek to the river at this peak time, my number one recommendation is to just keep awareness about where you are exactly as it’s easy to get swept up in the crowd and get lost. You don’t have to worry about the rush of the river as it’s relatively slow-moving and, in the most popular bathing spots, there’s protective netting that gives a boundary to the bathing area. 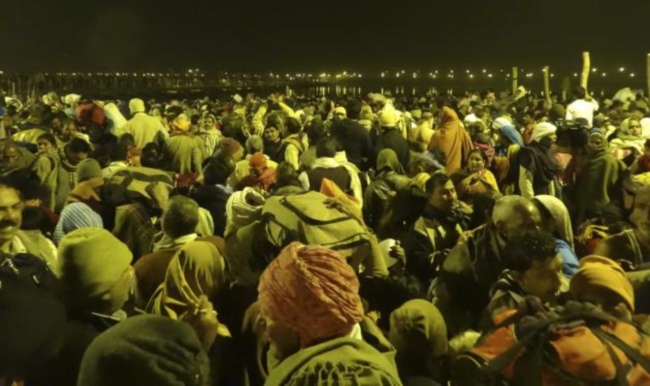 The whole experience of hundreds of thousands of people of all ages, classes, and sizes getting nearly naked together all at once within a stone’s throw of each other, some swooning in joy, some full of fear given the crowds, is something I’ll remember the rest of my life. I only wish I’d brought a little more deodorant. 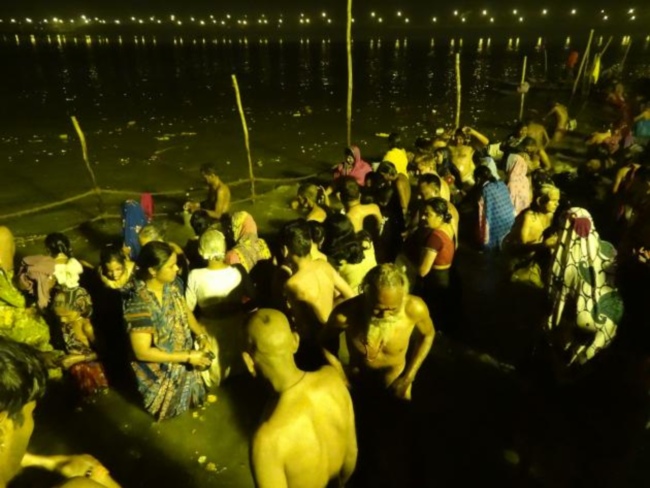 5 am on the main bathing day 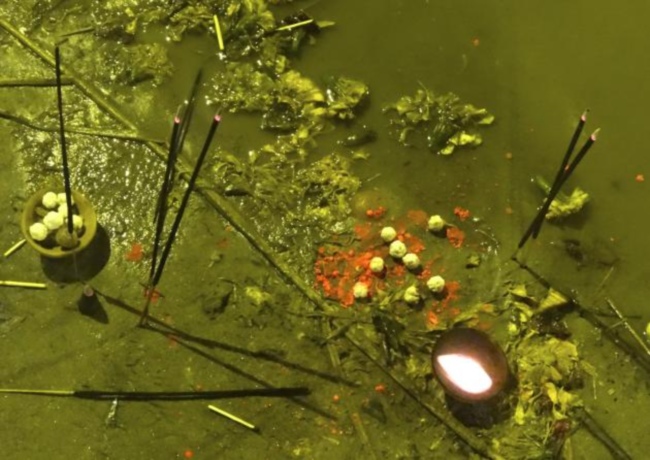 On the main bathing day, people light a fire to the gods, burn incense and offer a little candy as they join the river