The Faces of Kumbh Mela 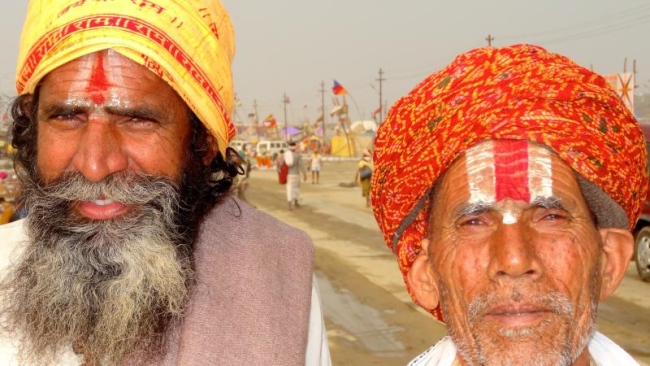 Mark Twain braved the long travel – and the fact that there was a major cholera outbreak in the prior Kumba Mela – writing this, based upon his experience at the 1895 festival: “It is wonderful, the power of a faith like that, that can make multitudes upon multitudes of the old and weak and the young and frail enter without hesitation or complaint upon such incredible journeys and endure the resultant miseries without repining. It is done in love, or it is done in fear; I do not know which it is. No matter what the impulse is, the act born of it is beyond imagination, marvelous to our kind of people, the cold whites.”

The photos almost speak for themselves… 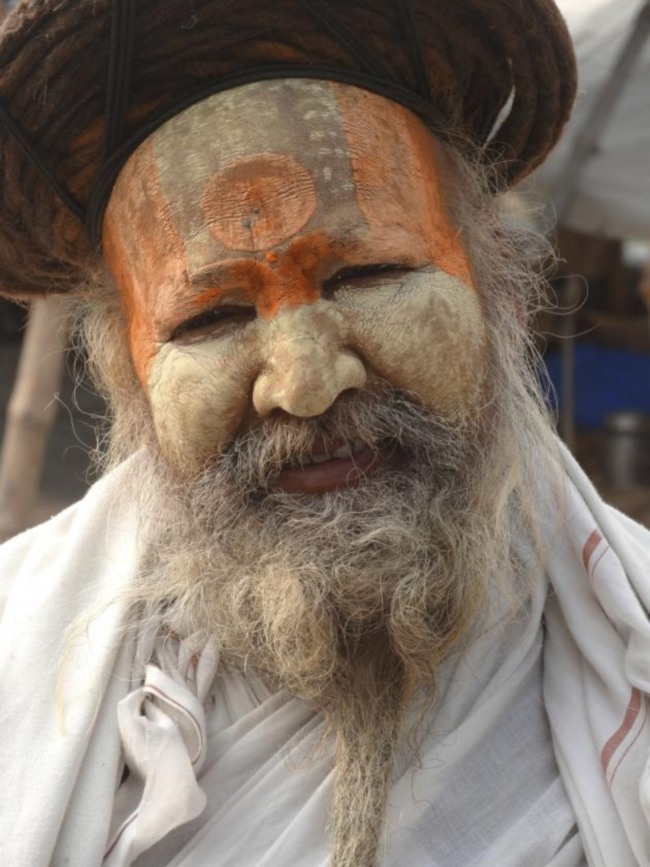 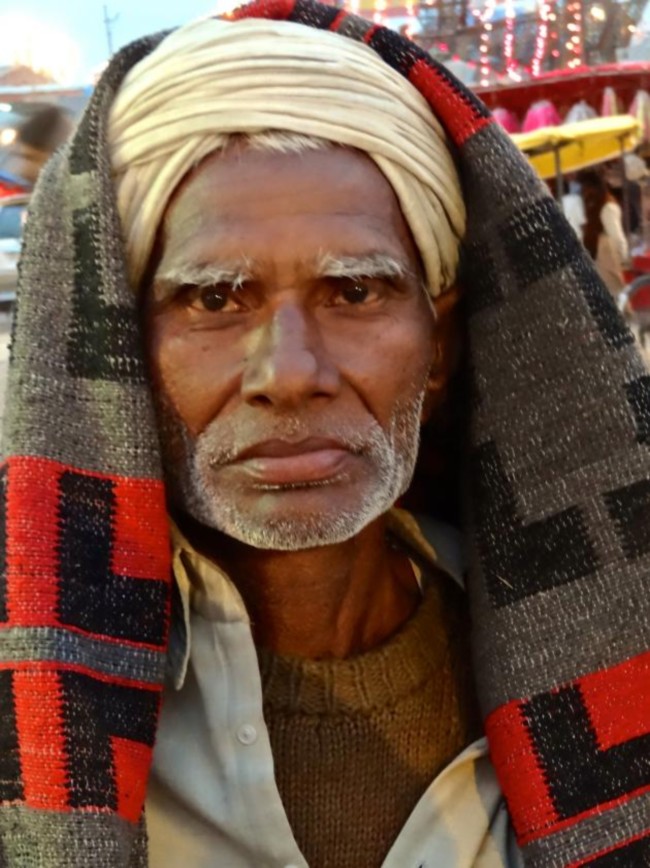 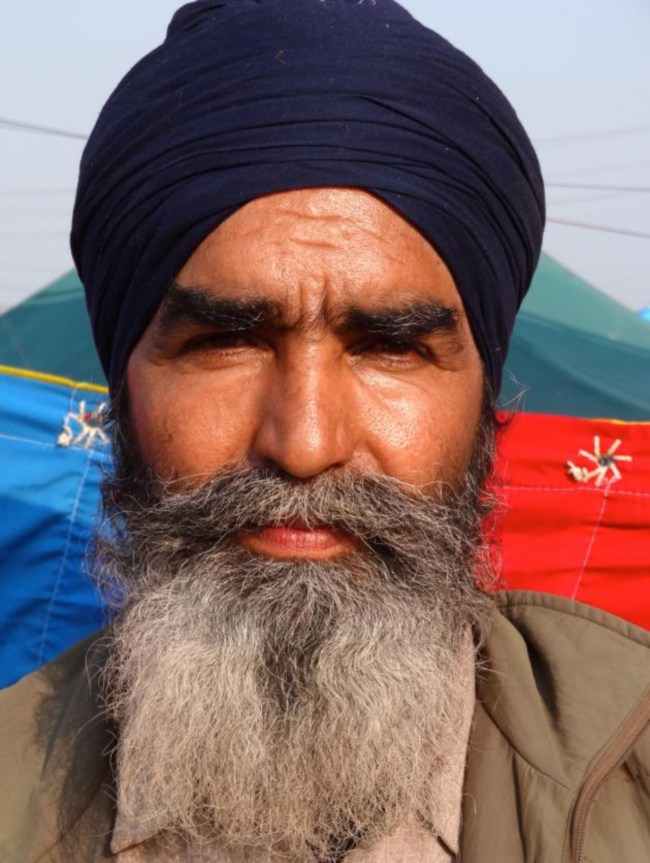 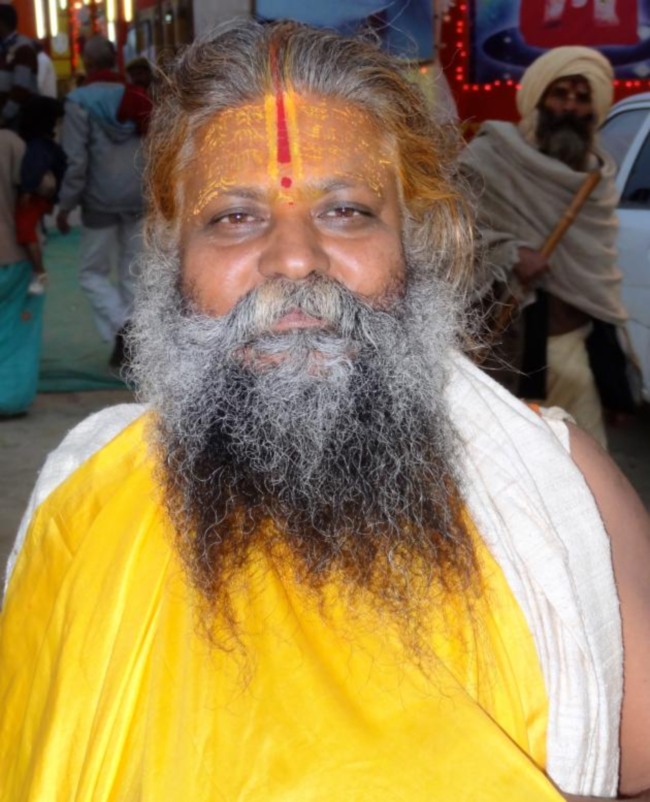 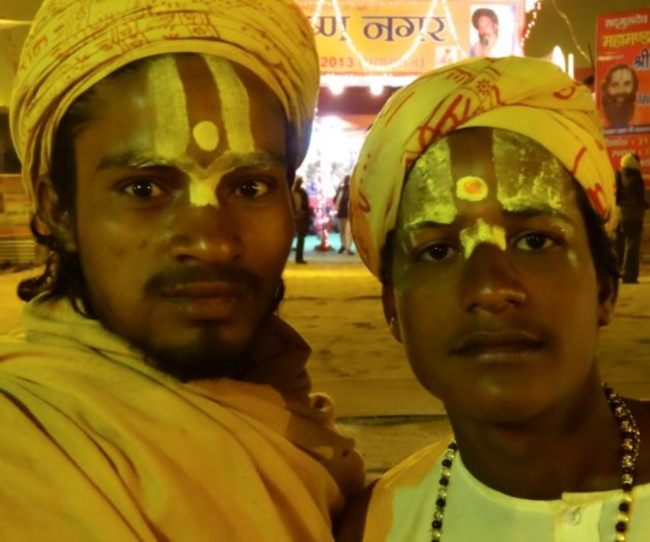 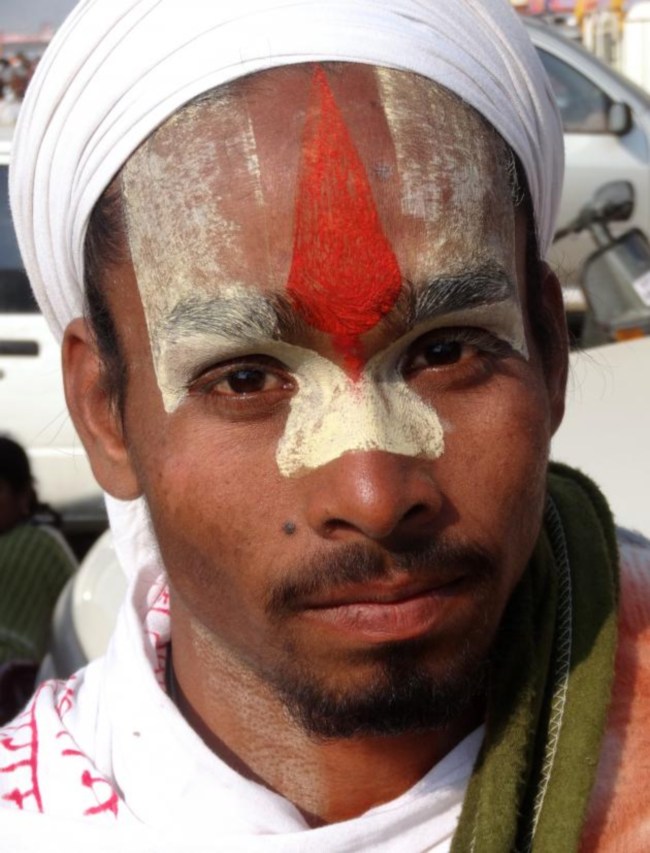 This sadhu was very curious about America 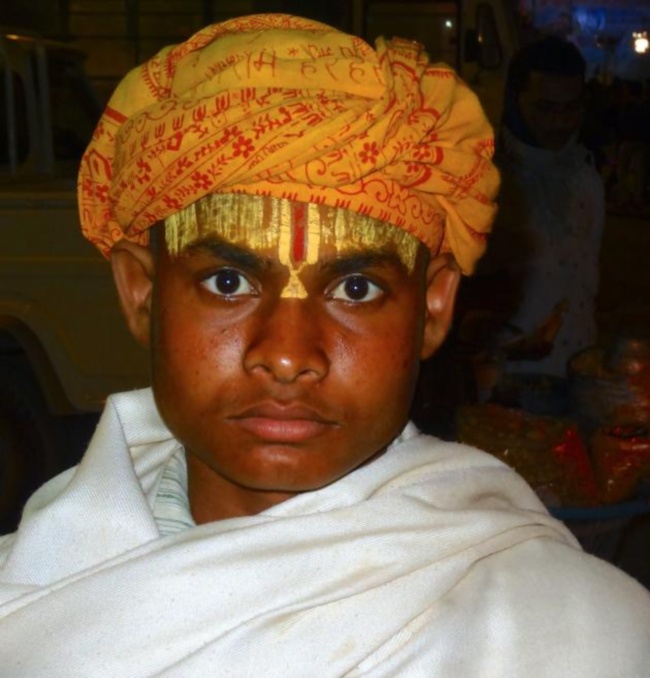 So many looks within this montage of Indian culture 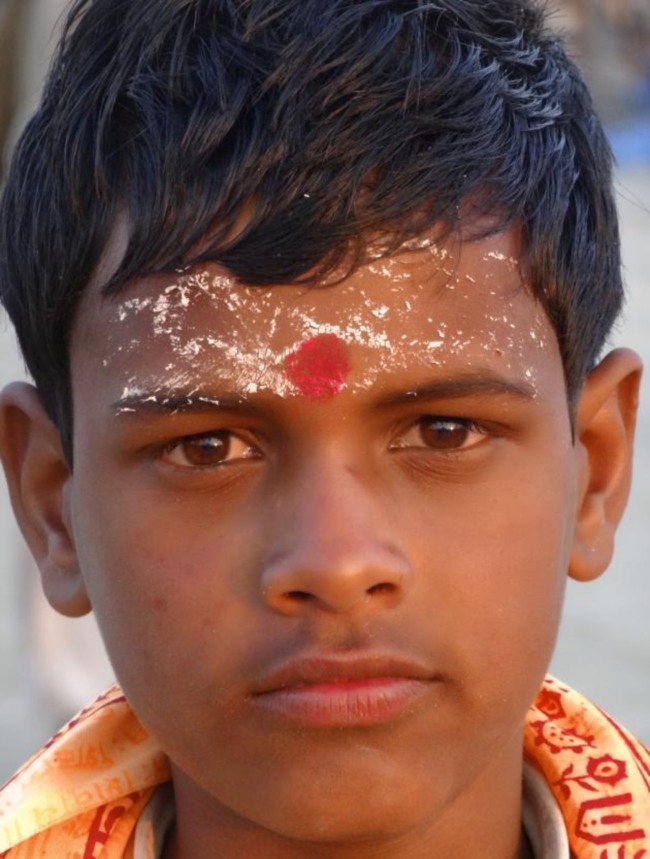 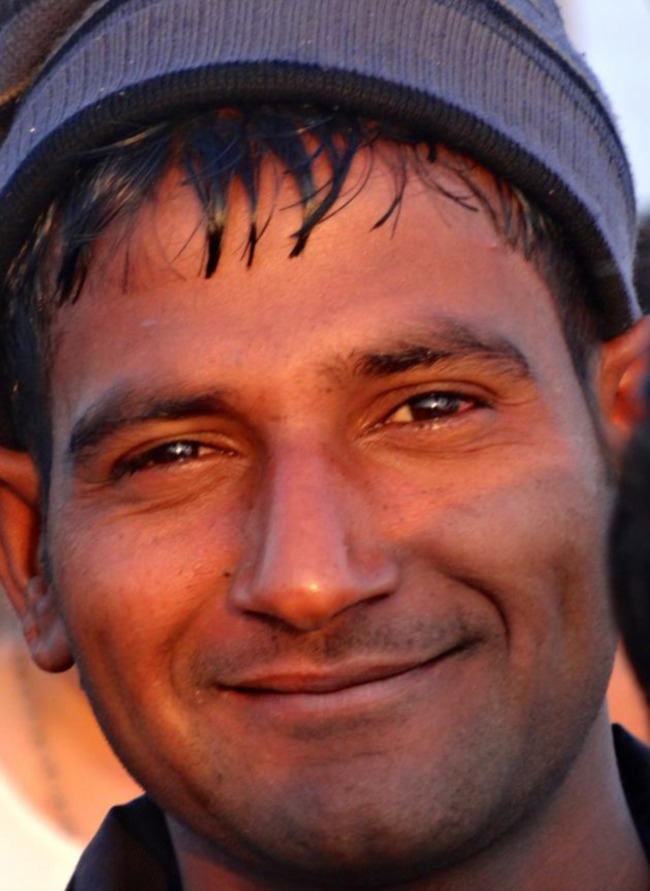 This fellow has a future in Bollywood if he wants one 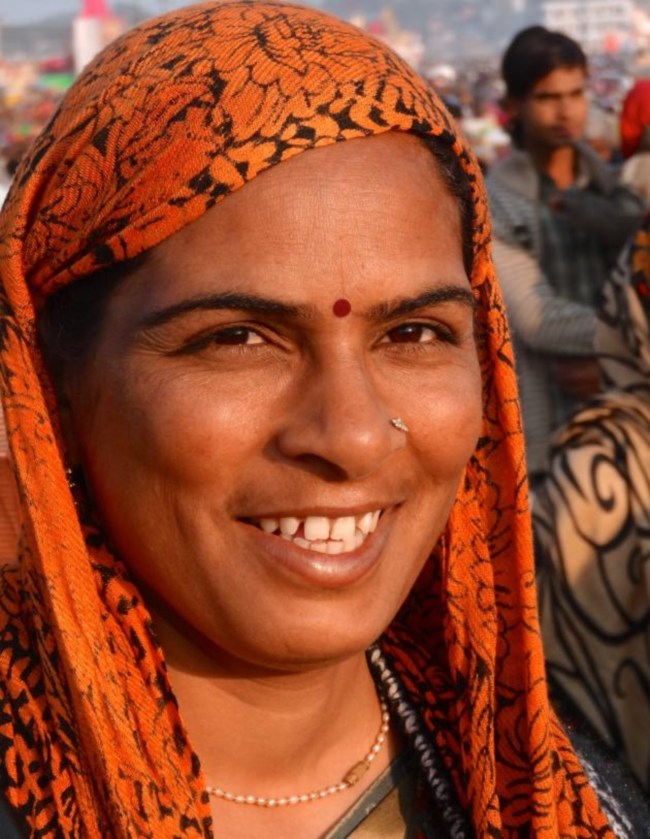 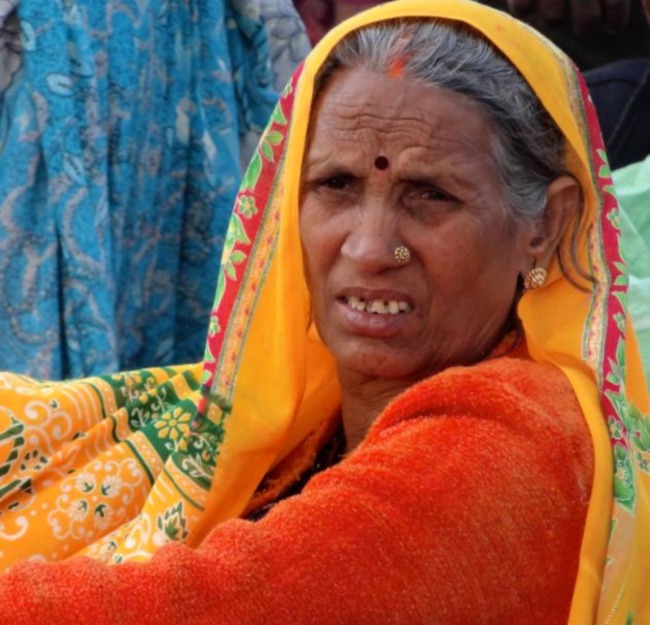 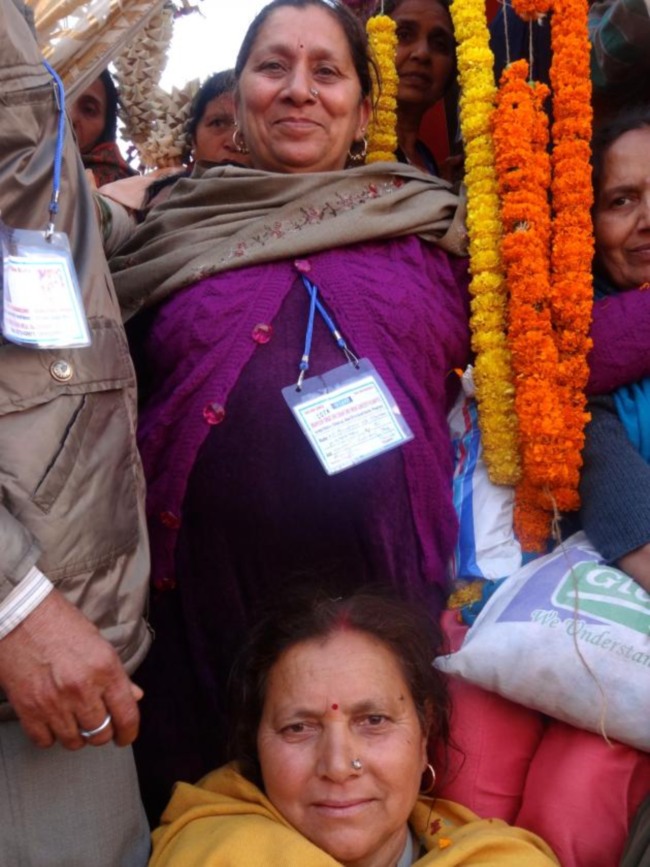 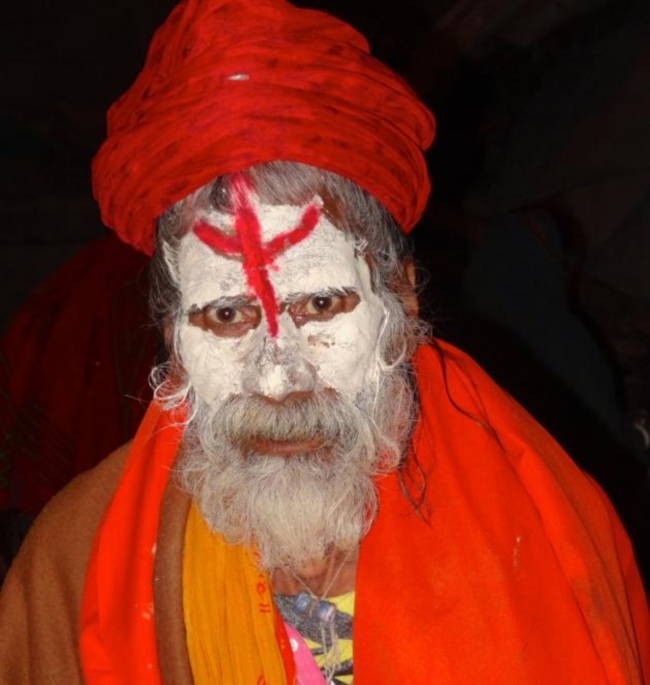 The sadhus can be strikingly garish with their cosmetics and colors; met this guy in Varanasi who was on his way to the Mela 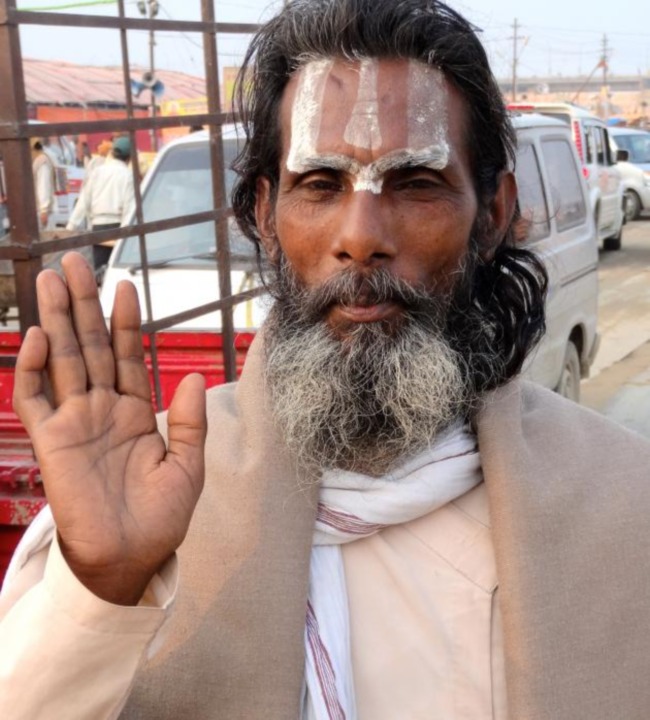 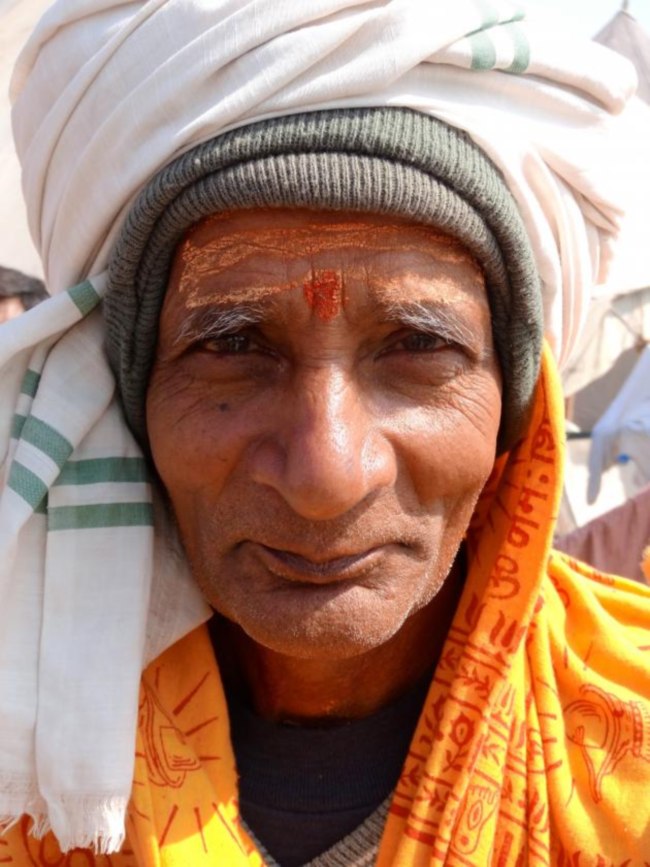 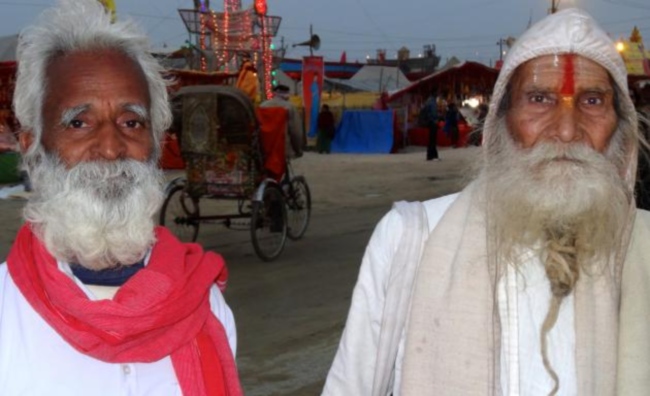 Friends meet who haven’t seen each other in years; these two were walking down the street hand-in-hand 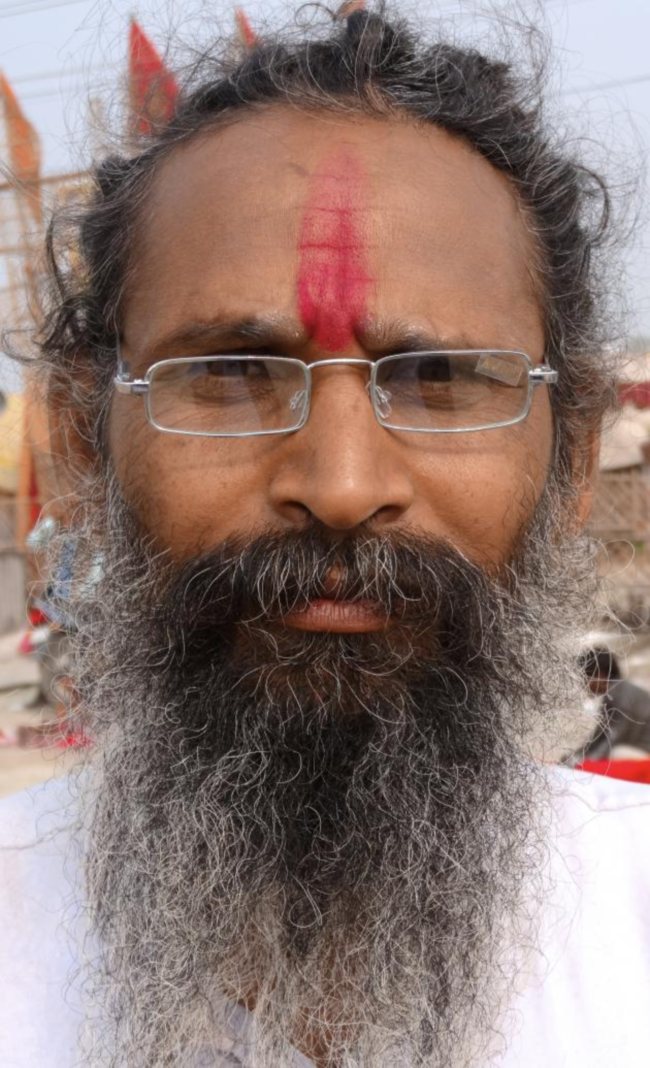 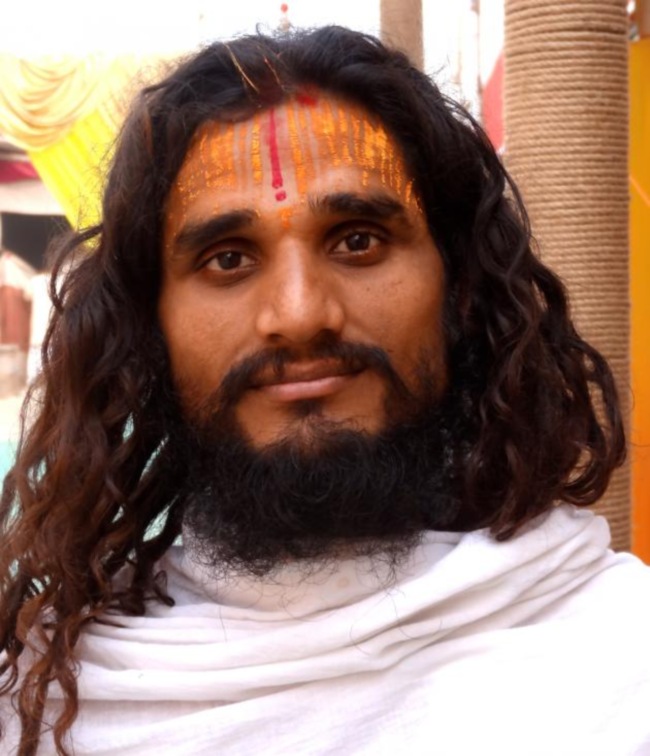