The Freshest European Festivals to Get on Your Agenda in 2017

Every year more and more festivals appear in Europe, as the market continues to expand. Typically, many of these events are initiated by people who are already running parties or festivals elsewhere. They invest their expertise in new challenges, widening their scope to build larger communities and increase the awareness of their brand, too.

Here are the fresh new fests we're looking forward to most in 2017.

Another festival from the team behind EXIT Festival, Sea Star follows on from Sea Dance, which launched in Montenegro in 2014. Sea Star will be held in Umag, on the northern Adriatic Coast, in a lovely resort called Stella Maris. Headliners The Prodigy have ensured that the festival has sold tickets in record time, and there are lots more lineup announcements still to come. With the EXIT team behind it, Sea Star is bound to be a special event in the beautiful coastal town of Umag, which will provide the perfect location for a sun-filled adventure.

One of the UK’s most picturesque cities will host its first annual City Roots event this year. Organized by the crew behind the city’s yearly folk festivals, it will join the dots between folk and roots music, giving festival-goers the chance to immerse themselves in the world of music. Spread across multiple venues, including a the Corn Exchange and Cambridge Junction, City Roots features acts like Mary Chapin Carpenter, Mad Dog McCrea and Janet Devlin. Having Cambridge as a home makes this even more of an enticing prospect; the university is one of the world’s oldest and the buildings and grounds that house it are the epitome of old English architecture.

A new addition to the world’s festival arena, Houghton is curated by one of the world’s most respected and admired DJs, Craig Richards. Richards has been a resident at fabric – the legendary London club that was almost shut down for good last year – since it opened. He has a deep-seated love for music, and is a raconteur of the DJ world, if you will. With Craig at the helm, an invite list comprised of his talented friends, and Gottwood’s skilled team on production duties, this has a killer lineup and all the promise of a historic event.

Only three years old but already making a mark on the global festival world is AVA Festival . Combining a conference, tech area and a music festival focused on techno (with a touch of house) it’s the pride of Belfast – a city that knows how to party with the best of them. Its warehouse location is the birthplace of the Titanic (yes, the ship), so there’s history intertwined with the fest's sounds of the future. With acts like Bicep, Midland, Jeff Mills & Guillaume Marmin, Marcel Dettmann and Job Jobse – plus an additional day this year (it used to run for one day) – AVA is fast becoming a powerhouse festival.

A brand new addition to London’s festival roster, Junction 2 launched last year and was an instant hit. With some of the capital’s most experienced promoters at the helm, a new part of the city was commandeered and successfully hosted a one-day spectacular. The location, a hybrid of countryside and industrial, was perfect for the event, while DJs such as Dense & Pika, Mr G, Nina Kraviz and Adam Beyer made sure it went off with an almighty bang. This year it returns for more of the same and partners up with Sonus Festival, who will host a stage of its own.

One of the biggest house music labels on the planet left a very successful venture in Ibiza to focus on this festival, which takes place in the picturesque fishing village of Tisno (like Love International ). Over five days and nights, it imports a smorgasboard of selectors from all over the world to deliver prime cuts of house music. It’s undoubtedly one of the best house music festivals in Europe, if not the world – and 2017 is only its second year.

Another festival that has a well-known team pulling the strings, this time it’s the squad that runs Belgium’s Extrema Outdoor festival and Labyrinth club. Again, Croatia is the home for this new event, cementing the country as perhaps the world’s busiest festival hub and certainly the fastest growing festival location, with a few new additions appearing on its roster every year. Labyrinth Open will be mostly DJ-based, but also includes a conference with seminars and workshops. Its location, Omiš, is mindblowing thanks to the Adriatic Sea, mountainous terrain and an incredible canyon a short drive from the festival site. 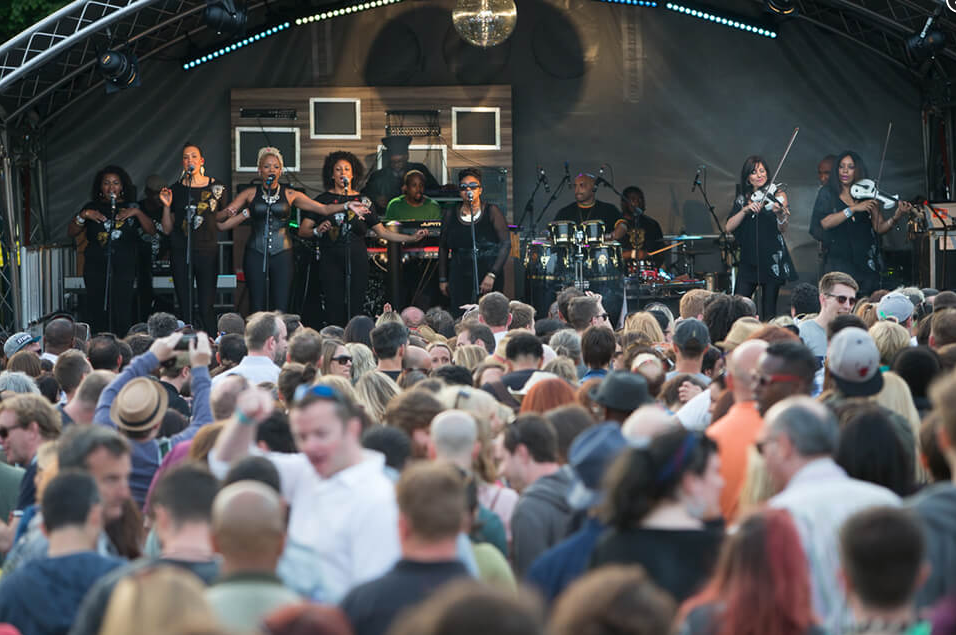 Photo by: Funk The Format

This is a new one-day event in one of the south coast’s most liberal towns, Brighton. Hove has become a hotbed for liberal and left-wing minded people over the last few decades, with Brighton itself always more of a "hippie" oriented town. With that in mind, it’s the perfect spot for a festival, and funk will be the soundtrack to this particular shindig. Alice Russell, Norman Jay MBE, Rodney P & Skitz, Mr Bongo Soundsystem and many more are on the bill, giving Brighton & Hove a day to remember. There are still more names to be announced, so hold on to your hats.

South London’s new hipster hub received its first multi-venue festival last summer and it returns this year with a mouthwatering lineup featuring some of the most respected names in underground and experimental electronica. Peckham has some superb venues, including the mighty Bussey Building, and it’s a hub for students and young professionals, so Peckham Rye Festival ’s second year is sure to be a great one. There’ll be a large contingent of London party people who can’t wait to see acts like Kode9, Martyn, Mike Hukaby, Patrice Scott and Space Dimension Controller performing down in Peckham.

Tisno in Croatia is already home to Electric Elephant, Love International and Defected Croatia, and now Scotland’s Eden Festival will set up its own venture there called The Lost Disco . The reason why so many festivals choose Tisno as the home for their events is because of its wonderful environment right on the sea. It's quaint and absolutely stunning. The weather is impeccable all summer, which means lots of partying in your swimwear, hot, tanned bodies everywhere and the feeling that you can have endless fun, day and night. The Lost Disco has yet to reveal its biggest acts but just the idea of Maribou State playing a DJ set in Tisno should be enough to convince you.

And what about next year?... 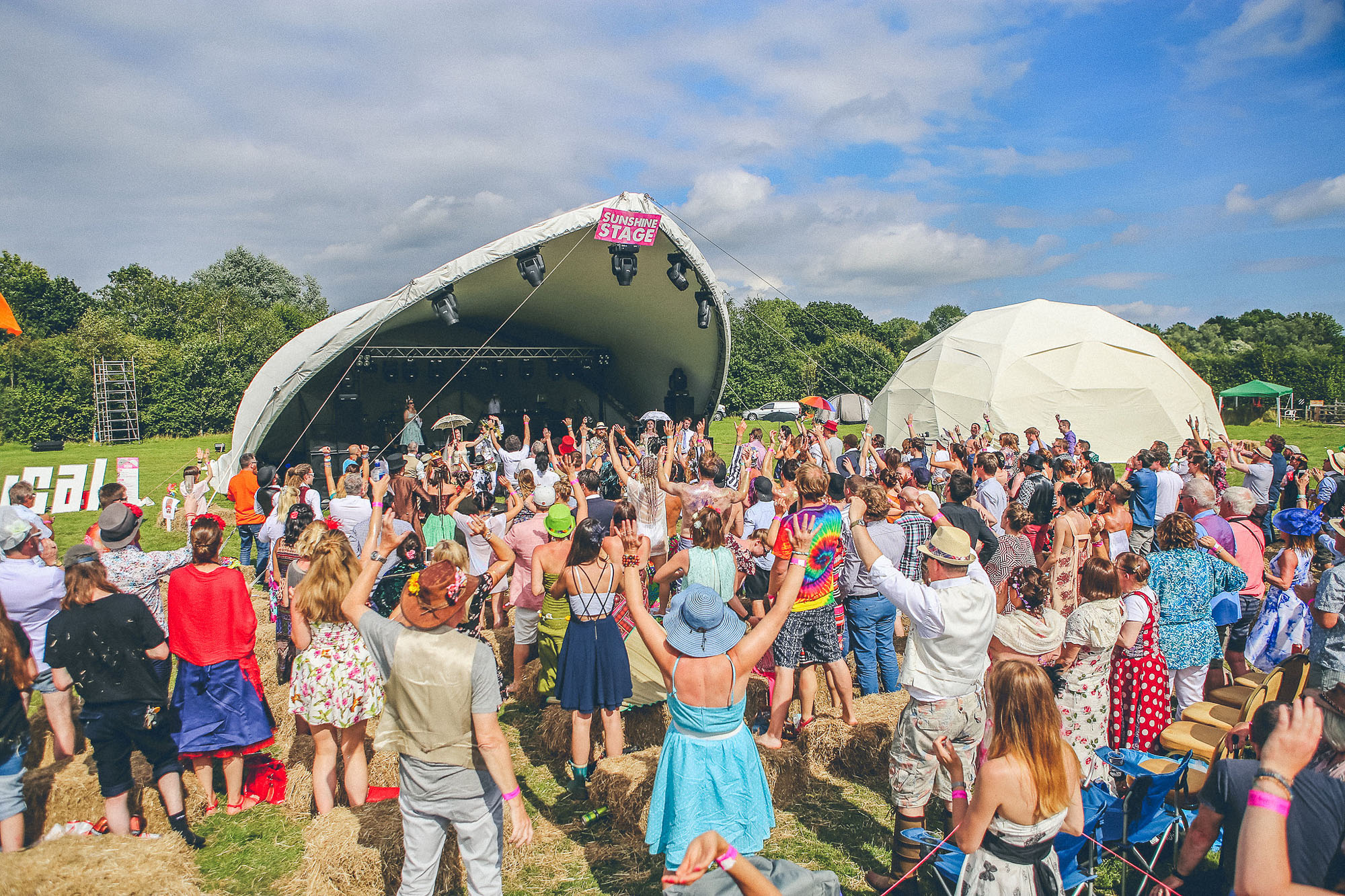 Some festivals start almost by accident, and Magical is one of those. Last year two couples had a joint wedding, which inspired them to produce a mini festival for friends and family – they were so successful in creating a magical environment for their loved ones, that they decided to do a proper festival, injecting it with the same love, care and attention as the first, more personal venture. Magical is due to launch in 2018 and is bound to be a transformative event for everyone who attends, with a team of inspiring individuals working day and night to ensure that it will be everything you can imagine and more.