The Main Stage at the Pingxi Sky lantern Festival 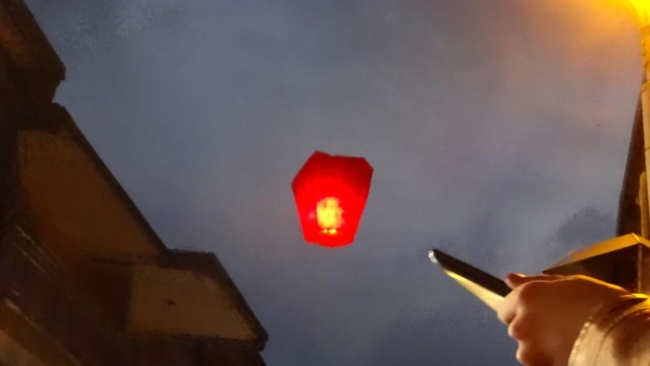 If you’re logical, you might not make the trek to the Pingxi Sky Lantern Festival. Depending upon where you live, this is a long way to go for just a few hours of visual splendor in the sky. There are activities for days before the main attraction, but the fact is that the highlight lasts no more than about 3 hours from dusk till mid-evening. As I mentioned in the last post, I’d recommend coming up on a cheap, one-hour shuttle from Taipei in the mid-afternoon to get a feel for the town, visit the Coal Mining Museum, and have the space to buy a Lantern so that you can write your dreams and aspirations without being pushed around by the crowds.

After visiting Pingxi’s Old Street, I walked along the train tracks and vendor stands toward the Main Stage. Expect a slow pace given the size of the crowds, but that allows you to view the various vendors, most of them food vendors – including the weirdest one (ice cream shaped in anatomically-correct ways) that were usually the most popular. 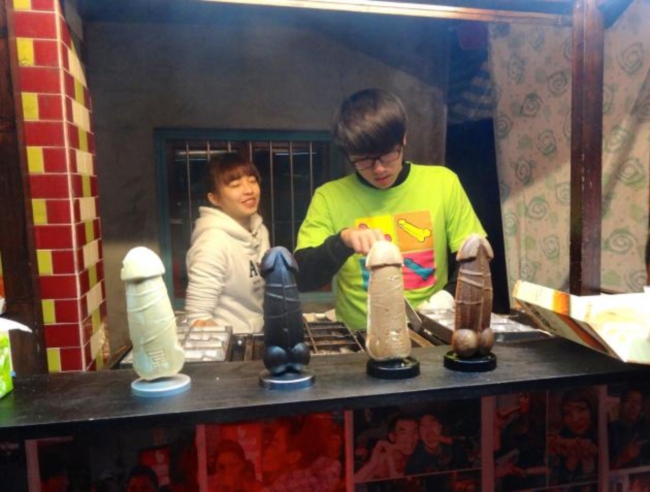 The most popular food stand at the Festival

Alternatively, if you want to try and get the best location to observe the mass unleashing of sky lanterns all at the same time, then head over to the Main Stage early (before 6) and plan on standing there for the next couple of hours as the sky lights up above you. 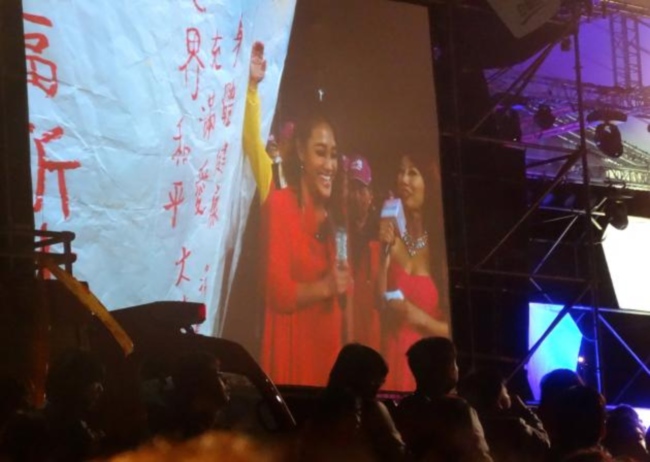 Taiwanese celebrities write their hopes and dreams (the most common: “world peace”) on lanterns while being captured on the big screen

Upon arriving at the Main Stage, I noticed – relative to what I’d experienced in the downhome feel of the Old Street, there was a major production going on in this other part of Pingxi. Big screens, television cameras, celebrities, musicians, and enormous crowd control – ushering people in and out of the best viewing spots. I felt like I was back at the world’s largest festival, Kumbh Mela, in India where I’d been just a couple of weeks earlier. Initially, I just wanted to go back to the Old Street. But, then I got to experience what happens every 20 minutes: the massive launching of usually one big lantern and hundreds of smaller lanterns all at the same time. Check out the video below and I apologize for my amateurish approach to taking this footage (haven’t edited it yet).

Now, I understood why everyone wanted to be over in this area. It takes your breath away when the dark sky all of a sudden becomes crimson filled with people’s wishes skyrocketing to the heavens. And, given that it was an unusually balmy evening, it felt like the lanterns were creating a heat lamp effect for all of us below. The setting, with mountains on all sides and almost no modern light pollution given the remoteness from Taipei, just adds to the idyllic nature of the evening. 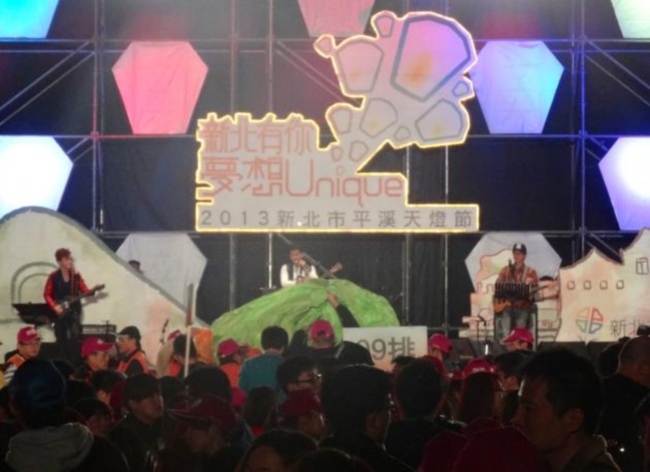 In between group sky lantern launches, the main stage is filled with well-known Taiwanese pop musicians

This festival is an amateur photographer’s dream (I’m barely amateur). It’s not just the visuals, but you get multiple opportunities to capture the scene since, on the Old Street, new individual lanterns are going up every couple of minutes and, at the Main Stage, there’s a few hundred lanterns all going up at once three times an hour between about 6:30 and 9:30 pm. But, beware that the shuttle buses going back to Taipei get completely overloaded between 8:30 and 10 so you might want to leave early or stick around for dinner and then take the bus after a meal in Pingxi. I’d also suggest you get in the shuttle line to the left which means you’re willing to stand on the bus ride home (as opposed to sitting) as that line will get you homeward twice as fast. 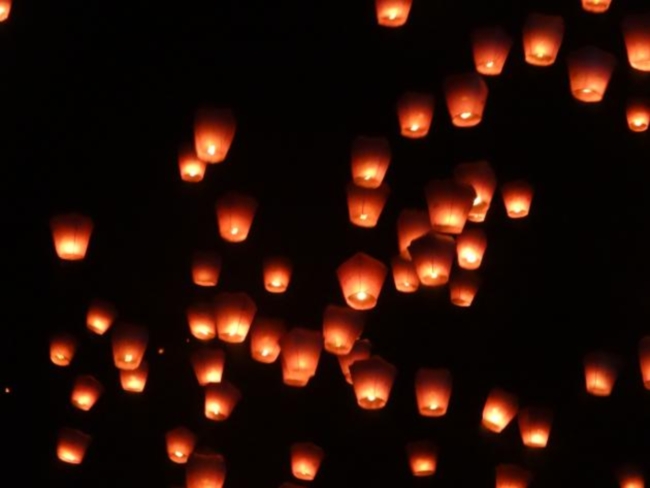 This is what we came for

I only stayed for three rounds of the massive lantern unleash into the sky but each one was quite different. Once a lantern ended up in a tree nearby and the tree caught fire. Another time the massive 50 foot tall lantern that the celebrities had signed never made it off the ground and caught on fire while on the ground. But, what was most common is revealed in this final video. Just when this aesthetic experience has most moved you, they turn on all the floodlights and symphonic music turns to cops with bullhorns trying to usher out all of those who’ve just sent their lanterns in the sky and usher in the next crop of folks. At this exact moment was when I was reminded I was in industrious and mechanical Taiwan.