The Meadows Music and Arts Festival Released Its 2017 Lineup

The Meadows Music and Arts Festival, run by the masterminds behind Governor's Ball , just released its 2017 lineup and its a who's-who of today's best musical talent.

You might remember that last year's inaugural Meadows billed Kanye West as a headliner, only to have him walk off stage in a panic after a few songs when he heard the news of wife Kim Kardashian's Parisian hostage situation. It was a jarring experience for everyone involved, but Meadows is back with another huge rap superstar to make up for it: Jay-Z. The New York-born MC has been on a tear lately, just recently announcing headlining slots at his own Made In America festival as well as Austin City Limits last week. Jay-Z will be joined by Gorillaz, Red Hot Chili Peppers, Future, Nas, Bassnectar, Weezer, Run The Jewels, M.I.A., LL Cool J, and many more huge names. 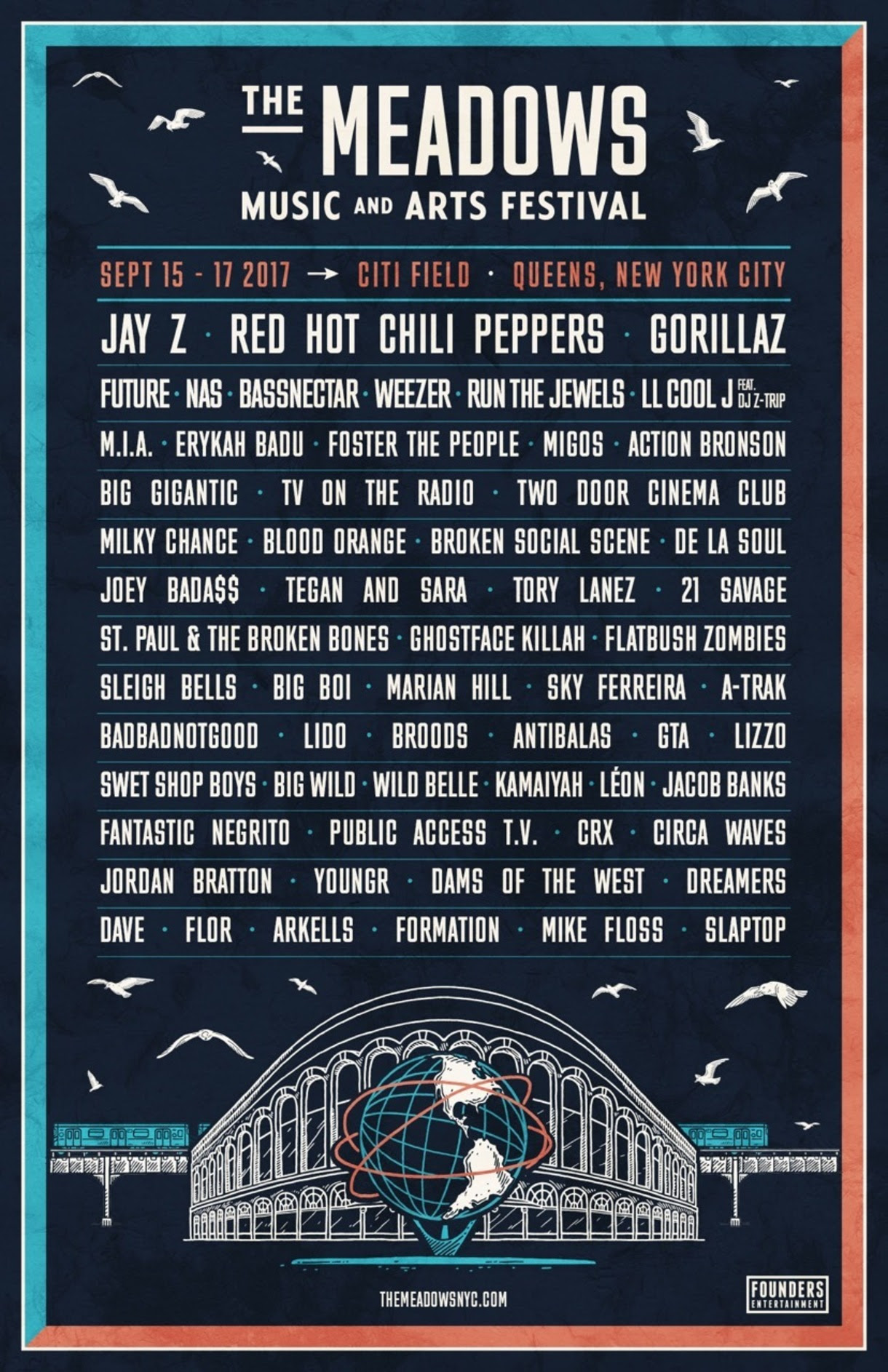 Photo by: The Meadows Music and Arts Festival

The festival, which takes place on the sprawling Citi Field in Queens, New York from September 15-17, 2017, will also expanding from two to three days of music, art, food and entertainment to celebrate its second year. Festival-goers can look forward to the best food vendors in NYC, craft cocktails, captivating street art, and the return of Feastival of Queens, a culinary adventure honoring the incredible ethnic cuisine that can be found in the most culturally diverse borough in the city (if not the world). Yum.

Tickets to The Meadows Music and Arts Festival go on sale May 10th at 12 pm EST. Grab them here.