Step Right Up! A Preview of The Midway at Burning Man 2015

Hurry, hurry, hurry out to the base of the Man, because this year, Burning Man celebrates its 2015 Carnival of Mirrors art theme with The Midway , a penny-arcade panoply of grifters, gaffs, and geeks who will magically transform the base of the Burning Man sculpture into a turn-of-the-century carnival midway of oddities and anatomical wonders. Regional Burner collectives from across the world will barnstorm Black Rock City with their various dime museums, carnival acts, and eighth wonders of the world to create a traveling sideshow scene where everyone’s a winner.

If you like what you see, plenty of these participatory carnival booths have crowdfunding projects still underway and it’s not too late to support them. Some of these projects are still under construction and artist’s renditions are shown below, others are fully developed and have been barking up a storm at previous Regional Burn events. Who’s bringing the Alagazam glam to the base of the Man? Step right up and find out! 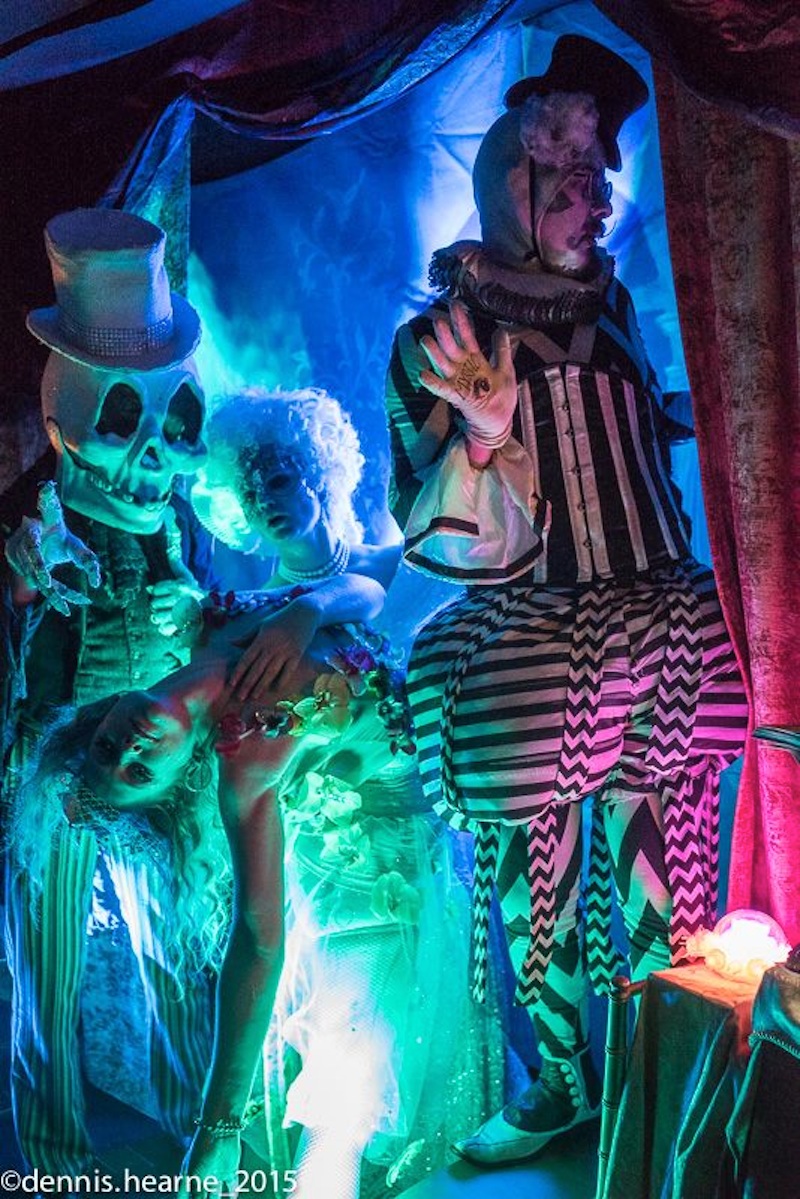 You’ll lose your head over the Mystical Midway, a surreal cosplay corral and social theater ensemble that takes you to the other side of the carnival mirror. Participants and players draw "storycards" and step into a “a world of strange beauty, gleeful menace, and alchemical transformation.”

“Guests who visit the Midway booth can expect a funhouse labyrinth filled with many bizarre characters as they wind their way to the climactic Tent of Marvels,” said Mystical Midway inventor and social innovator Barron Scott Levkoff. “Once inside the Tent of Marvels, guests will be rewarded with 'bespoke' performances sure to confront, delight, and bewilder sense-addled Burners.” 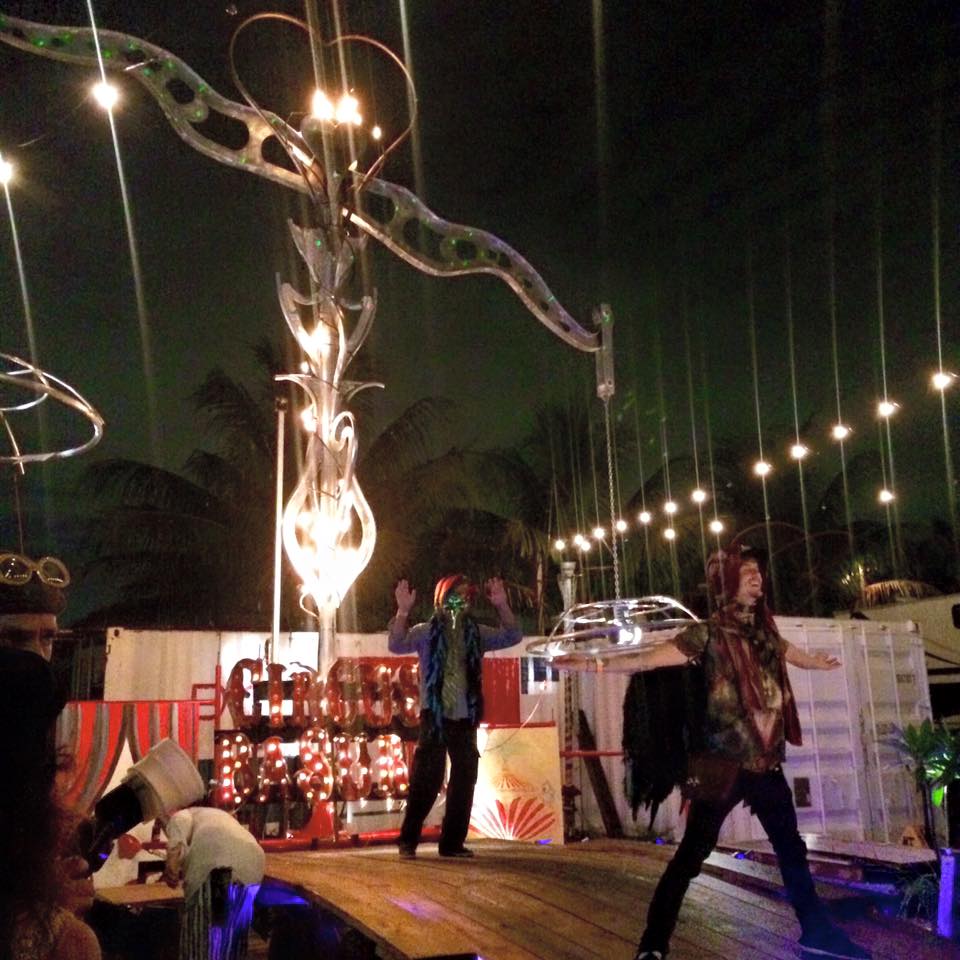 "Never before in the history of Burning Man has an attraction been so incredible, so stupendous, so truthful, so moral and so instructive!” Trash calmly explained.

“Millionaires and paupers alike are welcome! Love Wins! Except when it does not! Try your skills with The Love Tester! Driven over three thousand miles, beyond great mountains and nefarious swamps, just for you! Live pre-op thespians, sharing their scandalous love in public! Try your luck with the Amourous Women of Florida, known for their entrancing and beguiling ways with sailors and men of ill-repute!!"

Florida Burners may recognize these Amourous Women of Florida and will recognize the Love Tester from its recent exploits at Circus Basura. 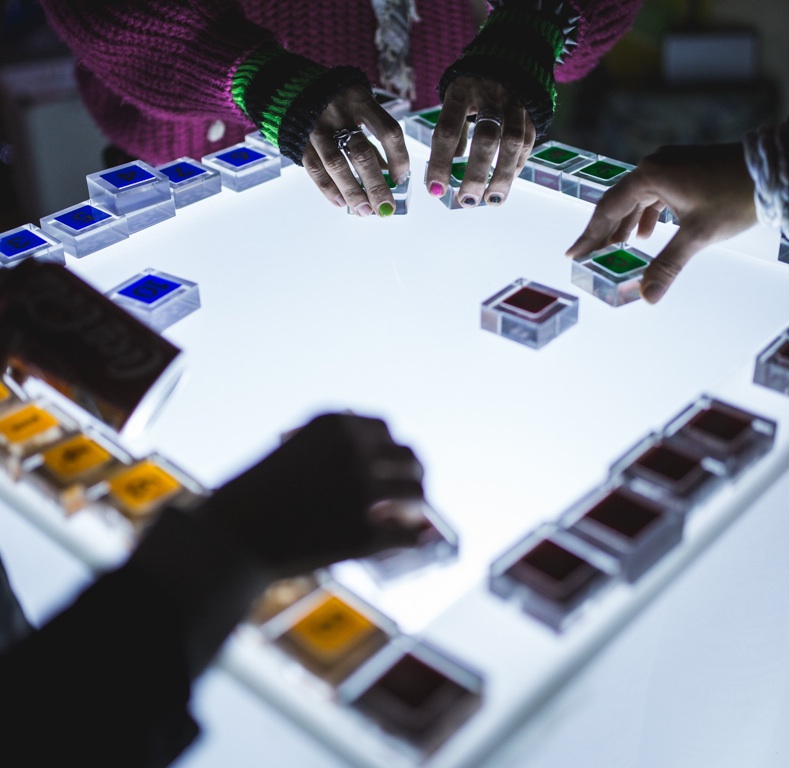 Interactive sound art is so 2012. Baltic Altar modernizes (and Mediterraneanizes) the interactive sound installation concept with an atmospheric, colorful LED environment where participants alter the sounds and beats using toy chips on an illuminated board.

“This is the first time in the history of Burning Man when people from Latvia, Lithuania and Estonia are united in making a single project. All three Baltic States!” said Baltic Altar co-organizer Konstantin Antropov. “Most of the music has been made specially for BM and it even uses 19th century recordings of folk songs and chants recorded and stored on vinyl.” If this all sounds right to you, make some noise on the Baltic Altar donation page. 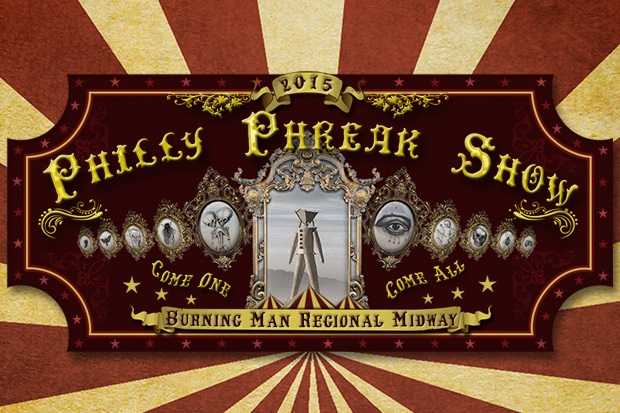 Philly Phreak Show phlies their phreak phlag high at The Midway with a museum of oddities and curiosities that will capture your imagination and make you lose your lunch. With their mermaid skeletons, Siamese specimens and jars of eyeballs, Philly Phreak Show just might make your mouth ajar.

Philly Phreak Show is also phunding via an Indiegogo campaign. Philly phreak Sharyn Giggles tells Fest300, “This project has been really rewarding already as we've brought together artists from all over Philly collaborating to create a Phreaky taste of Philly to bring to the playa.” 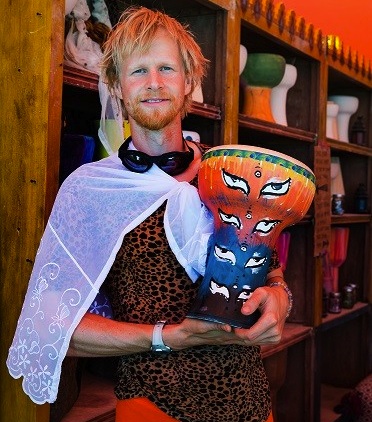 The traditional "drum circle" concept takes a real pounding at Dr. Thelonious D. RUM and His Medicinal ThumpThump Healing Excursion. Midway participants will have a chance to win their own custom drum, like the good doctor is holding in the image above. But it won’t be easy.

“Players vie for a chance to build their own drum by playing five not-so-traditional Carnival games,” says the project’s website. “We shall gift all candidates with carny totems and icons, but only the courageous will stay and build a drum, those perennial souls who hurl themselves into the unknown of their personal darkness and light, and who aren’t too bad at tossing a ring.”

Healing Excursion co-leader Dhani Adomaitis says this project has “corrupted hundreds, if not thousands of Burner passersby with our Silk Road, camel-toe-stamping insanity.” Your can drum up more support at the Healing Excursion Indiegogo page. 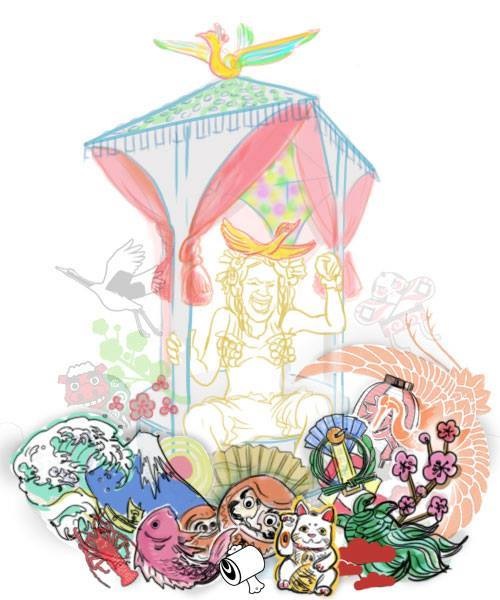 Your most unforgettable amusement park ride may be the Venus Lift, where you and a lover, BFF, or partner are toted around the playa on a floral, LED-illuminated transport contraption whose flower petals open up to reveal…you!

“We are making a portable shrine that allows two participants on board as god and goddess of ideal beauty and everybody else carries them around the Man,” says Makibee of Venus Lift. “It's a new invention of a traditional festive act with a twist in fame of idols.” If you’re a Japanese Burner, check the Burninja Facebook page for fundraising and participation information — delivered entirely in Japanese.