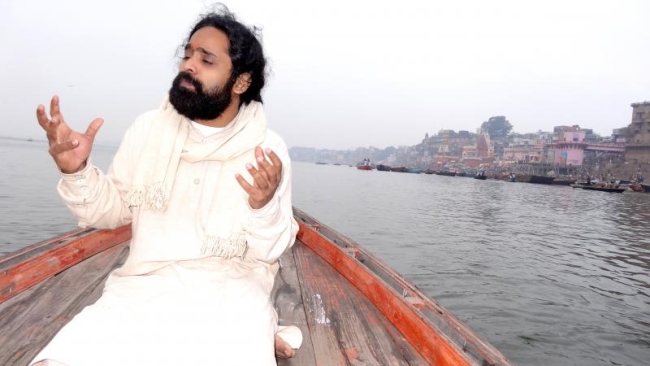 Streams of consciousness along the Ganges River: both my daytime meditations and nighttime dreams are lucid and deep. I sleep eleven hours one night in Varanasi. That’s two nights sleep for me back in San Francisco…what’s come over me?

As mentioned in a past post, I met Nitin Dixit when he flew from Delhi to Boulder, Colorado for a conference. Nitin invited me to join him on his Kumbh Mela tour with his guru, Acharya Sri Maharishi from Richikesh Ramjhula in northern India. I met Acharya Sri at dinner our first night and was seated straight across from him. I was nervous, as I was to spend the next 9 nights with him…what if I sounded like an American novice…or worse…an idiot? But, within minutes my fear melted as his knowing and loving smile told me I was exactly in the right place. That night I dreamed of Rumi and in the morning re-read some of my blog posts from the Rumi festival in Turkey. Acharya Sri struck me as a modern day Rumi, full of poetic ecstasy.

Within a day or so, I was being serenaded by Acharya who’d turned his poem to the Ganges into a song. He lived in the Himalayas at the source of the Ganges (Gangotri) in a cottage for six years and had created quite a kinship with this powerful river that is the site (down river) of Kumbh Mela.

Over the course of our time together, I came to learn that Acharya Sri’s philosophy of life can be summarized in three words: “Be With Existence.” Having spent my life as such a doer, I realized that I often strived to be, which was just another form of doing. It’s almost like Existence is a good friend that I could just enjoy being with. 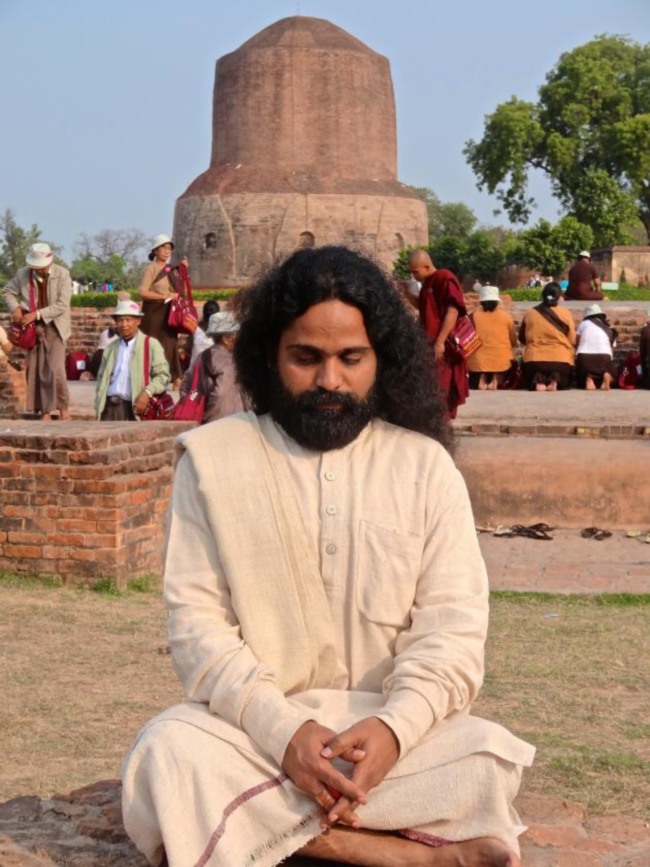 I asked Acharya Sri for the best advice he could give anyone about how to live a good life. He told me about the “quandrum”: four qualities that can help you “live meditation,” not “do meditation.” The first two – awareness and patience – are instructional for how to grow as a human. The second two – devotion and equanimity – help you to become a spiritual giant. While Acharya Sri’s unique word “quandrum” sounds like quandary and conundrum rolled into one, isn’t that what life often feels like? Follow the quandrum and life will be one endless meditation rather than something you do for just thirty minutes a day in solitude. 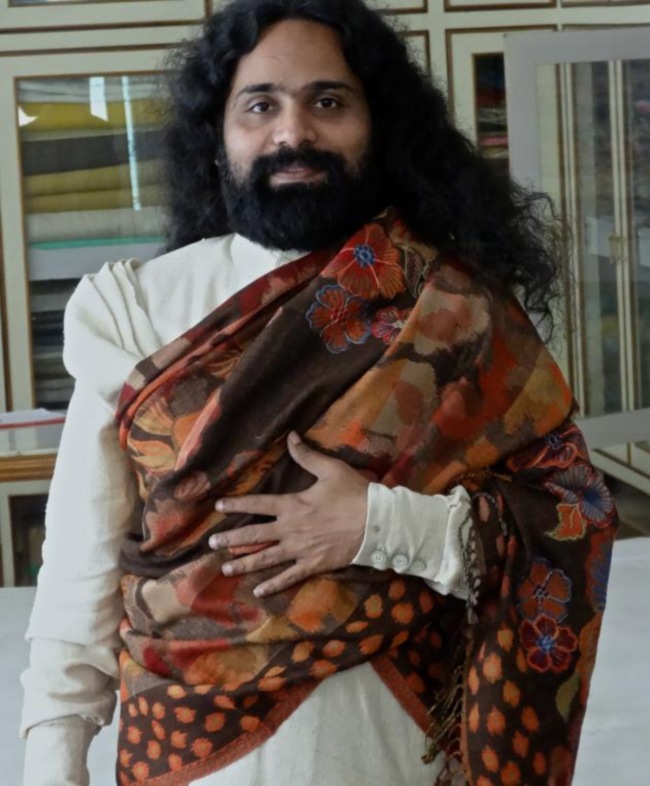 Coming to Kumbh Mela was a sojourn for me and I was so very fortunate to meet Nitin and have him be such a dedicated and friendly guide to this devotional experience. Something Acharya Sri said to me truly underlined why I wanted to be here: “If you are fully devoted to your humanity, your divinity will naturally appear.” That very Rumi-like philosophy is why I wanted to mix it up with the multitudes of humanity on the Ganges River (estimated 100 million folks over the 55 day festival).

One afternoon in Varanasi before we left for the festival, Acharya Sri instructed me in some “energizations” that build one’s cardiovascular system as well as strength. At times, as you’ll see in these photos, I was a butterfly or a hawk or, in the last photo, an ass (should have cropped that photo a little!). 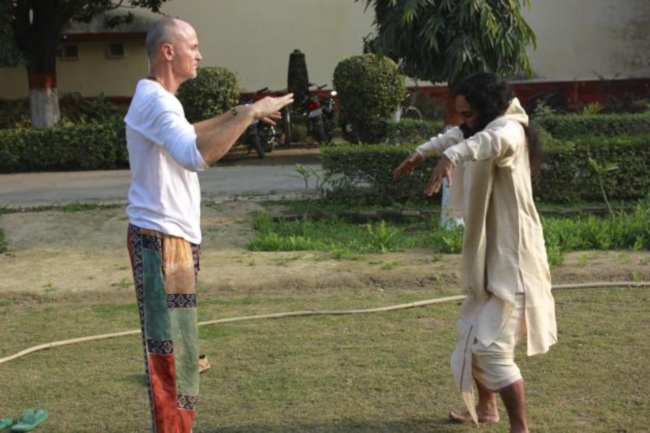 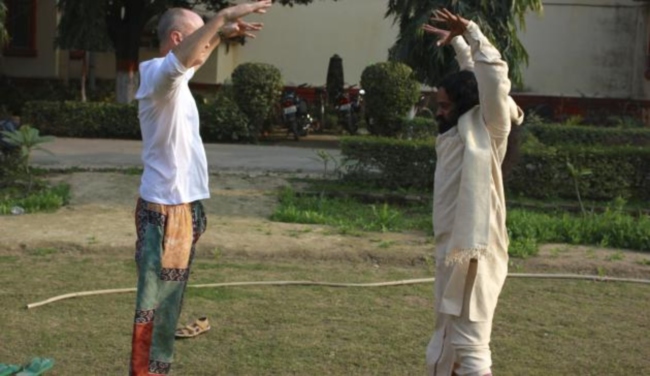 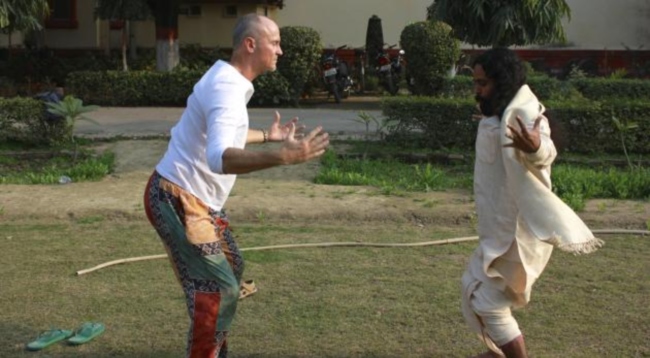 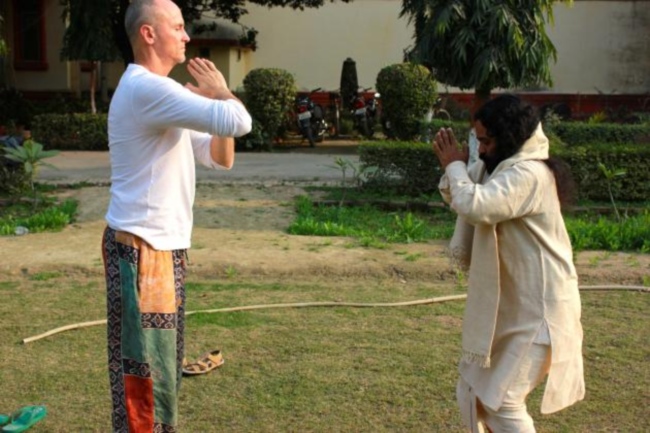 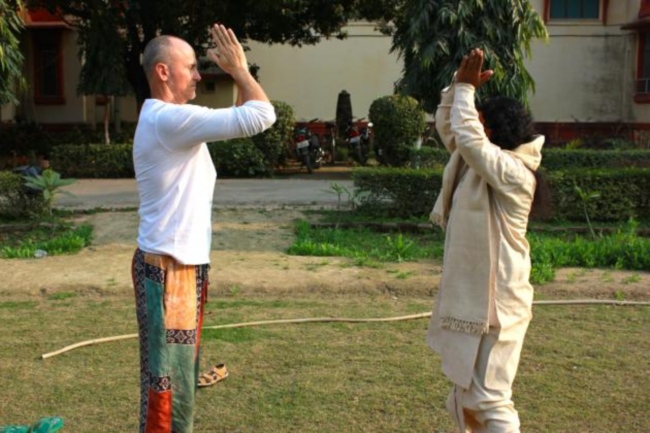 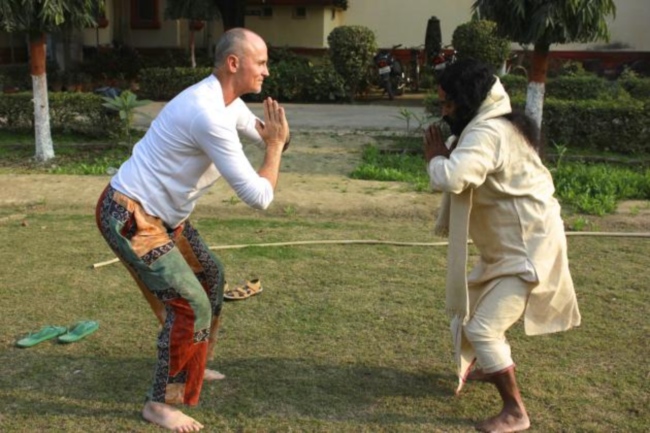 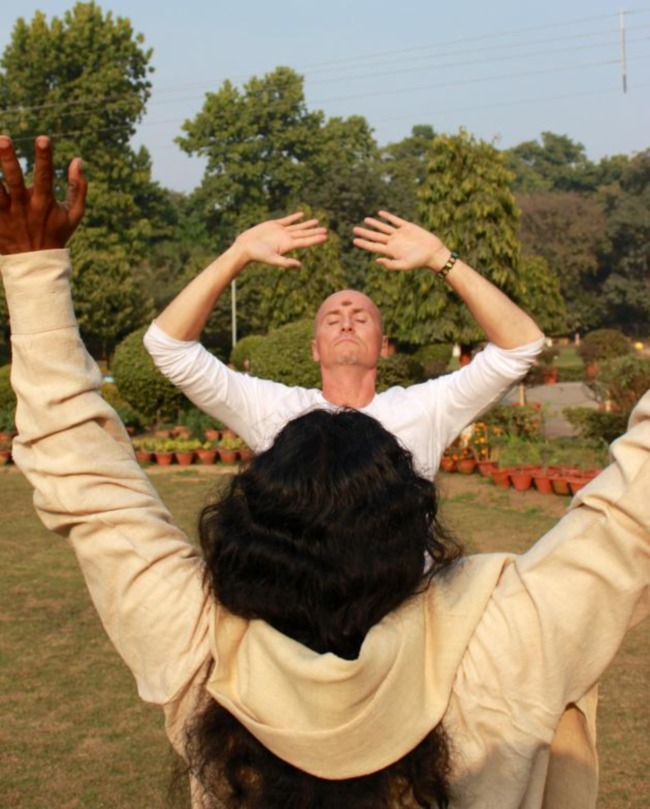 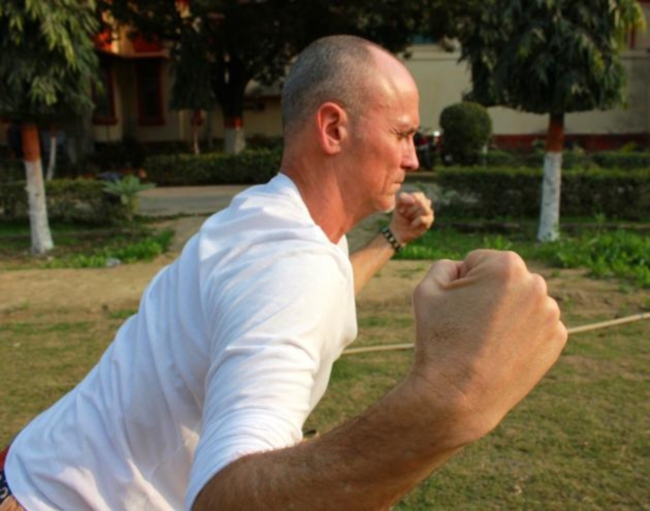 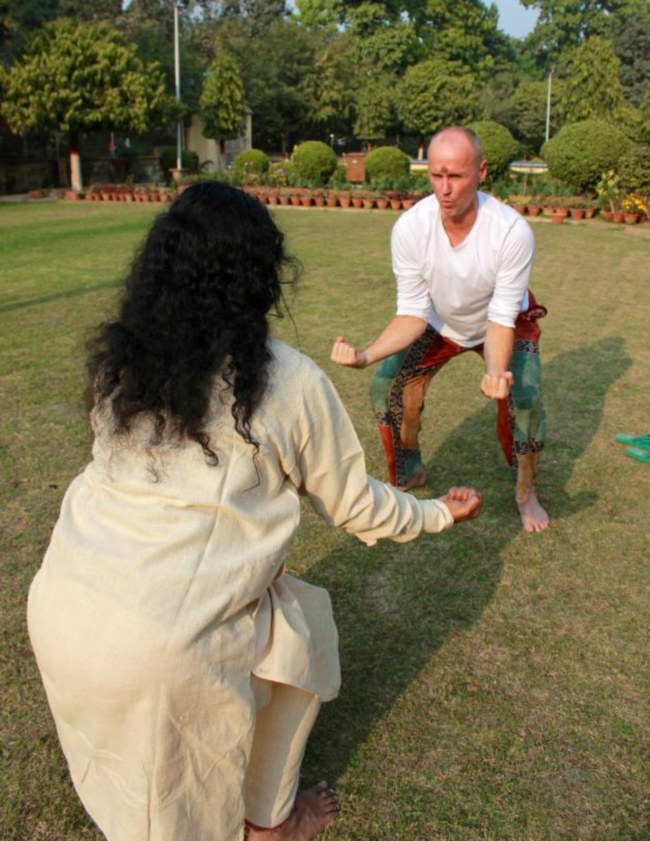 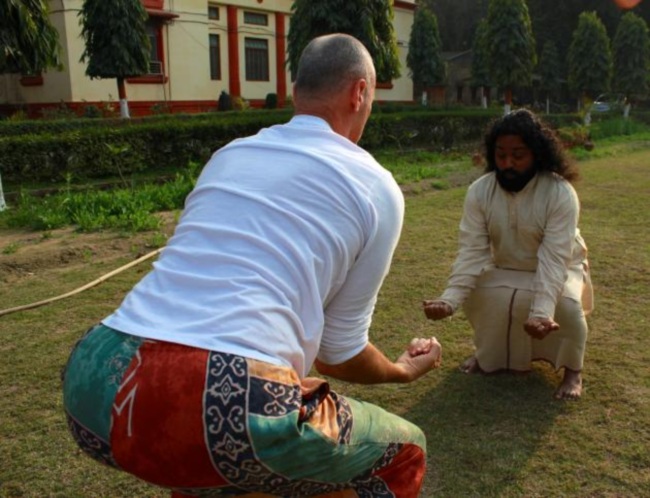 Between all our meditation experiences at multiple temples, we would hop in and out of the car throughout the day. At one point, Acharya Sri wanted to make sure that I had enough space in the front seat as he was seated right behind me. He said, “Are you comfortable?” And, I didn’t hesitate in responding, “Better than that. I’m ecstatic.” That’s what my week with an Indian guru felt like…extended ecstasy amidst the world’s largest and maybe oldest religious festival.