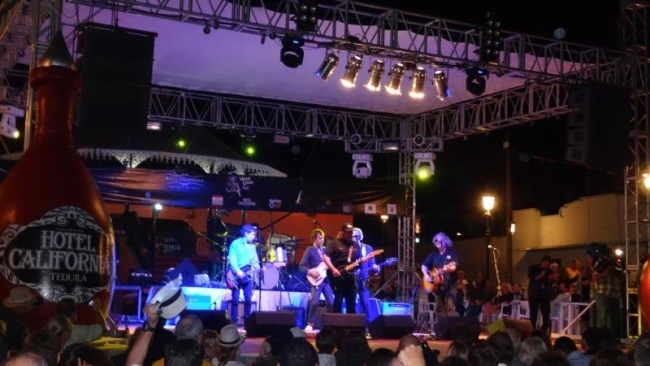 An hour north of Cabo San Lucas in Baja California, Todos Santos is a magical, historical village perfectly suited for bourgeois bohemians (“Bobos”). There’s a Buddhist meditation retreat center, indigenous healers and shaman, and one of the largest percentages of yoga enthusiasts per capita this side of Santa Monica. I was enchanted to arrive in town this visit and see a handwritten sign announcing that famed Rumi translator Coleman Barks was in town and speaking at the Rumi Garden restaurant during my visit, just weeks after experiencing the Whirling Dervish festival commemorating Rumi in central Turkey. Todos Santos is an artistic little town blessed with abundant organic farming and a surprising number of spectacular restaurants. Great surfing, plentiful mountain biking trails, beach horseback riding and all kinds of other adventure sports make it an active, vital community. 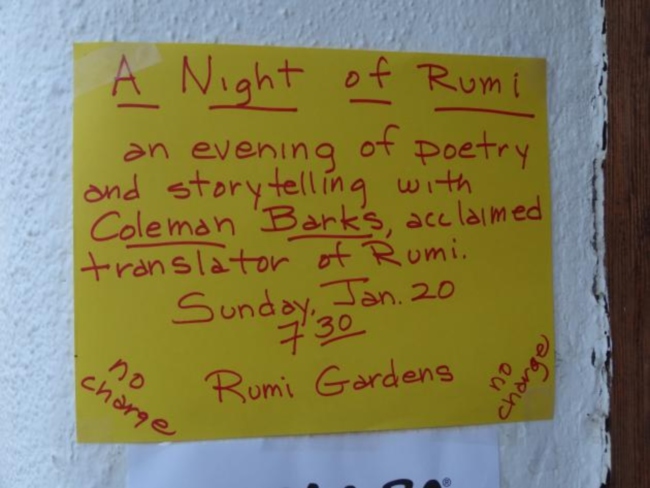 For all these reasons, guitarist Peter Buck – of REM fame – decided to semi-retire here. And, because he loved Todos Santos so much, he wanted to share it with friends in the form of a three-weekend long music festival each January. I flew in for the second weekend featuring The Posies, Chuck Prophet, The Baseball Project, Twin Tunes (the best of the bunch), as well as Peter joining most of these bands for some on-stage strumming. 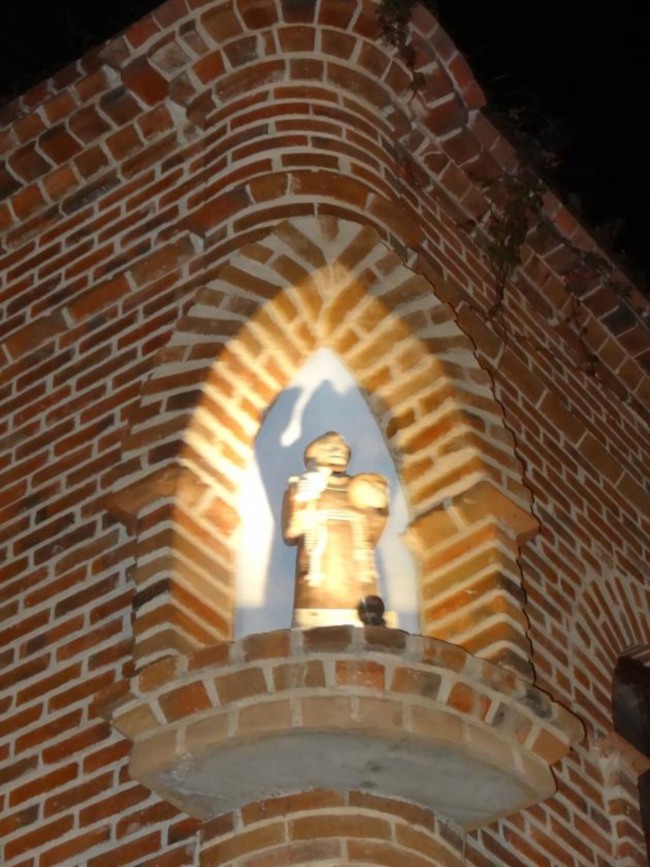 True to the town’s name, lots of saints appear in the architecture.

This music fest won’t make it on my list of the 300 best in the world. It’s a fledgling festival in its second year with a little too much of the older rocker scene and not enough of the local flavor. In fact, my favorite musical acts were at side venues like the Baja rap group in a warehouse or the Groovetrotters at Michael’s restaurant and gallery (more on them later). 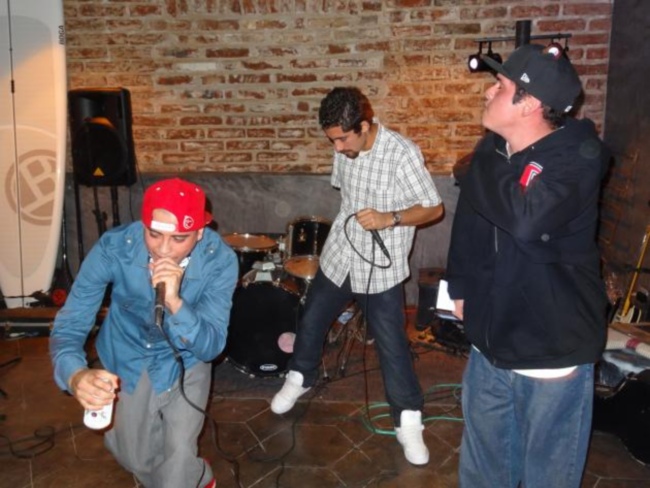 Sometimes the best energy can be found off of the main stage.

The festival is not the reason to come to Todos. I went for an early morning whale-watching trip on a fishing boat. The whales come close to shore to scrape the barnicles off their bodies due to the steep ocean slope. Hanging out with the fishermen as they brought their catch in was quite a sensory experience. We even caught a large, colorful dorado on the little boat with six of us while we were spying on the whales. After this excursion, I went for a 4-mile round trip run from town to Playa La Cachora where I saw two dogs but no people for miles both north and south. Stripping out of my running gear, I swam au naturale in the ocean. 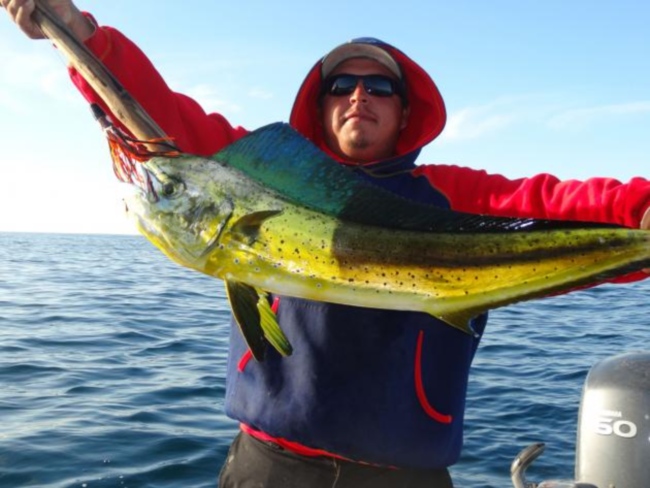 A dorado caught on our whale watching trip. 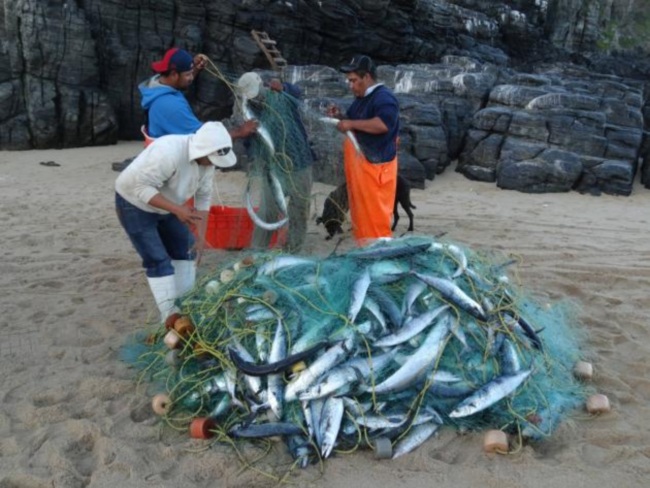 There’s a nice array of choices of where to stay from the exclusiveRancho Pescadero on the beach to in-town choices like Guaycura with their stunning terrace, the classic Todos Santos Inn, and the modern yet modest Casa Tota. 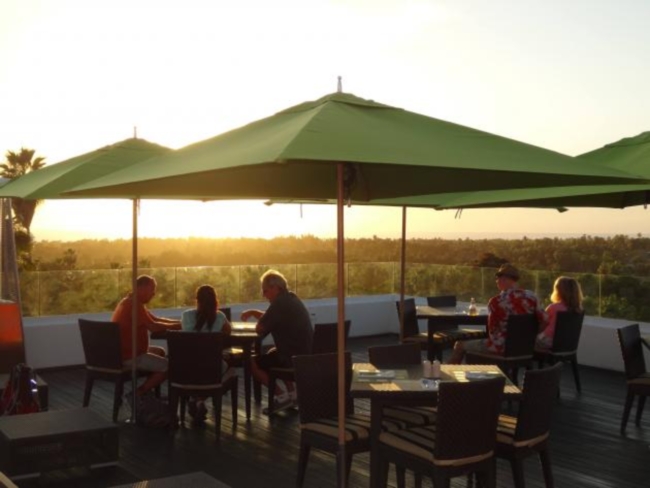 The Guaycura Terrace is a must see/do for sunset drinks. 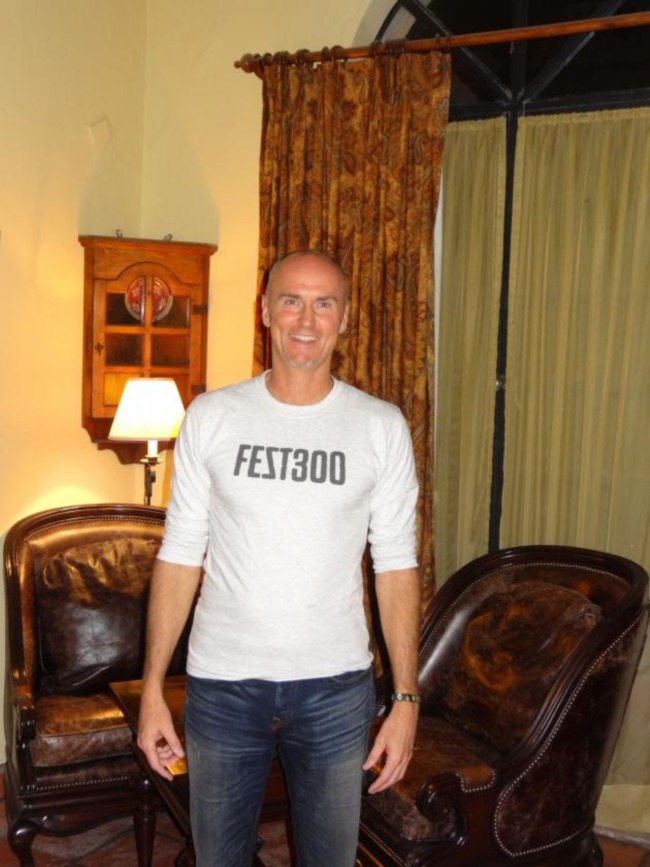 But, the revelation for me on this trip was meeting Marcel Groovetrotter (yes, that’s his name) and four of his six sons, as the five-member Groovetrotters band truly stole the hearts of me and my friends. The family lived outside Detroit and were victims of the 2008 financial collapse due to Marcel’s profession as a mortgage broker. Marcel loved Todos Santos and convinced his wife that they could home school their boys and move the family down to Pescadero, just south of Todos Santos, to open a pig farm. Yet, as is true for so many people in this area, it was art that took hold of their lives. Marcel and his four oldest boys (ages ranging from 12-18 and hairstyles right out of the Jackson Five) created a band that immediately became the hottest sensation in south Baja. Todos Santos is a place where magical dreams come true and even a family from Motown can be discovered. 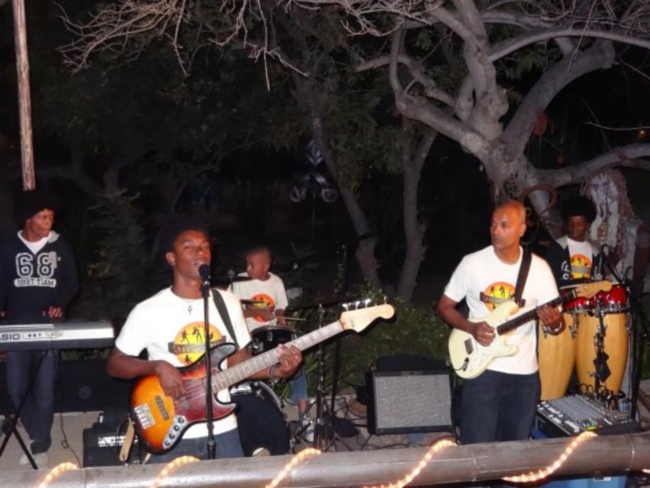