The xx is Bringing a New Summer Festival to Iceland

The xx may be young, but they've more than proven themselves as mainstays on festival lineups the past several years. Now, the UK band have put together their own festival called Night + Day, and it will take place in Iceland this July.

Night + Day is a traveling series of shows The xx performed earlier this year from Lisbon to Berlin, and most recently to Brixton, where it ran for eight days in March and saw the band perform a record-breaking, sold-out, seven-night run at the 5,000 capacity O2 Academy Brixton. Needless to say, they're on a roll – and taking full advantage of that now with Night + Day, the festival.

From July 14-16, 2017, a roster of international and Icelandic artists will perform at a waterfall called Skogafoss (more on that later). The xx will headline, of course, and member Jamie xx will perform his solo material in a separate headlining set. Kamasi Washington, Warpaint, Earl Sweatshirt, and Robyn also top the bill. 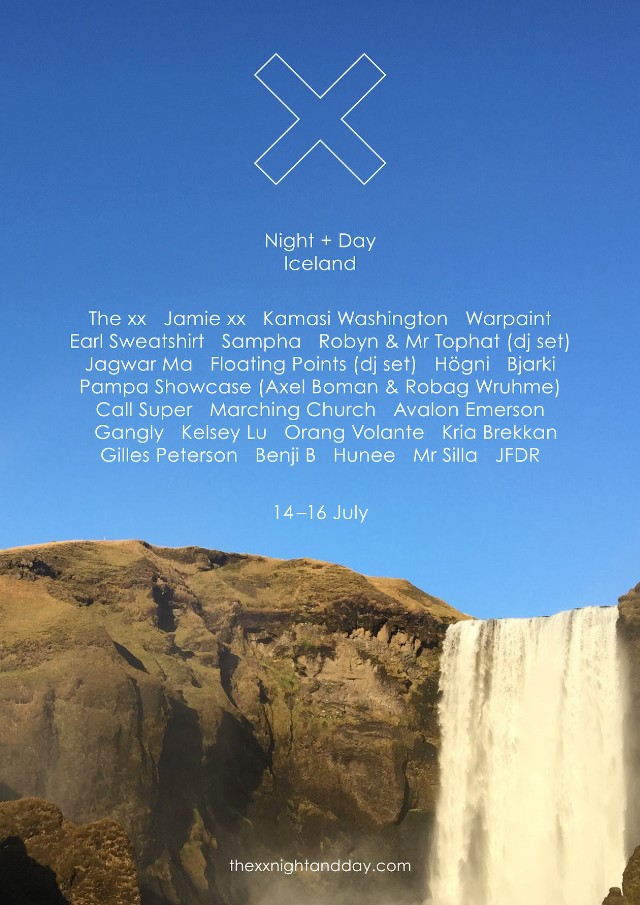 Skogafoss, the towering waterfall two hours east of Reykjavik, is a breathtakingly beautiful location where guests can stay for three days. Limited to 6,000 tickets, the festival marks the first time the Skogafoss site has been used for such an event.

In the wake of The xx’s universally acclaimed album I See You, which was partially recorded in Reykjavik, hosting Night + Day in Iceland just made sense. As The xx put it: “This July we are beyond excited to bring Night + Day to Iceland, for a special intimate weekend of music beside the Skogafoss waterfall! We fell in love with Iceland while recording some of I See You there a few years ago and we are so looking forward to returning and bringing some of our friends, from near and far. We hope you can join us there in July!”

Tickets and travel packages go on sale Friday, May 12 at 5 am EST. Click here for more info.