This Year's Secret Garden Party Will Be the Last

Sad news for all Secret Garden Party fans: it has been announced that this year’s festival will be the last. A statement was released this morning explaining that the UK festival, which was one of the first to allow drug testing on site, will cease after this summer’s event. Though it’s bound to leave many fans of the festival feeling blue, there are hints in the statement that there will be a new soiree to replace SGP so all is not lost, I'm sure. 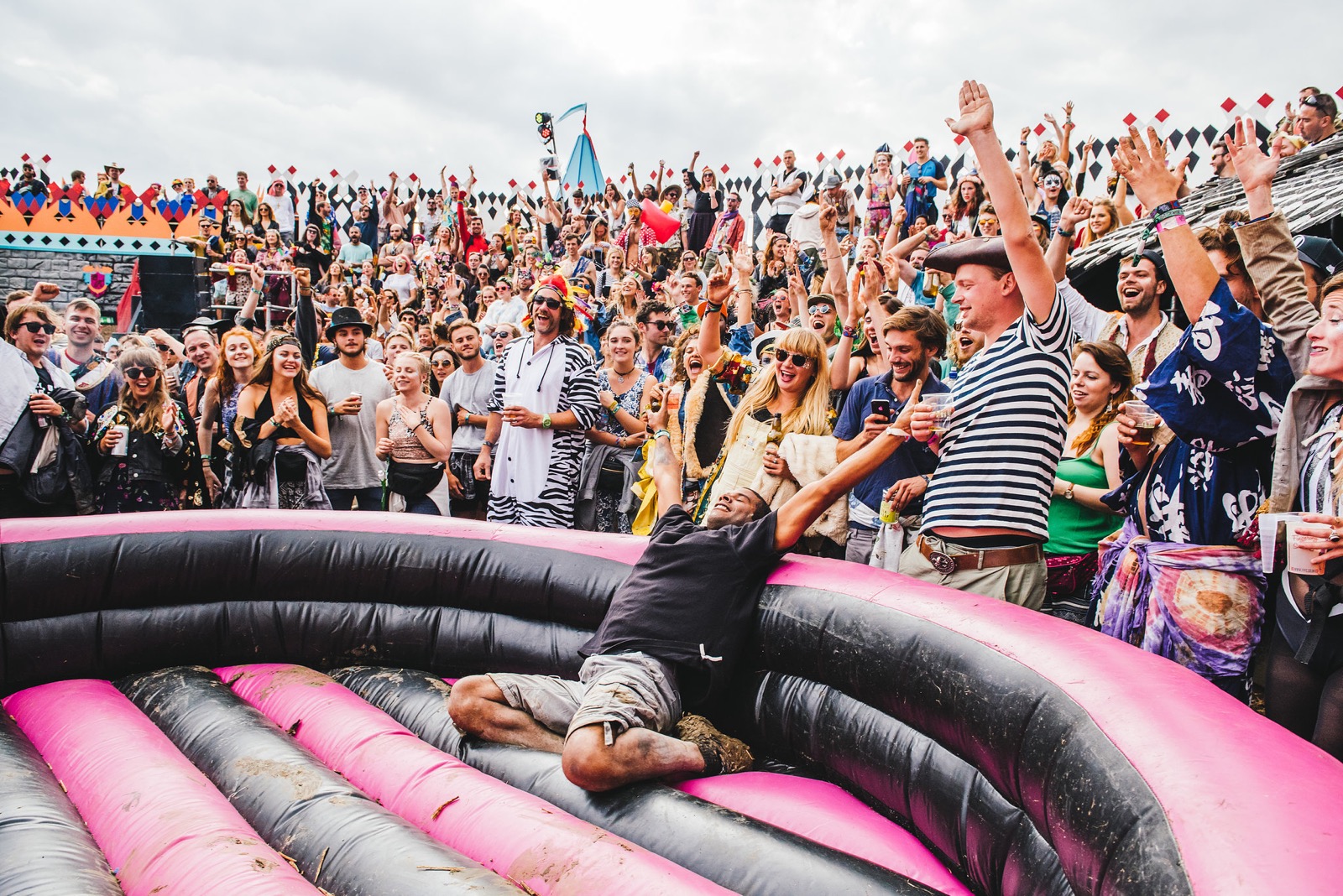 Secret Garden Party (SGP to its friends) started out way back in 2004 by Freddie Fellowes with just 500 "Gardeners" quite literally gathered at the bottom of a garden, albeit a very plush garden. As time went by the gathering grew and grew, resulting in a spectacular event that has set the standard for British festivals in many respects – particularly when it comes to production and attention to detail. 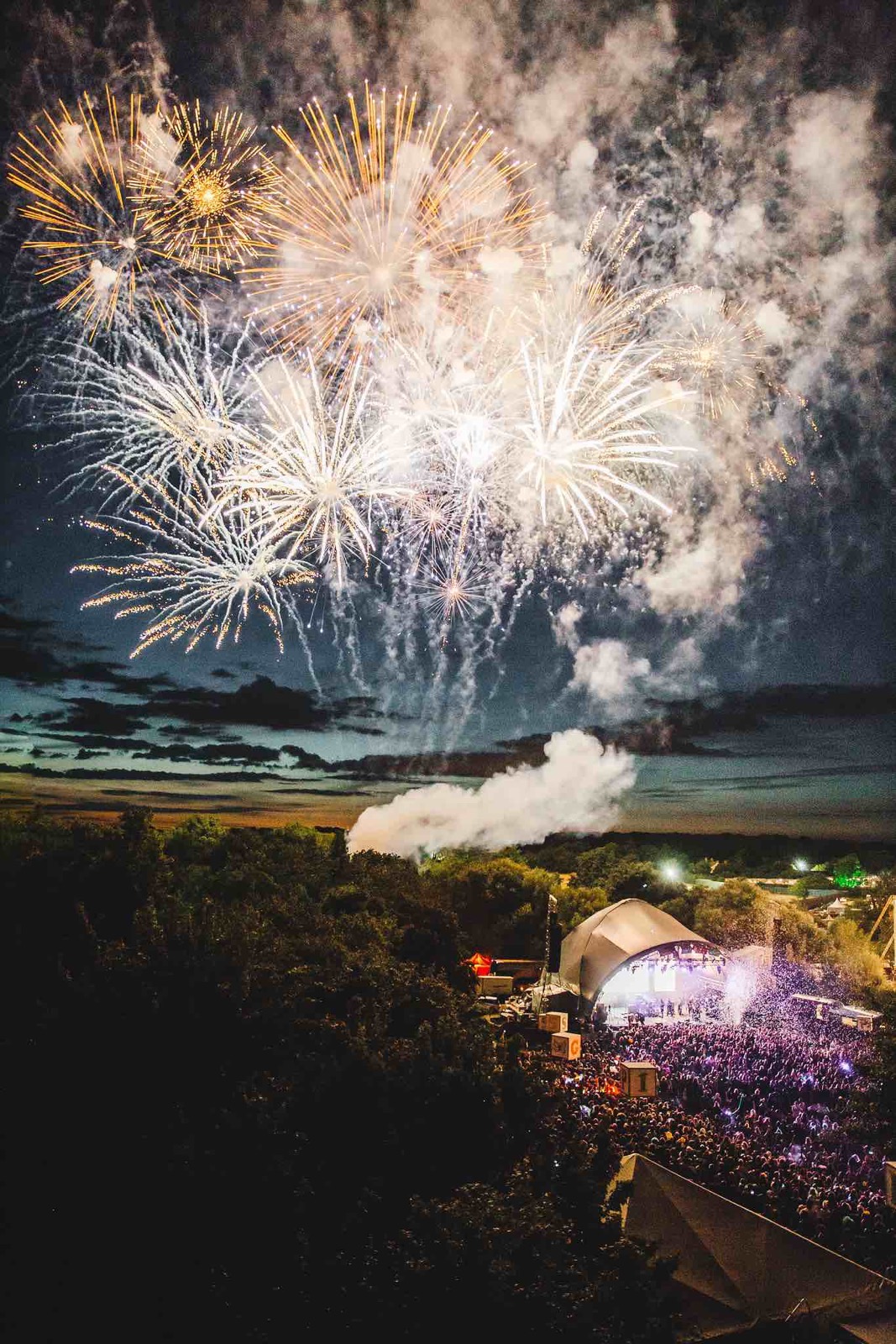 I went to SGP for the first time in 2014 and it absolutely blew my mind. From the various stages, to the silly games, the layout of the festival so you always feel like you’re having an adventure, to the way the trees on the festival site are lit up so they look enchanted and all the amazing details, from Spitfires flying overhead, to hidden parts of the festival and the most amazing firework display I have ever seen.

I remember walking around the festival in awe, thinking, “Somebody actually created this… all of it came from someone's mind and has been made real for me and all the other people here to enjoy.” I imagined the fun the creative team must have had sitting around brainstorming all the amazing aspects of the festival and how that fun and playfulness filtered directly into our experience of it all. Endless fun. Even the years when rain made the site a mud-fest, people just got on with it and made the best of a bad situation. As an aside, there's an annual mud wrestling competition. (Photo NSFW.) 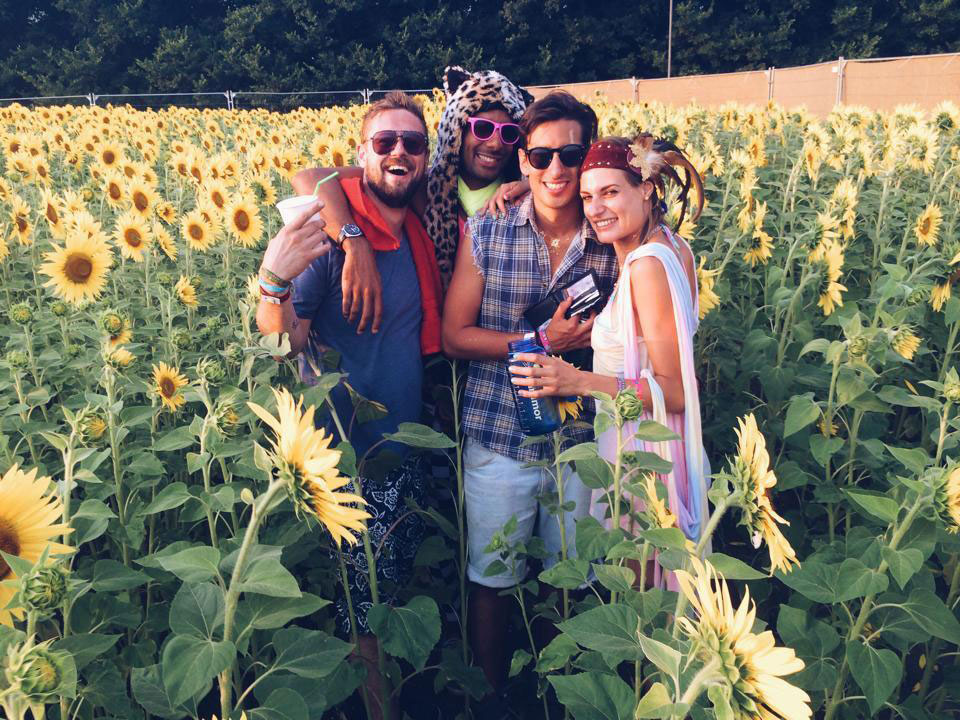 In 2014 the organizers grew a secret sunflower field in the middle of the festival, only accessible through a portaloo. There’s also the Sweaty Lingerie Party, a secret after party that moves location every year – if you can get hold of one of the coveted lace wristbands, you’re in. As a great leveler, eager men who want to attend must also wear lingerie. It gets pretty hot and steamy in there, and a hell of a lot of fun. Just a couple of the many hidden areas that pop up every year. Then there’s the hired actors who infiltrate the crowd and leave you feeling confused and entertained all at once – immersive theatre at its best. Dancers, acrobats, DJs playing fifties rock n' roll in far flung tents. A lake where you can go swimming or boating. The Dance-Off ! The homage to the Holi paint festival. Lost Horizon , the serene hippy spa where you can get naked and relax for a bit.

Then there’s the stages: the legendary Pagoda , the Drop , the Colo-Silly-Um , the Time Machine , the main stage and countless more tents and stages where everyone from Public Enemy to Fat Freddy’s Drop and a long long list of DJs have performed over the years. There's the Labyrinth, which has seen such a huge amount of great music. Food stalls that serve up quality cuisine, vegan, vegetarian – all of a high quality and carefully chosen by the festival’s organizers, setting the standard for others to follow.

SGP is a festival that everyone looks forward to, where everyone really relaxes and lets their hair down: the artists, the industry heads, the newcomers, the veterans, the people. You’ll see musicians mingling with the crowd, hanging out, getting dressed up and acting silly. You’ll see newly acquainted friends playing zorb football , rolling around in the grass, having a silly adventure… or just chilling by the lake . I began the most amazing love story of my life at Secret Garden Party, and it’s still going and still amazing. Some friends of ours met there and are now married. It’s the kind of environment that creates a space for things like that to happen; it's liberating – a playground for adults. There is so much colour and flamboyance, everyone is dressed up, getting into to the theme or just doing their thing. People are playful and friendly, up for socializing – it's a truly unforgettable and royally silly festival experience, as it should be.

Last year Secret Garden Party worked closely with the Canterbury Police Force to spearhead the UK’s very first drug testing unit on a festival site. It was s pioneering trial which made history and probably saved a few lives and has started a small, but hugely important revolution. The success of the trials, led by The Loop and Fiona Measham, means they will now be expanded to include other festivals this summer. Another innovation from a festival that has always pushed the envelope.

Freddie’s statement definitely leaves the SGP story open to a new chapter, whatever that is we’re sure it will be just as forward-thinking and people focused as the 15-year-old festival has been. Good luck to them and thanks for the memories.

“Whilst I have always known I was going to have to write this, it still feels strange. We have been on a long journey but I concede to the infamous phrase that ‘All good things must come to an end’, and so it is, I announce today that this summer will host the last Secret Garden Party as we all know it.

“I know some of you will be questioning, why now? And more importantly, why tell us now?

“I hope you don’t find the timing Machiavellian, however there is never the perfect time to drop this bombshell, too early or too late and people are going to miss out and be disappointed. Hopefully we have struck the middle ground here. Secondly I’m sure you will have, by now, spotted that this is the punchline to this year’s theme as it is ultimately going to be a huge celebration of the people who make the garden party: you.

“Fifteen years ago I started out with a set of ideas as to what makes a good party and the most perfect venue for it. But with no set idea of what the destination was for this venture the ‘festival’ was, at that time, the perfect medium through which to explore these ideas.

“Much has changed since that first Garden Party, when there was nothing else like it in the UK: Facebook, YouTube and Twitter had yet to be invented and no one knew what a boutique festival was, let alone glamping.

"Since then, with you always at the heart of it, the Garden Party has defined and redefined outdoor events in the UK; we have all done this together as a collective of truly independent outsiders.

“I have never compromised our principles and I never will. SGP has always been a beacon of what you can do within those terms and, as imitation (being the sincerest form of flattery) proves, it has set the bar for everyone else going forward.

“But it is exactly because of those principles, and the love for all of you who have made The Garden Party what it is, that I am committing this senseless act of beauty.

“What better way to honour the love that has been given to this project and wholly demonstrate this principle, than going out with a bang.

“This isn’t some principled self-immolation: this is opening it up for new forms in the future. So this summer will be the almighty send-off that the Garden Party deserves and whilst that is going to cause some tears to be shed, think of it more as ‘Dylan goes electric’ than our Altamont.

"So watch this space for the phoenix rising from the ashes...

“Because after all you can’t be avant-garde from within an institution and lest we forget: the frontier always moves."