Top 8 Festivals for Getting Naked

For some of you, this is a fantasy. For others, it’s a nightmare. And, for a special few, it’s a way of life. Festivals that encourage (or at least don’t ban) nudity are a unique lot, but as you can see from the list below, they span the globe and have quite differing histories. So, if you’re looking for a little inspiration to go au naturale, here’s your opportunity to display your derrière. (Some content NSFW!)

Based upon the artistry exhibited on this beautiful Austrian lake, just about any body can look fabulous when some stunning paint is applied in just the right places. This event draws more than 30,000 attendees and artists from 40 countries. 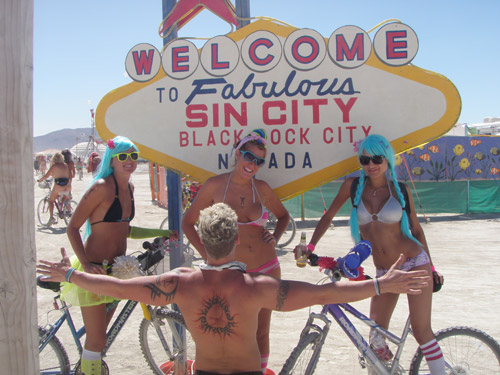 Contrary to popular myth, you don’t have to get naked at the world’s most self-expressive arts festival, but if you’re a virgin (a first-time “Burner”), you may be asked to disrobe your rear-end for a paddling upon entering Black Rock City. The Critical Tits bike ride is one of the highlights of this iconic event.

Running of the Nudes, Pamplona (Spain)

Two days before the Running of the Bulls at Fiesta de San Fermin, a naked collection of animal activists have created an annual Running of the Nudes to give attention to the cruelty associated with bullfighting. Armed with just plastic horns and red scarves, this is when naked gets political in Pamplona.

Down under in Adelaide, they have an annual competition on a beach with three-legged races and sack races (no kidding) with everyone naked. It’s considered family fun for the Aussies who prefer being in the buff. Stay out of the way during the tug-of-war (erm, ouch), but get front row seats for the “Best Bum” competition. 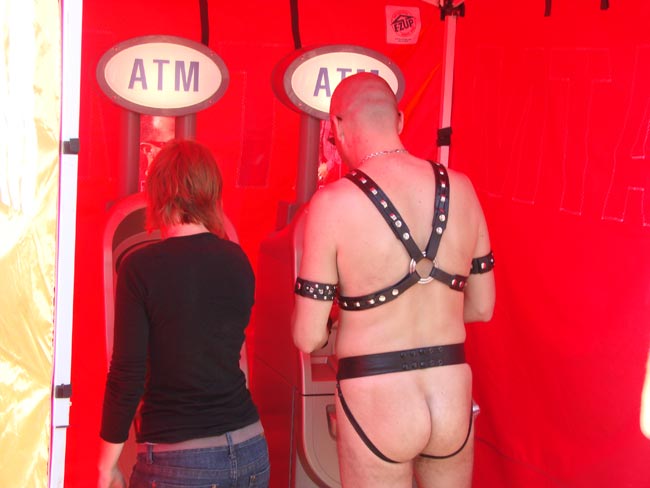 Yes, San Francisco does like to get naked, although the city recently made it illegal to walk around town in your birthday suit...except at festivals. Folsom Street Fair is the grand-(leather)daddy of the “let it all hang out” Frisco fests. A mostly-LGBT event with a strong leather and S&M theme, you’ll see things that will defintively let you know that you're not in Kansas anymore, Dorothy.

The world’s largest human celebration with an estimated 100 million people at Ganges in 2012, Kumbh Mela attracts sadhus, wandering holy men, and the most rambunctious sadhus are Nagas. The Nagas have disavowed all earthly possession including their clothes and their early morning procession on the main bathing day is one of the photographic highlights of this festival.

While Denmark might not be the warmest place to get naked on the list, the lure of a free festival ticket by the local radio station is more than enough to get contestants to bare all. Spectator or participant, this daring dash is a fun way to start off the festivities. 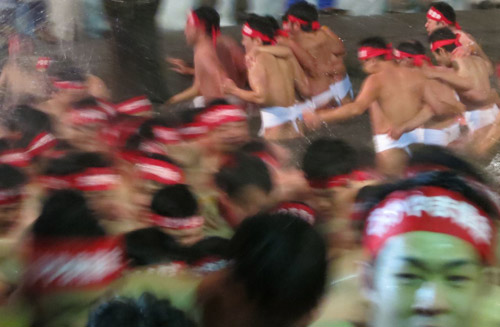 This ancient Japanese purification ritual literally means the “Naked Man” festival.  The most famous event takes place in Okayama in the chill of winter, and not only is it shinkage-inducing cold, but you’ll have to run in nothing more than a loincloth through freezing water before battling 10,000 naked men for lucky “Holy Sticks." Feelin' lucky?