One key change in the works is that the fest will migrate from its original Treasure Island location in San Francisco across the bay to Oakland’s Middle Harbor Shoreline Park.

After a year off in 2017 to adjust for a venue change due to construction and a rain-soaked 2016 event, Treasure Island plans to return in better shape than ever. Ensuring fans it’ll return with the considerate scheduling the festival is known for (no overlapping sets), organizers promise “fans can expect much of the energy, format and attractions to remain the same… with unforgettable music performances set against one of the most unique festival backdrops in the world.” 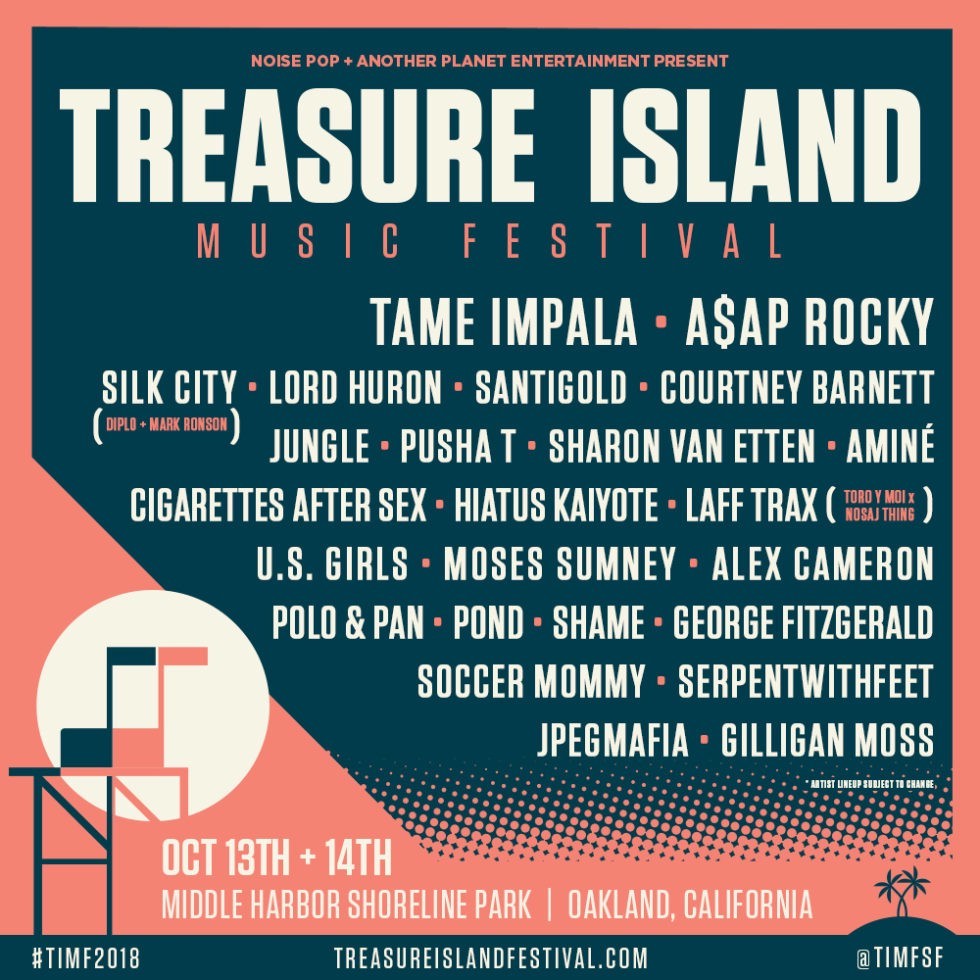