Ultra Music Festival  has just dropped a jaw-dropping lineup for Resistance Miami, Ultra's "festival within a festival" and rising star of the the electronic music megabrand. Between Carl Cox's Megastructure and the insane Arcadia the Spider, Resistance's two stages are packed with house and techno A-listers like Adam Beyer, Joseph Capriati, Nicole Moudaber, Jamie Jones, and of course, Carl Cox.

For the third year in a row, Arcadia Spectacular descends upon Miami to unite h ouse and techno lovers under its giant 65 foot-tall spider for  Sasha & John Digweed, Hot Since 82, Chris Liebing, Better Lost Than Stupid (Davide Squillace, Mattias Tanzmann & Martin Buttrich), J.E.S.u.S (Jackmaster, Eats Everything, Skream and Seth Troxler), Nic Fanciulli and more. Made from 50 tons of recycled military hardware, Arcadia hosts artists inside the spider's "thorax," with just enough room for two or three people to light up a crowd of thousands.

Disappointed at the lack of Adam Beyer, Nicole Moudaber,  Coyu, or Jamie Jones at Movement Detroit this year? Change those plans. We're going to Miami. 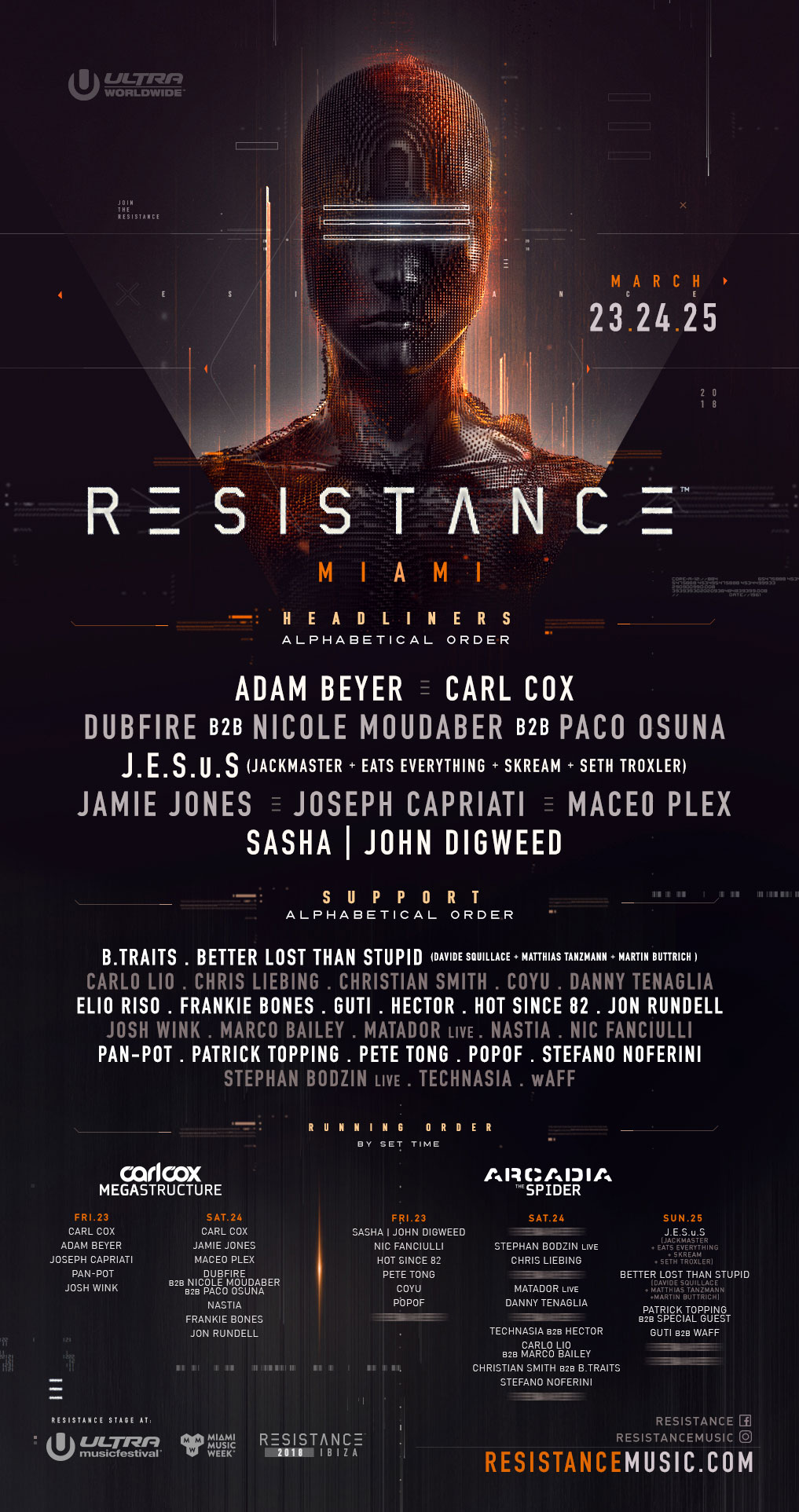