Few skylines can match the enchantment of Global Eclipse Gathering : Palatial spires pierced a rosy sky while cartoon-like hot air balloons drifted silently upwards. The dusty Oregon prairie was surrounded by mountains carpeted in evergreen trees as patrons in full festival regalia populated the land. There was no shortage of love, dust or laughter and just one step onto the festival grounds proved the infinitude of the human imagination.

“I loved how the festival was set up — there was an amazing flow,” says Portland-based attendee Jaclyn Herzog who is relatively new to the transformational festival scene. “The layout really allowed me and everyone else to branch out and form a little community. It truly felt so comfortable as if we were all making a new place to call home.” 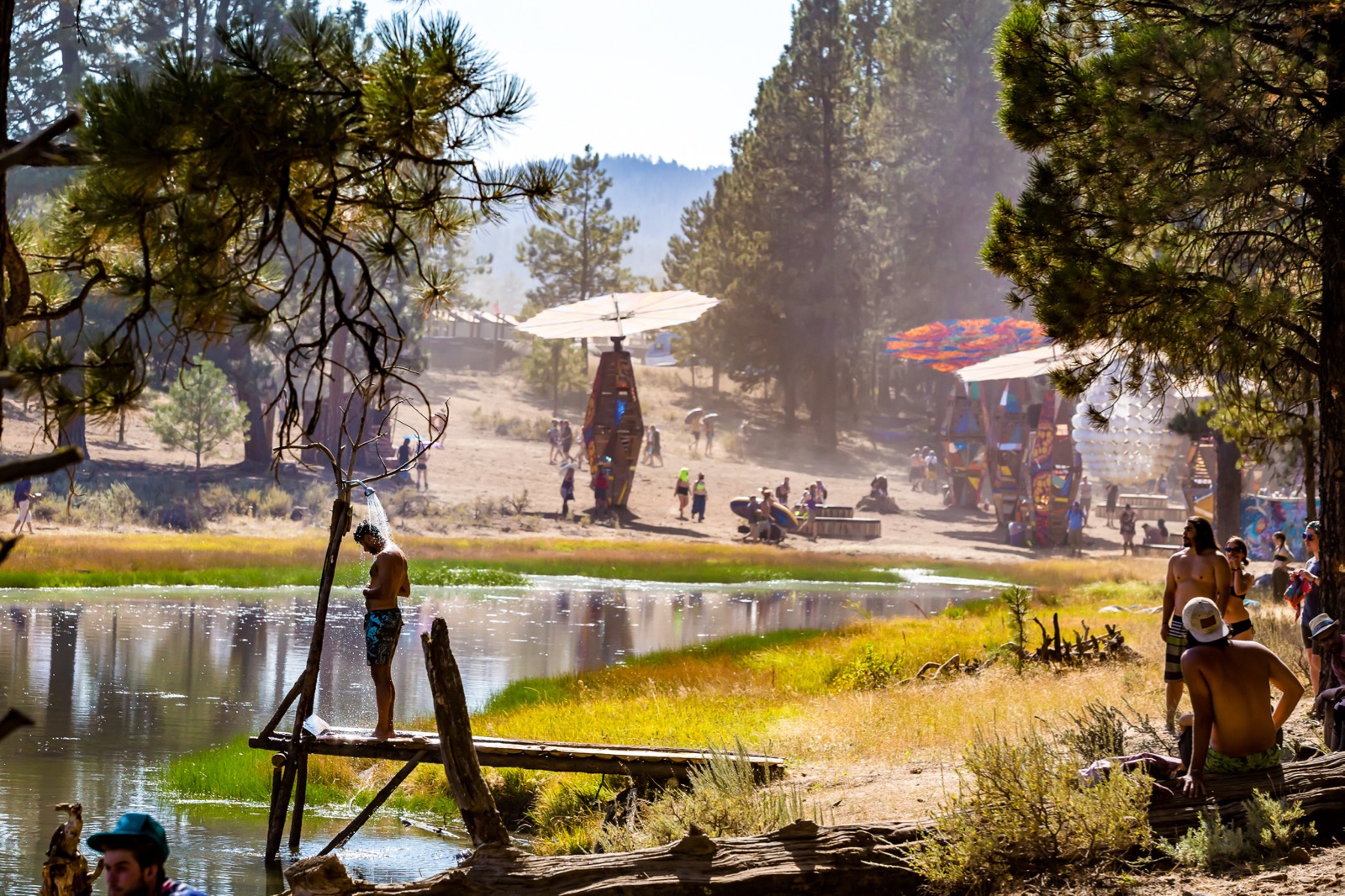 Upon post-festival reflection, there are many memories that stand out. The intricately designed stages animated by colorful projections and art installations so massive that they swallowed you whole, come to mind. Also the stacked musical lineup that had patrons walking miles just to catch their favorite acts is worthy of mention.

The one memory, however, that truly outshines the rest is that of looking up with 30,000 people last Monday morning as the sky darkened, the stars came out and the moon passed in front of the sun for the first total solar eclipse visible in the U.S. since 1979. Whether viewed with an air of mysticism or a simple appreciation for the beauty of this rare celestial phenomenon, the eclipse was enjoyed by all and for many different reasons. 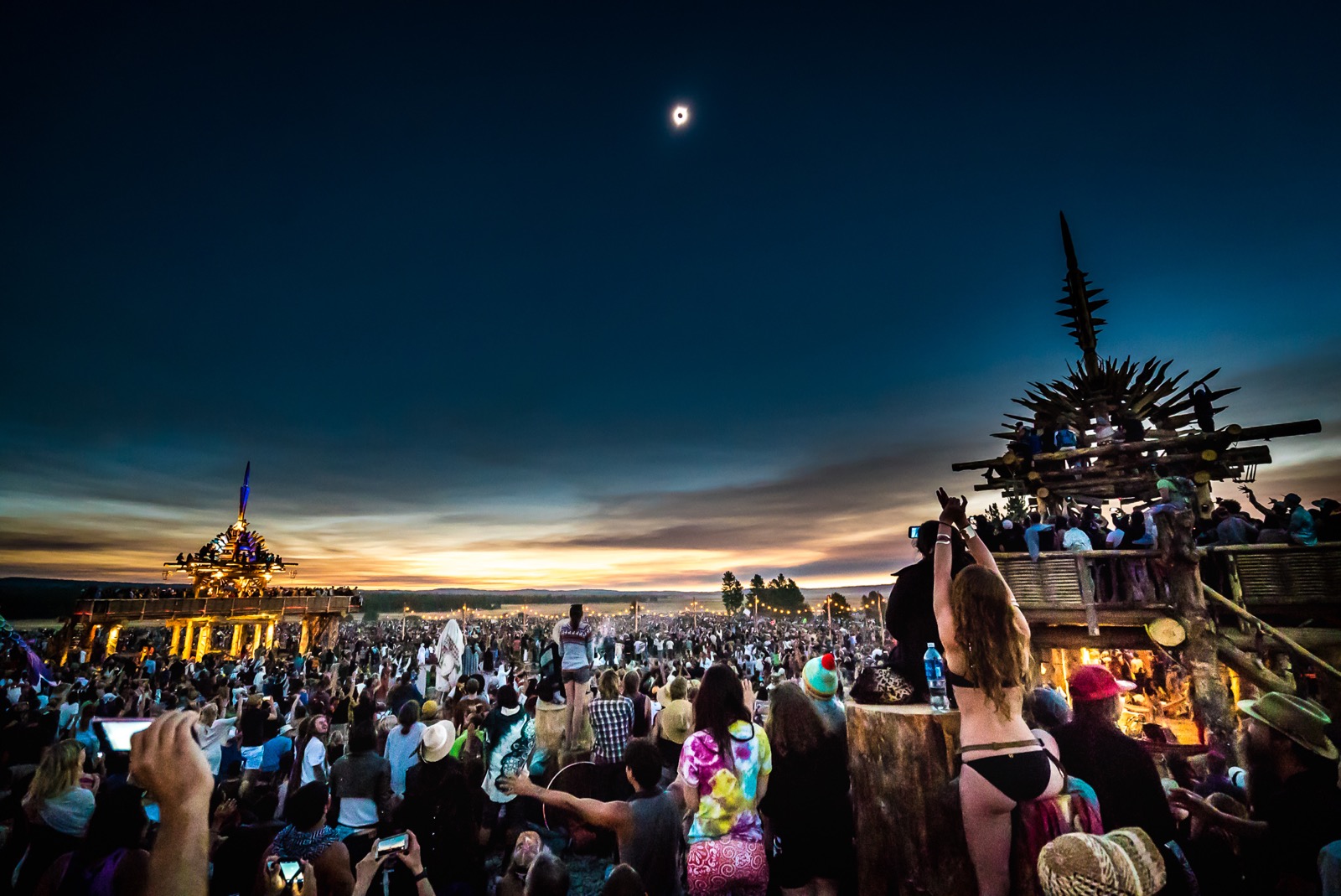 “One of my favorite moments was hearing the howling and yelling from other festival-goers once the eclipse totality started happening,” says Sarah Leemhuis, a Los Angeles-based attendee and frequent festival-goer. “It was hilarious and touching at the same time.”

Logistically, there were several hiccups, which was to be expected from a one-off event at a new venue. As the hours spent waiting to get in soared to the double digits, people began falling asleep in their cars delaying the line even further. An overturned R.V. on Thursday forced local police to reroute traffic which also added to entrance delays. Despite the standstill queue, people socialized outside of their cars, bumping music and playing Frisbee. Making the best of it is one of the most endearing qualities of the festival community. 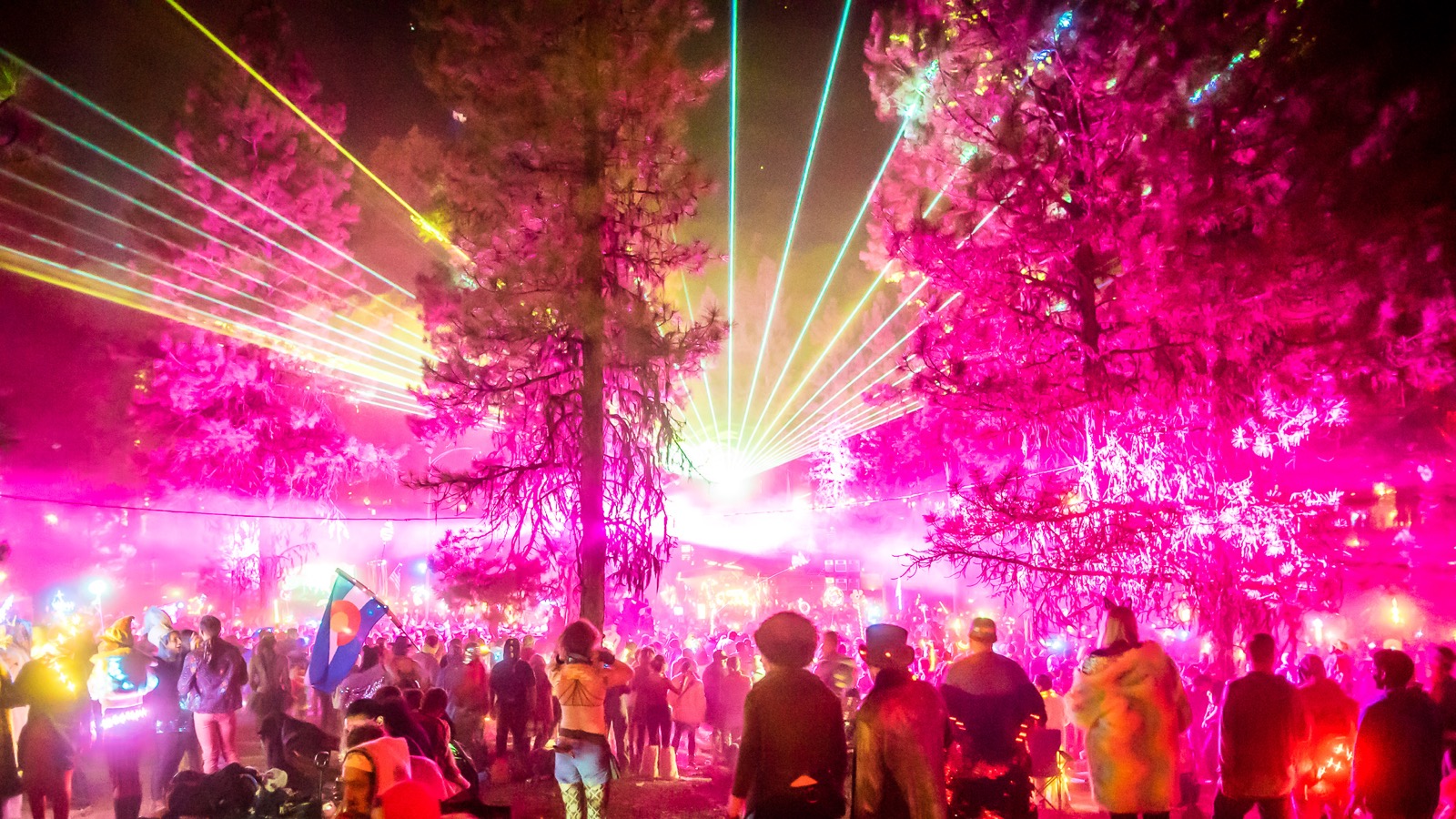 When patrons did finally make it into the campgrounds, frustrations quickly melted away. As far as first-year festivals go, these organizers pulled it off epically. As a global conglomeration of festival producers — from Symbiosis Gathering (U.S.), Envision Festival (Costa Rica), Rainbow Serpent (Australia), Bass Coast (Canada), Lightning in a Bottle (U.S.), as well as several other festivals representing the U.K., France, Japan, South Africa, Mexico and Brazil — this event was a cosmic merger of brilliant minds unlike any other.

Complete with seven stages of music, immersive art installations, a living edible “gardenscape,” roving art cars, a gigantic waterslide, a mile stretch of craft vendors and even a spa, the Global Eclipse Gathering was so vast and loaded with activities that experiencing them all was nearly impossible. Attendees did not seem too concerned about trying to see it all, though, as going with the flow while spending time with their respective crews remained at the root of many their experiences. 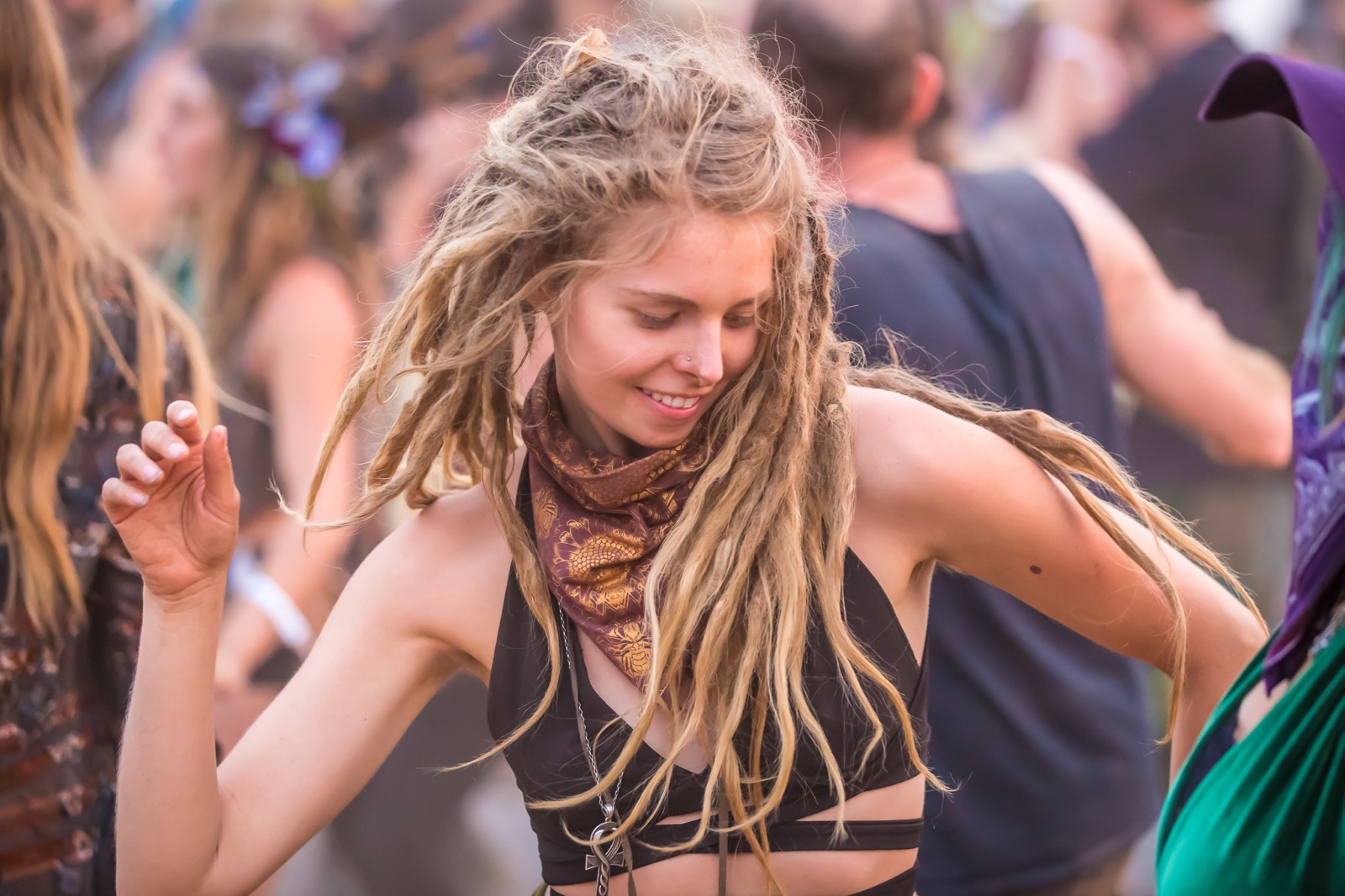 “[Our camp] was by far my favorite part of Oregon Eclipse 2017,” says regular festival-goer and Santa Cruz-based Hepzibah Perez whose camp was dubbed Camp Culo. “I wasn’t really there for the music. Hanging out with our friends and making new ones was the best part.”

Though it doesn’t appear on the lineup and can’t be visualized as a giant art installation, unity is at the core of most music festivals, especially those of the transformational variety. Few events can motivate people to drive, fly or hitchhike from far distances only to wait twelve hours in traffic, walk miles, sleep little, shower never and drop hundreds of dollars to do so. Banding together beneath the umbrella of art, music and community, however, are worth the challenge. 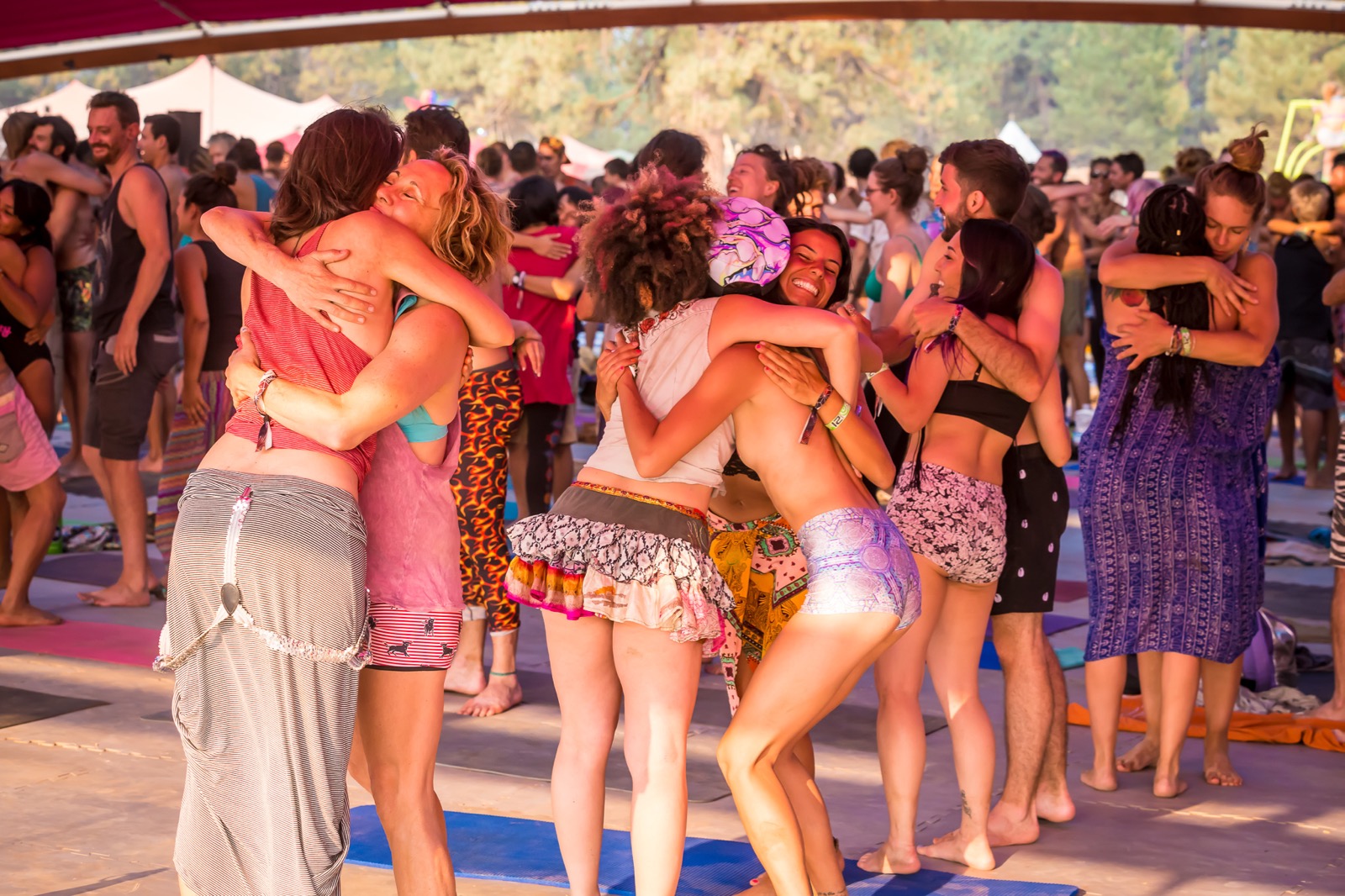 Ever-present but intangible, unity found all sorts of ways to make its existence known. Whether it was through people sprinting across rocky and pot-holed expanses after spotting a long-lost friend, reuniting at last; spontaneous group hugs igniting in the middle of the dance floor that sucked people in like a vortex; or colorful squads of smiling attendees splayed out upon tapestries gazing at the eclipse together, the unity was undeniably felt.

“It was like this sacred congregation ground for us to all come together at the same time,” says Herzog, as she describes her eclipse experience. “I — along with everyone else around me — was speechless when experiencing and acknowledging the extreme power both the sun and moon have on our lives. At that moment, I believe that we all felt equal.” 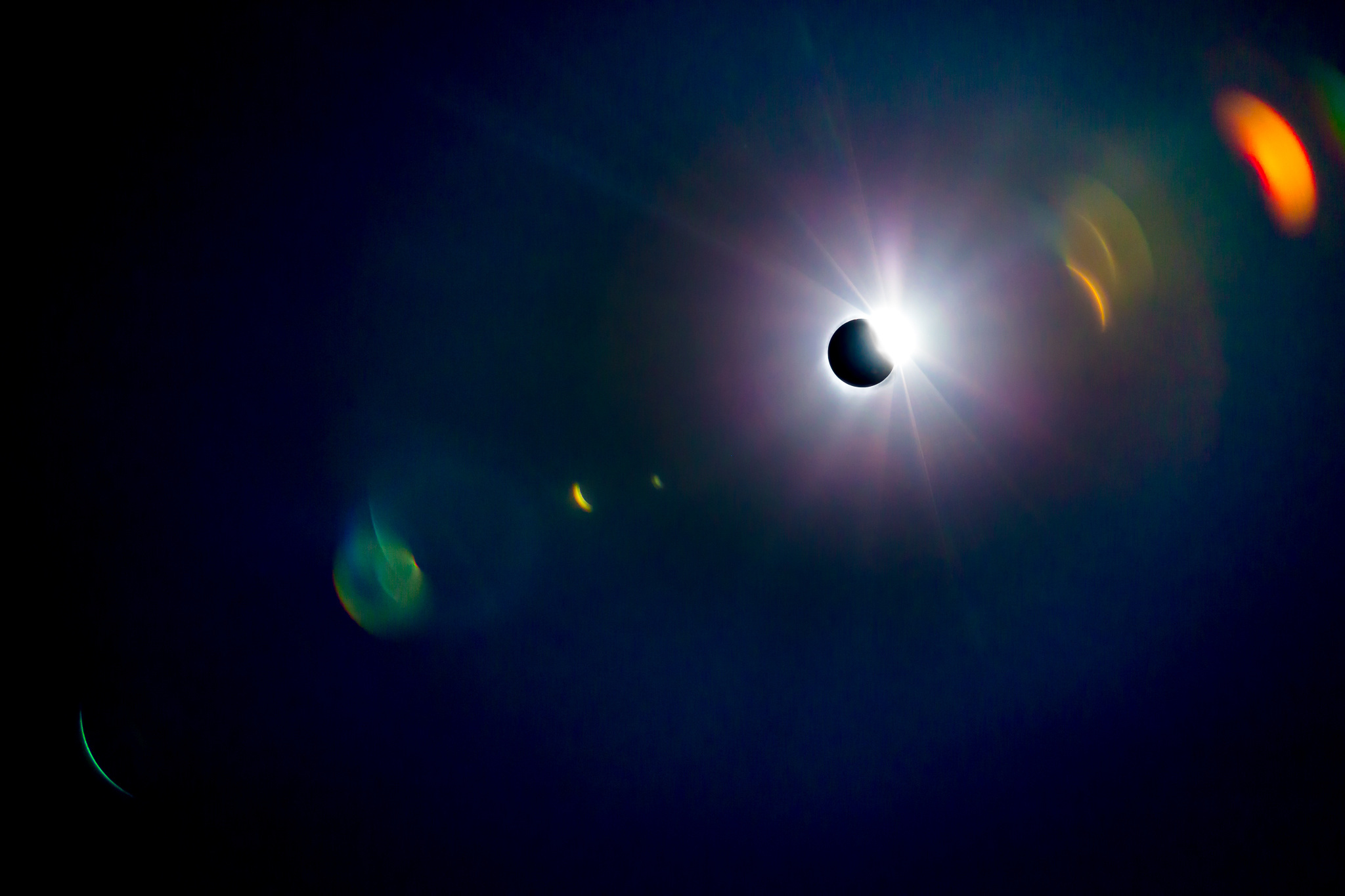 Yes there was music, yes there was art, yes there were workshops, and yes there were all of the other quintessential aspects that define a transformational festival. But the biggest headliner of the Global Eclipse Gathering was the moment the sun, moon and earth came together and the impact it had upon those who witnessed it. It was the first festival of its kind in the United States in 38 years and it was legendary. Luckily, those who missed it don’t have to wait another 38 years as the next North American total eclipse will be in 2024. See you there.