It isn’t often that weather stops New Orleans from partying, but the relentless rain over Halloween weekend cancelled the final day of Voodoo Experience , inundating the City Park festival grounds with giant puddles of muddy water that, in some areas, that were shin deep. Weather aside, there were plenty of silver linings over the weekend. Check out the best musical – and non musical – moments of this year's fest. 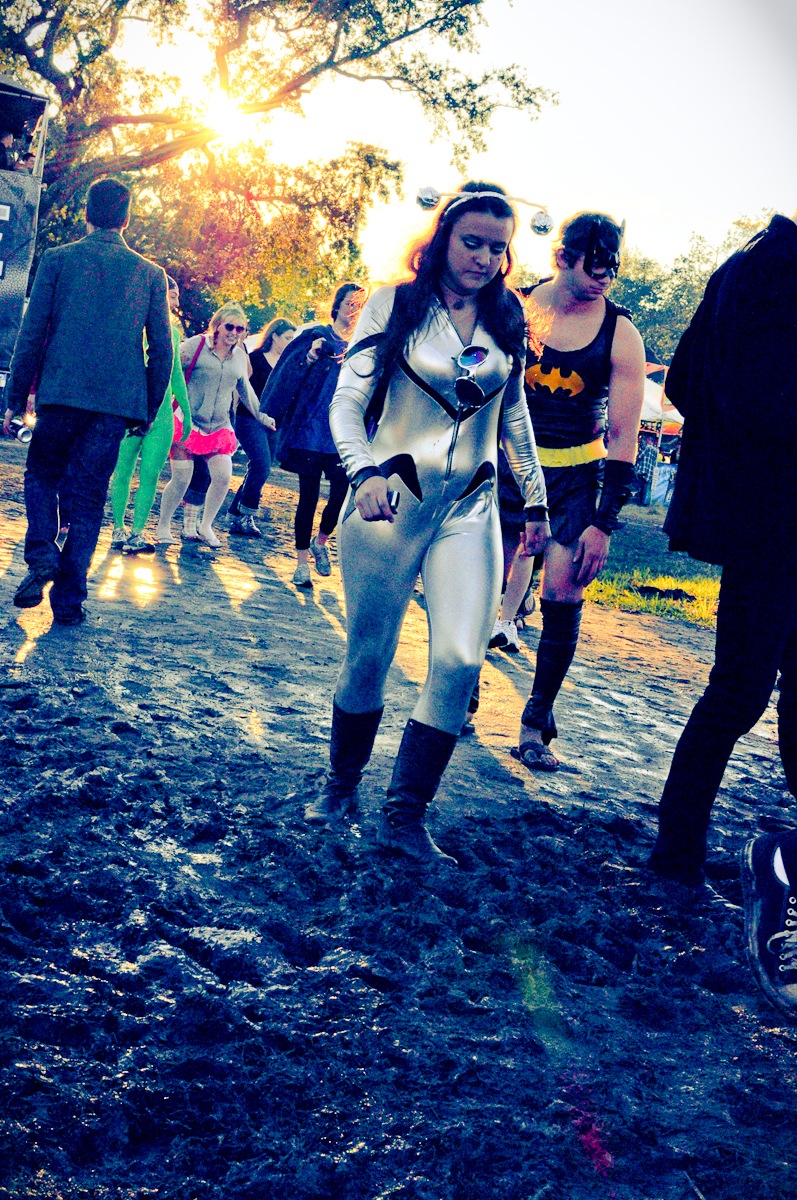 Costumes came out in droves, from the sad attempts of sexy animals to the more creative Wacky Inflatable Flailing Arm Tube Guy to well-planned group costumes like creepy clowns, Teenage Mutant Ninja Turtles, and my personal favorite, a group of colorful Lisa Frank characters. Then there were the locally themed costumes like beignets, voodoo dolls, and bottles of Louisiana hot sauce.

When my stomach began to growl, I surveyed the crowd to see what looked best before ordering food. Should I stick to a simple crawfish bread or bowl of seafood gumbo? One attendee swore by Yakiniku Po' boy, a Japanese take on New Orleans’ traditional sandwich. Local vendor Ajun Cajun Ninja sold its version like hot cakes; the sandwich was a French roll filled with sliced steak and topped with carrot and zucchini spears. For just $8, it was a festival favorite.

Go with the Flo

Florence is a bonafide, red-headed muse. Dressed in a hot pink pantsuit, barefooted and face painted, she twirled and frolicked around the stage, impressing everyone with her energy. She encouraged the crowd to sing as her choir during “Shake It Out” and for everyone to get high – figuratively, on top of shoulders – during the performance of the track “How Big, How Blue, How Beautiful.”

The Calm Before the Storm

Friday proved to be the best day out of the festival weekend, with good weather, dry grounds, and a solid lineup. I spent a majority of the day relocating hourly to catch good acts, bouncing back and forth between the Altar and Le Plur stages to see Salva, Metric, Alesso, Modest Mouse, Jack Ü, and Florence + The Machine.

Off the Rails on a Crazy Train

A continuous drizzle fell during Ozzy’s 90-minute set on Saturday night, which left thousands of fans soaked. But even at 66-years old, the Prince of Darkness still knows how to throw down a killer performance, thanks in part to his pals on stage: Black Sabbath's Geezer Butler, Tom Morello, and Slash. Already wet from the rain, Ozzy poured a bucket of water on his head towards the beginning of his set. The crowd echoed the lyrics to every song, including “Bark at the Moon,” “Iron Man,” and the “Crazy Train” finale, followed by two encores.

Good Vibes Against All Odds

Saturday was a wet mess, but many festival goers weren’t bothered by the weather. Attendees were armed with umbrellas, rain boots, and ponchos. Others just accepted the downpour without any rain gear. During Santigold’s set, I witnessed fans jumping around, some completely covered in mud.

The decision to cancel today was based on the safety of the Tribe - fans, artists, staff, vendors, and all involved. More info: http://www.worshipthemusic.com

Keeping the fans’ safety a top priority, Live Nation announced the Sunday’s cancellation on the Voodoo Facebook event page just before the gates were expected to open. Although the festival is a rain or shine event, management plans to refund ticket holders a third of three-day festival pass prices due to Sunday’s poor weather conditions. Single-day ticket holders for November 1 will receive a full refund. Props to Voodoo for looking out for its fans and handling the cancellation with grace.

Because Jack Ü and Girl Talk’s sets overlapped with Florence's, walking up to the front and center was easy. I arrived only 15 minutes before Florence was set to perform and managed to snag a close spot in the middle of the crowd. In fact nearly ever set I went to I could slide my way to the front.

When Life Gives You Lemons… 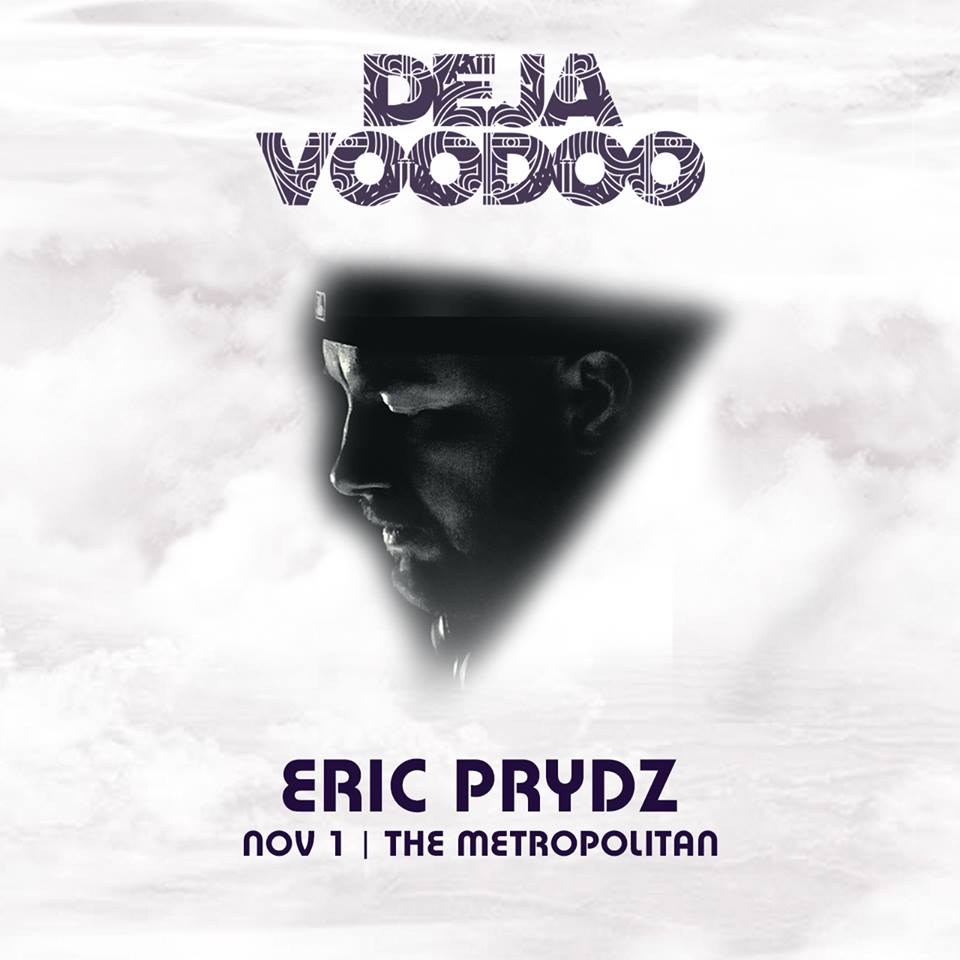 All wasn’t lost due to the inclement weather. Though City Park shut down, other venues around the city welcomed artists to perform last minute, including a super jam at 30-90 on Frenchmen Street that featured Erykah Badu and members of Slightly Stoopid, Dumpstaphunk, Lettuce, Fishbone, Living Colour, and more. Other impromptu gigs included Eric Prydz at the Metropolitan and July Talk and Ludlow Thieves at the House of Blues.