What Was Hot At Telluride This Year? 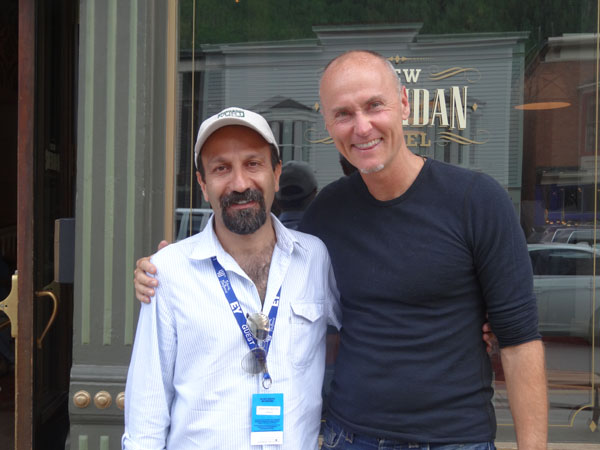 I gave a “10″ in 2011 to “A Separation” that went on to win the Best Foreign Film Oscar; here I am with Director Asghar Farhadi who gave us “The Past” this year

The buzz out of many acclaimed film festivals isn’t, “What was hot?” but “Who was hot?” The red carpets, the insider’s parties, the paparazzi…Cannes, Toronto, Sundance, Berlin…these festivals grease the wheels of industry that fuel Hollywood and Bollywood. But, the cinephile-friendly Telluride Film Festival feels purer and also better at predicting what’s going to be hot in theaters next year. In fact, the last three Best Picture winners at the Oscars had their North American debuts at Telluride.

In my next blog post, I’ll tell you why I think Telluride is the best film festival in the world, but – for now – let me recount the nine films I saw during the 60 hours I was in Telluride. I’ve listed them in order of best to worst and given then a 1-10 score. Unlike many festivals I’ve been to, there wasn’t a clunker in the bunch, nor was there a 10.

1. “The Lunchbox” (on a 1-10, I give it a 9) This one hit me in the heart because I love Indian culture. I had a timeless, soulful affair in Mumbai this year, and I was enchanted by the storytelling of two people (one twice the age of the other) who fall in love through notes they’ve written to each other when a lunchbox gets misplaced. Charming, beguiling, and culturally-fascinating. See it on the big screen.

2. “Nebraska” (8.5). Bruce Dern will win a Best Actor Oscar and his wife in the film, June Squibb, should win as Best Supporting Actress and get her own network comedy sitcom. Alexander Payne’s very Fargo-like film may feel like a family documentary for some, as dysfunction is the middle name of this middle American family. Worth seeing on the big screen to soak in the stunning cinematography of the plains.

3. “Labor Day” (8.5). The most jaded film lovers at Telluride thought this film about an unsure single mother who falls in love with a captivating escaped prisoner was unbelievable and a little too sweet. But I found Kate Winslet mesmerizing, and Josh Brolin sizzling, in this very unusual love story. It’s a fascinating fable and Kate’s onscreen son, Gattlin Griffith, has the most emotive eyes on a teenager you’ll ever see. Fine to wait for video.

4. “12 Years a Slave” (8.5). Director Steve McQueen knows how to shock (“Shame” was a Telluride favorite two years ago about a man with a sexual addiction), but he does it in convincing and poignant ways. This unflinching film is about a free black man (Chiwetel Ejiofor who will be nominated for Best Actor) from the north who gets kidnapped and finds himself a slave in the south. Brutal, but beautiful, and a story that needs to be told. See it on the big screen as it’s worth feeling the contagious emotions of the crowd in the theater.

5. “The Past” (8). As I mentioned earlier, “A Separation” is one of my favorite movies of all time as Farhadi knows how to create a complex morality play that will have you debating with your film friends for weeks. This story of Iranians in France was one of the festival favorites but I didn’t find the characters as compelling. Plus, this is a classic case of “Disappointment = Expectations – Reality” as there was lots of Telluride buzz about the film due to Farhadi’s last film. Fine seeing this on video.

6. “Tim’s Vermeer” (7.5). If you love obsessive, geeky inventors, and are fascinated by where art and technology come together, you’ll be entranced by this documentary of how a man who doesn’t know how to paint discovered how a great European painter from 350 years ago created such remarkable art using simple technology. I had the good fortune to share a charter plane with the title character and his wife from Telluride to Denver. Still, this crowd favorite didn’t win me over completely, partly because I didn’t fall for Tim. See it on video. 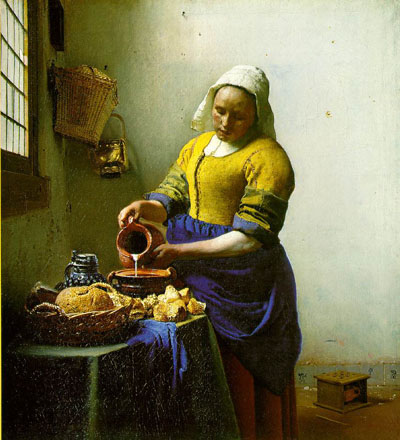 7. “All is Lost” (7.5). Grueling depiction of a lone sailor’s last 8 days in the Indian Ocean, battling all nature can throw at him. Stunning cinematography and probably Robert Redford’s best film as an actor. Some didn’t love it because there’s only one actor, you don’t know much about him, and no more than about ten words are spoken in the whole film. But, once you realize that Redford is creating a nuanced relationship with his boat, with his life raft, with the wind, and with a higher power – which might just be nature – you realize that this is quite an ensemble of characters. Definitely see it on the big screen.

8. “Tracks” (7.5). Similar tale to “All is Lost,” but in the Australian desert, this is the story of a woman’s 1,700 mile trek alone with 4 camels. A perfect film for anyone dreaming about a digital detox. Probably the biggest visual feast at Telluride so see it on a big screen.

9. “Before the Winter Chill” (7). Good but not great thriller full of French relationship angst. Kristin Scott Thomas is ravishing and classy while the new Moroccan actress Leila Bekhti is a revelation. And, Daniel Auteuil, one of France’s best actors, is a haunted soul. Fine to see it on video, but only if you like French films. 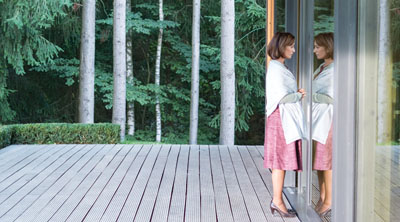 Kristin Scott Thomas in “Before The Winter Chill”

The other blockbusters coming out of Telluride include “Prisoners” and “Gravity.” If you like documentaries, keep an eye out for “Slow Food Story” and “The Unknown Known.” And, if you love a four-hour epic that’s appearing on European HBO, find a way to see the Czech WWII film “Burning Bush.” Be careful of “Under the Skin” and “Palo Alto,” two of the films that had more detractors than evangelists.

The Telluride atmosphere, at nearly 9,000 feet above sea level, is both rarefied and democratic at the same time. Sitting in a screening, you know you’re surrounded by your brethren who have great tastes in film and are willing to sit through four films a day along with a symposium or panel in between. Don’t go to Telluride expecting to mountain bike or hang out in the spa. The action is in the movie theater and the conversation is in the theater queue.