Why Haven’t Music Festivals in California Embraced Cannabis at Their Events Yet?

Cannabis and music festivals go together like peanut butter and jelly. Actually, come to think of it, cannabis goes pretty well with just about anything. (Other than driving or use by kids with growing brains, of course.) So when California legalized marijuana this year, I know a lot of festival-goers had visions of finally being able to openly enjoy cannabis while listening to their favorite music without fear of legal issues.

Although California has some very good cannabis-focused festivals (many of which we featured here), Coachella and other California music festivals haven’t exactly rushed to establish their own “cannabis gardens” at their events. In fact, when it was explicitly announced that, yes, weed is still illegal even at Coachella in 2018, many festies were surprised. What gives?

Last week, I attended FestForums’ seminar “Weeding Out What Works” in San Francisco. Legal experts, cannabis activists, festival promoters and cannabis brands all gathered there to discuss the future of cannabis at festivals in California. (Side note: State law apparently requires any cannabis legal lecture to have a marijuana pun in its title.)

Many of the speakers mentioned the following sticking points as to why cannabis still isn’t as accepted as alcohol at music events in California.

Public consumption of cannabis remains illegal in California. However, California law currently allows promoters who hold a “Cannabis Event Organizer License” (clearly, the coolest government license California has ever issued) to apply for a “Temporary Cannabis Event” permit. These temporary permits allow cannabis usage at any event for up to four days – coincidentally, the perfect length for the average music festival.

However, to obtain a temporary permit like this, a “Cannabis Event Organizer” needs to secure written approval from the local jurisdiction authorizing on-site cannabis sales and consumption. Several promoters at the forum expressed frustration with the reluctance of local authorities and local law enforcement to give this type of written approval. 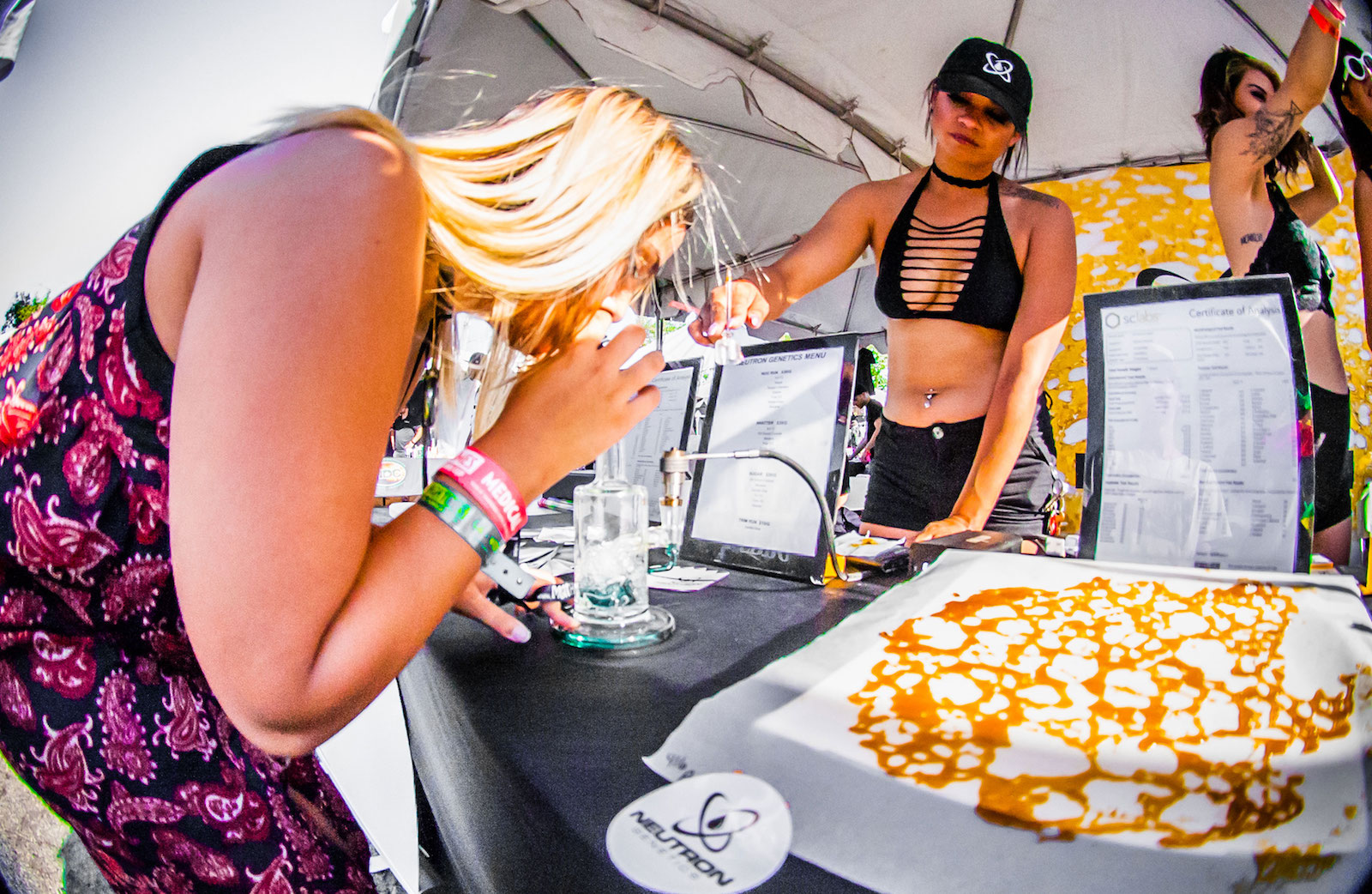 California law also places further restriction on the locations where promoters can hold these type of “Temporary Cannabis Events.”
You can currently only ask for a temporary cannabis usage permit at “county fairgrounds or district agricultural association events.” That’s why most of the major cannabis events you hear about in California (like Emerald Cup and Chalice California) are held at county fairgrounds.

Some festivals (for example, Northern Nights Music Festival) avoid this restriction by having what is called a “Prop 215” garden. They limit cannabis usage to medical marijuana patients in a designated area. But this is the last year that such “Prop 215” gardens from prior years will be allowed.

Multiple speakers expressed the need to fix this problem. AB 2020 is a bill currently moving through California’s legislature which would lift these restrictions on the location of cannabis events. Any festival could then obtain a temporary permit to allow 21-year-olds and older adult usage of cannabis at their venue.

Photo by: Roger Ho for Coachella

Law Enforcement continues to view music events that involve cannabis usage with suspicion and lots of “public safety” concerns. Given that alcohol is so freely used at most festivals, this seems like madness.

Let me give you an example. Coachella is usually excellent at crowd management. But I remember that in 2012 so many people in the crowd left at the end of the Snoop Dogg and Dr. Dre performance at the same time that a large bottleneck formed. There was that weird, scary moment you get in large crowds sometimes where you wonder, “Is everyone about to panic?”

Instead, people around me just started talking to one another and saying, “Everyone just chill. It will clear up in a minute,” and laughing and sharing joints and talking. I remember thinking afterwards, “Thank God that didn’t happen in a crowd of drunken idiots.”

Think about it. What’s safer? A crowd of cannabis users at a music festival or a crowd leaving a NFL game after a day of drinking alcohol? 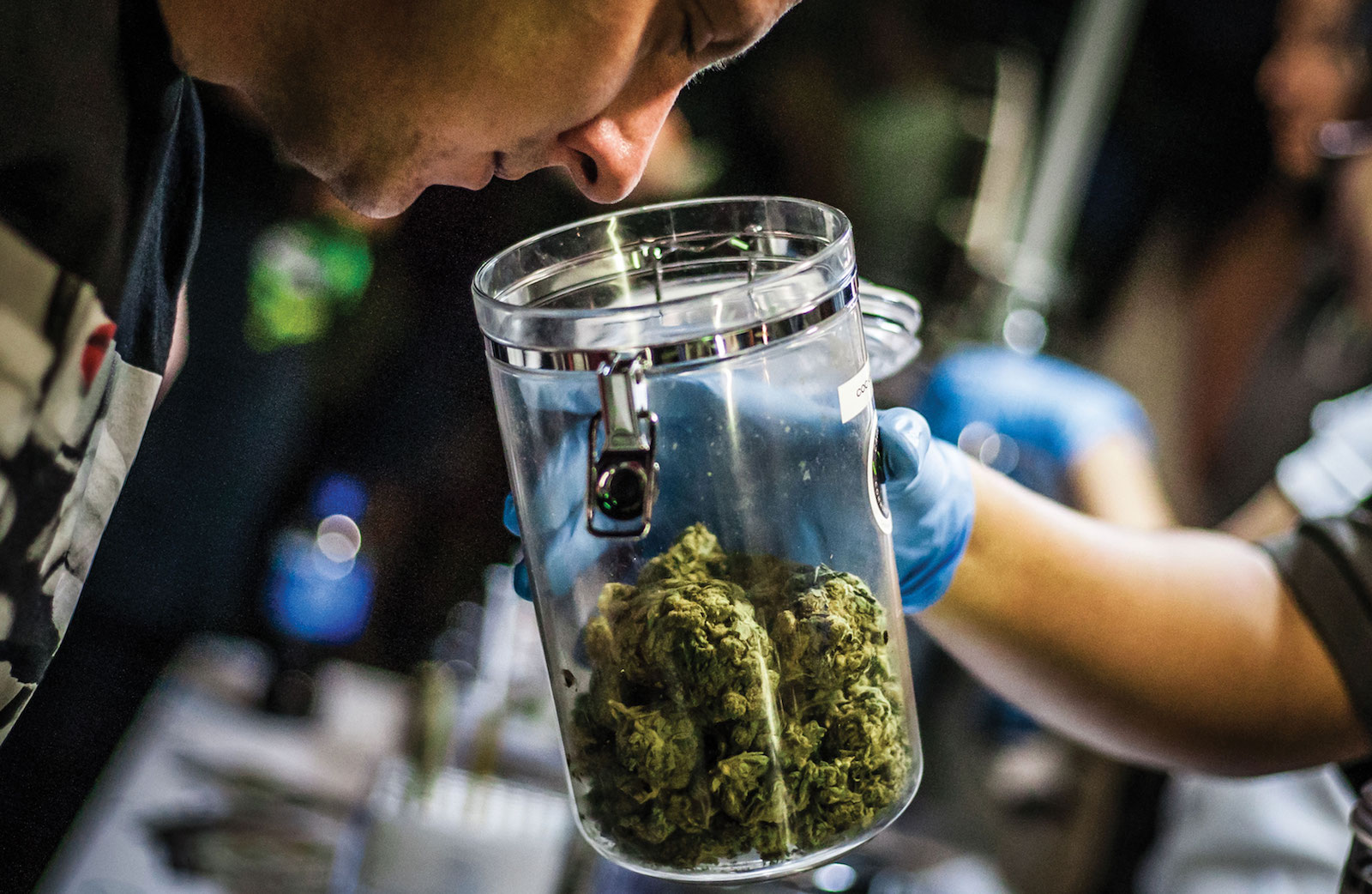 In the first week of January 2018, Attorney General Jeff Sessions issued a memorandum rescinding prior U.S. Department of Justice guidance on the federal prosecution of marijuana offenses. Since cannabis is federally illegal, this action left cannabis in a legal grey area.

This legal uncertainty leaves insurance companies nervous about providing coverage for events involving cannabis. It also leaves promoters reluctant to be the first to jump into holding these types of festivals.

Probably the most common theme of the forum was the importance of festival-goers helping to overcome the stigma against cannabis users. This social prejudice is probably the biggest reason for the slow adoption of adult use marijuana at festivals.

Festival-goers can help break this stigma by asking their favorite festivals to allow cannabis usage and by “outing” themselves as responsible cannabis users on social media.

Perhaps, most importantly, festival-goers need to support legislation that allows for greater cannabis usage at future fests. AB 2020, mentioned above, would greatly increase the ability of promoters to ask for temporary cannabis usage at their events. You can sign a petition to support passage of this bill here.

AB 2641 is a similar bill that expands the locations where temporary cannabis events can be held. In addition, AB 2641 would also authorize the Bureau of Cannabis Control to issue “Temporary Cannabis Retailer” licenses to already licensed cannabis cultivators and manufacturers. This would allow true, “Farmer’s Market”-type cannabis events to be held.

Both of these bills deserve every festival-goer’s support.

Cameron Bowman is a cannabis and criminal defense lawyer in the Bay Area. Bowman also writes an advice column for festival-goers called, “Ask The Festival Lawyer.” Email him your questions at cameron@bowmancannabislaw.com.