Why Some Say Infrasound is the Midwest's Best Music Festival

In a parakeet-green meadow that twinkled with an ever-present layer of dew, a velvety white fog crawled across the land. As the trees of the surrounding forest were swallowed by the thick cloud, the elastic sounds of bass rumbled through the mist in seismic waves. Carefree festival-goers grooved on a muddy dance floor that looked more like a hungry tar pit trying to devour its victim’s shoes. When the sun set, dazzling beams of multicolored lights illuminated the fog and a fine drizzle sparkled like glitter upon happily dancing attendees. This is just one dreamy anecdote from Wisconsin’s annual Infrasound Music Festival.

The West Coast is saturated with music festivals but as you start to head east, they become few and far between. Electric Forest has long been the crown jewel of the Midwestern festival scene but now in its sixth year, Infrasound has become a strong contender for the best fest in the Midwest. This superlative is subjective, of course, but the diehard Infrasound devotees — who call themselves the Infra Fam — have no doubt in their hearts that Infrasound is the finest festival of the Midwest. 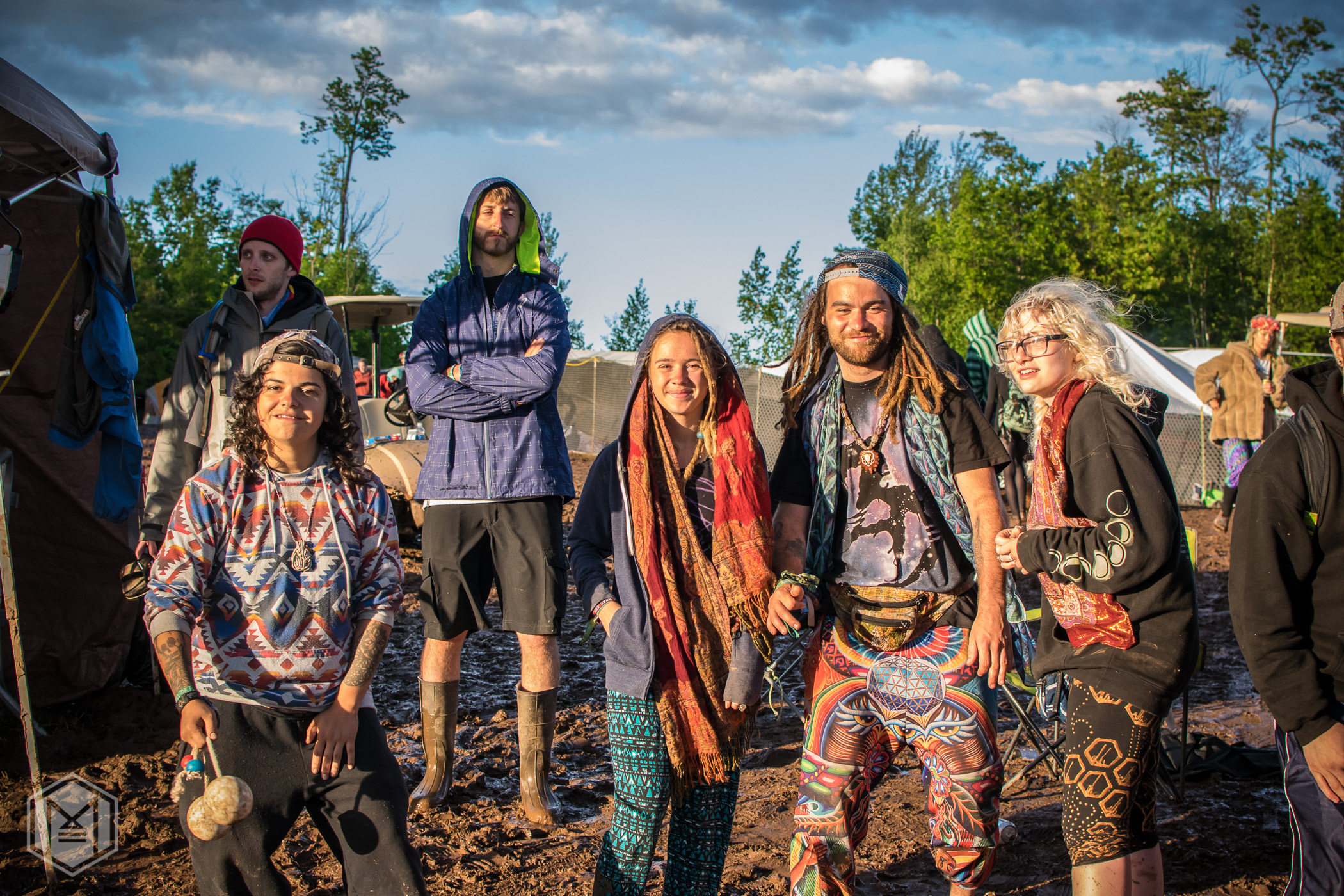 “I love Infrasound because of the intimacy of the musical artists, other campers, and the grounds,” says Christina Johnson, a Minneapolis resident and three-year Infrasound attendee. “I prefer Infrasound over other festivals because although it is small, there is lot of space to roam around and fun, hidden secrets to uncover.”

Taking place in a deciduous forest that looks like it was plucked right out of a Tolkien tale, Infrasound rests upon a sprawling disc golf course in Highbridge, Wisconsin, about 45 minutes south of Ashland on Lake Superior. After a tempestuous first year at this location in 2016 due to gale-force winds, hail, rain, thunder, lightning, and of course, an endless supply of mud, the event was dubbed “Infraswamp” by patrons. This year, the event’s organizers changed the weekend from June to July as well as invested in some permanent infrastructure with the hopes of either avoiding the rain altogether (despite the unpredictable weather of a lake region) or being more prepared if it decides to make an appearance. 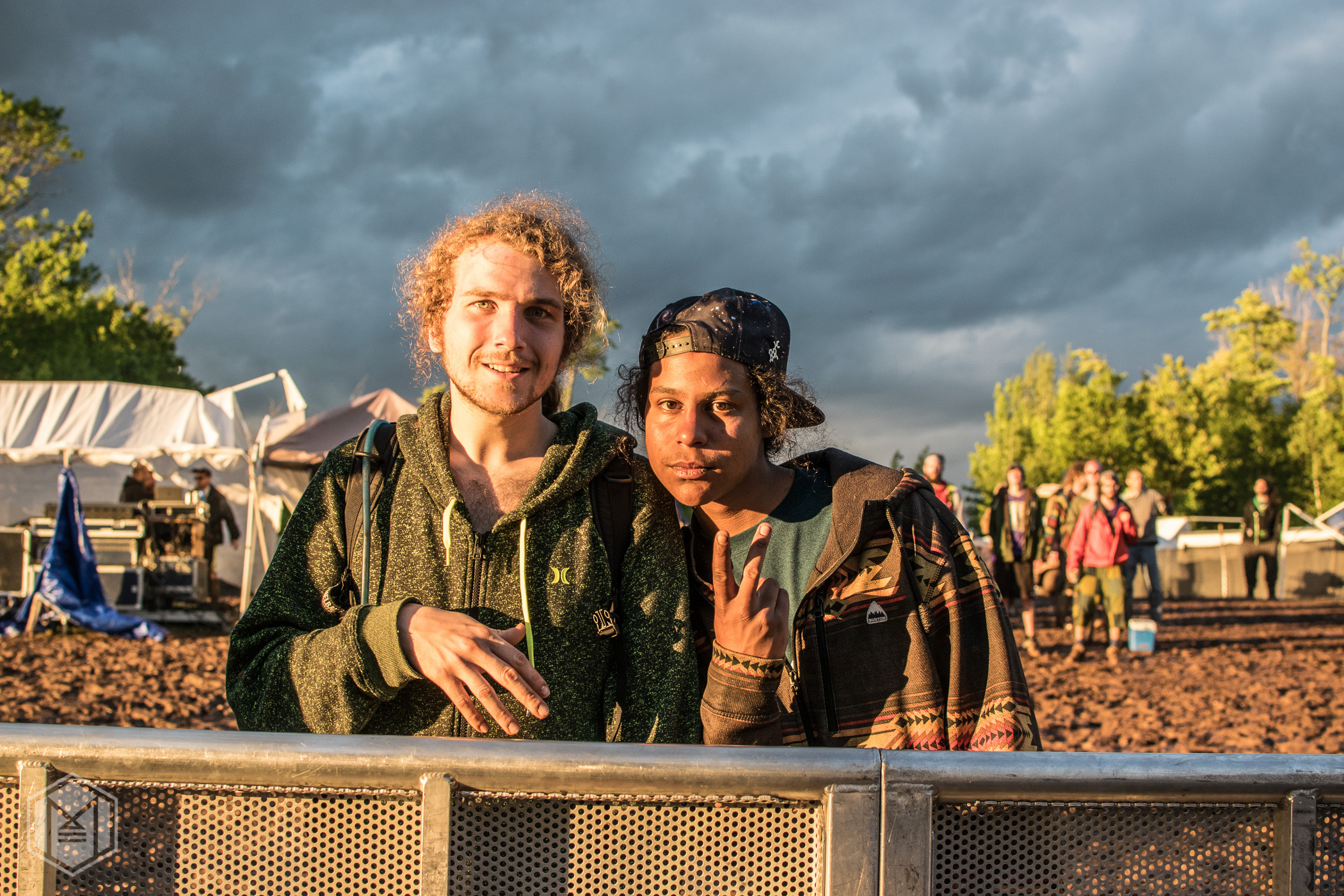 “Once the music started, all of my worries of mud or rain or anything of the sort just vanished,” describes Oklahoma City-bred Haley Ashley, whose first Infrasound was last year. “It taught me to just go with the flow, and in meeting all of the dedicated ‘Infraswampers,’ I was inspired to take the bogs of mud and make the best that I could with them. As someone who had recently felt unfulfilled with these bigger, more mainstream festivals, Infrasound was a breath of fresh air.”

There are many aspects that make Infrasound arguably the best fest in the Midwest. The enchanting, verdant location — which even had a visit from the aurora borealis last year — is one. The organizer’s dedication to pristine sound quality, courtesy of Funktion One , is another. However, among several other things, it is the tight-knit community and musical lineup that are what truly define this festival. 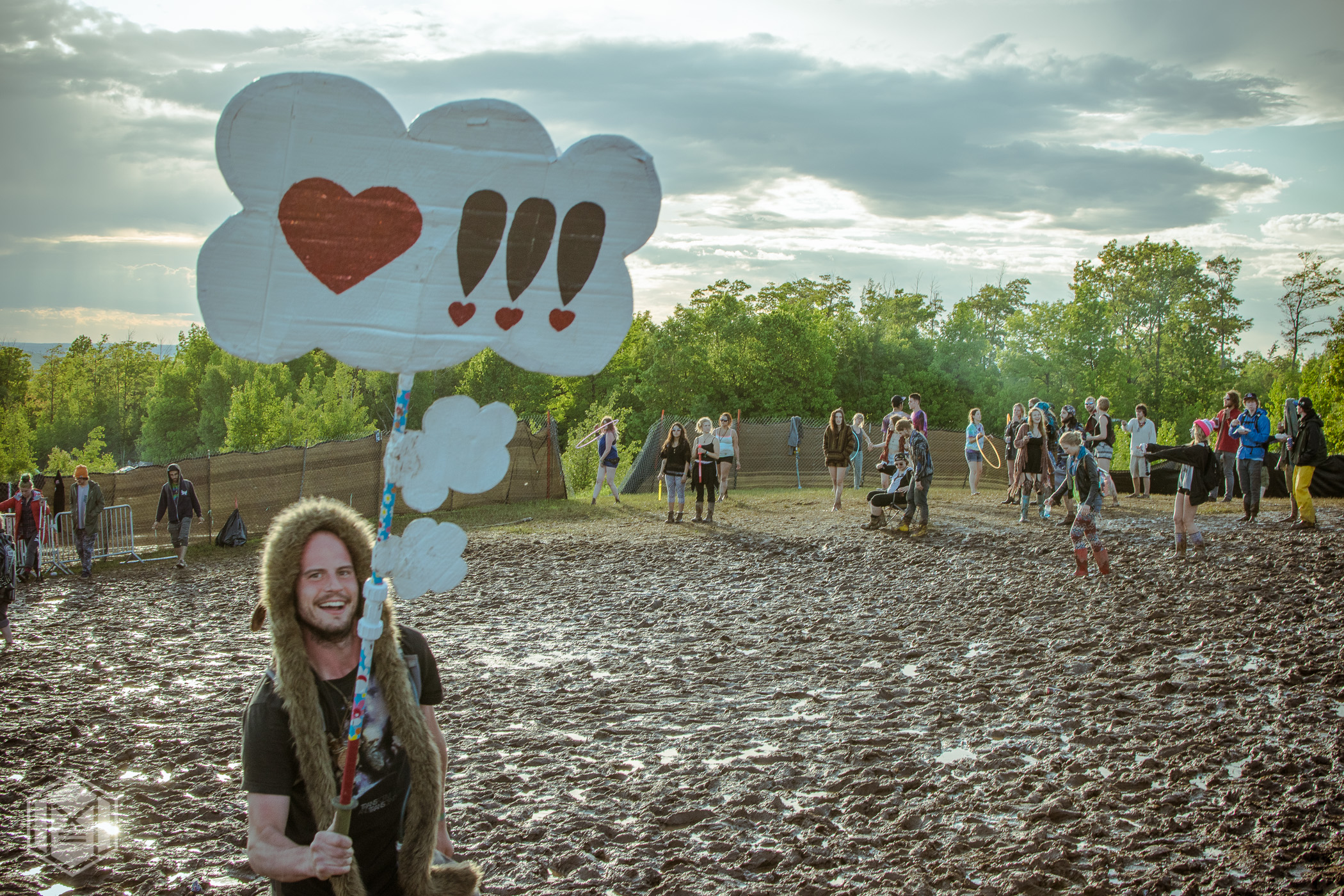 “Last year was my first Infraswamp — intimate and small, the landscape picturesque,” says Wisconsinite Bret Statezny. “Such an unbelievable lineup, so much intention from every single person on the grounds, so much music to discover plus your favorites, and man, I've never seen people get down so hard in sideways rain.”

The Infrasound vibe is unlike that of any other music festival. It is stripped down of the sparkle and shine that the West Coast festival culture is known for, attracting an extremely down-to-earth crowd who all possess that pure, incomparable niceness unique to the Midwest. While Infrasound is still populated by the usual festival suspects — the crunchy hippies, the wooks, the sparkle ponies, the speaker worshippers, the heady dreadies, the trippers, the party animals, the space cadets — the bigger picture is much less polished than the larger festivals, and I mean that as a point of endearment. In other words, attendees are much more focused on the music and the experience than on how their ensembles will look on Instagram (not that there’s anything wrong with that). 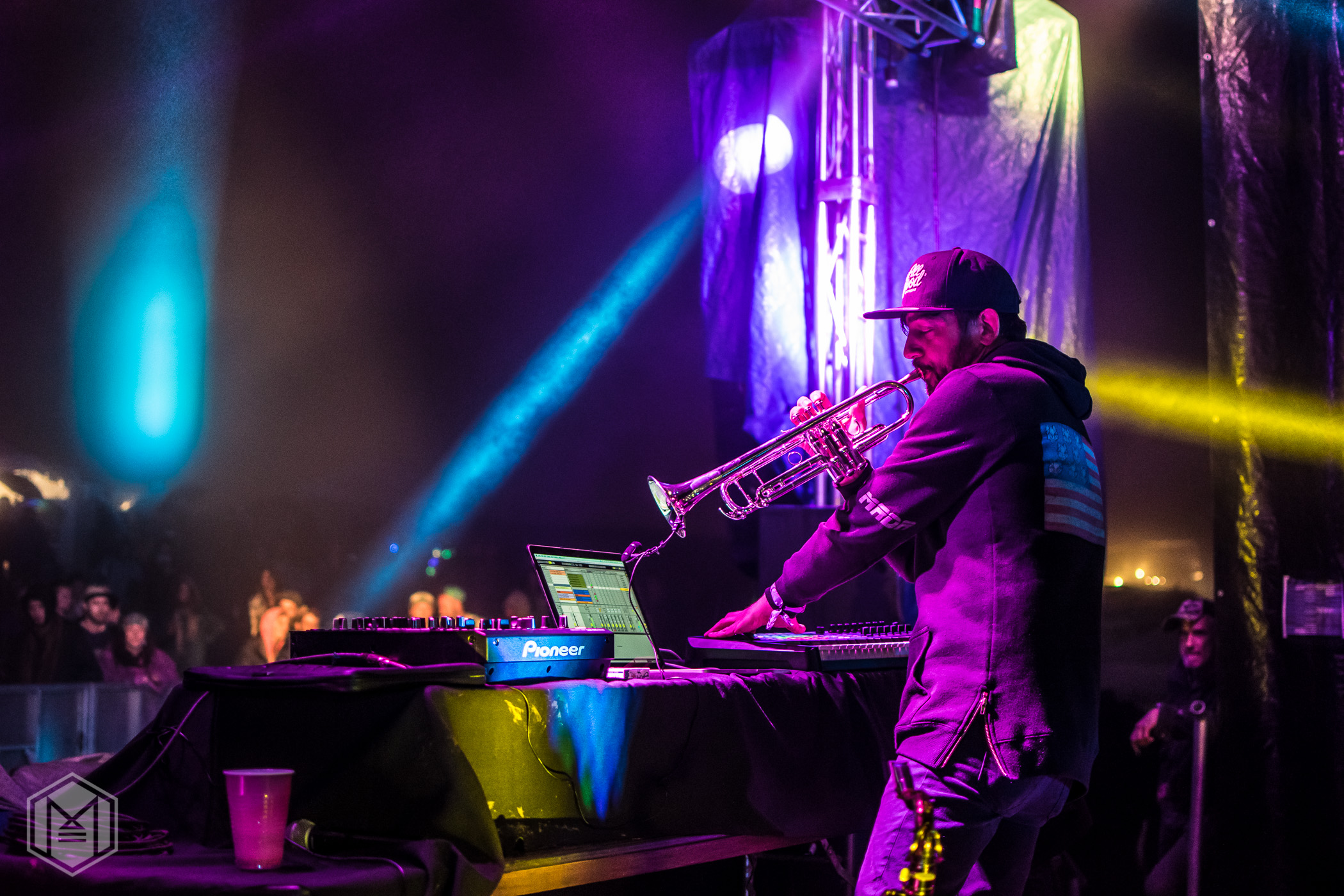 “I never felt like festivals were really my vibe,” says Bill Day, aka Mr. Bill, who has graced the Infrasound lineup on more than one occasion. “Infrasound definitely was my vibe—it’s a little less hippie-ish and all about the music. It’s one of my favorites to play and go to.”

While the tight-knit community is what influences the atmosphere, it is the festival’s organizers (namely David Liberman, and Alex Toffler) who curate the sound. Year after year, Infrasound drops a maddening lineup of underground electronic music icons. Bass music pioneer and all-around legend Dave Tipper will headline his fifth Infrasound in 2017, playing a nighttime set and a sunrise set for deifying fans. Other big names include Edit, Caspa, Desert Dwellers and Thriftworks, who are only a few among a loaded lineup of musical badasses. It is Infrasound’s absolute devotion to providing the best in underground festival music out of one of the best speaker systems in the world that keep the Infra Fam waiting with bated breath, year after year, for that time of communal musical bliss — rain, mud or shine. 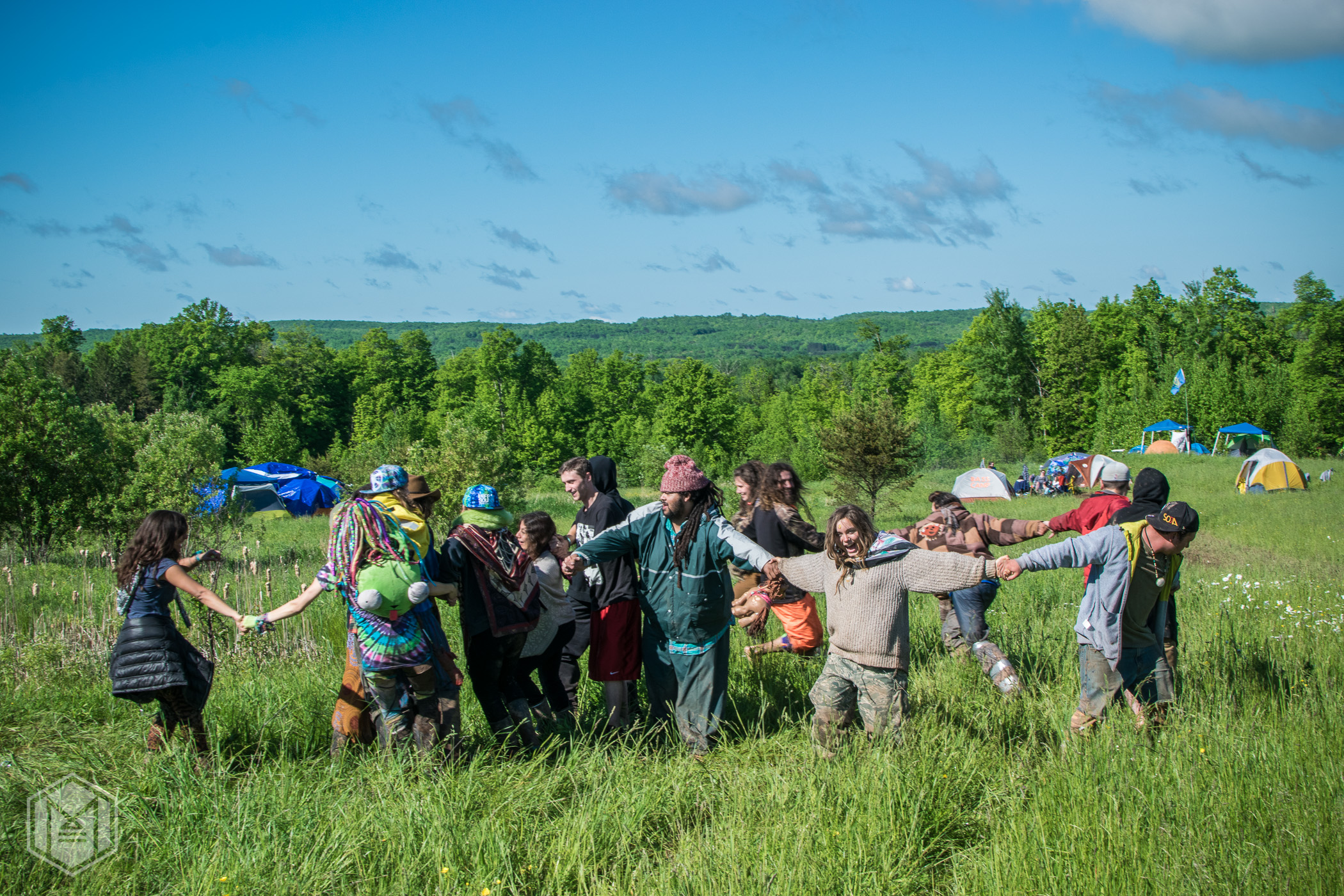 “I went two years in a row—2014 and 2015 [and] I love the fine detail to sound Infrasound provides,” says Harley Blumenthal whose producer and DJ moniker is Kompozart. “The extremely stacked lineup of all the greatest producers and DJs makes Infrasound stand out from the rest.”