Why We Need Rumi More Than Ever 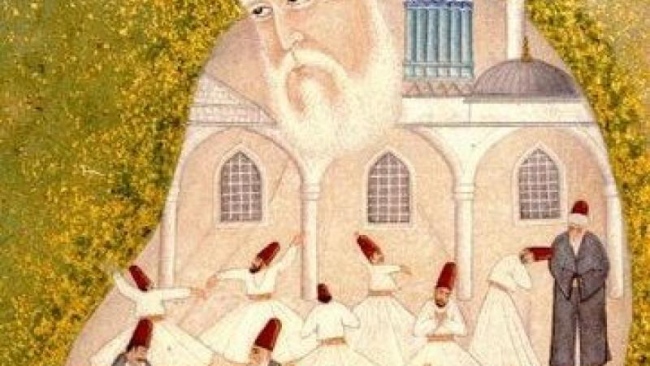 Kabir Helminski suggests, “Somehow, Rumi has given voice to an unconscious yearning in the Western psyche.” In his superb book “The Rumi Collection,” Helminski outlines three reasons why he believes Rumi strikes such a chord:

1. He is perceived as a universal voice calling to us from beyond the concerns of conventional religiosity and limiting beliefs. In a world in which religion has separated us and led to much warfare, Rumi offers the hope that there are foundational elements of what’s common in our humanity, no matter what our religion.
2. In his poetry, Rumi leaves the boundary between the Divine and human love as ambiguous. In fact, he suggests that one of the means of devotion to the Divine is by dedicating yourself to love – both for your romantic partner and for your neighbor.
3. Rumi offers a life of ecstasy in a world bloated with an excess of artificial ecstasy. We’re long on addictive distractions in our culture, yet we long for a natural form of intoxication.

Helminski also says, “While we made Rumi popular in the Western world during the late 20th century, it is also possible that we have recreated him in the likeness of what we can imagine and easily understand: a spiritual rebel, a supremely independent explorer of consciousness, faithful mostly to his own ecstatic vision.”

For me, this Sufi pilgrimage to Rumi’s burial ground to experience the Whirling Dervishes in their homeland has been a revelation. It has once again reminded me that being grateful is more enduring than being great. I would love to close on this note with a lesser-known Rumi poem from the 13th century that could be our 21st century anthem:

People are distracted by objects of desire,
and afterward repent of the lust they’ve indulged,
because they have indulged with a phantom
and are left even farther from Reality than before.
Your desire for the illusory could be a wing,
by means of which a seeker might ascend to Reality.
When you have indulged a lust, your wing drops off;
you become lame, abandoned by the fantasy.
Preserve the wing and don’t indulge such lust,
so that the wing of desire may bear you to Paradise.
People fancy they are enjoying themselves,
but they are really tearing out their wings
for the sake of an illusion.