Why We Need Transformational Festival Culture

Humans have come far from the days of ancient harvest celebrations and Greco-Roman festivals. Woodstock, which was hailed as “An Aquarian Exposition," and where amenities included groundbreaking music and a ton of mud, helped transform music and festival culture forever (along with Altamont and the Newport Folk Festival ) by providing a unified gathering place as a catalyst for finding our humanity.

Fast forward to the late '80s and early '90s, which saw the dawn of electronic music and brought with it rave culture; that meant parties in the desert, warehouse underground parties and the sense of a new awakening. People who had long sought sacred and ritualistic musical experiences in group settings – akin to the Goa trance parties raging in India at the time – finally found it in electronic music.

The 2011 documentary film Electronic Awakening explores the spiritual side of electronic dance music culture and compares modern raves to traditional shamanism – namely the transformative powers of ecstatic trance dance experiences. The all-encompassing power of this new music and culture spawned outdoor gatherings, which grew into multiple-day festivals and continues to evolve independently and globally today. 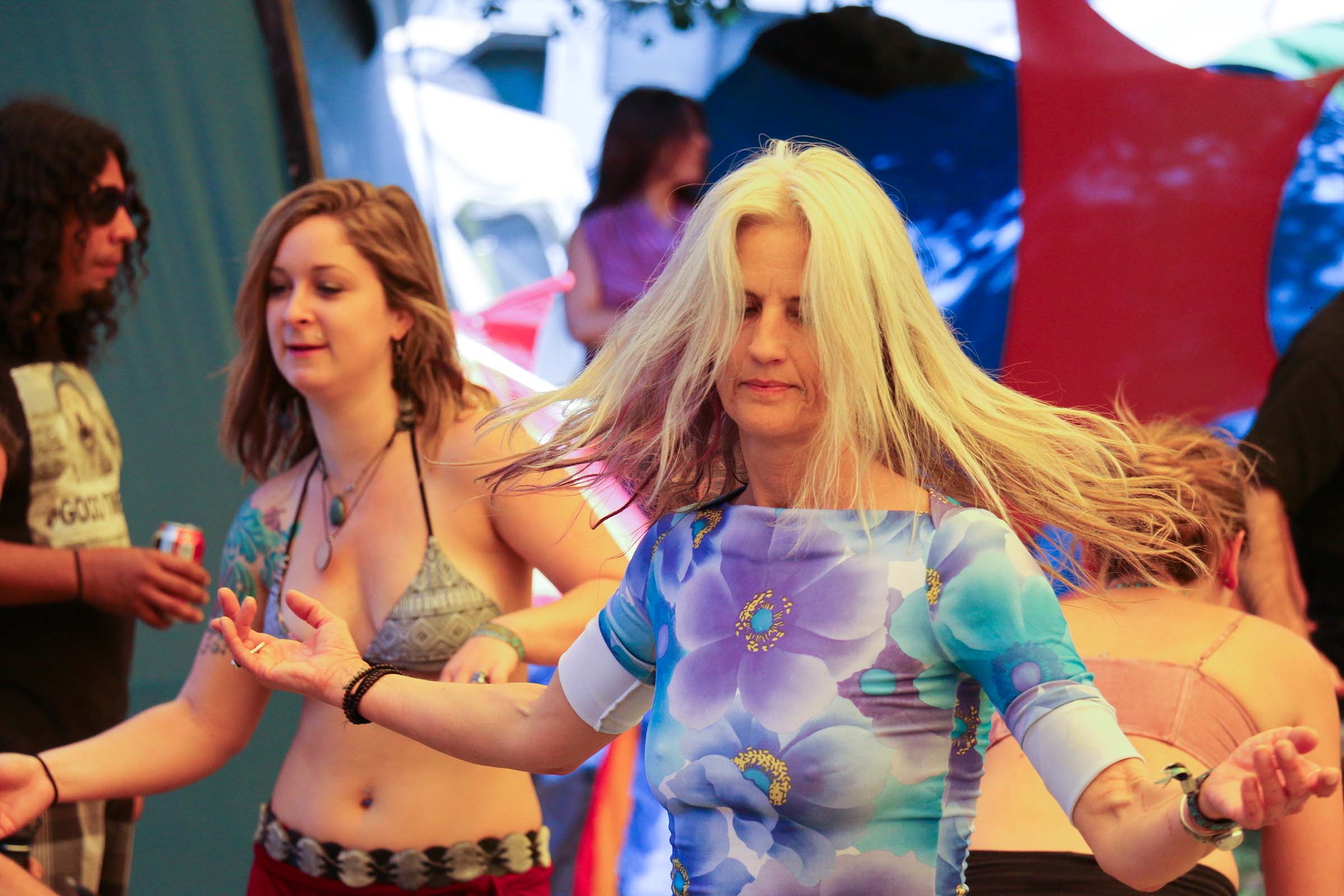 But the worldwide spread of EDM and its culture also created backlash; eventually, intense commercialization of the once-underground genre of EDM, alongside new, massive EDM concerts exploding throughout the U.S. such as Electric Daisy Carnival and Ultra Music Festival pushed disillusioned fans on a renewed search for more intimate, connective gatherings. These new transformational festivals emphasized community, profound moments of connection, permaculture, land stewardship, healing, holistic life practices and views. Instead of $5 water bottles, transformational festivals encourage “elevating the Leave No Trace philosophy, ...to ‘Leave it Better’ than when we arrived,” as written on Lucidity’s website – a transformational festival now going strong in its 4th year.

Lucidity has created a fully immersive world within its compound and encourages its attendees to participate in healing, yoga, workshops on topics like connecting to indigenous culture, sound healing, flow arts, and permaculture, to name a few – all of which are imbued with a sense of creating a new and regenerative model for human existence. 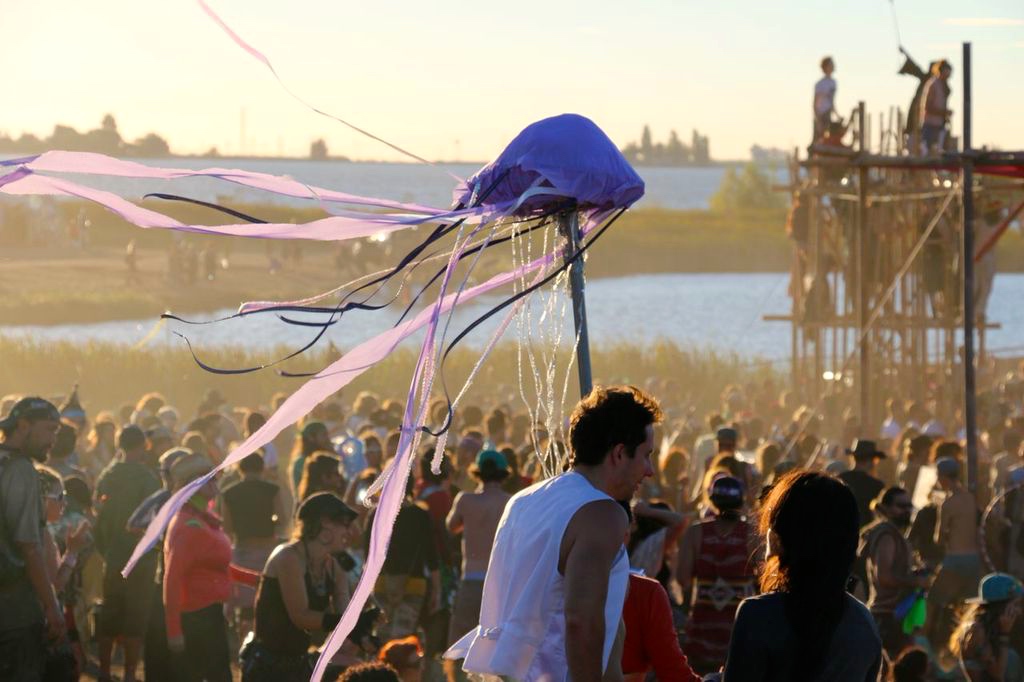 At a time of global crisis, these festivals, immersive and participatory at their cores, offer a new narrative: “A new blooming of human consciousness emerging through creativity, love and joy and an emerging culture pointing the way to a bright and promising future,” as The Bloom Series describes it, can be found at transformational fests. The Bloom Series is a 4-part web show aiming to illuminate the “emerging culture of transformational festivals" and the "immersive participatory realities that are having profound life-changing effects on hundreds of thousands of lives.”

This emerging culture is creating a global family and has developed a thriving ecosystem beyond festivals. Just as Burning Man inspired Burners Without Borders, Black Rock Arts Foundation, Black Rock Solar and even aspects of the Maker Movement, the empowered and hard-working transformational festival subculture is creating its own paradigm shift by supporting its artists, musicians, craftspeople and emerging leaders.

The Festival Fire guide and Keyframe-Entertainment are some of the groups that support the culture and are a great resource to learn more about the many festivals around the world. As the ethos of the culture spreads to the mainstream, more projects are spilling into the pavements of our cities, showing us all what humanity can create within a supportive community of awakened people. 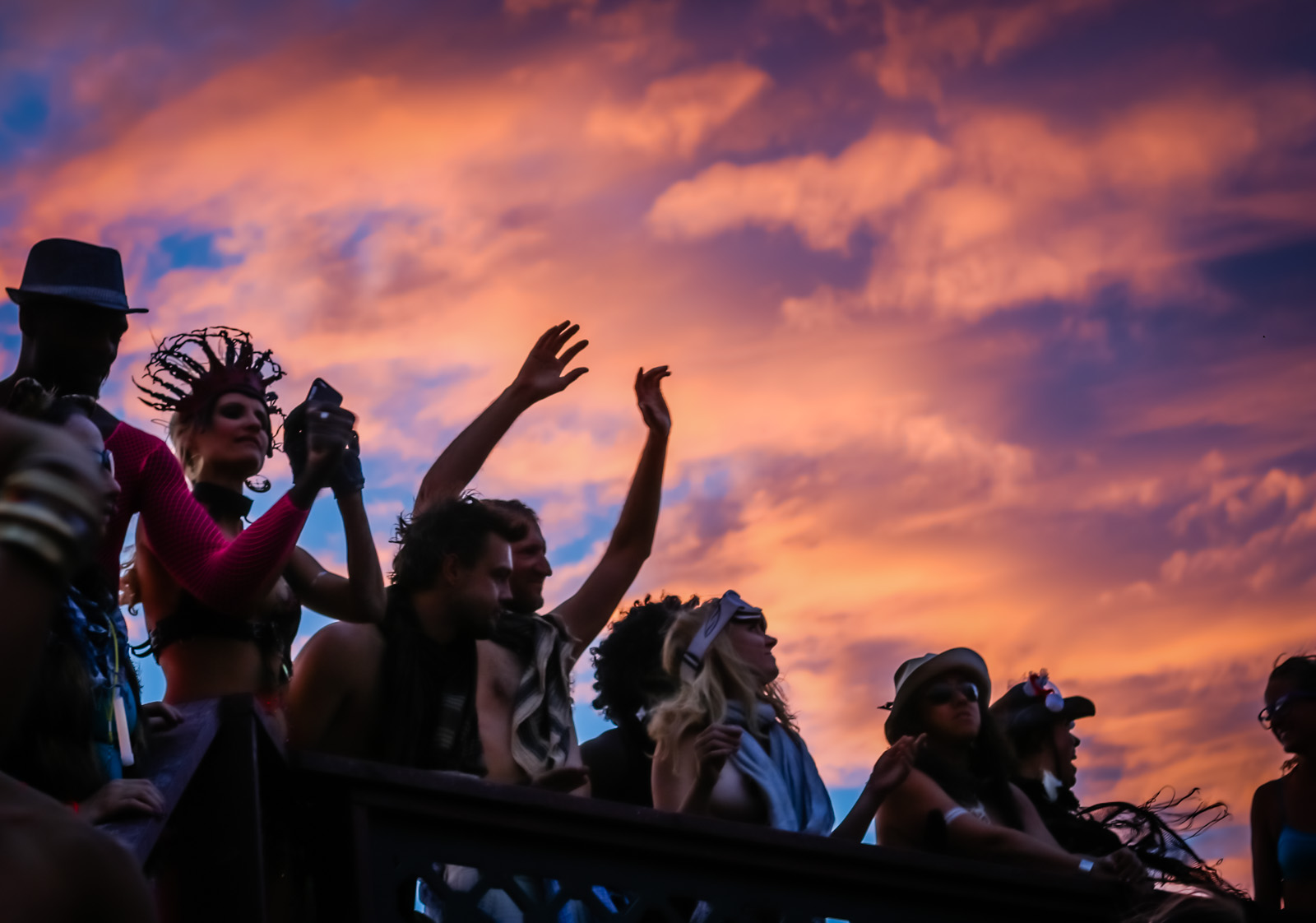 The Polish Ambassador, a fun and visionary music producer, has his own Permaculture Action Days, which most recently landed in Costa Rica at Envision Festival . During his Fall 2014 Pushing Through the Pavement: A Permaculture Action Tour, he visited 33 cities and hosted action days in which where people got their hands dirty building with their communities.

Another example of festival culture evolving is ReInhabiting the Village, a multimedia community resource project co-created by an alliance of visionary partners eager to share their knowledge and experience with the world. The project aims to share social technology tools, innovative templates, models, resources and information that are useful to communities everywhere.

So what’s next? Which transformational festival should you start with? If you are interested in healing, consider a yoga, meditation or flow arts festival. Looking for self-expression? Engage in participation and create your own camp experience. Looking for art and music? All these festivals provide those too. Let's make it extra easy: Here's a list of the 15 transformational festivals you should attend in 2015.

Don't be afraid to experience it all for yourself and support those energies that are elevating the multifaceted, transformational culture. There are vast numbers of immersive zones, modalities and music for you to explore at these festivals, ready to be brought back to your community and make a positive impact in the world.

Maya Zuckerman is a 13-year Burning Man veteran and has spent many more years of her life exploring the global electronic music movement.