You Can Help Electric Forest Set a World Record This Weekend

There are so many quirky aspects of Electric Forest to love, but one of the most interesting ones is the very altruistic Wish Machine. This year prior to its Michigan event, the fest put out a call for wishes of a better world submitted by its extended Forest Family. You can read more about the Wish Machine, as outlined on Electric Forest's page explaining it. To expand on that idea and welcome wishes that are less on the "I want to be the next Gandhi" tip and more in the vein of "I want to do as many silly things as possible at a festival," Electric Forest  set up the Book of Fantastical Feats & World Records, which is inspired by the Wish Machine and acts as an avenue for creative Forest Family to submit original record setting aspirations. It's basically a zany but endearing way to bring the Forest Family, The Forest Community, and The Forest itself together for a record-setting experience.

This year, the festival will partner with The String Cheese Incident for a record-setting aspiration submitted by Odai. Odai's wildest dream? To set the official forest record for the most people dressed as superheroes at one time. The festival urges attendees to "Dress as a cape-crusader that we all know and love, or dress as a cape-crusader that you just made up! Prepare your most sensational, spectacular, and super costumes, and help The Forest set the First Official Fantastical Feat & World Record!"

It all goes down on Friday, June 22, during String Cheese Incident's first set of the First Weekend at Ranch Arena. Wear your favorite superhero costume – "whatever makes YOU feel SUPER," the festival's website says – and meet at the start of The String Cheese Incident’s Friday set to join the Forest Family for this record-setting affair. If you want to join the event's Facebook group, there's still time. Here's the link. 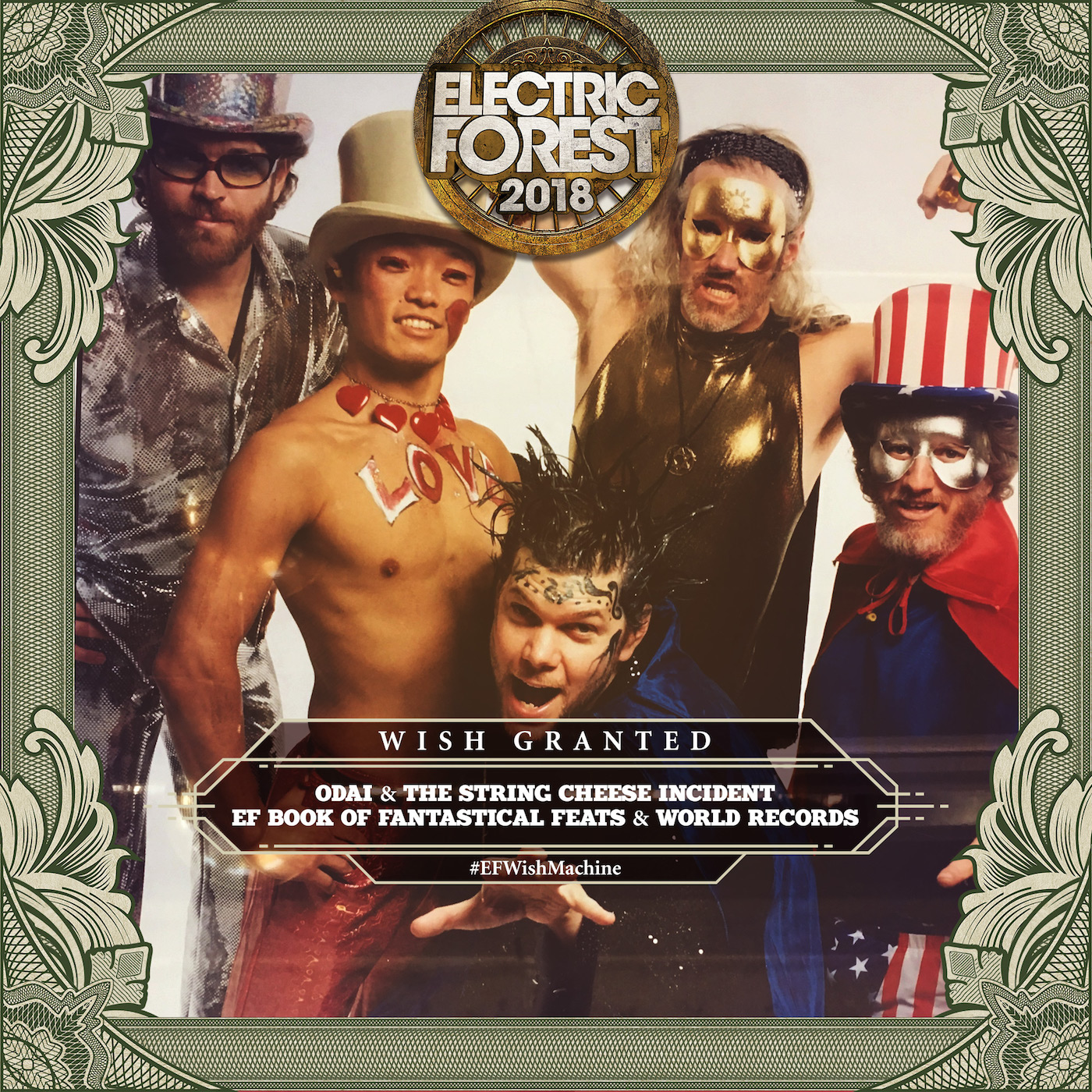 And it's not just some silly wish Odai came up with on a whim. He explains more here:

"Ever since I was a kid I wanted to grow up and be part of history. I always wanted to change the world and help people in need. That led to me loving the idea of superheroes, especially Batman because he proves that you don’t need superpowers to help save the world. Batman made me realize that you don’t need to have any special/super powers to become the person that you want to be, all you need to do is work hard to get there.

My friends and I decided that we are going to go to the Electric Forest this year, and decided to dress up as superheroes. I wanted to go bigger than that by breaking the Forest Record for ‘People dressed as superheroes,’ so I started a group called The Heroes Crew on Facebook and Snapchat, and started recruiting people to join our Crew.

The Forest is the perfect place to break such record because you’re surrounded by supportive and loving people. I just want to prove to everyone that nothing is impossible in this life and if a guy with a weird accent and a funny name such as me can break records then you shouldn’t let anything stop you from getting where you want to be.”