Somehow the clean, simple canvas of a desert can amplify the colors and sensuality of what appears on center stage at these festivals. Here are our picks for the top 10.

Known as “the event in the desert” by many Burners there’s a reason why there’s a “Survival Guide” to help people prepare for the inhospitable Black Rock Desert where temperatures can fluctuate as much 50 degrees in the same day. 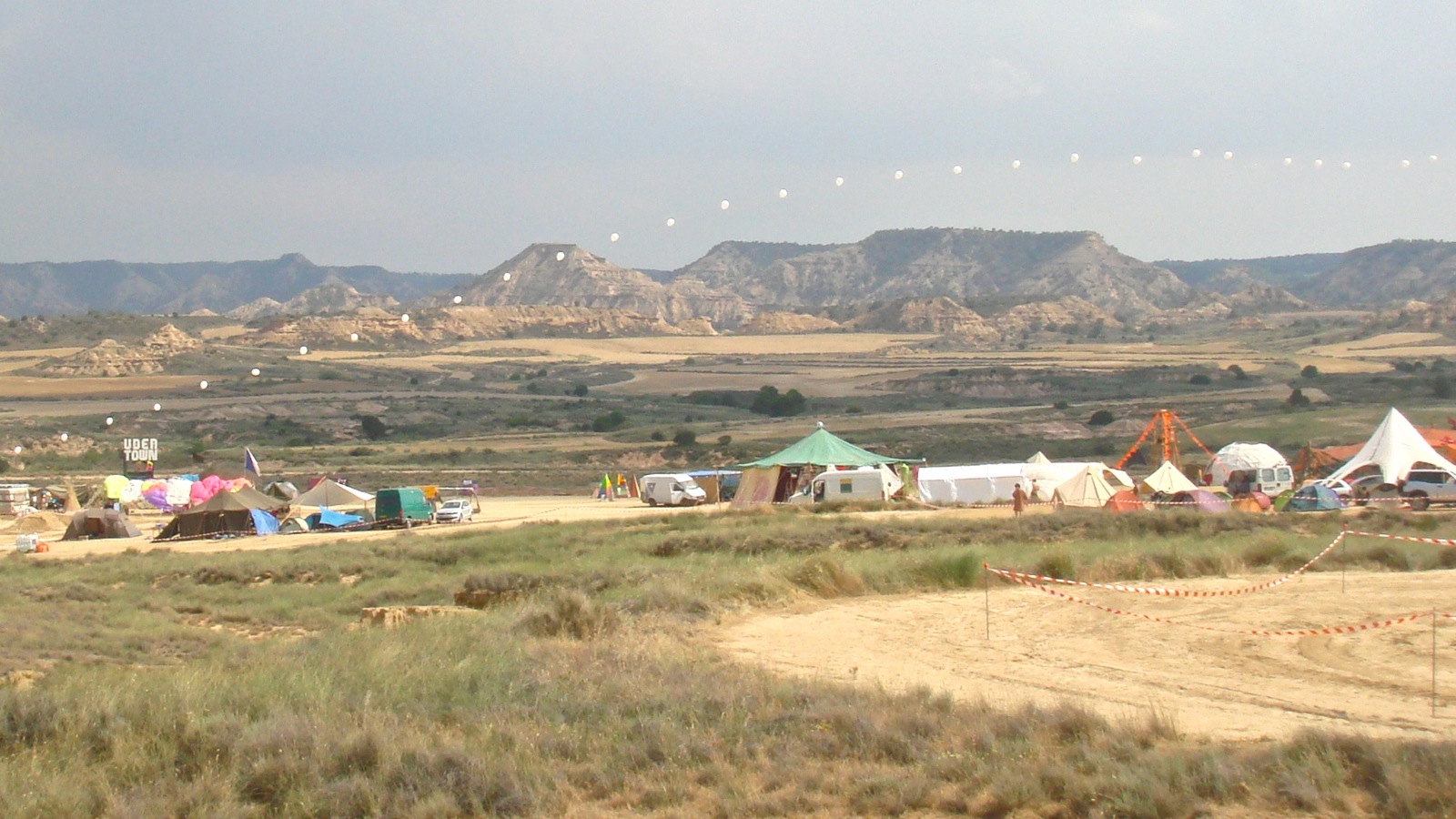 Many similarities to Burning Man (and much of the same audience), Nowhere is found somewhere near Zaragoza, Spain. Great for Europeans who want to get an experience of what Burning Man might have felt like 20 years ago.

The biggest rave in Spain, this festival lasts 22 hours in the Monegros desert. Many people don’t bring a tent as they just dance and party the whole time. Stunning location and fairly accessible from Madrid and Barcelona. 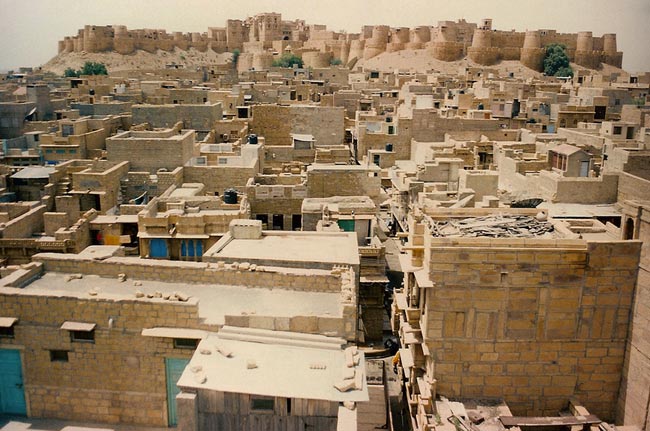 This three-day festival in the walled city of Jaisalmer near the border of Pakistan in the Thar Desert is a feast for the senses. Rajasthanis know how to dazzle with color, costumes, fabrics, and scents and this tribal gathering may have you coming back year after year. 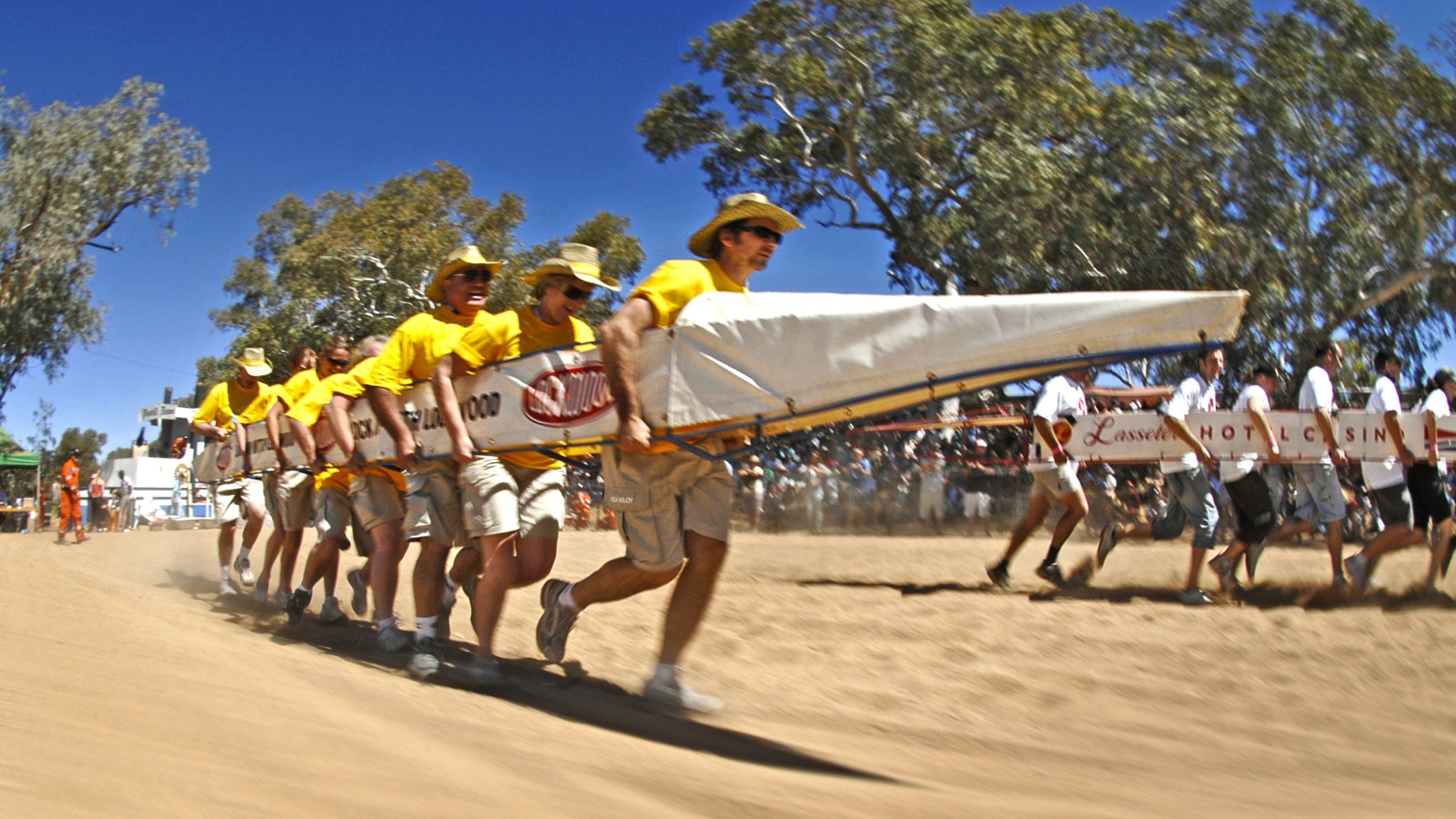 They have a sense of humor down under as they mimic, in the desert, what occurs at the Henley Royal Regatta in England each year. In faraway Alice Springs, people carry their boats in races in the dry bed of the Todd River. 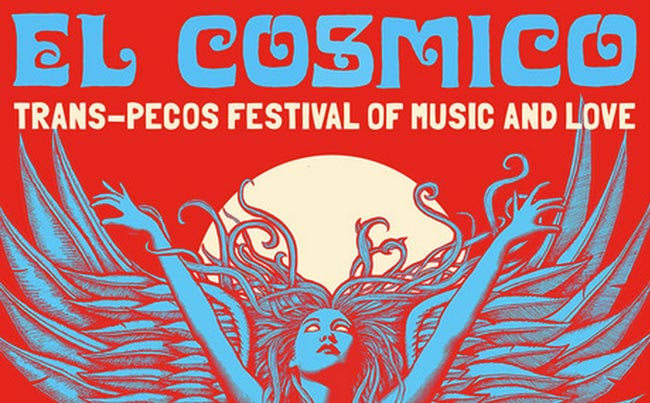 Marfa, Texas is an anomaly. A free-spirited artistic oasis in one of America’s most conservative states. True to this town’s libertarian roots, this arts and music festival is all about loving someone different than you under the big desert sky.

Festival of the Sahara (Tunisia) 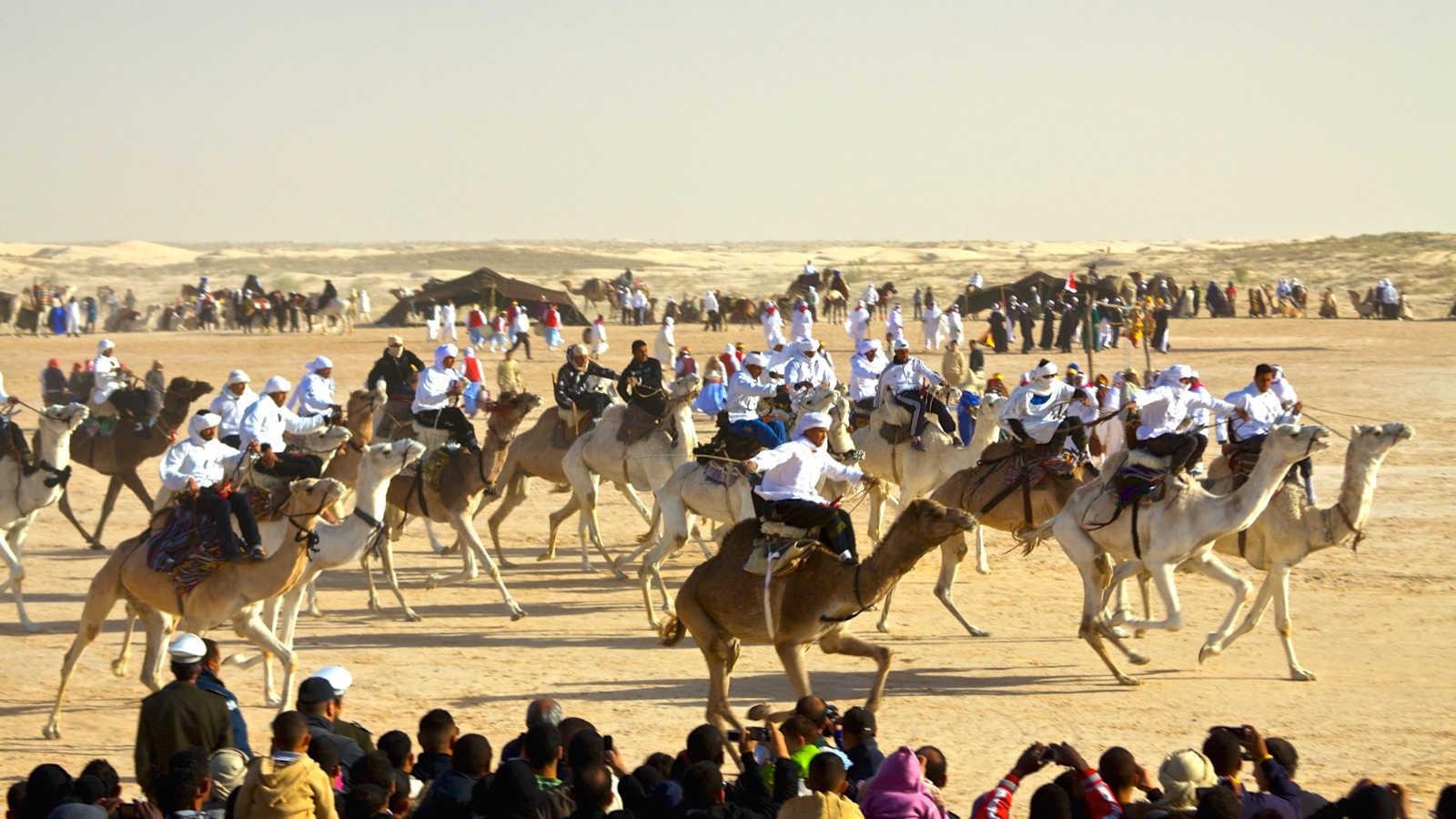 This gateway to the desert is also the center for the traditionally nomadic Mrazib people. Originally a camel fair, this has morphed into a glorious celebration of the arts and culture of Bedouin people. Visually spectacular. 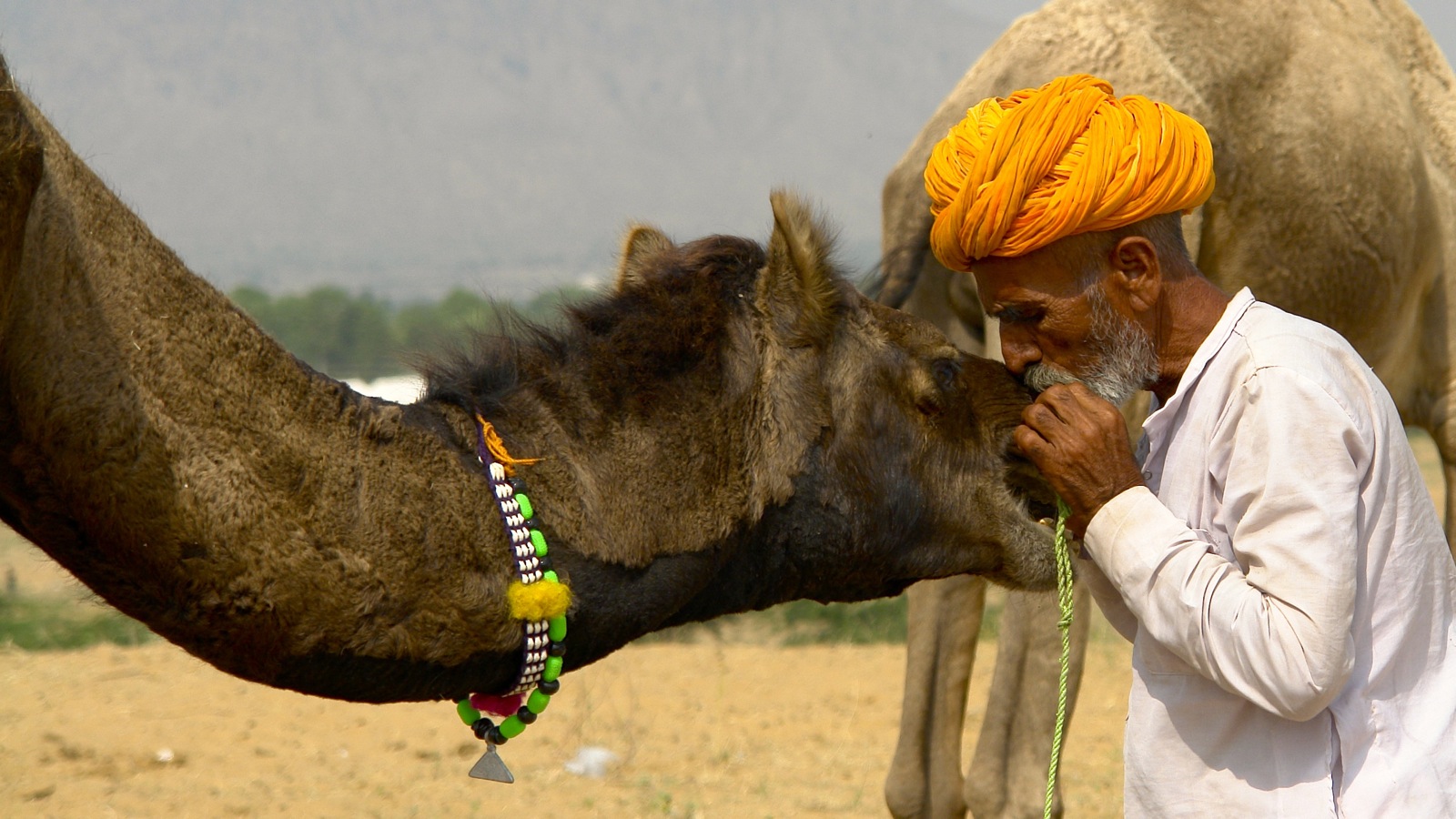 One of the great desert festivals, Pushkar is a small, sacred town clustered around a lake. This is where Mahatma Gandhi’s ashes were scattered and just before the November full moon, you’ll see 50,000 camels and 200,000 people in a celebration that feels downright medieval. 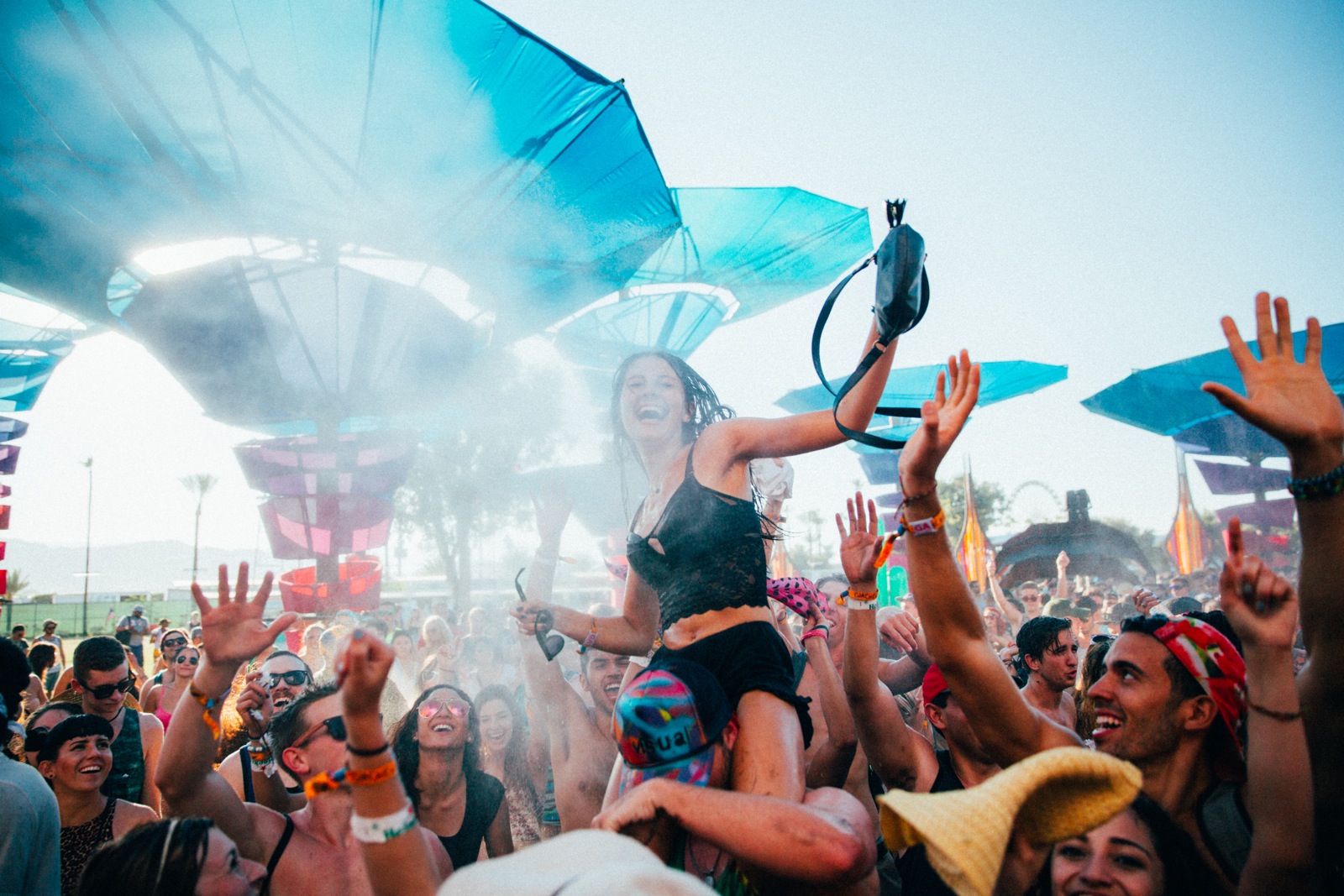 Yes, this celebrated music festival is in the desert east of Los Angeles. No, it doesn’t feel like you’re in the desert as the Angeleno sprawl means there’s ample supply of Holiday Inns and Denny’s. But, the Joshua Tree desert isn’t far away and is a highlight for anyone looking for a respite from the concrete.

Abu Simbel is one of Egypt’s most spectacular sites with huge statues of Ramses’ achievements. This biannual festival on February 22 and October 22 starts at 3 am and is full of music, dancing, and feasting near  the Nile.