14 of the Most Affordable Festivals in Europe

There's no doubt festival adventures – especially if they're across the pond – can take their toll on your bank balance. Some of us have to save up all year just for that one amazing weekend away. Of course, the memories and experiences we take away from our time at festivals are pretty much priceless, but sometimes it would be nice to also come home with some money left over. Fest300 put our star-spangled research hats on and compiled this list featuring some of Europe's most economically sound events so you can save on those dollars and cents.

Billed as the biggest free open-air festival in Europe, Danube Island Festival (also known as Donauinselfest) is going into its 33rd year in 2016. Organizers are expecting three million people to hit the long, narrow stretch of land in the centre of the Austrian capital, Vienna, where it takes place. A strong contingent of Austrian acts top the bill with drum-n-bass wizards Camo & Krooked and DJ Flip Capela reppin’ for the local talent. Expect good music, nice vibes and an amazing location. All for free!

Until last year, Belfast didn’t have its own electronic music festival, despite the city’s rich history with the almighty Shine club, influential old school heads like Phil Kieran, and contemporary exports such as Bicep, Ejeca and Space Dimension Controller. AVA was launched by Sarah McBriar, whose brother Matt is one half of Bicep, and it got off to a roaring success. Not only does it include a killer lineup of top house and techno acts, but it also involves a conference, all for a ridiculously reasonably ticket price.

One of Europe’s most famous festivals, Roskilde represents everything that’s great about the communal music experience, from eco-conscious policies, to incredible lineups, on point production and a fantastically in-tune clientele. Considering how long it’s been around (since 1971) and the sheer size of the lineup Roskilde is surprisingly affordable. LCD Soundsystem, PJ Harvey, Tame Impala, Wiz Khalifa, New Order and a whole host of other huuuuge acts (175 in total) for eight days, all for just over $300? It’s a no-brainer really…

Just because a festival is cheap, doesn’t mean you should have to deal with a crummy location and/or lineup. Edge Of The Water in Switzerland proves this by offering a stunning site (next to Lake Geronde) and an equally inspiring selection of artists to make it a memorable adventure for anyone with the motivation to get there. It’s around $36 for a three day pass, that’s $12 per day…a superb value for money.

How about some jazz, soul and funk by the sea in one of the most picturesque and relaxing parts of central Europe? Montenegro is right next to Serbia, on the Adriatic coast. It’s nice and toasty during the summer months, becoming a hotspot for watersports and beach activities. Southern Soul’s music policy is absolutely perfect for the glorious sun-kissed summertime. Tickets are just under $100 for four days of chilled-out vibes.

Peckham in southeast London has become "cool" thanks to a little bit of media hype a few years ago, together with several great music hubs and an influx of young professionals trying to get their foot on the property ladder. This year, the neighborhood gets a multi-venue festival with a plethora of underground acts on the bill, new and old. The most expensive tickets are priced at $65, which is not bad at all for three days of parties fueled by acts including techno pioneer Juan Atkins, Benji B and Mickey Pearce. 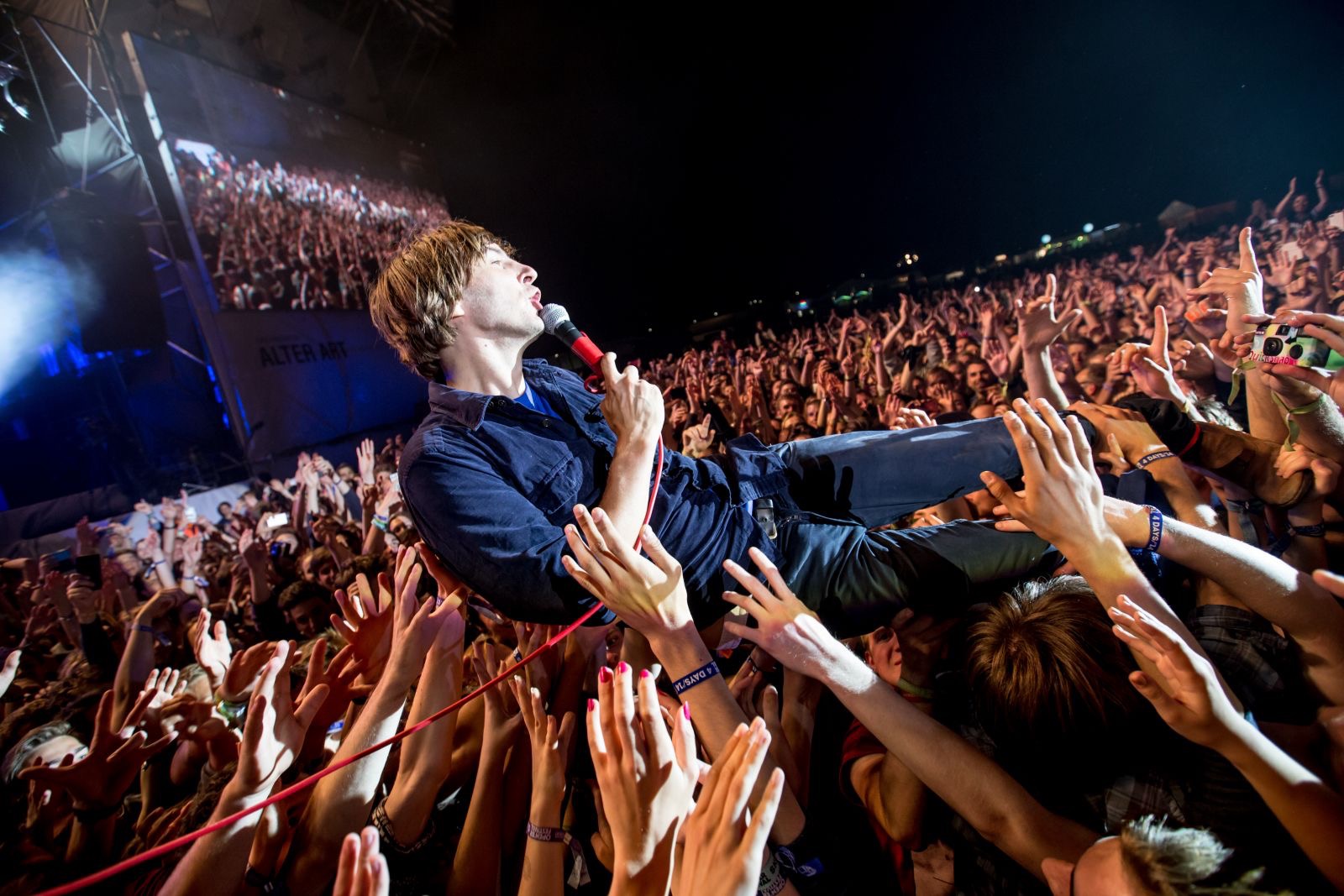 In Poland Open’er gives you the chance to party in an actual airport. Red Hot Chili Peppers, M83, Florence + The Machine, Kygo, Bastille and many others will grace the stage at this epic event, which is held across four days. A four-day ticket (with camping) is only $140, really good value considering the caliber of acts on the bill and the mind-blowing location.

In the north of the UK, in Sheffield, a festival called Tramlines reps for the low-cost end of the festival spectrum. Previously a free event, in recent years organizers have begun charging those over 12 years of age, but the price is still a snip compared to some of the bigger festivals out there. $60 for a full weekend ticket, or $90 for a VIP upgrade? That’s what we call Tram-endous!

We Are FSTVL exploded on to the UK festival market with a huge entrance just a few years ago. Since its inception in 2013, We Are FSTVL has won a couple of awards, including "Best New Festival" in 2013 and "Best Dance Festival" in 2015. The lineups are stupendous, the production awe-inspiring and the general vibe is fun-packed from day into night. All of the biggest names in electronic music for just under $145, which is probably the bargain of the year.

London Warehouse Events are masters of large-scale parties in the capital, and this year they hold their first one-day festival at a killer location over in the west of the city. Never used before, Boston Manor Park combines rural and industrial settings to great effect. A potent selection of techno royalty will perform at the festival, including giants like Adam Beyer and Nina Kraviz. It’ll cost you just over $60 for the privilege of visiting Junction 2, which is pretty damn good.

Gottwood is hailed by many as one of the best boutique festivals in the UK, bar none. Its lineup curation and focus on the arts, giving festies a unique, immersive experience is definitely way up there with some of the best. Its intimate size and setting make it an unforgettable experience. With such a sterling reputation Gottwood could charge over the odds for tickets, but sensibly (and honorably) cap the ticket cost at $216. Sadly, tickets for this year’s event are sold out, well over a month before it happens – proof of how popular it has become.

Over in Serbia, Exit has flown its the festival flag for nearly 20 years. It boasts one of the most diverse, eclectic lineups of all European festivals and takes place in the vast expanse of the Petrovaradin fort, which overlooks the Danube river. To list all the acts appearing would take way too much time and energy, and to list all the reasons why you should visit this amazing event would also be an exhaustive process. Let’s just say that the money you will pay for four days at Exit Festival is probably the best $162 you’ll ever spend.

A few days in Spain is always a good idea. Here in the UK it’s one of the most popular holiday destinations, due to its proximity to our tiny little island, and the fact that it’s so cheap to get there. Festival-wise, Bilbao BBK falls into the lower end of the price bracket, which makes it an essential stop off if you’re coming to Europe and fancy a festival that won’t make much of a dent in your traveling budget. Tickets start at $150 for a three-day pass and camping. Perfecto!

House, techno, drum-n-bass and lots, lots more are on offer at this festival based in Cornwall, way down in the southwest of England with established acts like Groove Armada and Basement Jaxx on the bill alongside more contemporary performers like Ben Pearce and Julio Bashmore. Over the past 10 years it has become a “multilevel party kingdom” of sorts, with lots of themed stages, enchanting production and all the revelers dressed up in silly, fancy dress. At just under $150 for the most expensive tier of their weekend tickets, it’s definitely one to put on your list.