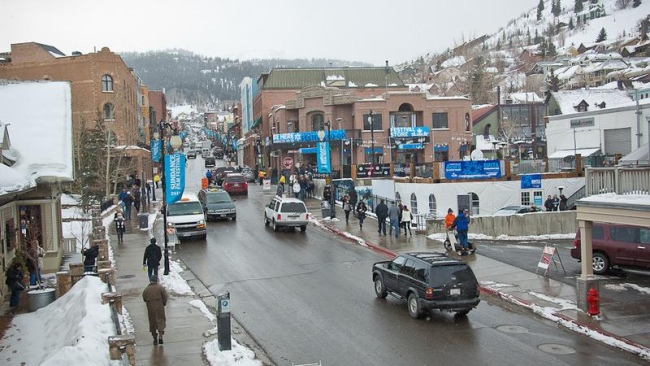 Photo: The Cosmopolitan via Wikimedia Commons

Here’s the regimen: Get up early, catch a 9 AM screening of a film, hit the ski slopes for a few hours including lunch, catch a late afternoon film, an early dinner and then two films (hopefully relatively short ones) after dinner. Then, get up and do it again for 3-4 more days. I’m getting buzzed just thinking about this as I’ve lived by this regimen all four times I’ve visited the Sundance Film Festival.

As for skiing, the in-town Park City mountain is very convenient although nearby Deer Valley is popular with many skiers because it’s one of only three U.S. resorts that prohibit snowboarding…so it appeals to an older crowd. I’ve enjoyed The Canyons which is about 10 minutes outside of town, partly because it’s a little more affordable to stay there and has great day pass rates and one of the largest collection of ski runs in America. And, if you want to cross-country or snow-shoe, check outWhite Pine Touring as they do guided tours.

It’s hard to have this efficient schedule if you go to films at Salt Lake City, Ogden, or the Sundance Resort so it’s important to check the Sundance website to make sure the tickets you’re purchasing allow good proximity between venues. The Sundance website is a helpful resource including helping you to figure out what kind of ticket package to buy. If you’re a real film buff, I’d splurge and get the festival pass although it requires advance planning as you have to start the process in the late summer or early fall. Buying individual tickets is also possible, although difficult for the most popular films. The Sundance box office in Park City is a great place to hangout, as chumming it up with the ticket sellers there can help you learn when new blocks of tickets may be coming on the market. Plus, people return tickets last minute which might give you the opportunity to be one of the first people on the planet to see next year’s Oscar winner for Best Picture months before all your friends.