I’m a master at getting to the front, or at least as close as possible. At Electric Daisy Carnival Las Vegas in 2011, I maneuvered my friends up to the barricades midway through Tiesto’s set at the main stage. At Coachella in 2012, I, after leaving for the restrooms, returned to my group who were front and center during David Guetta in the Sahara Tent. In 2017, Coachella's Do Lab stage  attracted a large crowd that overflowed its enclosure. However, we found our way to the front, with plenty of dancing room, by creeping up on the side of the stage.

Being as close as possible and dancing with thousands who share the same love for the music that I do is an invigorating experience that makes festing all the more fun. Conquering an overcrowded stage takes creativity, confidence, and courtesy, and with these simple tricks and tips in mind, you too can get to the front of the stage. 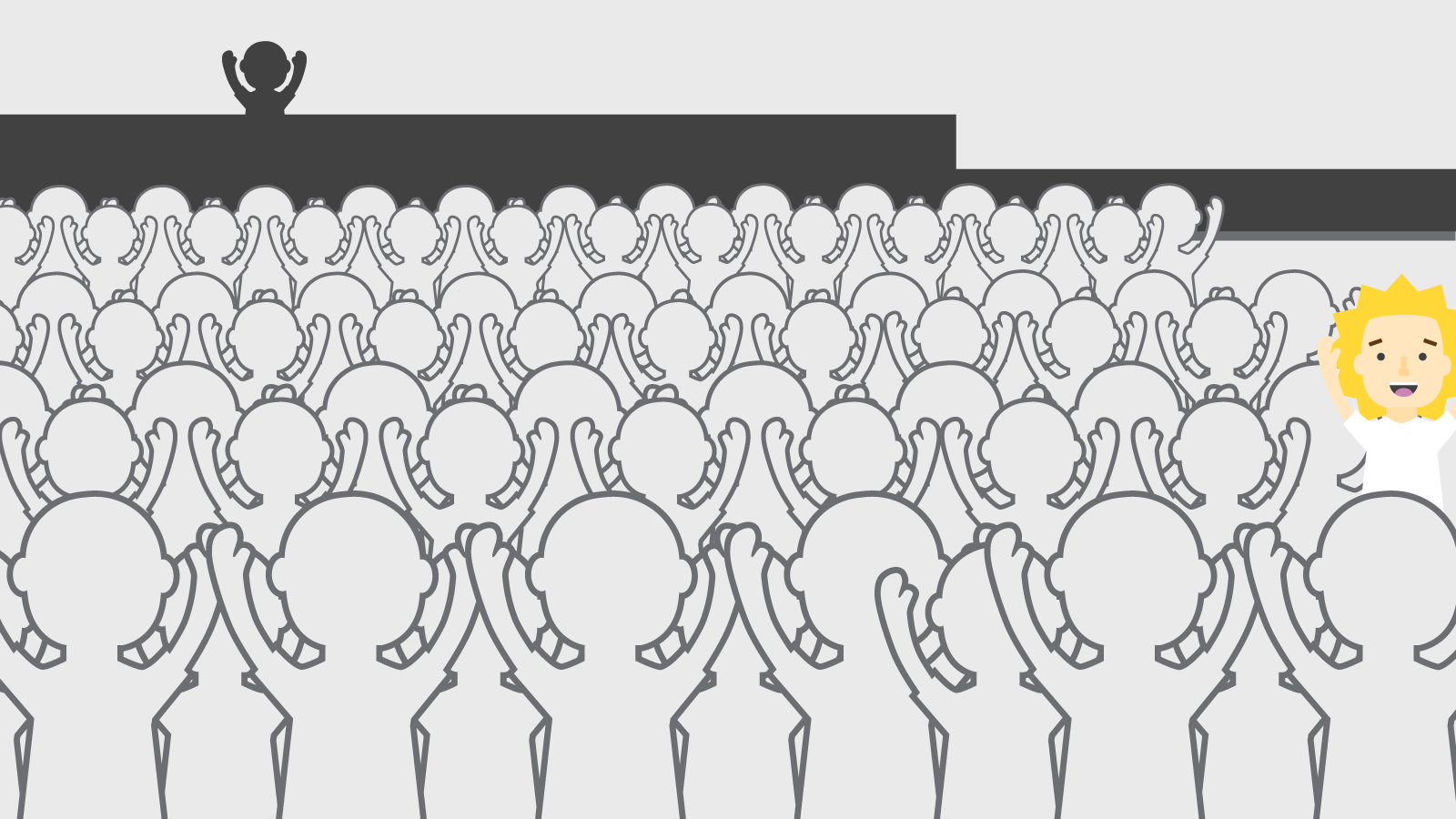 The perimeters of crowds and stage enclosures are always more thinly populated, especially if there’s a side confined by a wall or fence. Enter from these areas and inch your way towards the middle.

“Please,” “excuse me,” and “thank you” will part the seas. Make eye contact, smile, and say these magic words to get where you want to be. Don’t be “that guy” or “that girl”....no one likes aggressive festival-goers who push through the crowd while disrespecting personal space and boundaries.

Sacrifice an artist or two – and bathroom breaks – to see your Top Five. Get there early and gradually shuffle your way to the front while the crowd is thin and people are coming and going. Look for pockets in the crowd and dash in deep while everyone is leaving the stage.

Fan Your Way Through

Trust me, this works splendidly. We’ve all been there, sweating our buns off on the floor, hoping that a small breeze will whisk by to cool us down. Bring a fan and you’ll be the Wind God for your fellow festival-goers, who will graciously move out of your way so that you can get to where you want to be.

If you see a lofty lad or lady moving up to the front, take note. People will naturally move out of their way. Tail behind him or her and when you’ve gotten to your desired destination, scurry away from him or her for a more unobstructed view.

Attach to a Group

Keep your eyes out for an entwined group of people snaking their way through the crowd. Join them at the tail end and pretend you are part of that group to help you get closer. This trick does wonders getting out of festival crowds, as well.

If you’ve flanked the sides and are still struggling to get closer, make a friend or two. Express your (honest) goal of getting to the front and if the festival-goers are positive and polite enough, which they usually are, they’ll help you out. This is how I was able to get back to the front of David Guetta when I left for the restrooms.

When all else fails, crowd surf your way to the front. It’s exhilarating, until you faceplant. Be vigilant, and (hopefully) this won’t happen to you.

This article was originally published in May 2016.