8 Awesome Ways to Give Your Festival Wristbands New Life

What is it about these small pieces of fabric we wear on our wrists at festivals that makes them so important, and what do they represent?

We asked Tucker Gumber, aka The Festival Guy, that very thing. He said that these days, “a festival [wristband] is more than a ticket stub, it proves you were there and experienced something wonderful. By keeping it on, the wristband becomes a conversation starter when you run into other people who went to the same festival.”

Back in the day, people would keep their ticket stubs. Today, people treasure their wristbands as keepsakes of defining moments, whether that means wearing them proudly long after their festival experiences are over, or going a step further to make their wristbands an out-of-the-box style statement. 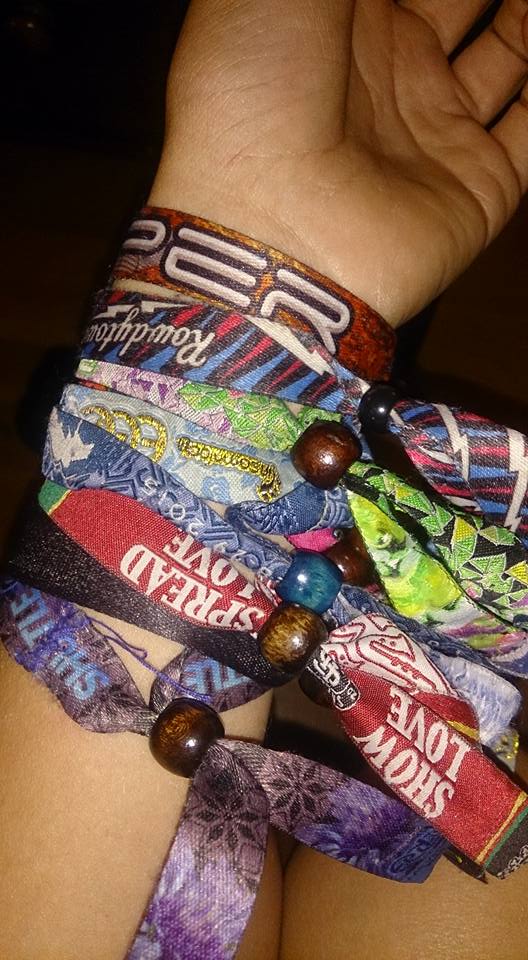 Some like reader Makayla Kelley suggest adding wooden beads to make your wristbands removable. This is probably the most practical way to sport them repeatedly as wristbands, but still keep their original "look" intact. 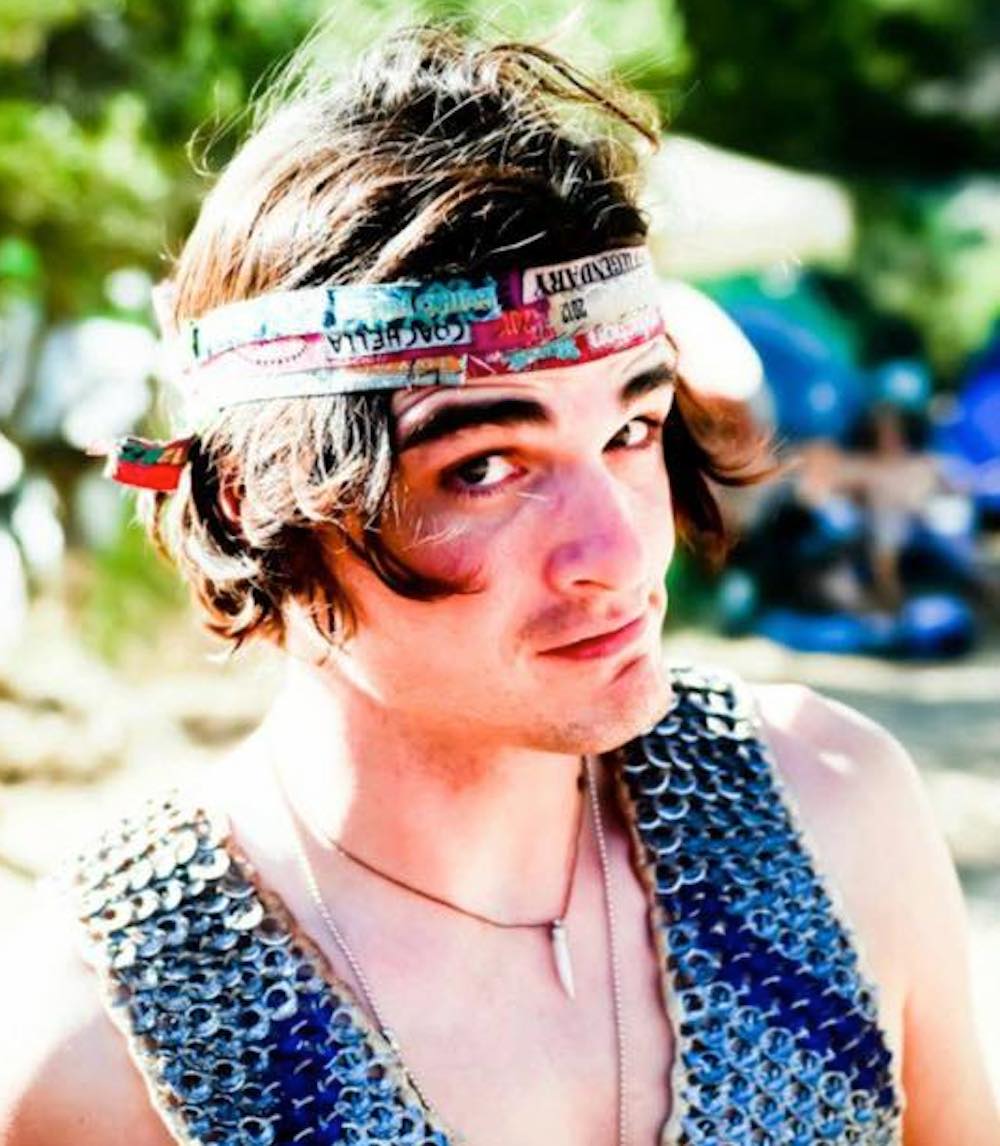 In his early days of festival-ing, Tucker Gumber created an actual headband that he could wear, reminding everyone that, in addition to having been to many festivals, but he also knows karate.

Sew Them Onto a Camera Strap 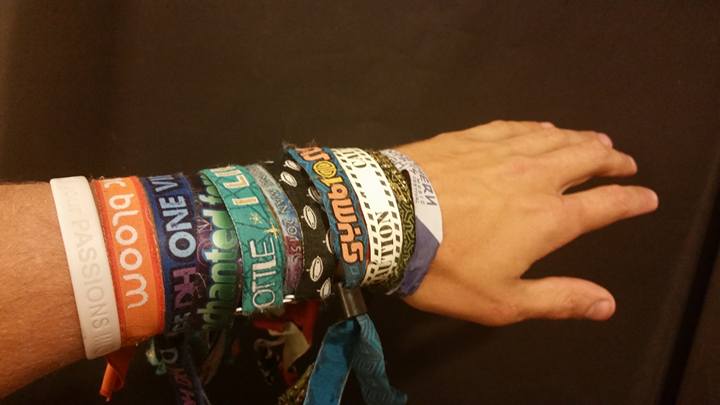 Reid Godshaw, Harmonic Light’s sage of psychedelic snapshots, has plans to turn all the festival wristbands he has around his wrist (above) into a camera strap.

Let ‘Em Jangle on Your Ankle 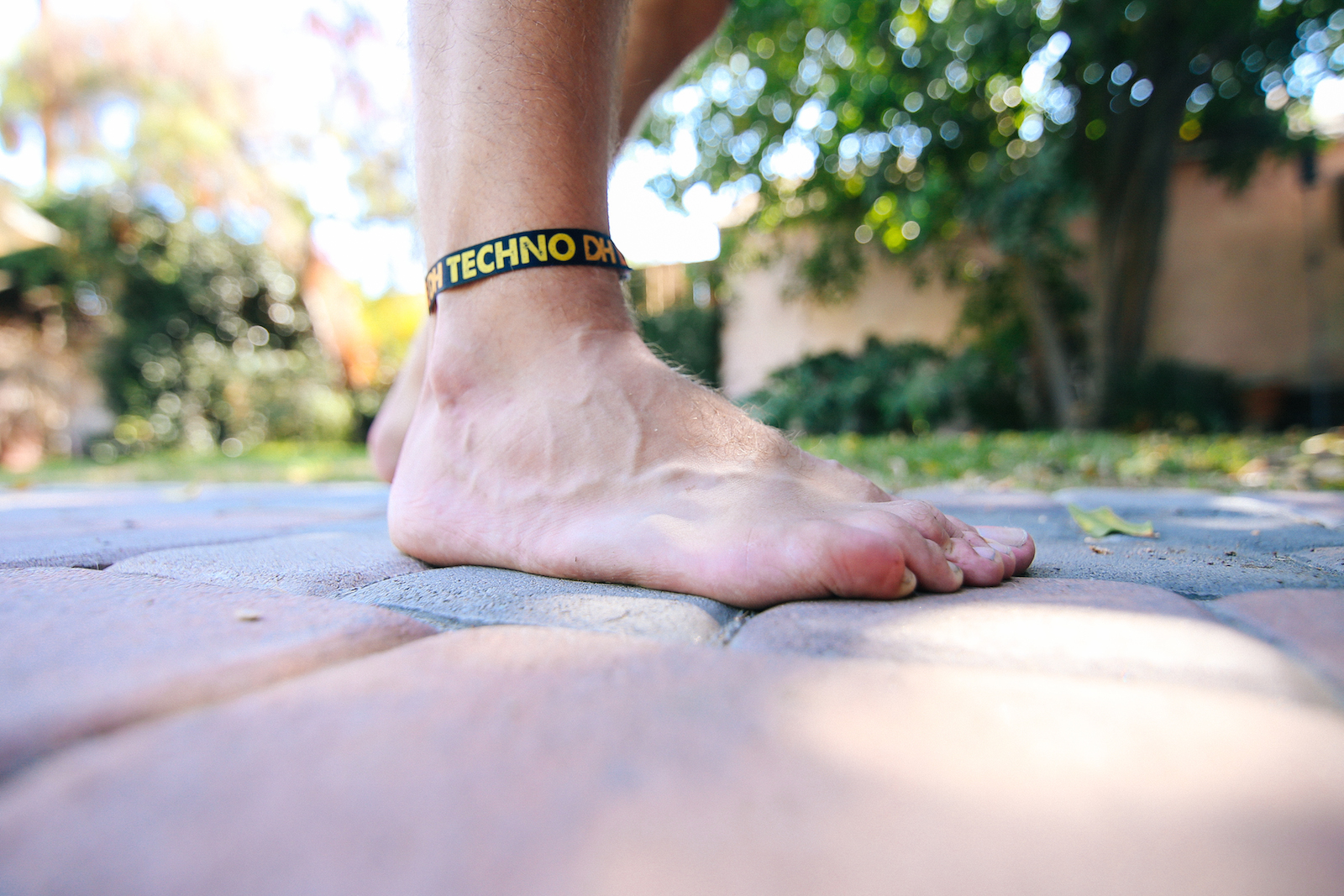 If that wrist is getting crowded, or you’d simply prefer to be different, you can always turn that bracelet in to an anklet. Want to turn some heads? Add bells and make your dancing a source of music – or comedy. 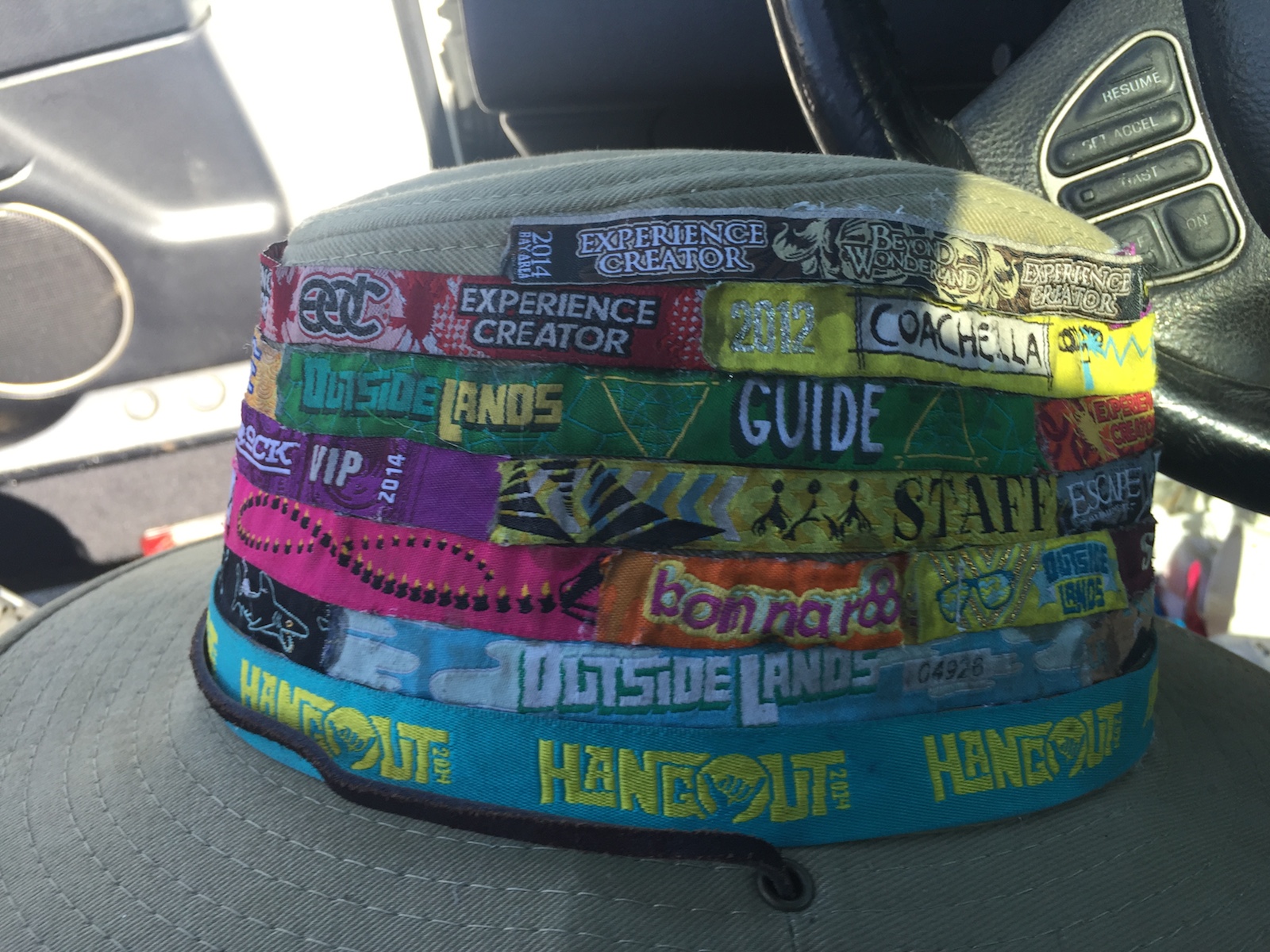 Your friends will never lose you in a crowd again.

Sew Them to Your Jacket 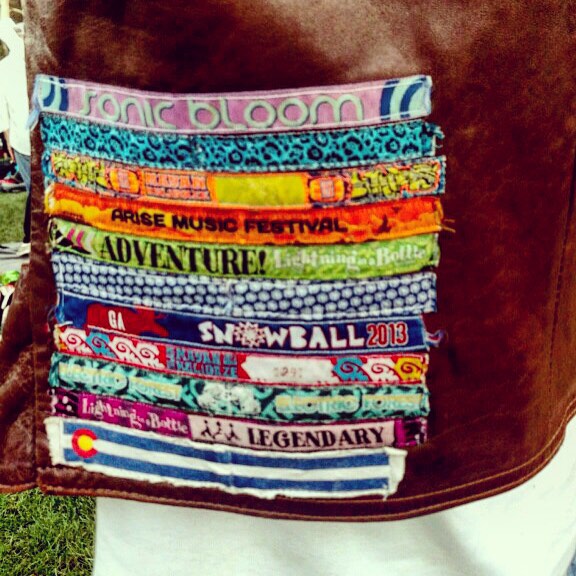 So they can help warm you up when it's cold out. 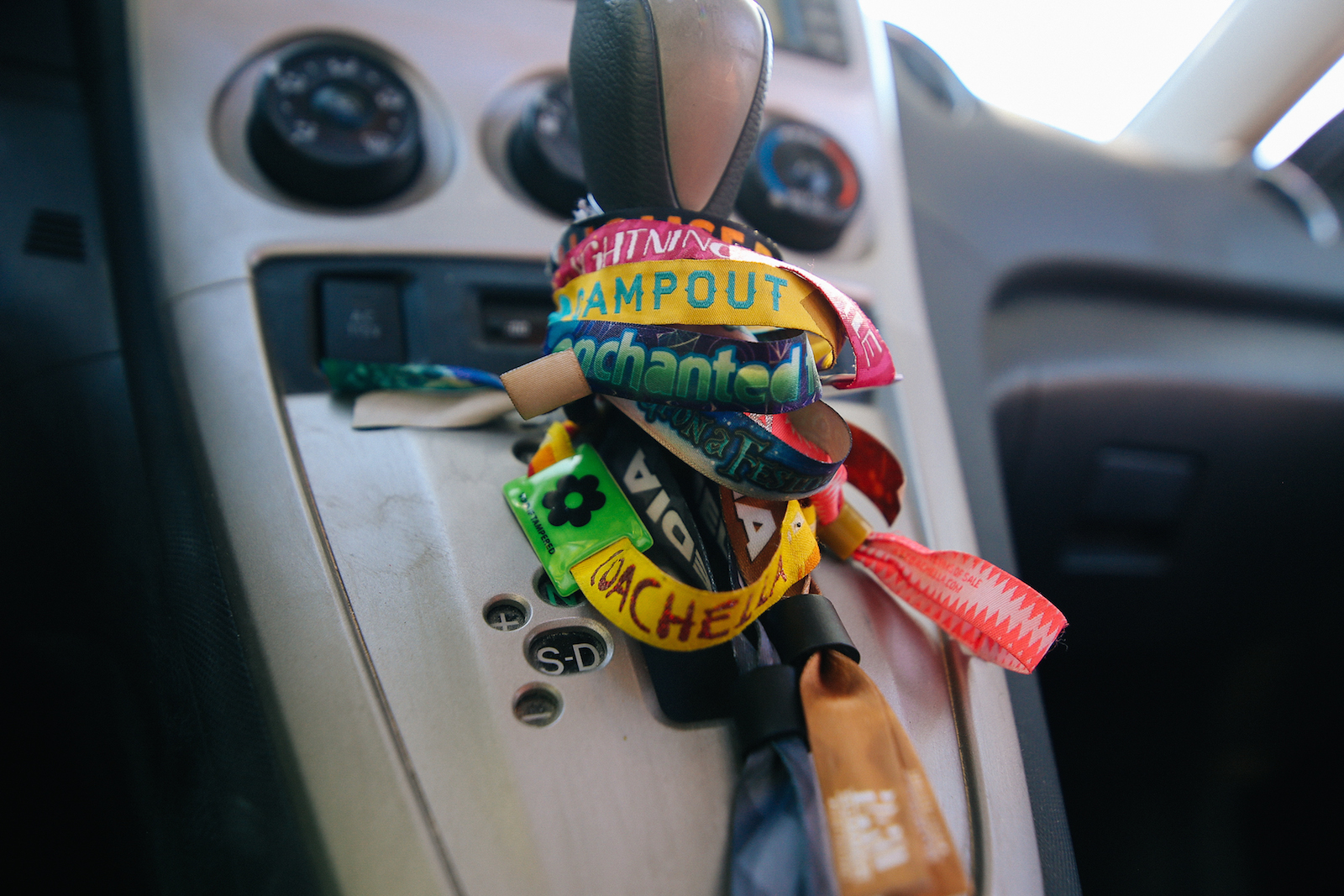 They make great conversation starters for those who tend to carpool, and add major flair if you’re an Uber or Lyft driver.

Rock Them On Your Rearview Mirror 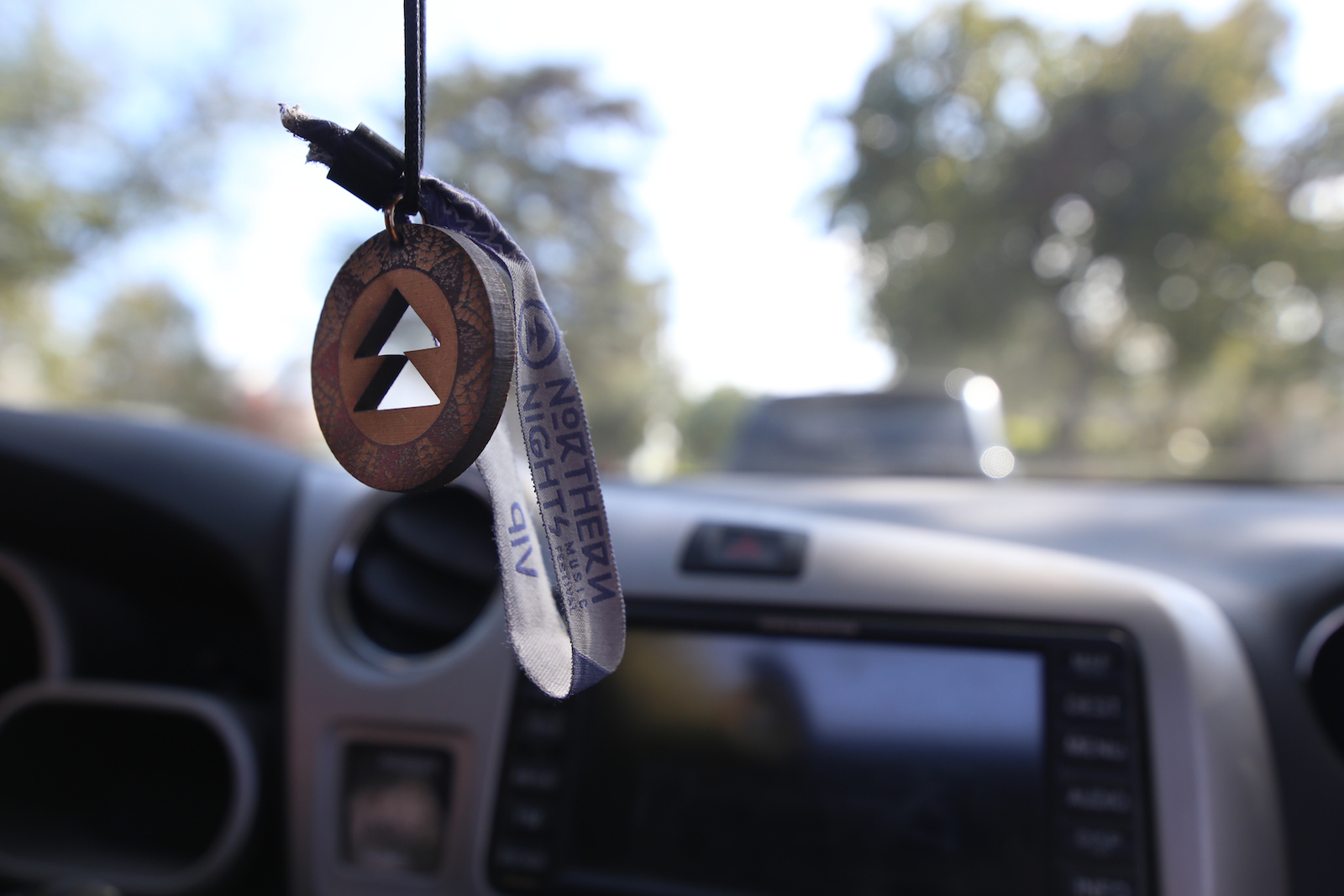 There’s always the rearview mirror, to always remind you to keep eyes on the road, towards the next festival.

Bonus ideas include making your wristband a zipper pull on your jacket, or wrapping them around your car seat belt to jazz up the act of buckling up. How do you wear your wristband after the festival? Tell us in the comments below.